book a room
$356 avg. room rate
book venue space
unlock to view pricing
Send messages & view rates of your favorite venues in one spot.
magazine | Travel | New Hotel Openings
What Happens When You Take One of LA’s Hippest Hotels and Give it a $22 Million Redesign?

When you renovate one of LA’s coolest hotels, there’s a lot at stake. For ten years, the SLS Beverly Hills has been beloved for its whimsical vibe courtesy of original interiors by Philippe Starck, proximity to LA’s most coveted neighborhoods (including Rodeo Drive and The Grove), and ability to attract the City of Angels most illustrious crowd. Now after its $22 million redesign, it’s latest re-invention has been revealed. And let’s just say: we weren’t disappointed. Read on to discover what to expect during a stay at the new and improved SLS Beverly Hills. 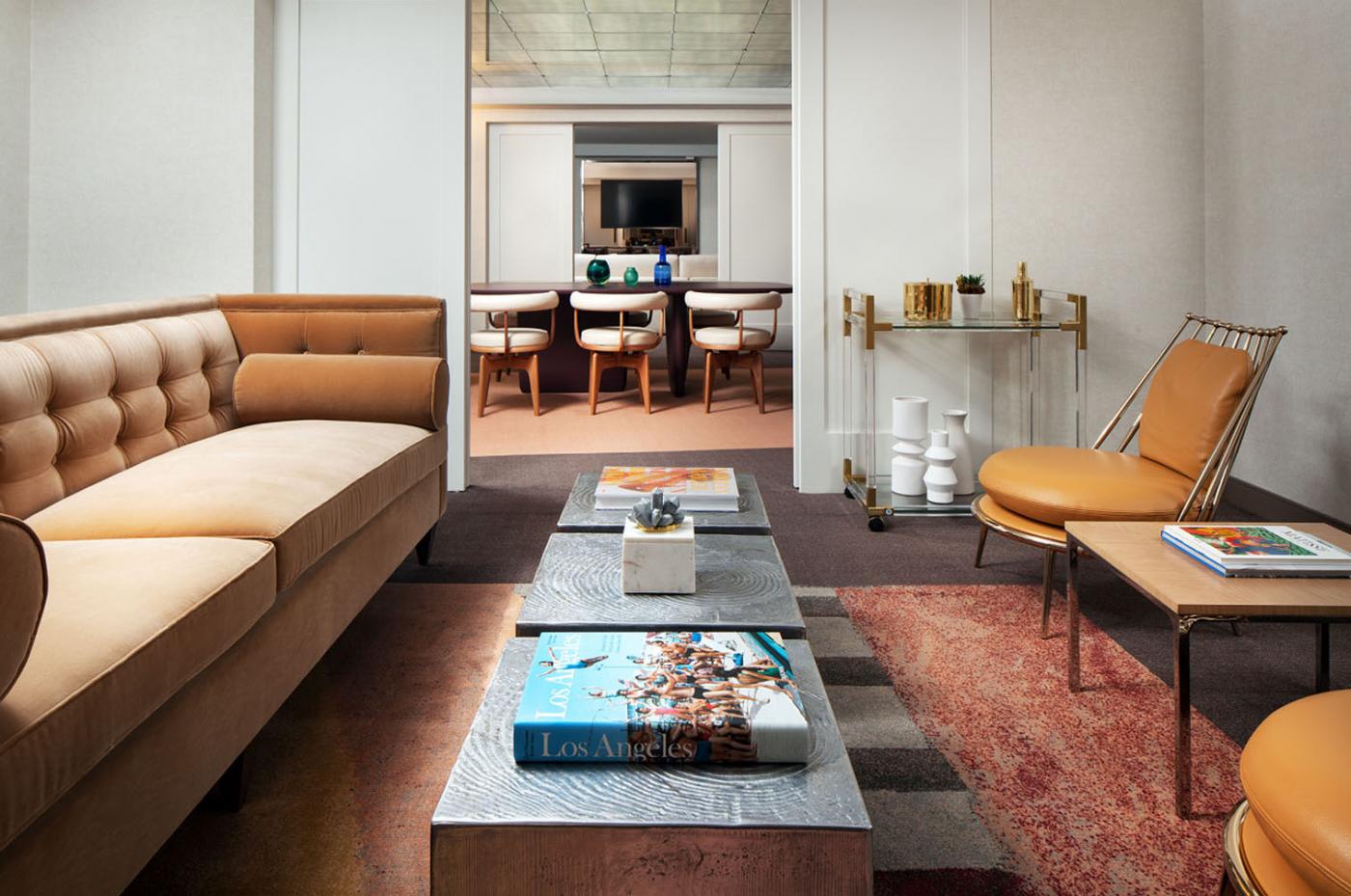 Imagine the challenge: to strike a balance between the original whimsical vibe of the hotel while adding just the right dose of modern flair. Thanks to the work of Dakota Development, Muzeo, and Avenue Interior Design, the SLS’s new look manages to be lighter and brighter while still maintaining a major emphasis on the playful. From accents such as oversized mirror panels and white oak and Carrara marble to custom-made light boxes and vintage maps of Los Angeles embedded above the media centers the SLS’s new interiors are exactly what you would hope for from the brand: equal parts elegant and irreverent. Need more proof? Look no further than the colorful illustrations inside the armoires, which depict the brand’s spirit animal, the mischievous monkey. What’s more, serious jetsetters will be happy to know that during the revamp the hotel has added two new suite categories, including the One Bedroom Suite and the One Bedroom Deluxe, which both feature private living areas. In LA to live like a celebrity? There’s no better place to do so than the new 1,900 square foot Presidential Suite which boasts four (yes, four) separate rooms including a study filled with a collection of LA-inspired artwork and reading material. 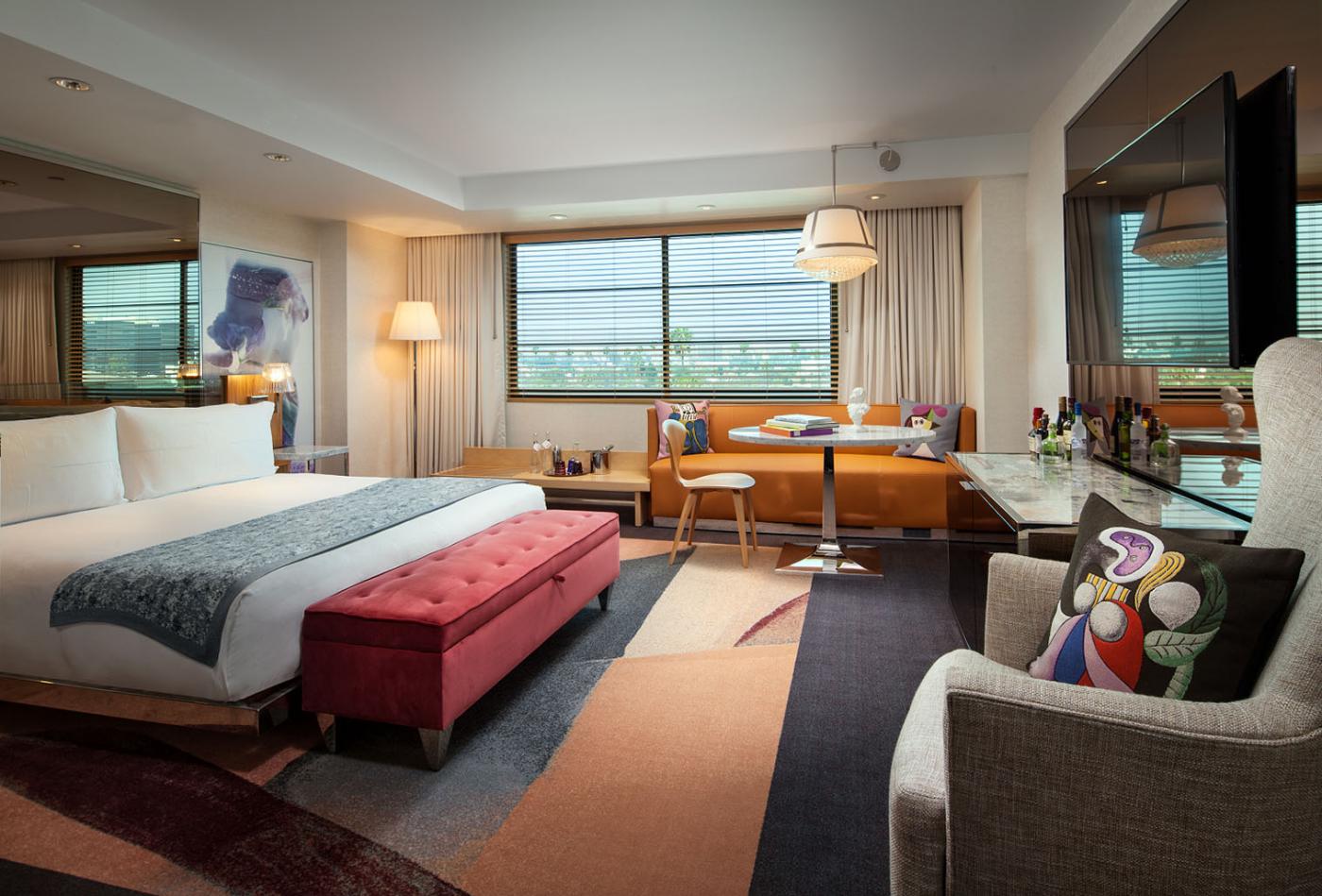 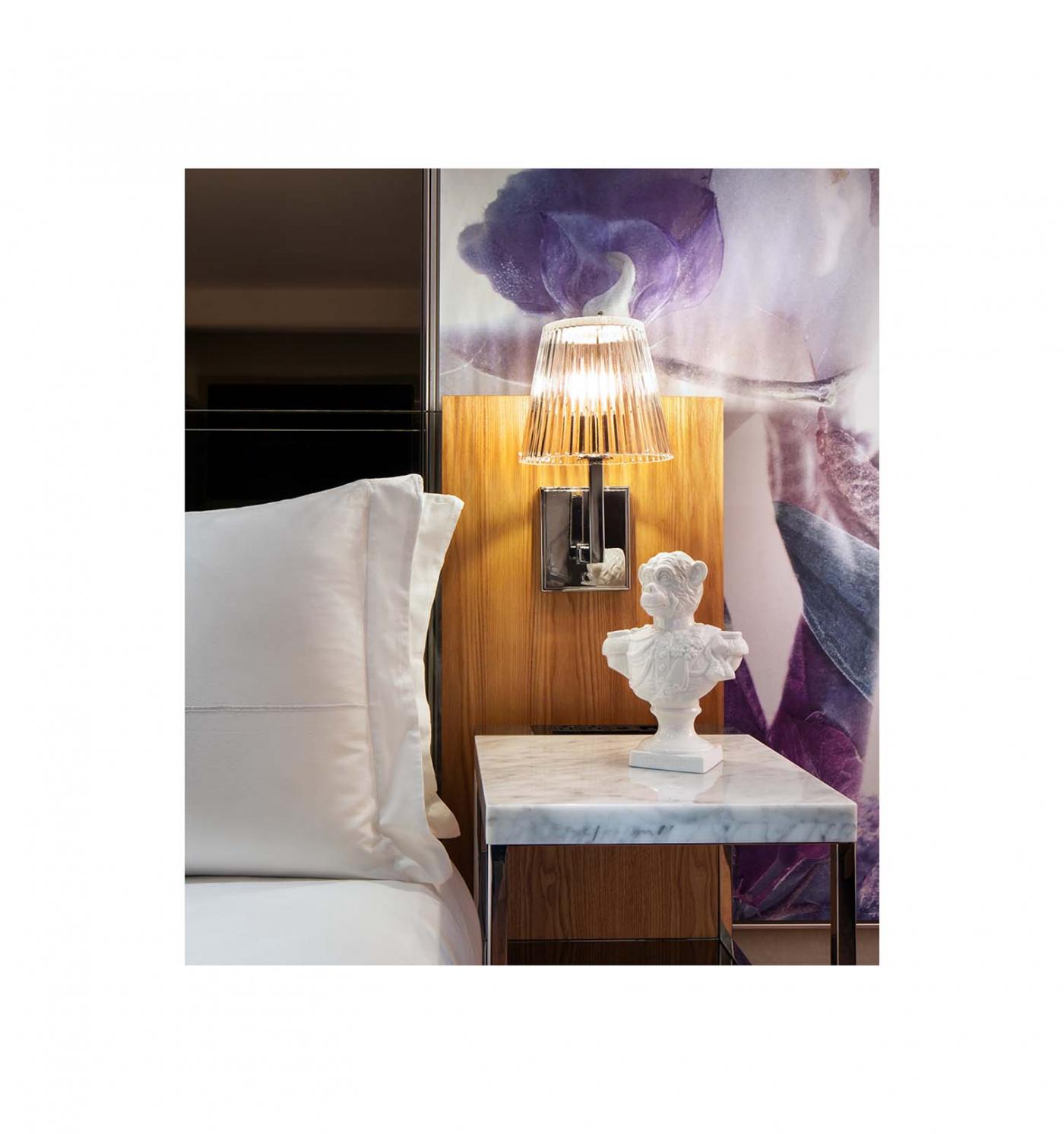 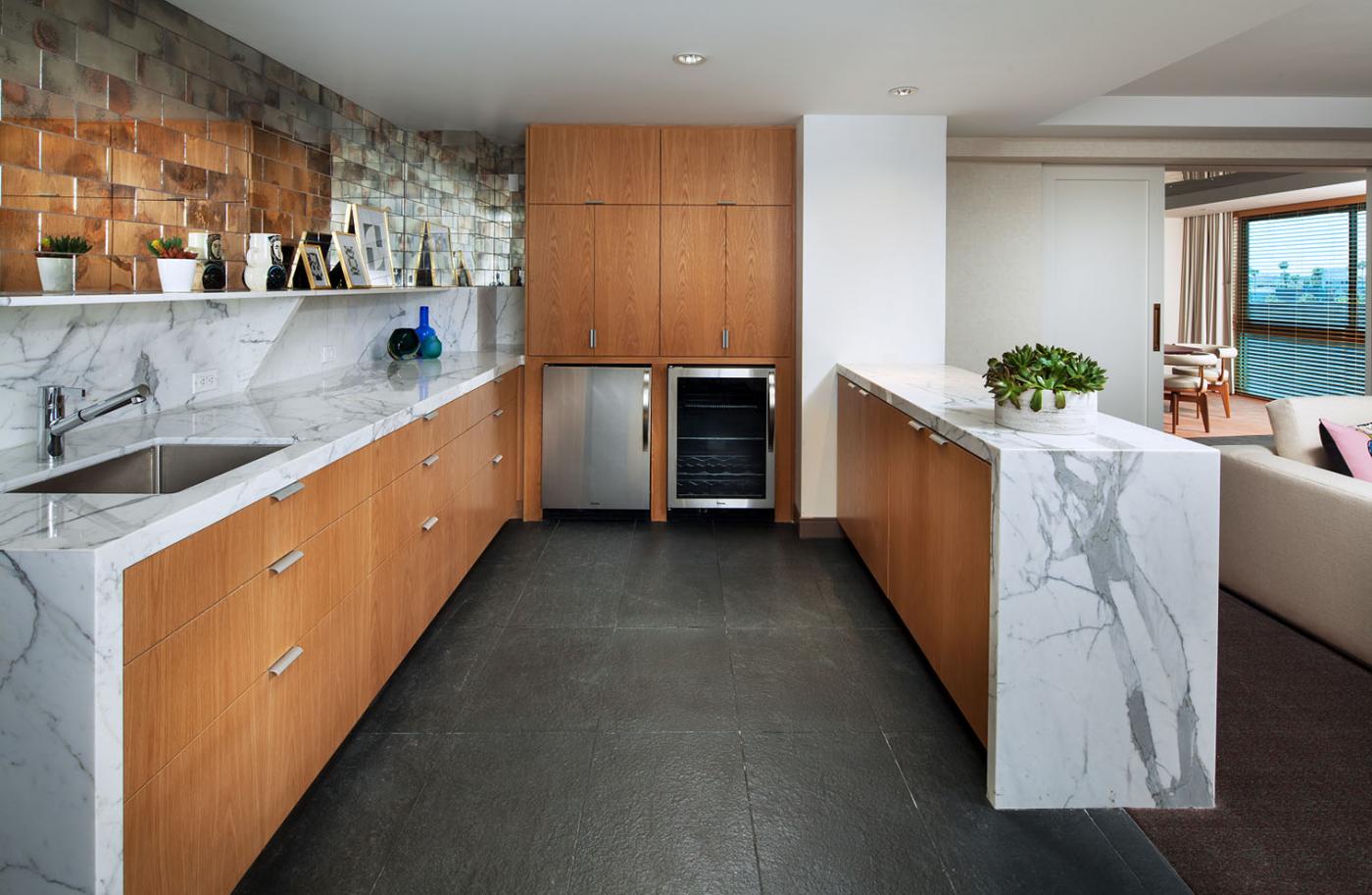 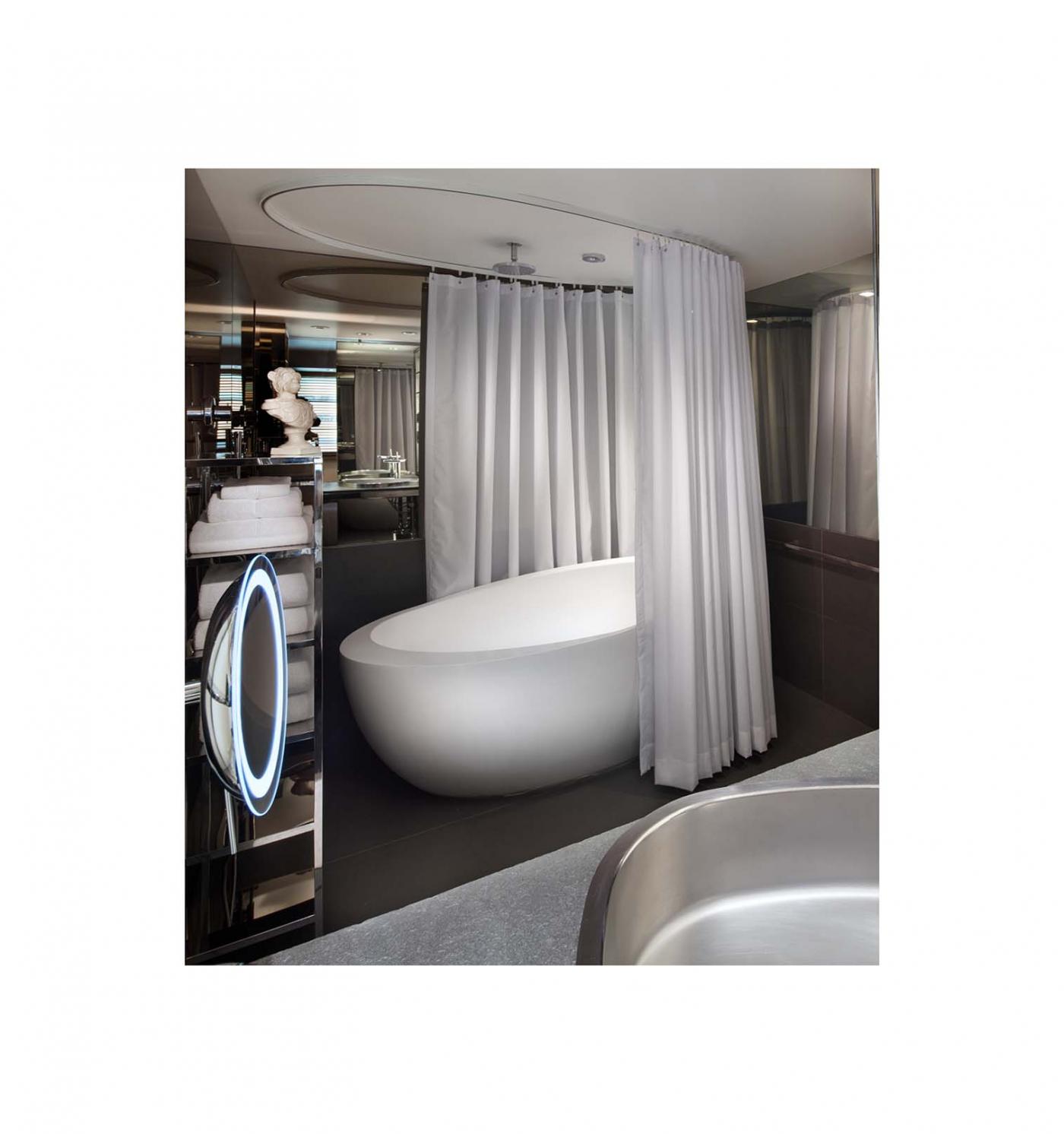 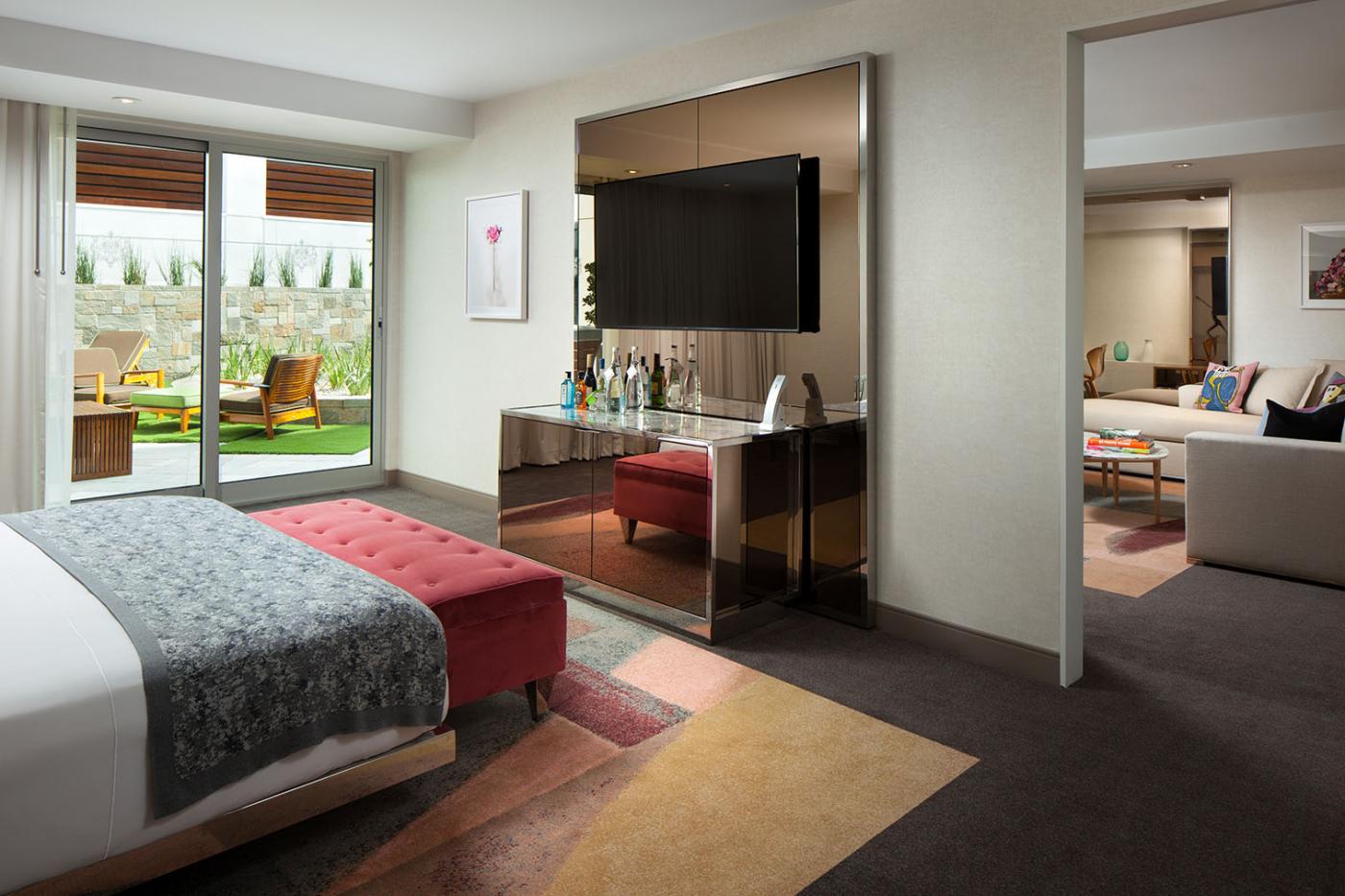 In addition to its new design, the SLS has also modernized its menu. Culinary Director Chef José Andrés and Creative Director Chef Aitor Zabala recently debuted the Somni, a 10-seat chef’s counter featuring a 20-plus course tasting menu that is set inside the hotel’s critically acclaimed restaurant: The Bazaar by José Andrés. Meaning “dream” in Catalan, Somni is the chance to embark on a multi-sensory culinary experience rooted in Spanish tradition with modern culinary elements influenced by the city of LA. Sample dishes include everything from egg with uni and parmesan papyrus to ‘pa amb tomaquet’ a traditional Catalan tomato bread. Tickets go on sale the first Monday of every month for the following month at 10 am PT. 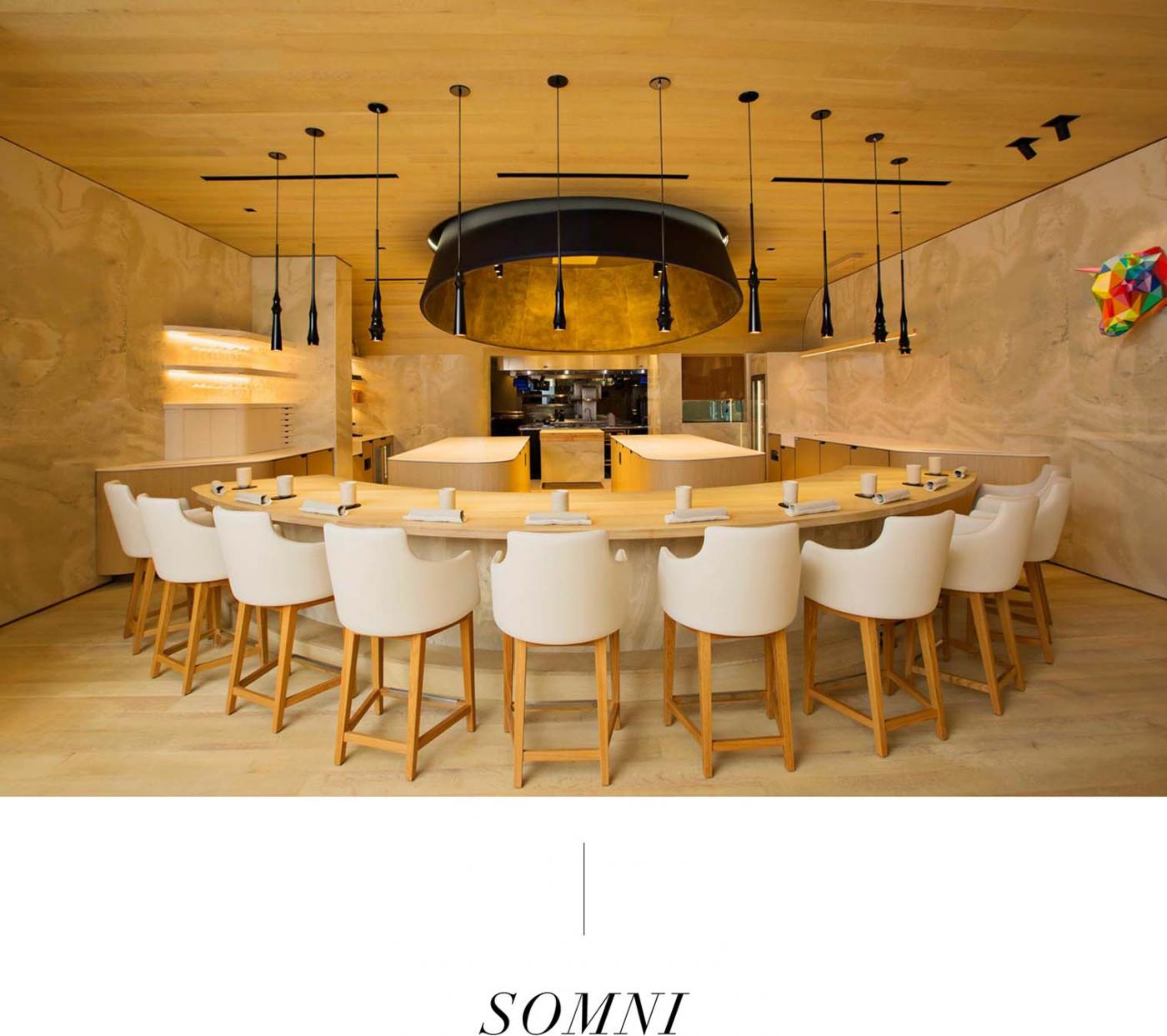 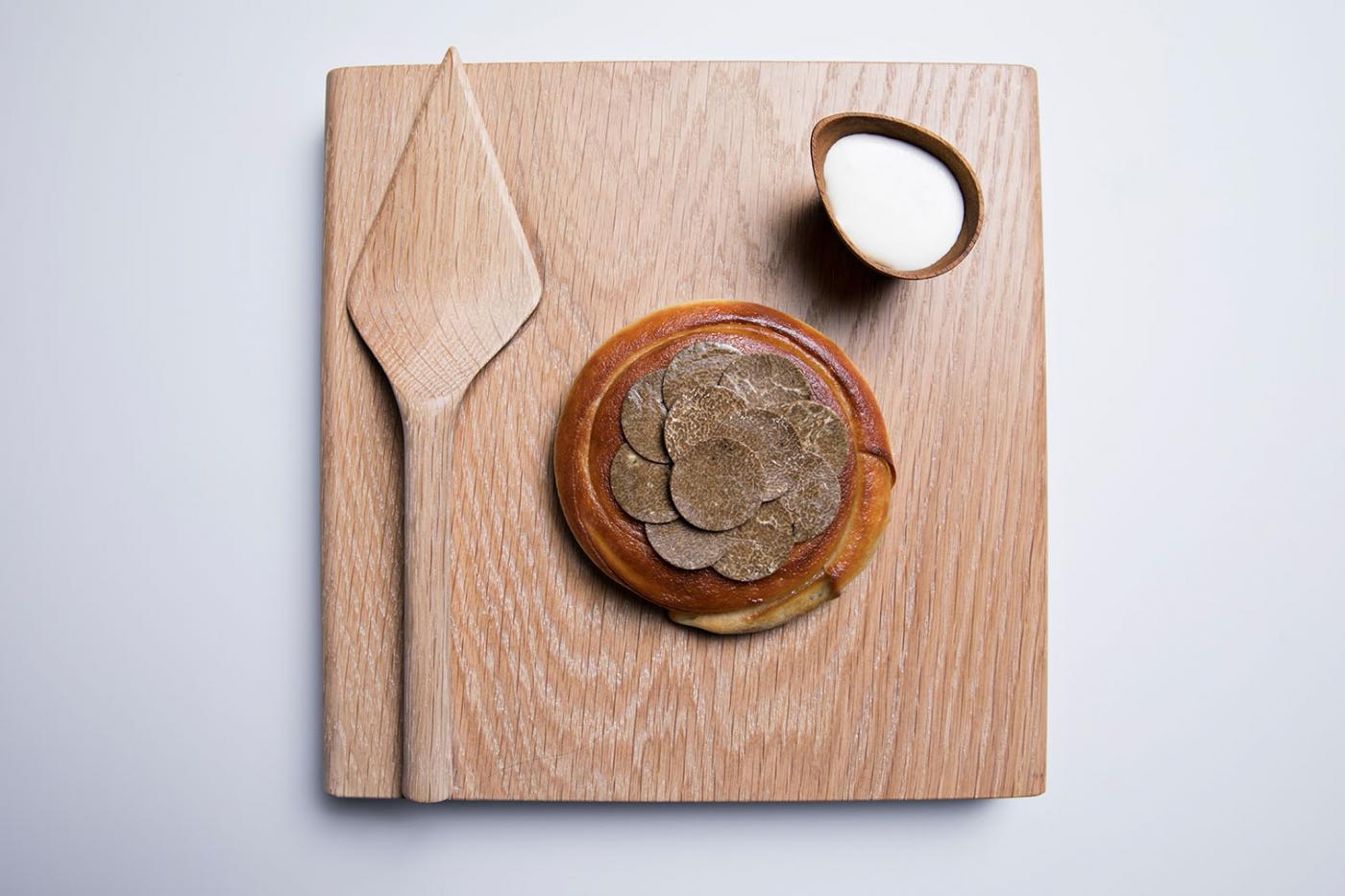 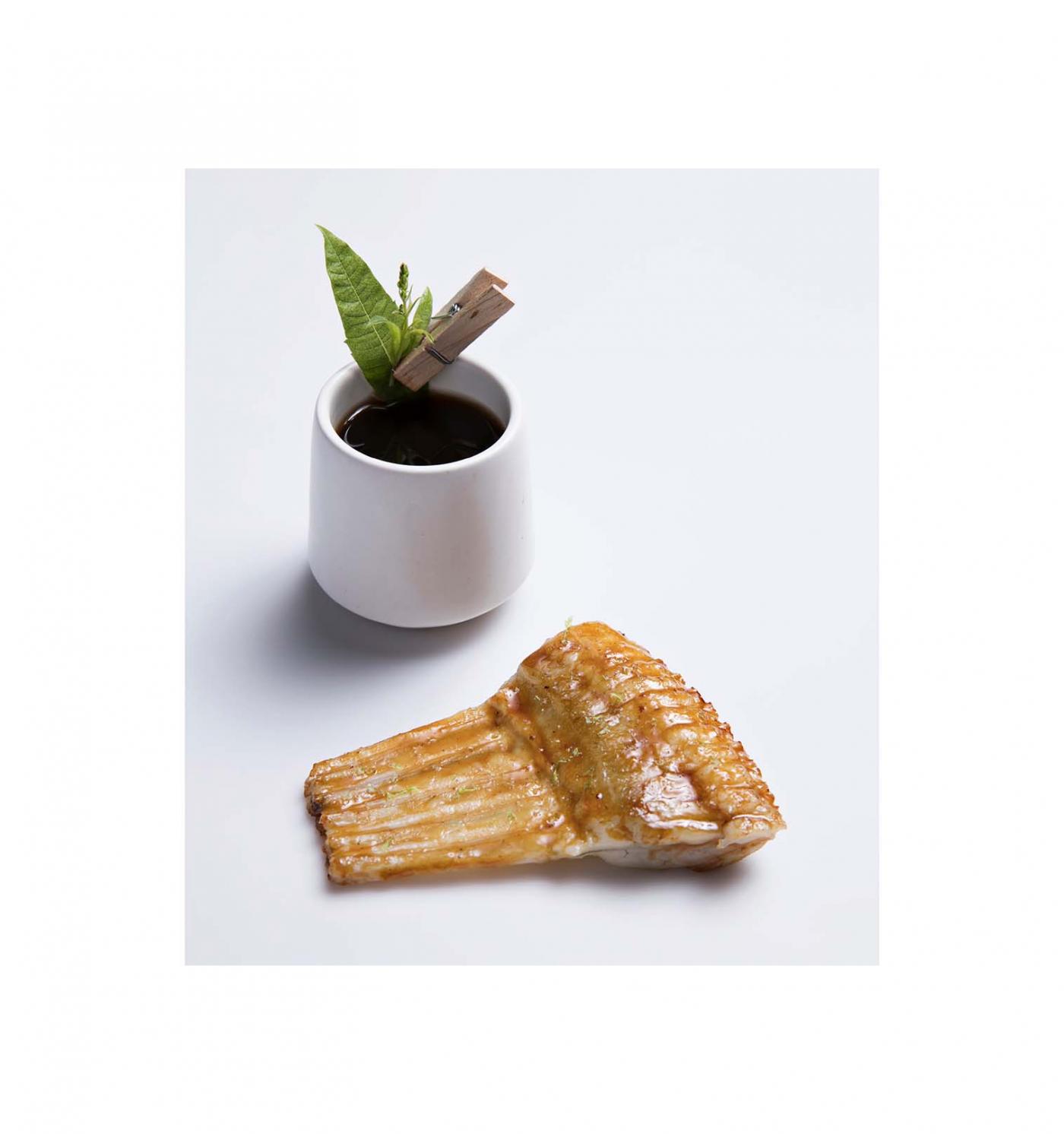 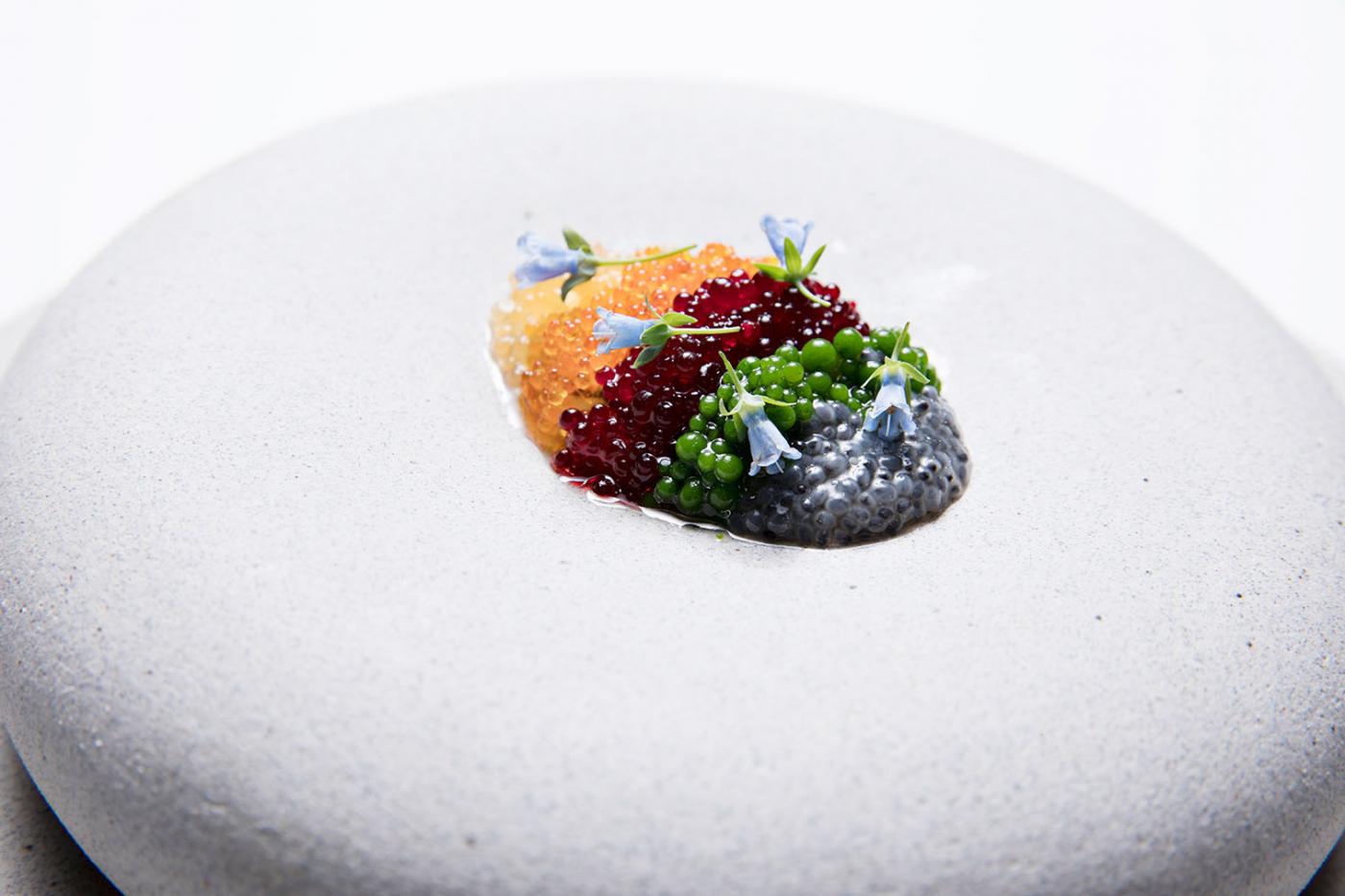 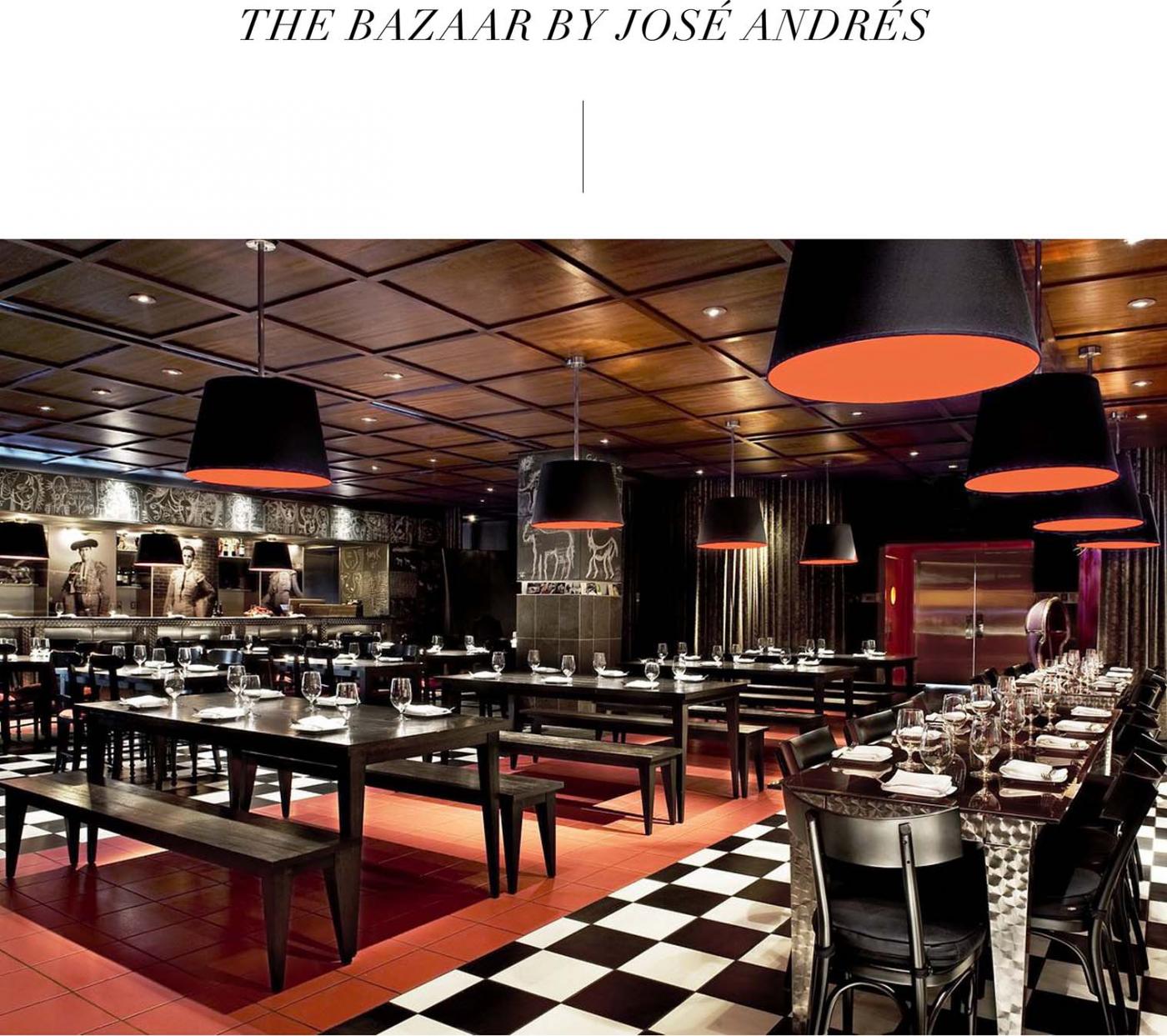 The property’s renovation goes beyond just aesthetics, though. For those unfamiliar, the SLS Beverly Hills is part of the The Luxury Collection, a group of hotels that offer authentic experiences that help guests get better acquainted with the property’s unique locale. With this mission in mind, as part of the renovation the SLS has introduced several new guest programming options. Particularly new and noteworthy? The chance to explore Los Angeles as part of their ‘Destination Discoveries’ program, which includes a bi-weekly tour that begins with a brief history of the SLS before taking guests on a guided walking tour of the nearby West 3rd Street neighborhood to explore artisanal shops, charming boutiques, and some of the most impressive street art in Los Angeles. Hoping to get your culture fix while soaking up some sunshine by the pool? The SLS has you covered with the daily SLS Salute at Altitude Pool, which includes a toasting ritual with a choice of either a sinner or saint wellness shot an experience designed to reflect Los Angeles’ zeal for health and wellness. 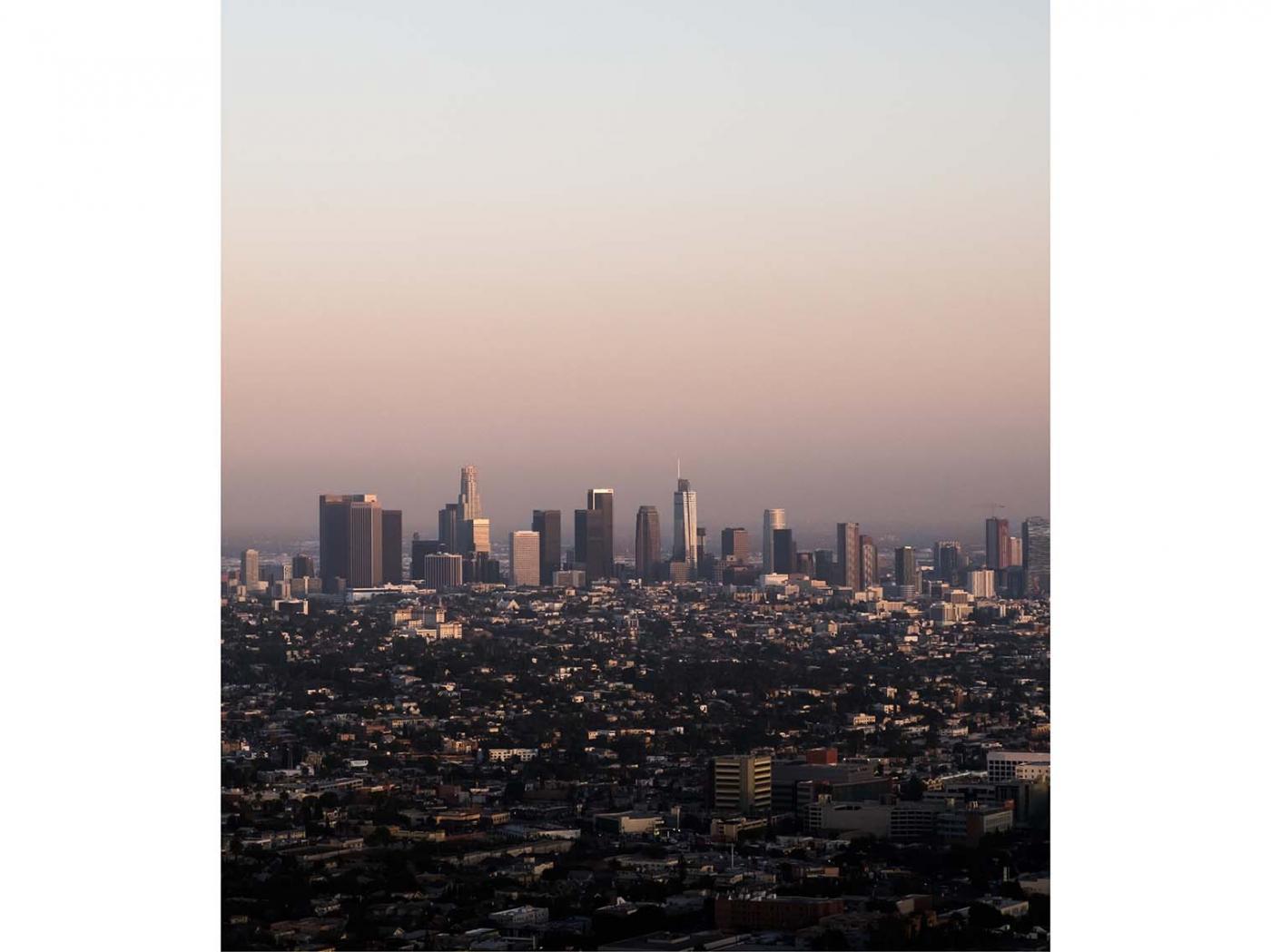 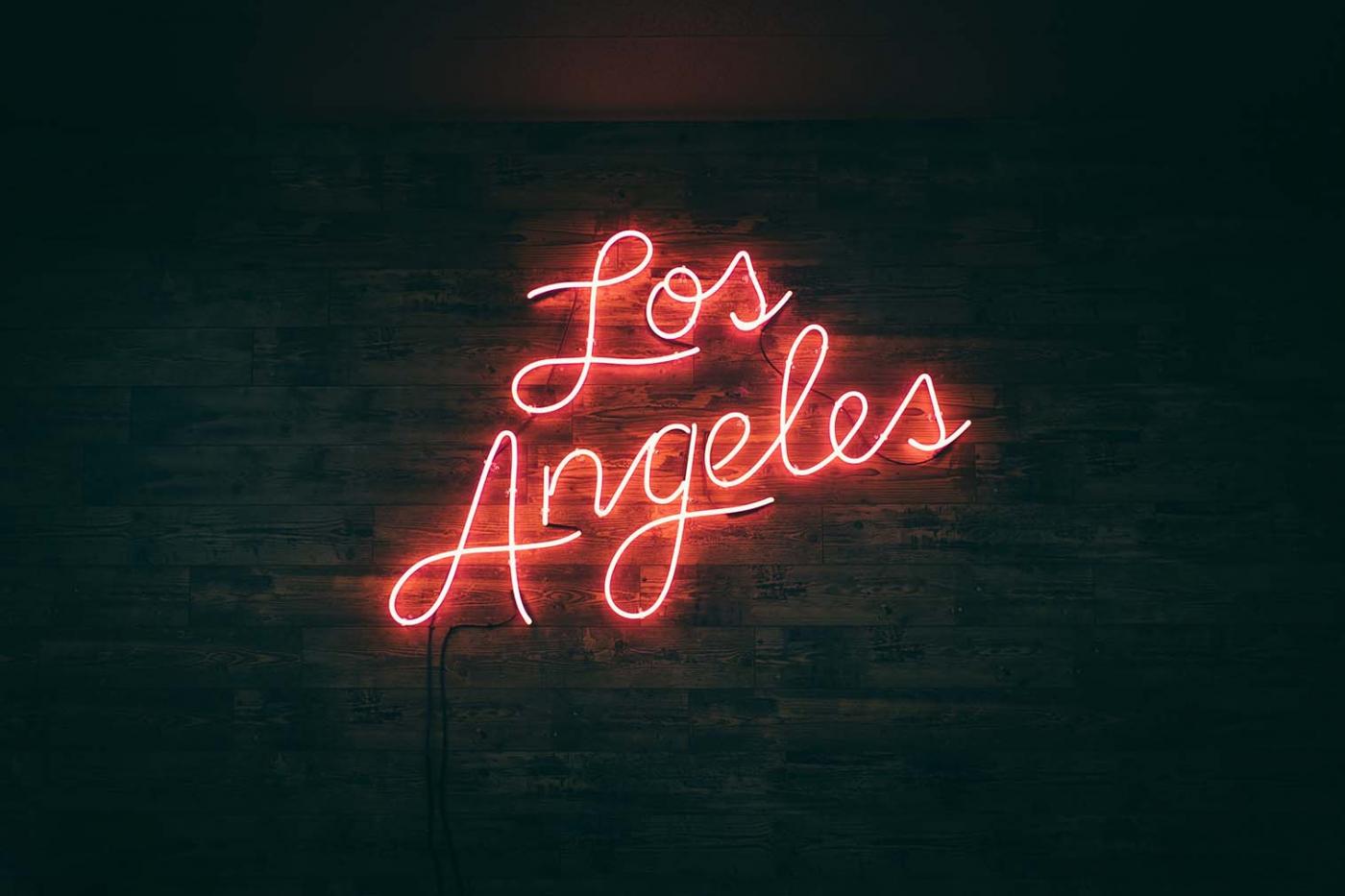 
Book your stay at the SLS Beverly Hills →

This Authentically Vintage Sleepaway Camp for Adults Has A Crazy History

The Most Crave-able Vegetarian Brunch Is in Minneapolis

This Parisian Brunch Might Be the Most Decadent Experience Ever

See How This Pizza Joint is Also Serving Up Good Design