New Orleans has long served as a haven for everyone from creative thinkers and musicians to architecture buffs and epicureans. Never mind the nearly 18 million visitors that make way to the city annually, New Orleans delivers a sense of quiet seclusion and mystery for those who are willing to explore. In today’s New Orleans, which is a criss-cross of natives and transplants, it’s the places that deliver something current while embracing the city’s rich history and culture that truly stand out. The recently opened Hotel Peter & Paul is already making its mark as such a place.

Originally built as a church, convent, rectory and schoolhouse by architect Henry Howard in the 19th century, the expansive grounds of this Marigny property have a solid place in local history. The newly renovated structures not only celebrate that history but highlight Hotel Peter & Paul’s religious roots via subtle design decisions throughout. Inside the convent and schoolhouse, you’ll find 71 guest rooms with canopy beds, lanterns and big windows (room rates start at $119). Wander into the former rectory and you’ll find Elysian Bar’s formal double-parlor room with dramatic drapery, antique game tables and marble fireplaces. Venture beyond and you’ll arrive at a sunny, plant-filled breakfast room followed by a classic New Orleans courtyard and a moody, opulent bar space. 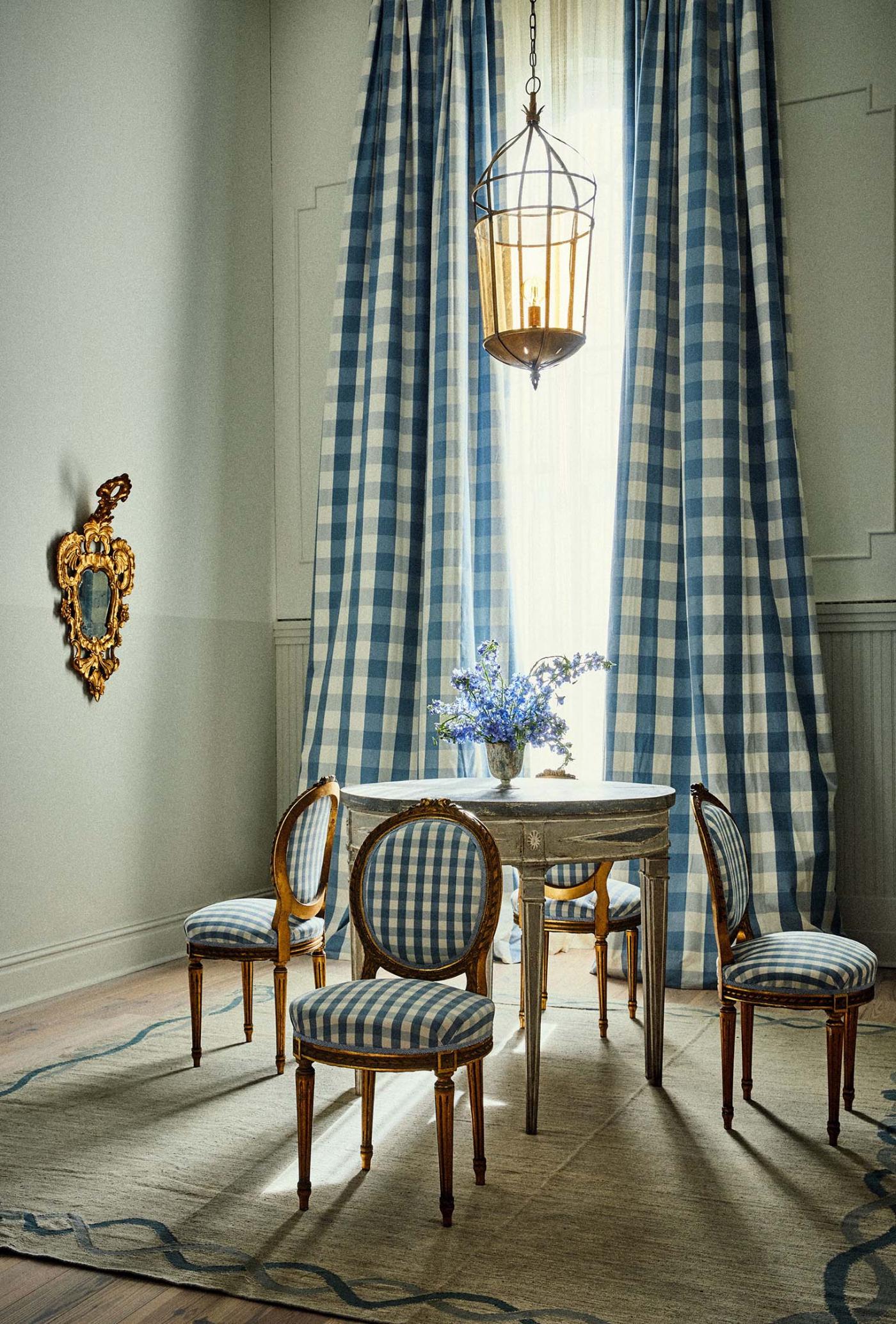 We recently interviewed Ari Heckman, Founding Partner and Chief Executive Officer of ASH NYC, and he carefully describes the building’s history and its extensive six-year renovation process below. The project was undertaken by ASH NYC in conjunction with New Orleans resident and co-owner of Hotel Peter & Paul, Nathalie Jordi.

Can you tell us a bit about the history of the property?

Hotel Peter & Paul is a historic 19th century site that consists of four buildings — a church, rectory, schoolhouse and convent. These four late 19th century buildings that were once Saints Peter and Paul Catholic church and school. The school closed down in 1992, the church in 2001, and the property sat empty and deteriorating. The rectory & church were designed by noted New Orleans architect Henry Howard, and all four buildings were restored and converted by studioWTA – one of the city’s leading architectural firms. In 2012, Nathalie Jordi reached out to ASH NYC because she was interested in opening a hotel in the Marigny. She toured us through a few properties and when she showed us the four-building site, it was clear that we wanted to work together on this. 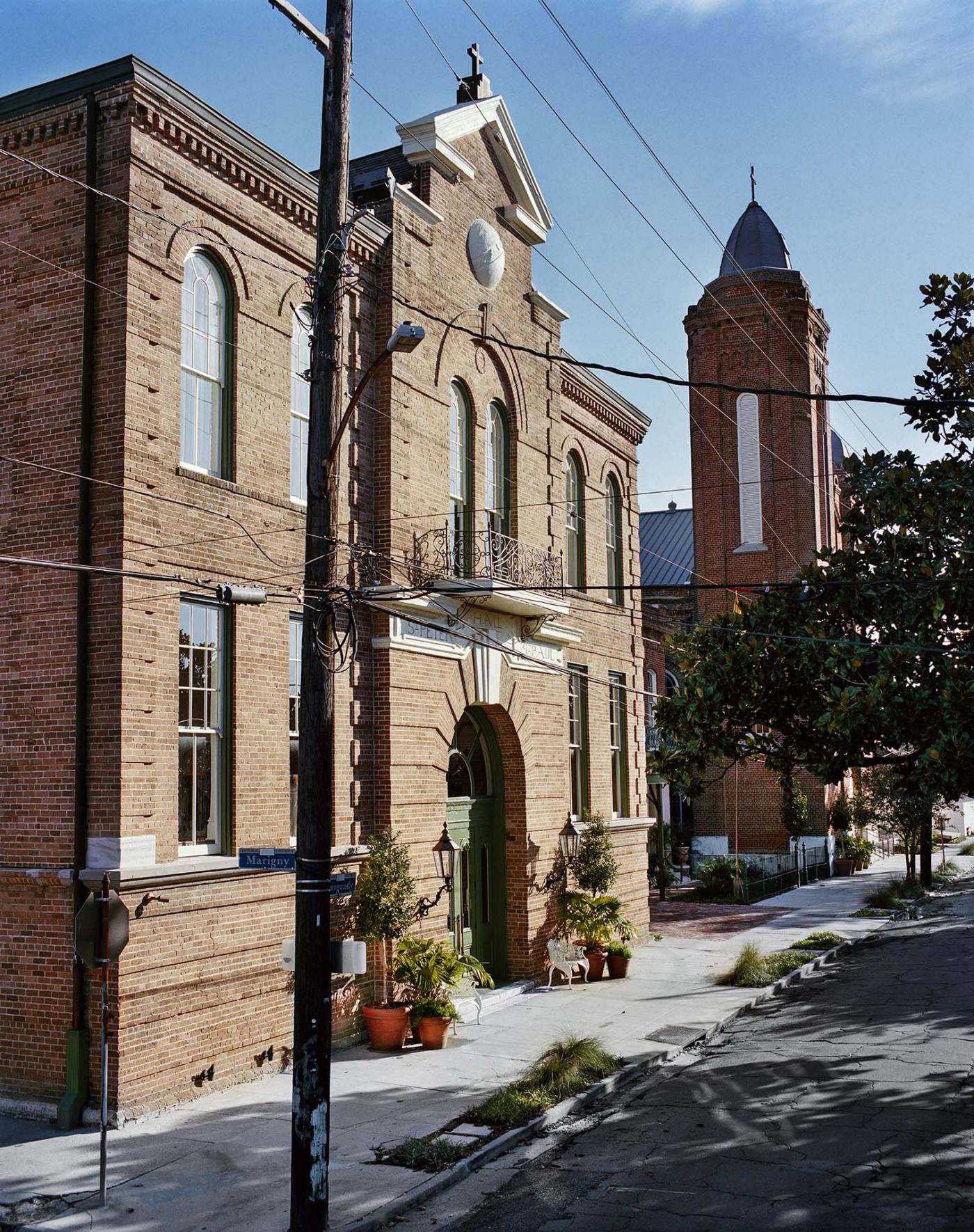 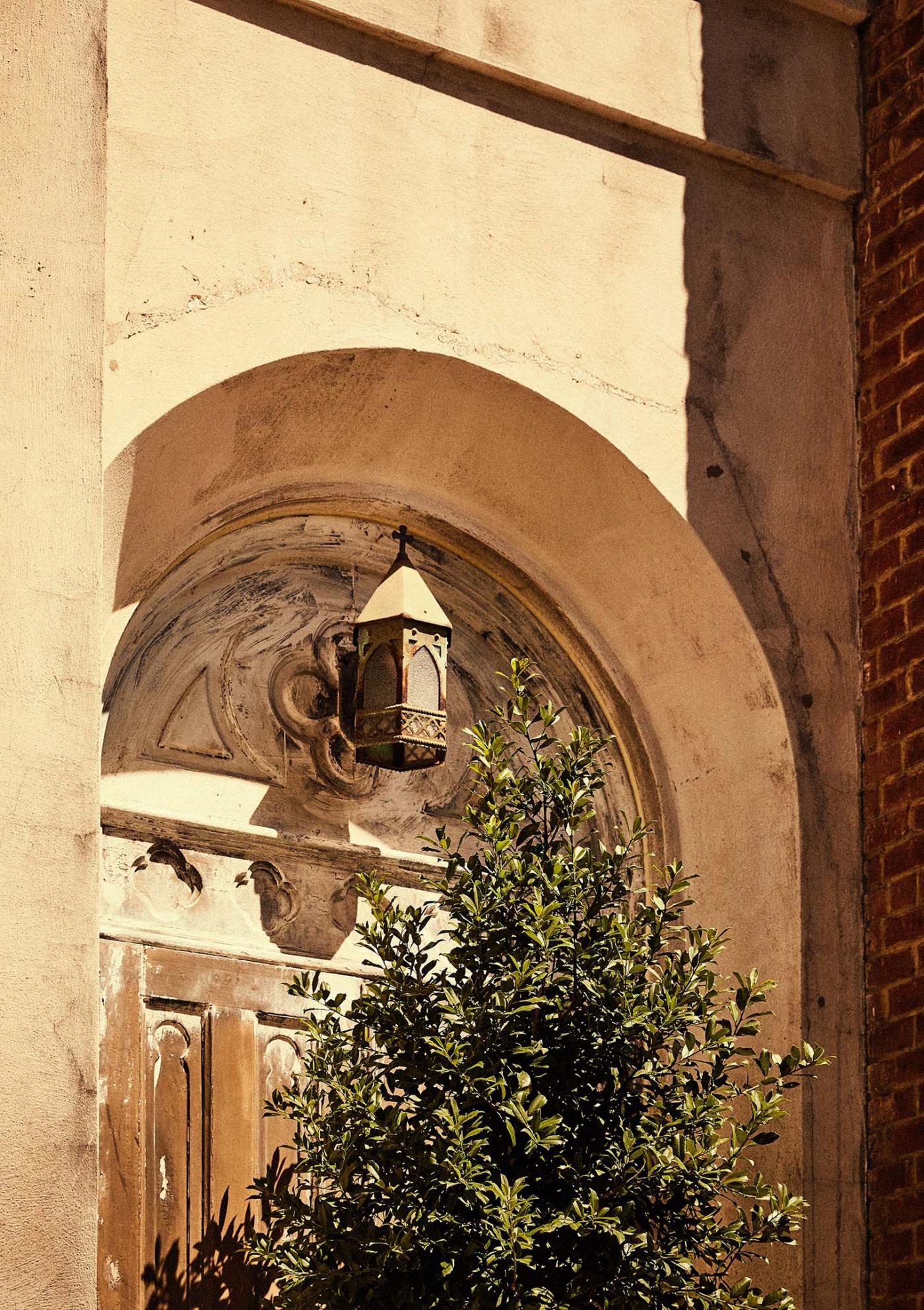 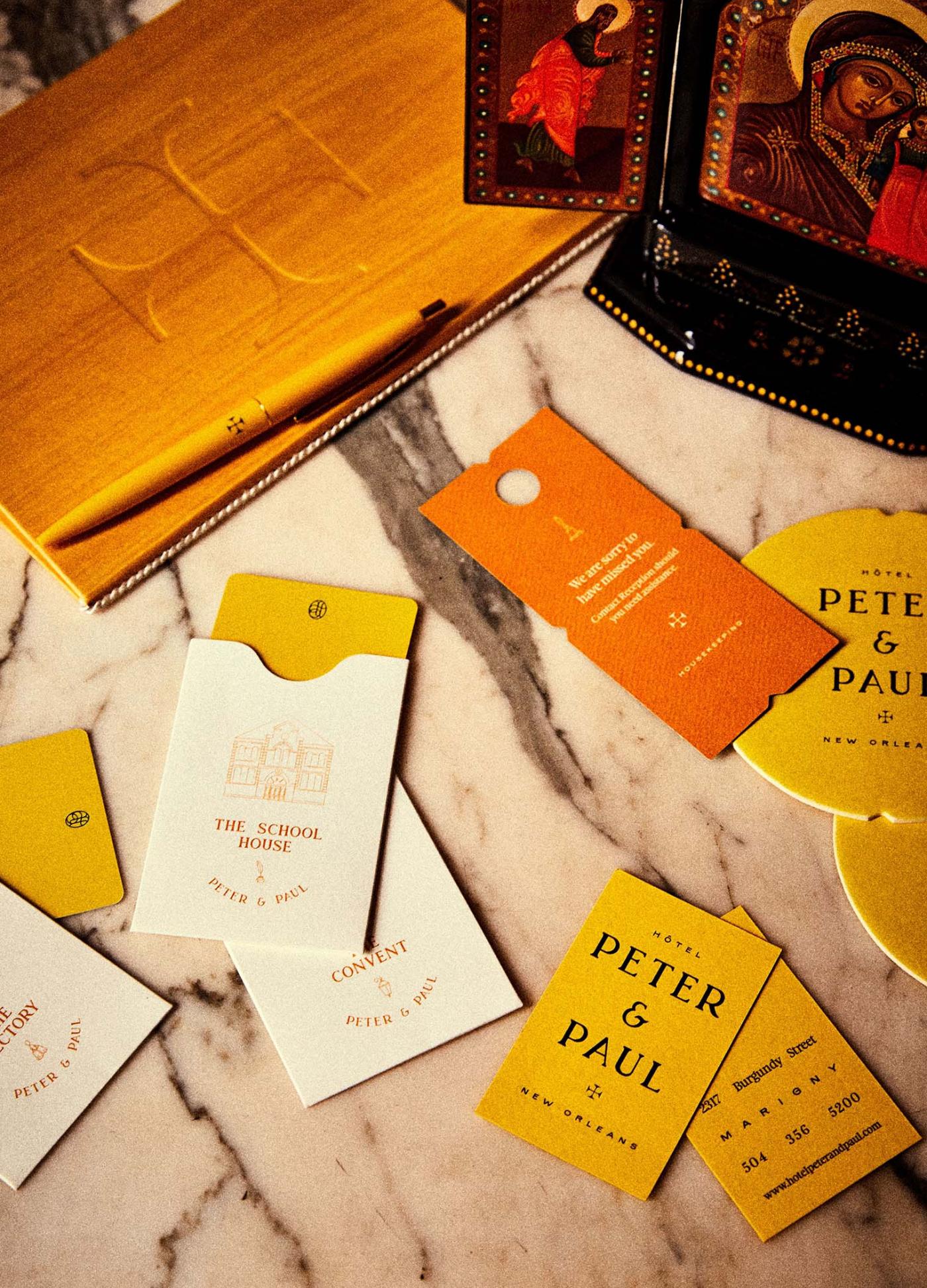 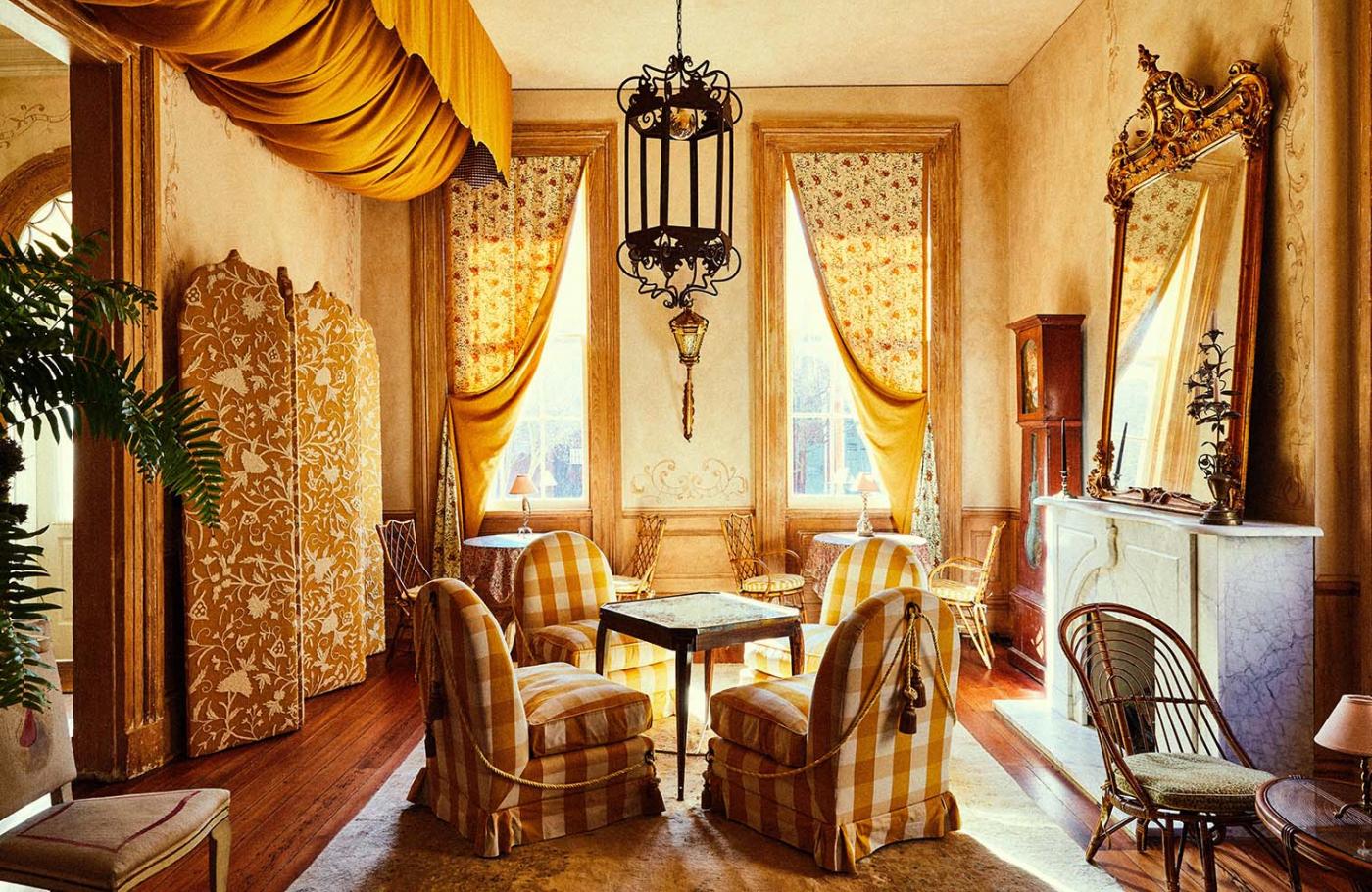 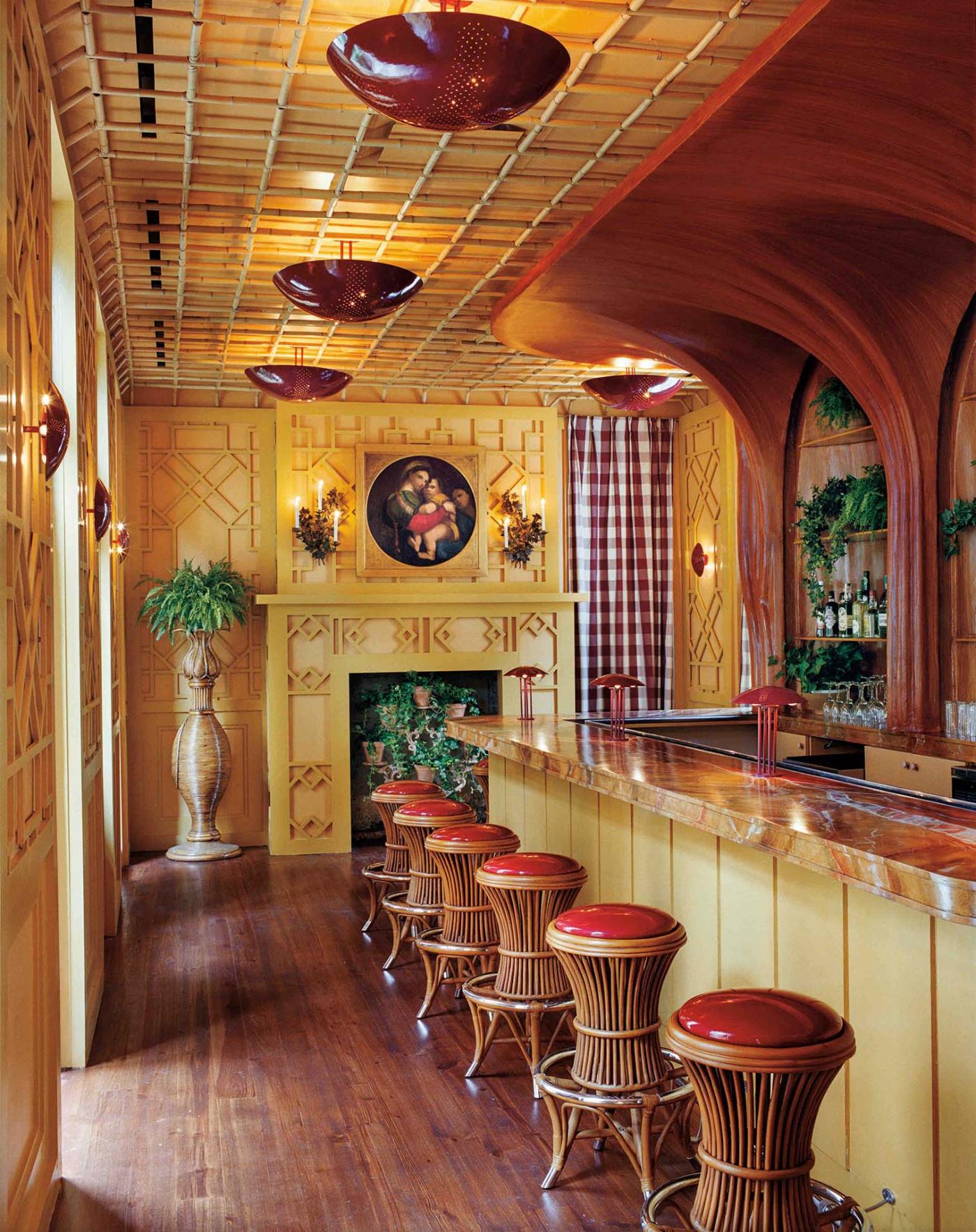 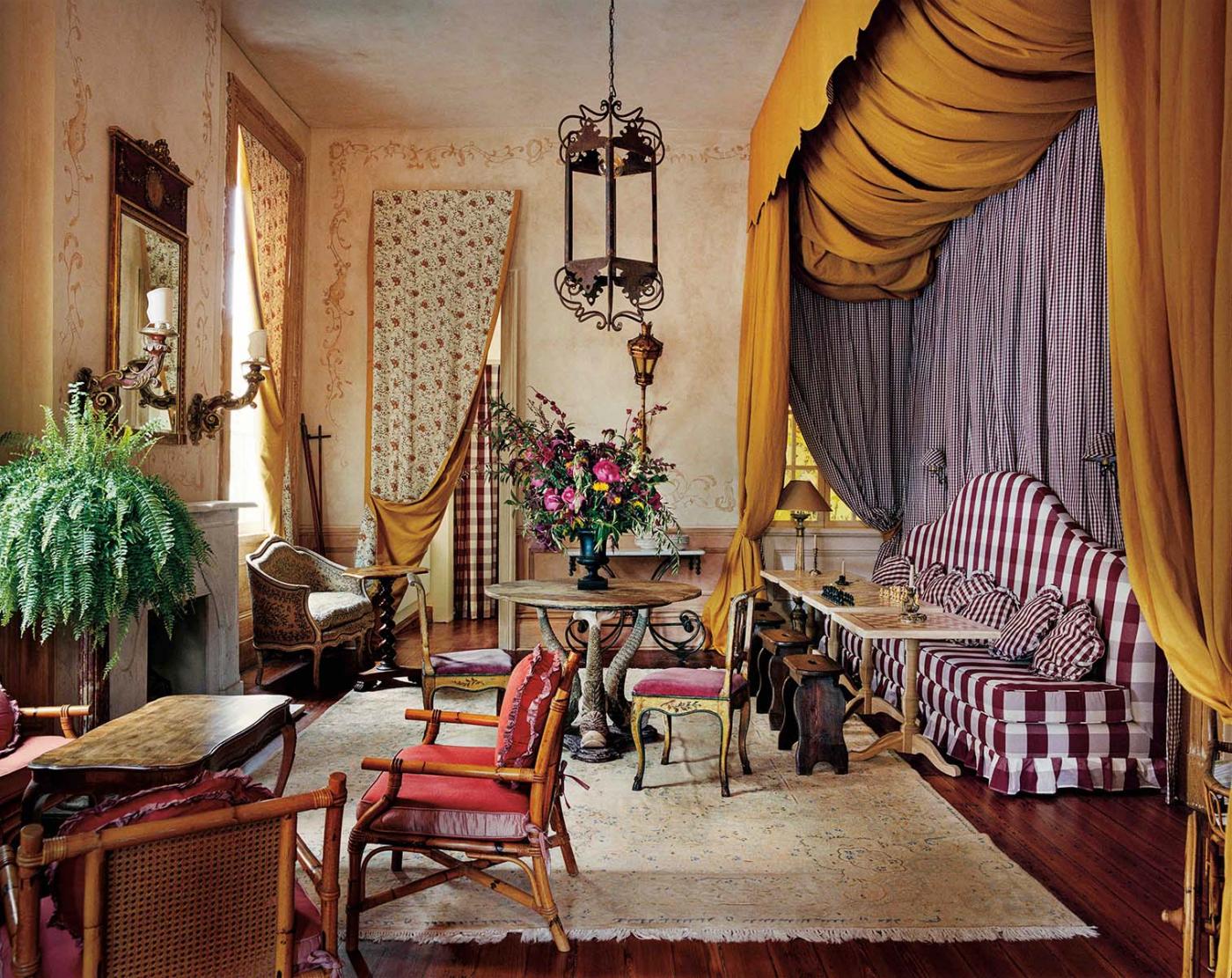 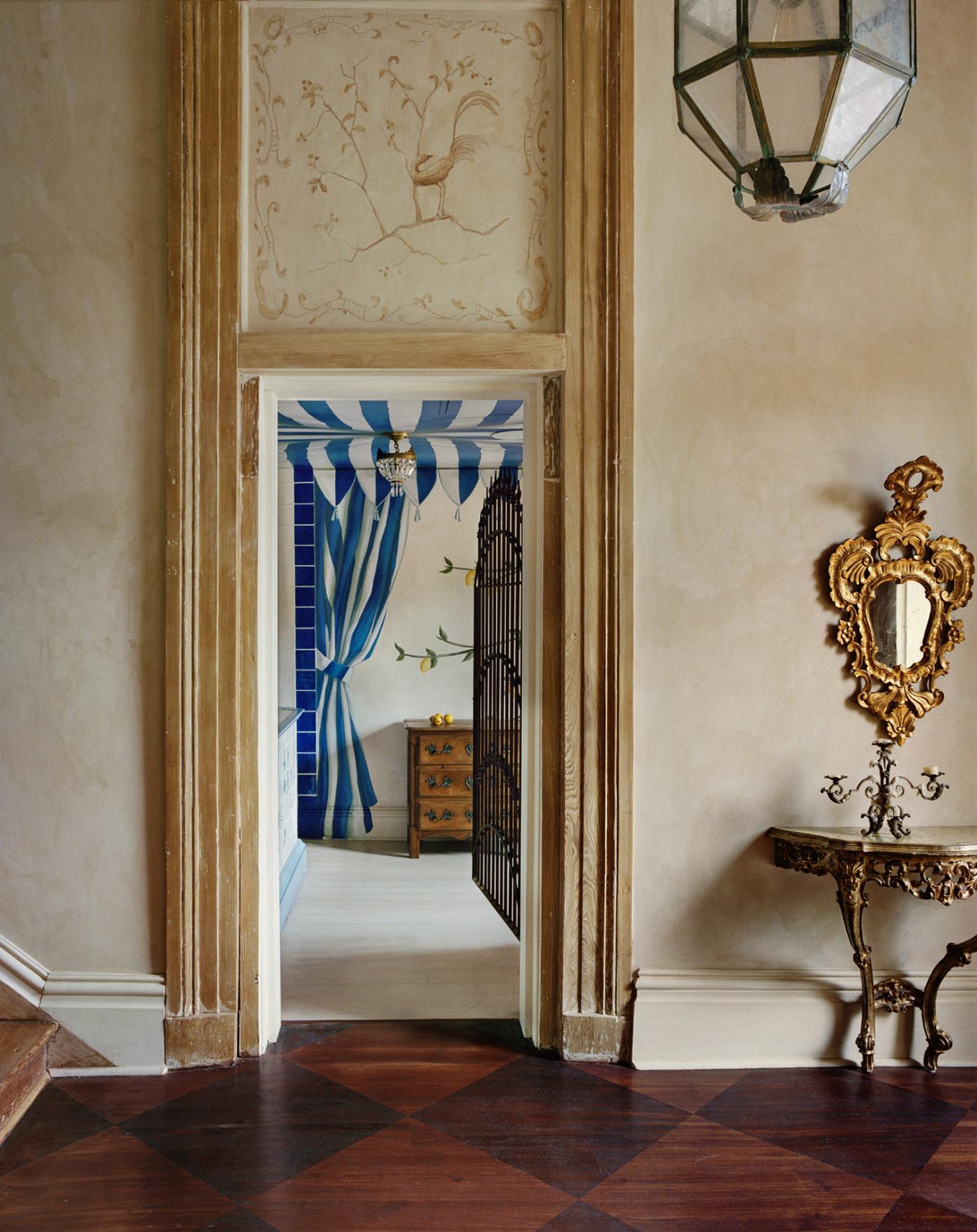 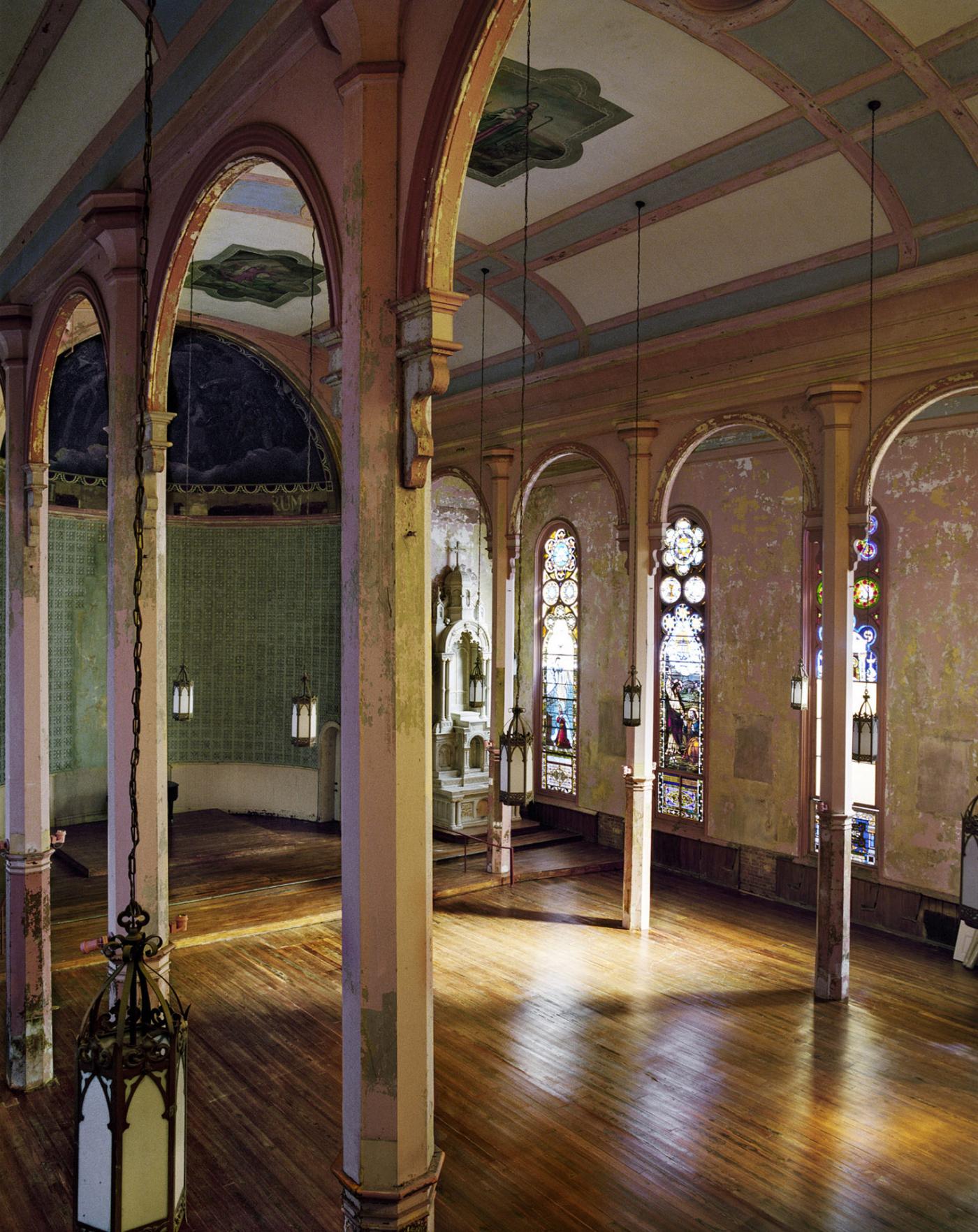 How long did the restoration process take from start to finish? Did the vision change much during that time?

The restoration process took close to six years to complete and the scale was ambitious considering all four buildings were built at different times for different uses. These projects are always very long games and you have to have keep your focus and the end goal in mind. There were so many challenges at different phases: convincing the neighborhood and city to support our zoning change, designing the project on a very tight budget, figuring out a way to maximize the number of guest rooms by adding a new floor in the attic, finding a food and beverage partner who understood the vision and would take the risk to do something a bit outside the box, and, of course, bringing together a qualified and diverse staff to operate the property every day. 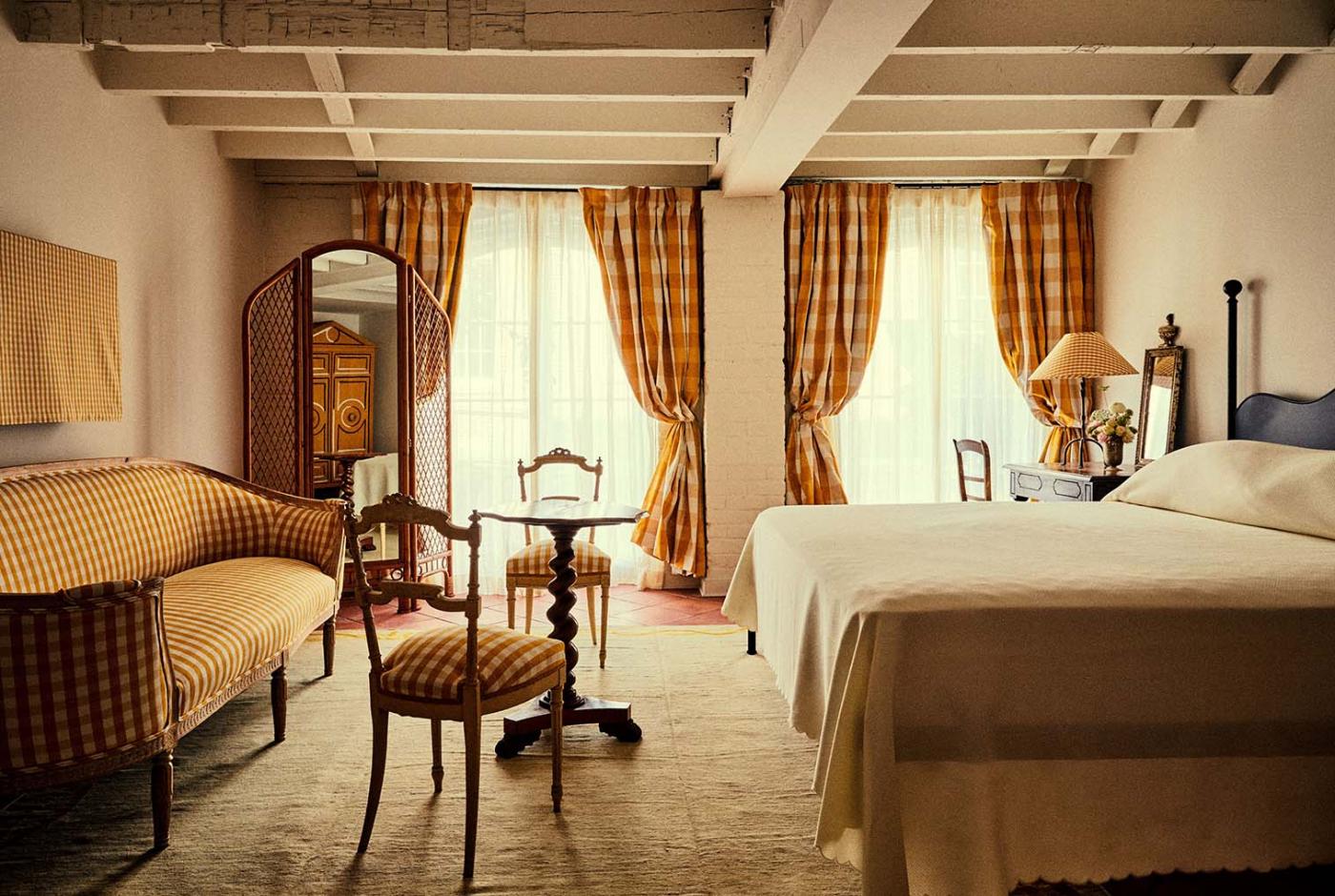 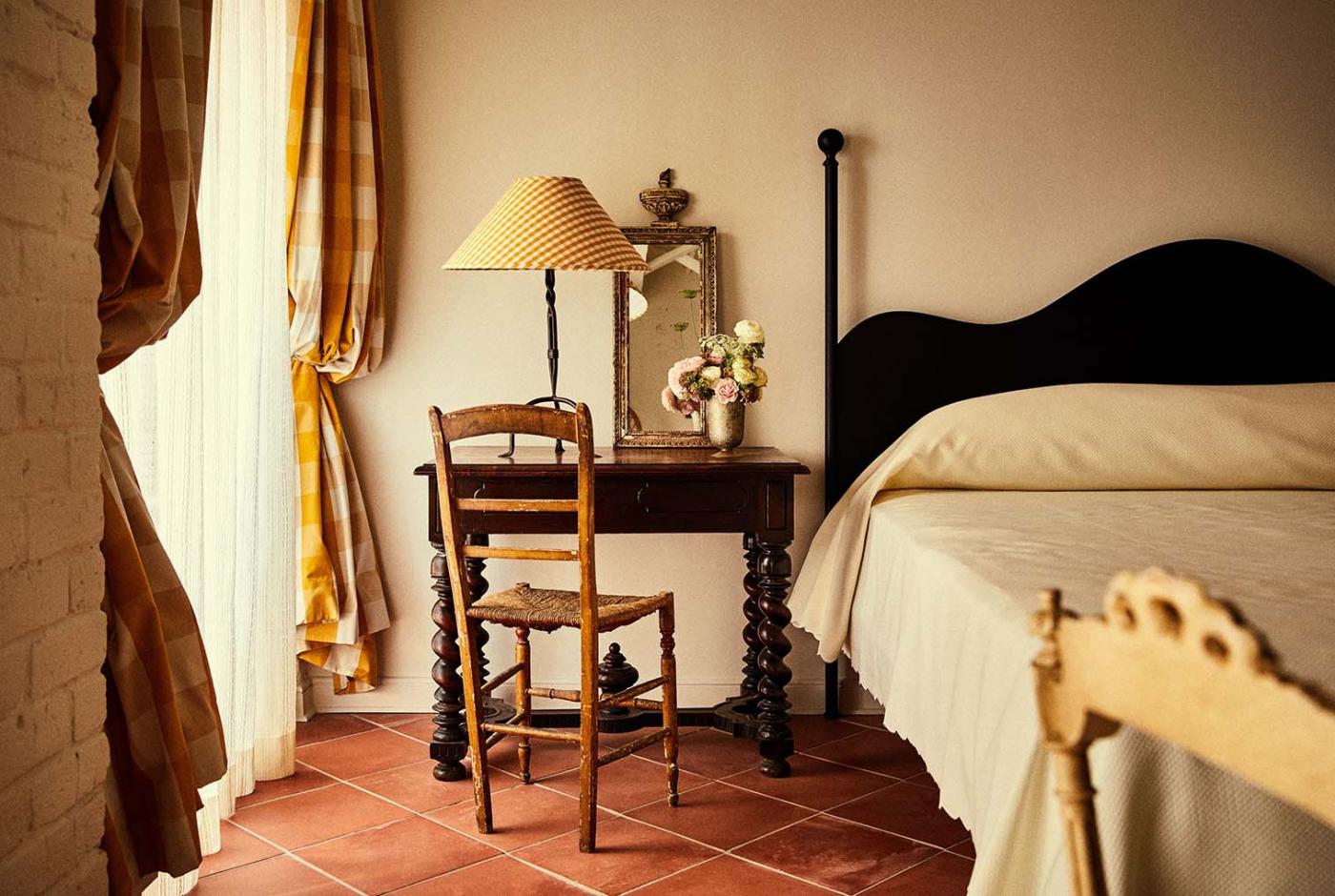 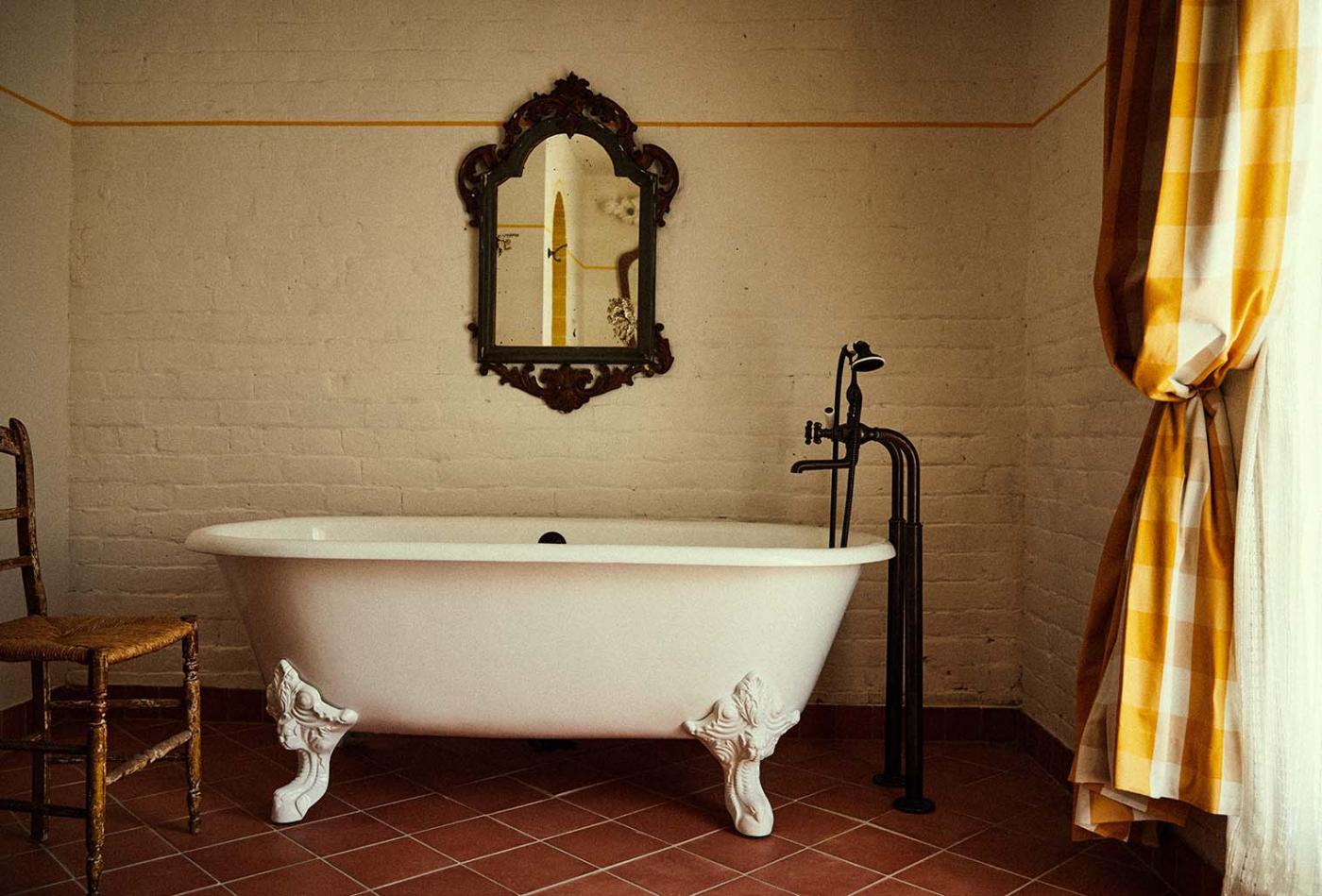 As a city that truly values its architectural history, New Orleans has such a great community of restoration experts and talented carpenters. Were you able to bring many locals into the renovation process?

We were lucky to work with studioWTA to help preserve the buildings’ original features while thoughtfully incorporating our new designs and vision. Nathalie helped us tap many other local artists and vendors to help bring the hotel to life, including Ann Marie Auricchio, whose mural is displayed on a stage in the Schoolhouse. She also hand-painted the trompe l’oeils featured on the wardrobes in the Schoolhouse guest rooms. The back of the Elysian Bar also has as a sculptural element to it—cypress tree trunks rendered upside-down—which was built by a local Mardi Gras float maker. 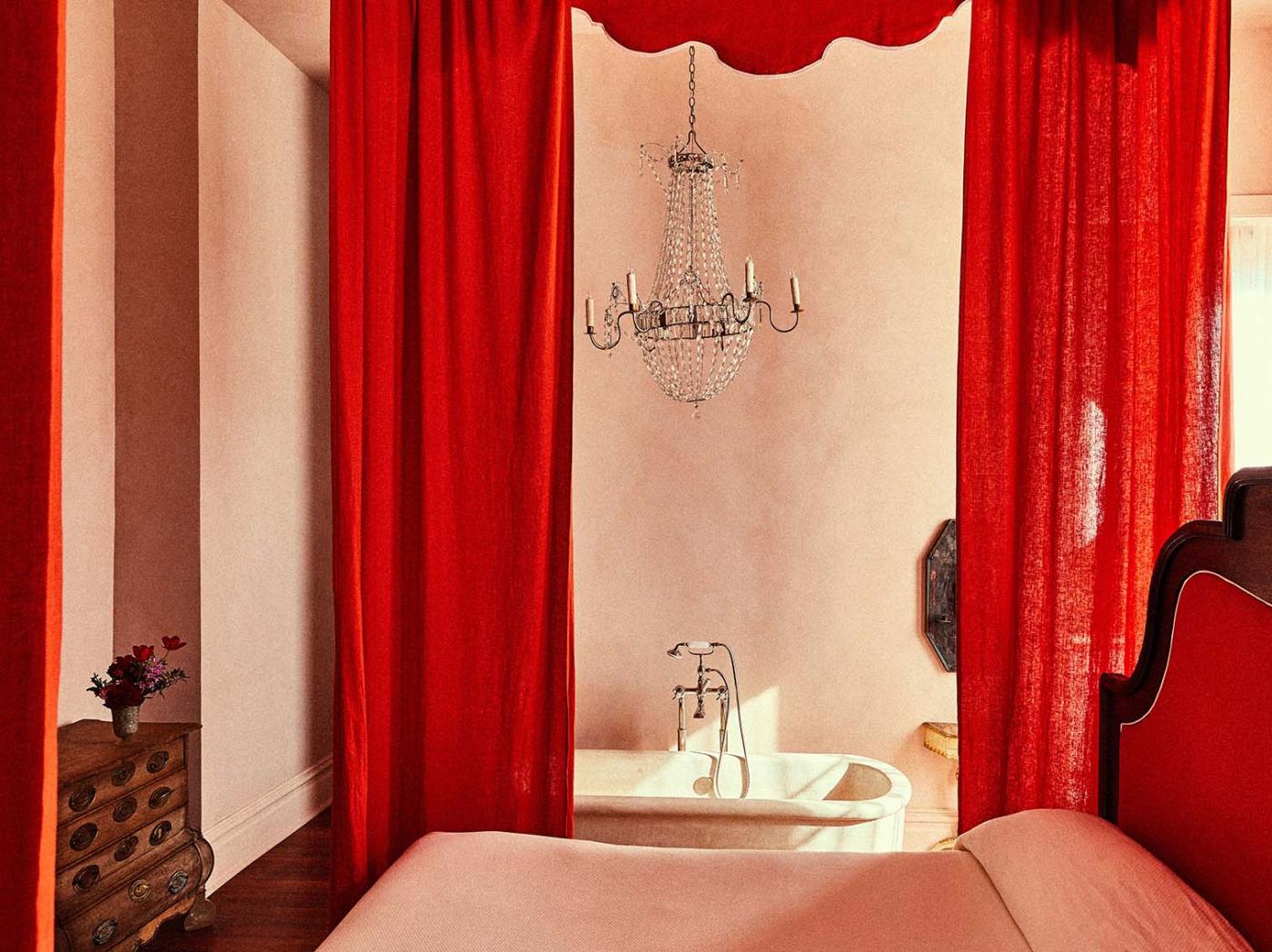 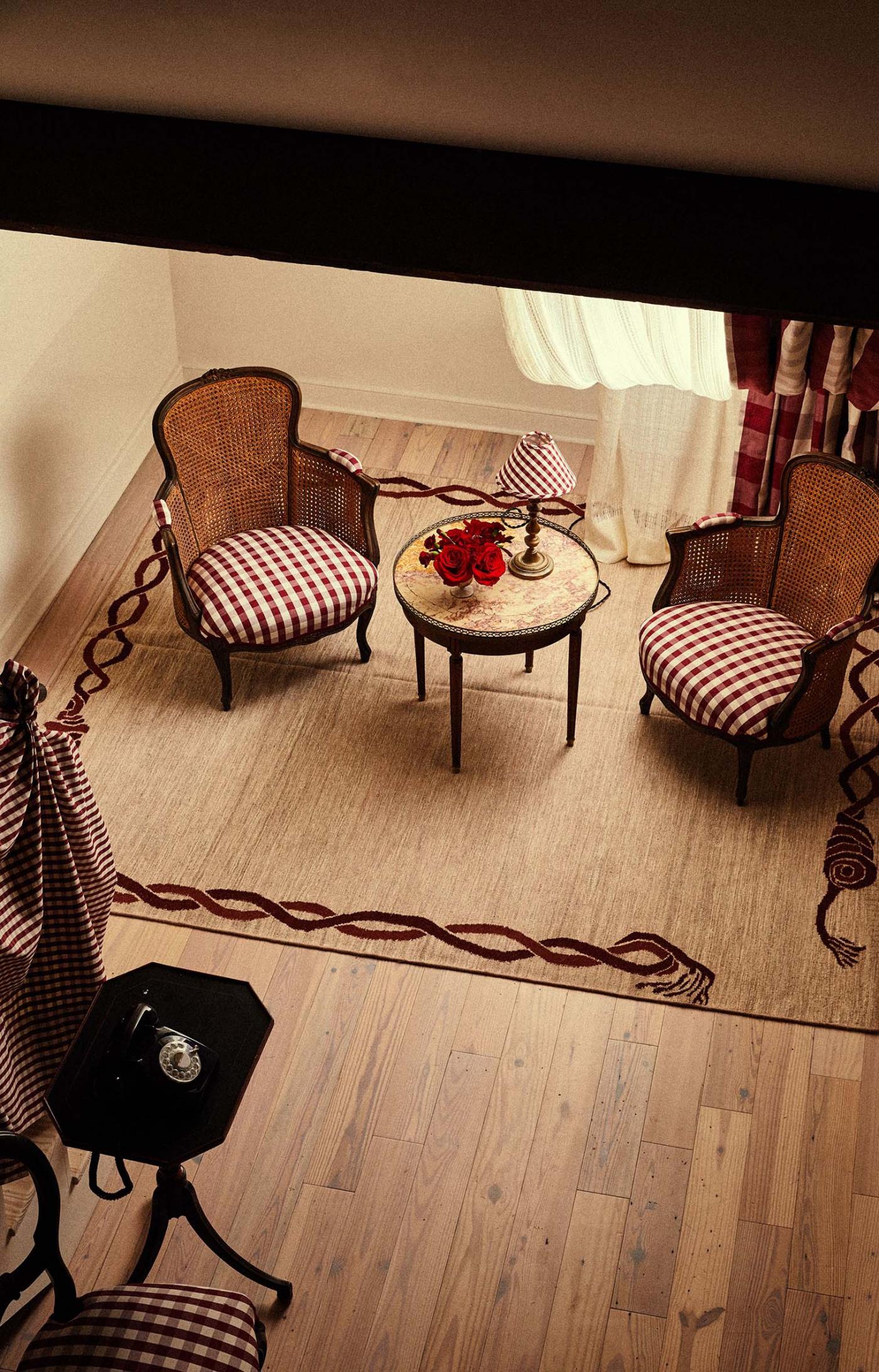 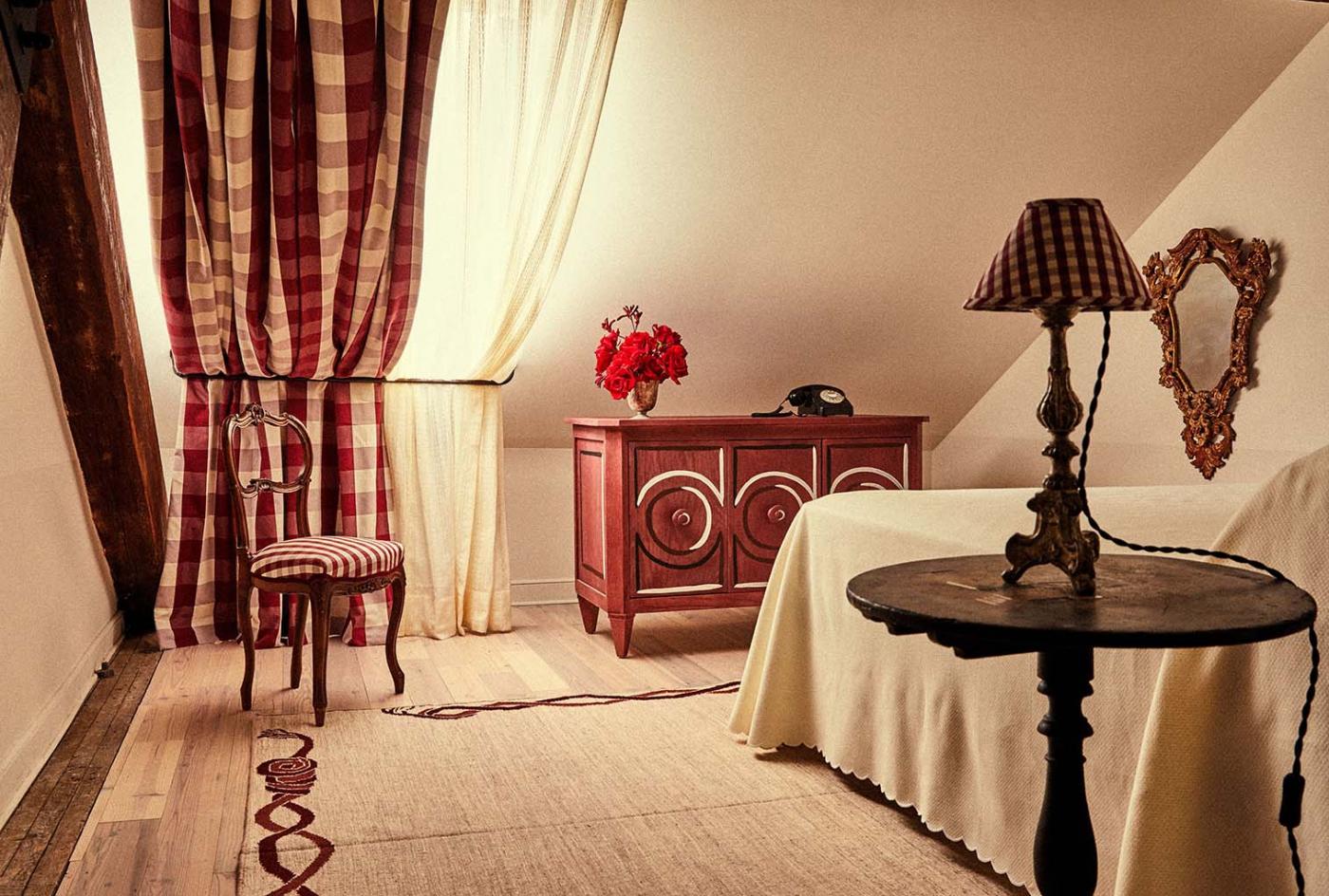 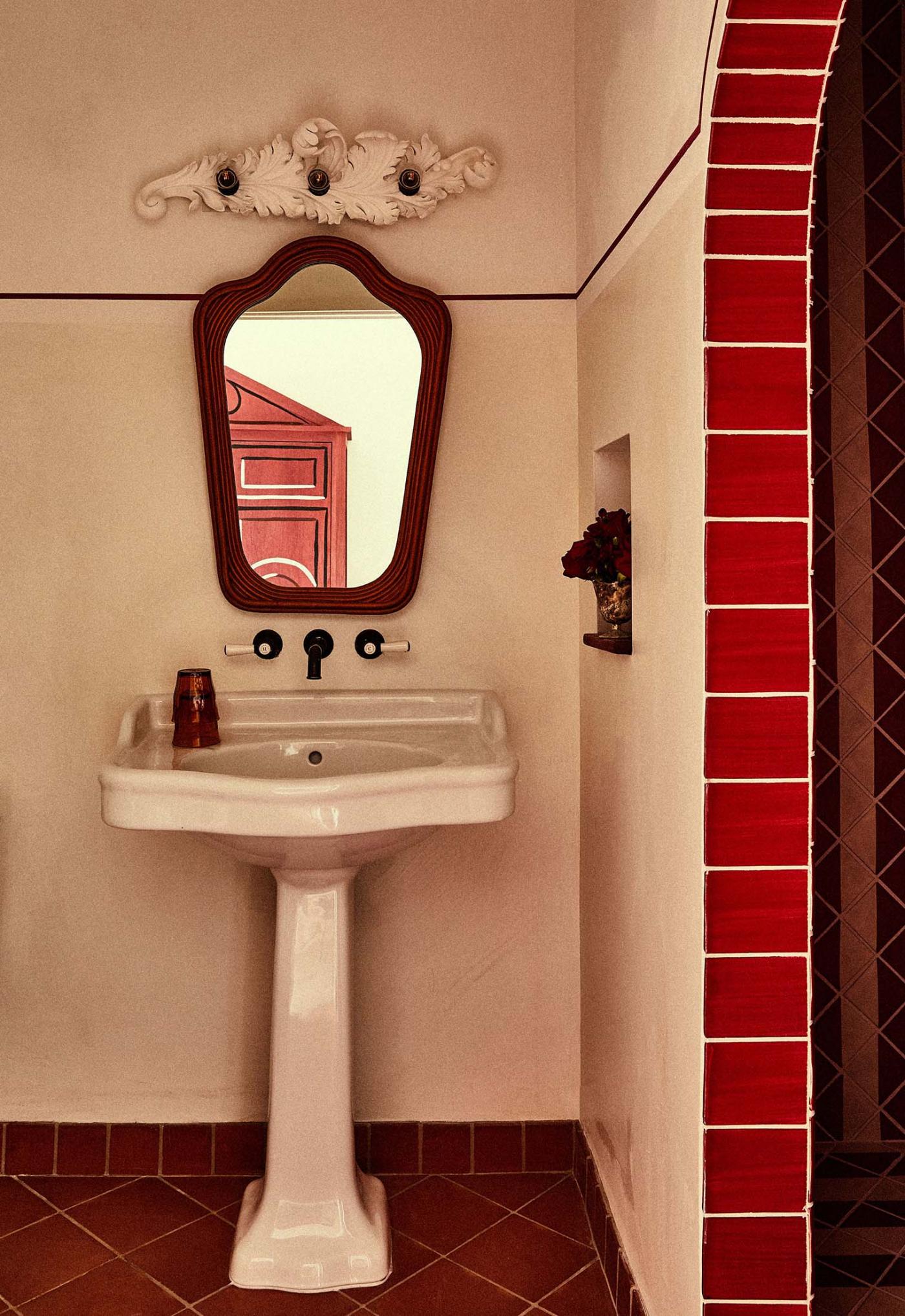 With four distinct buildings, was there a way that you distinguished between them so they didn't all feel identical by the end of the project?

Yes, we paid subtle tribute to the past lives of each building in terms of palate and color choices, material choices and nods to their religious history, including antique icon paintings in all of the guest rooms and crosses on the beds in the convent.  The rectory guest rooms reflect a sort of papal palace while the convent is a bit more monastic and austere. And the school building has some more playful elements reflecting its century long history as a school. We preserved basically any original detail we could find, and replaced many that we knew once existed from original plans or photos, like the baluster in the school. 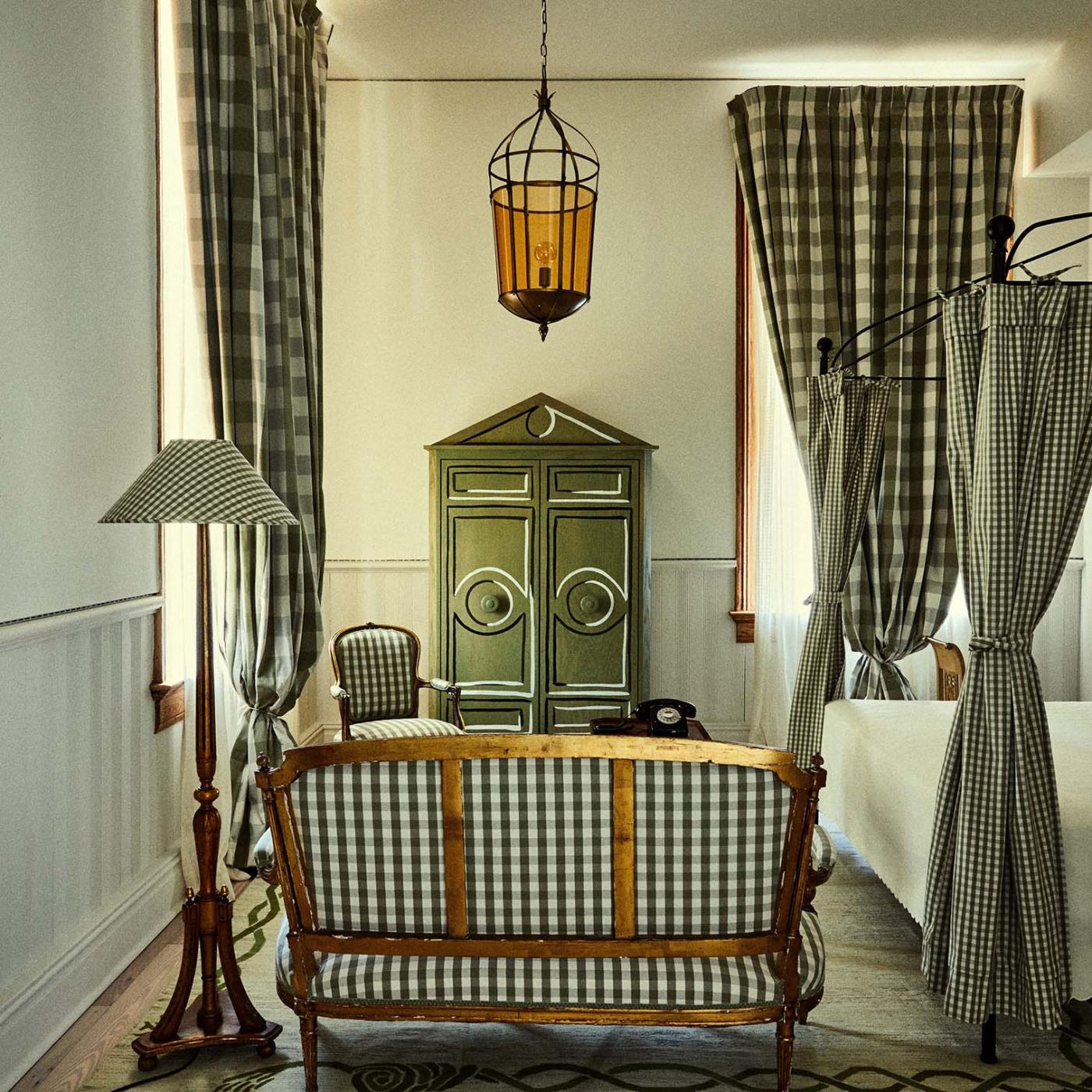 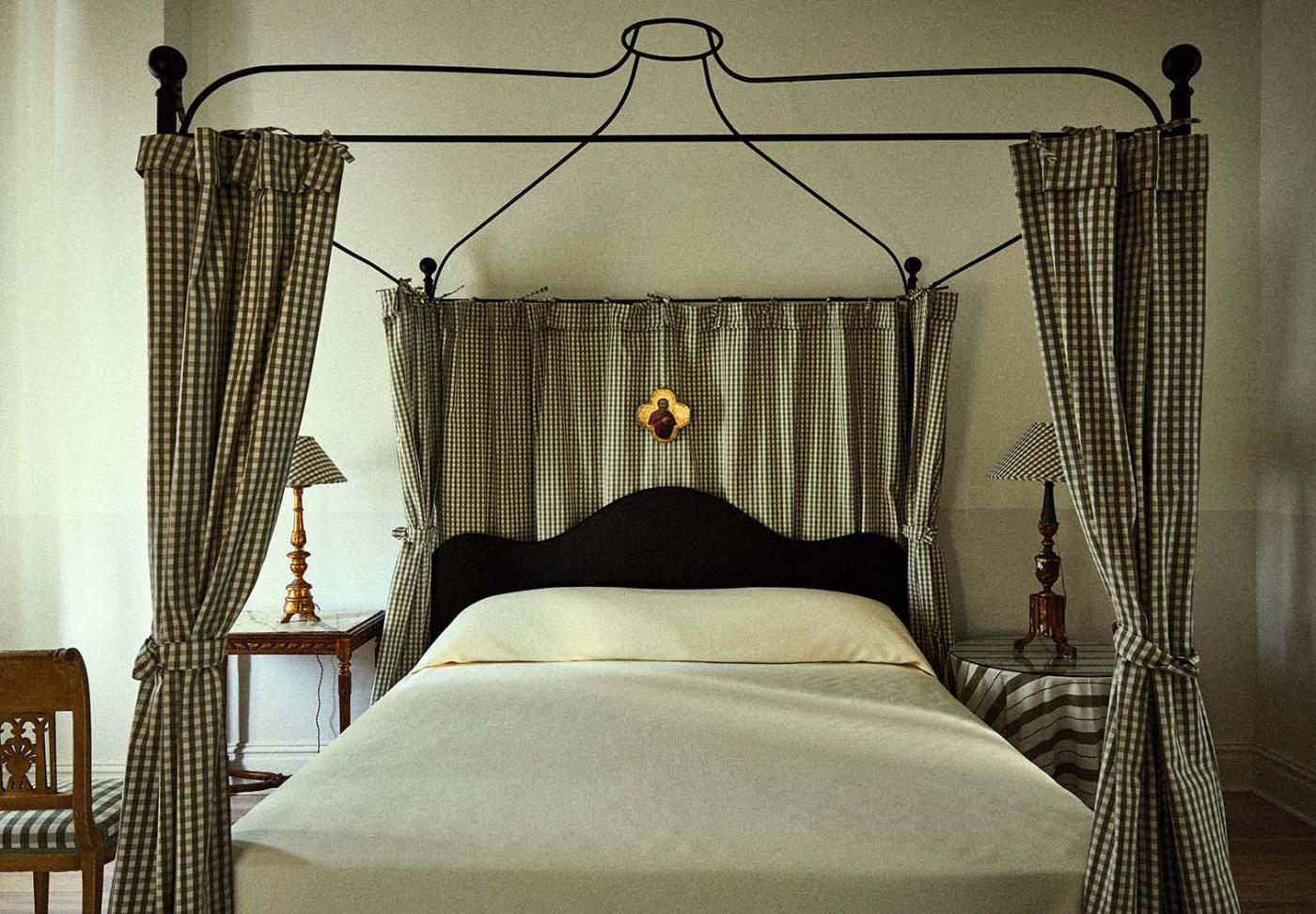 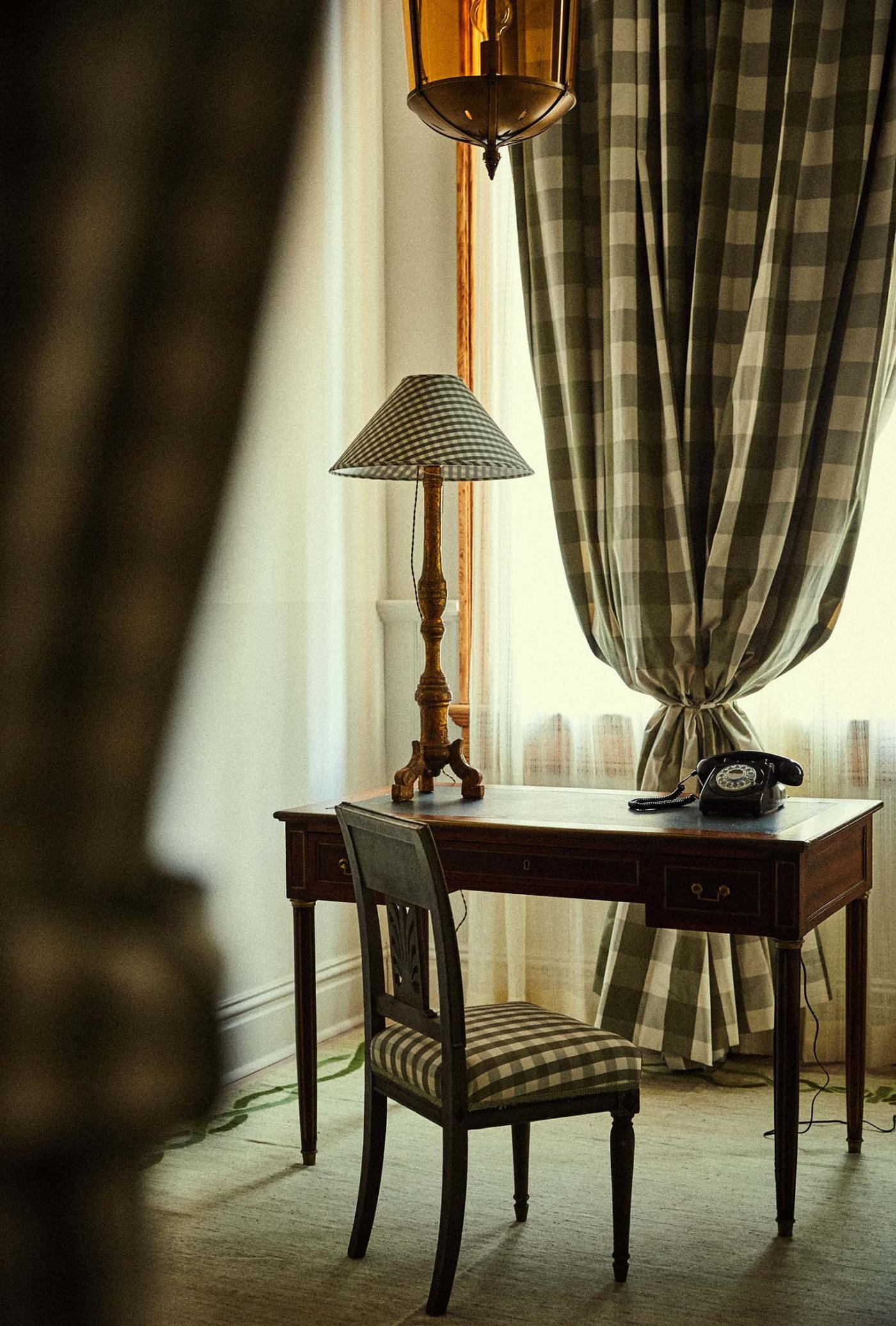 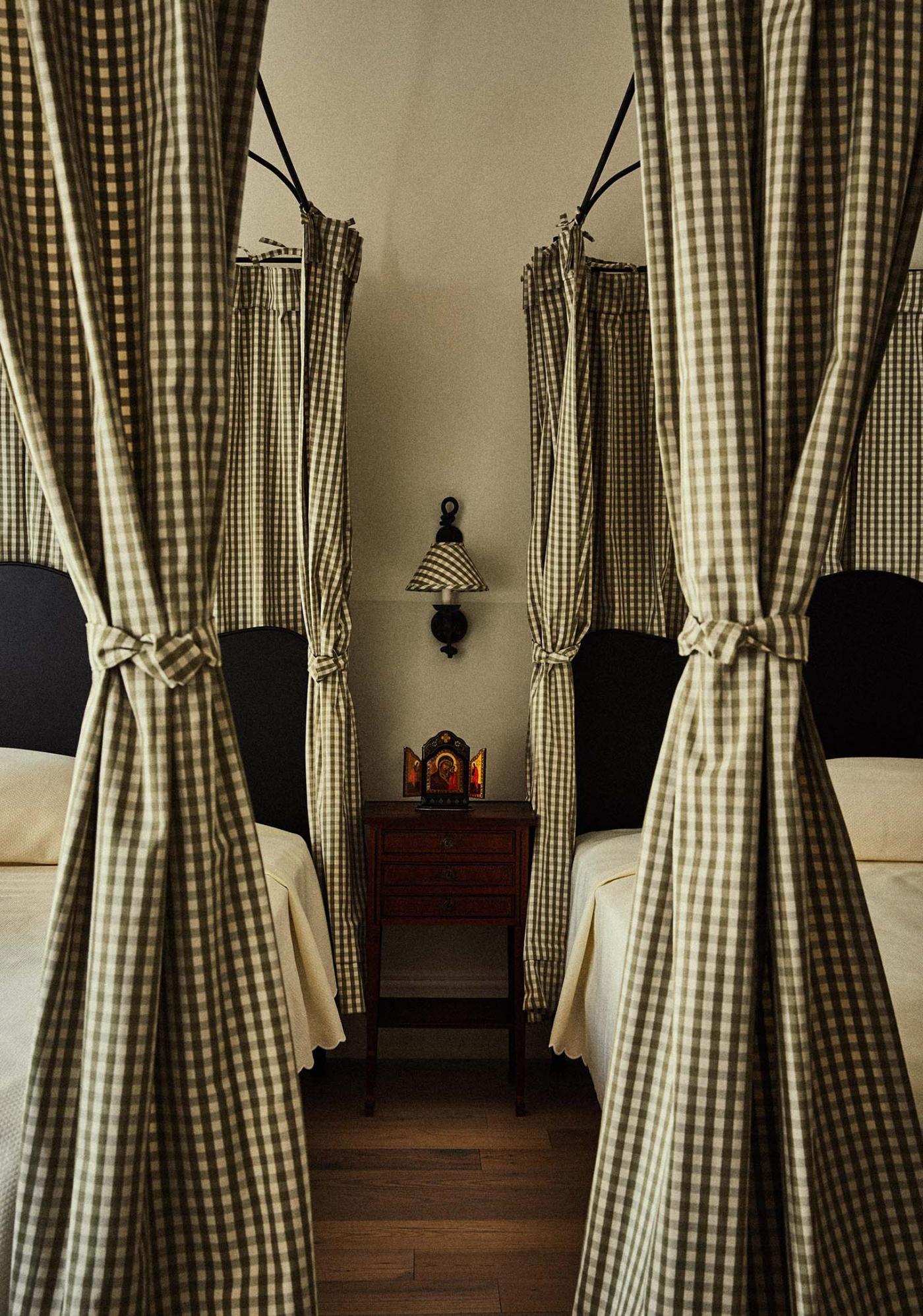 Are there any other ASH hotel projects in the works that we should keep an eye out for?

We are working on our next hotel in Baltimore while also scouting a few more projects on both the East and West coasts that we can hopefully speak about soon! 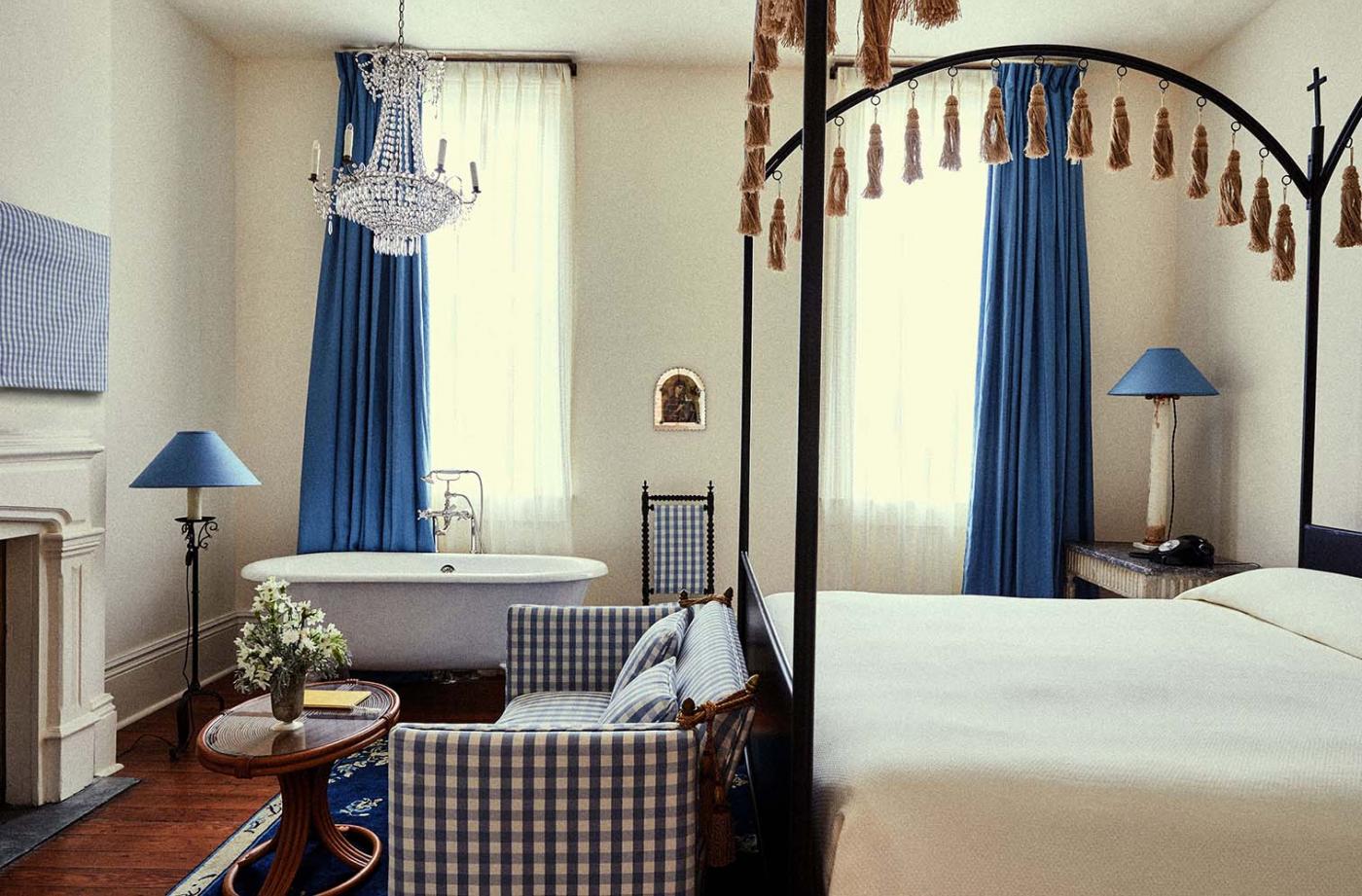 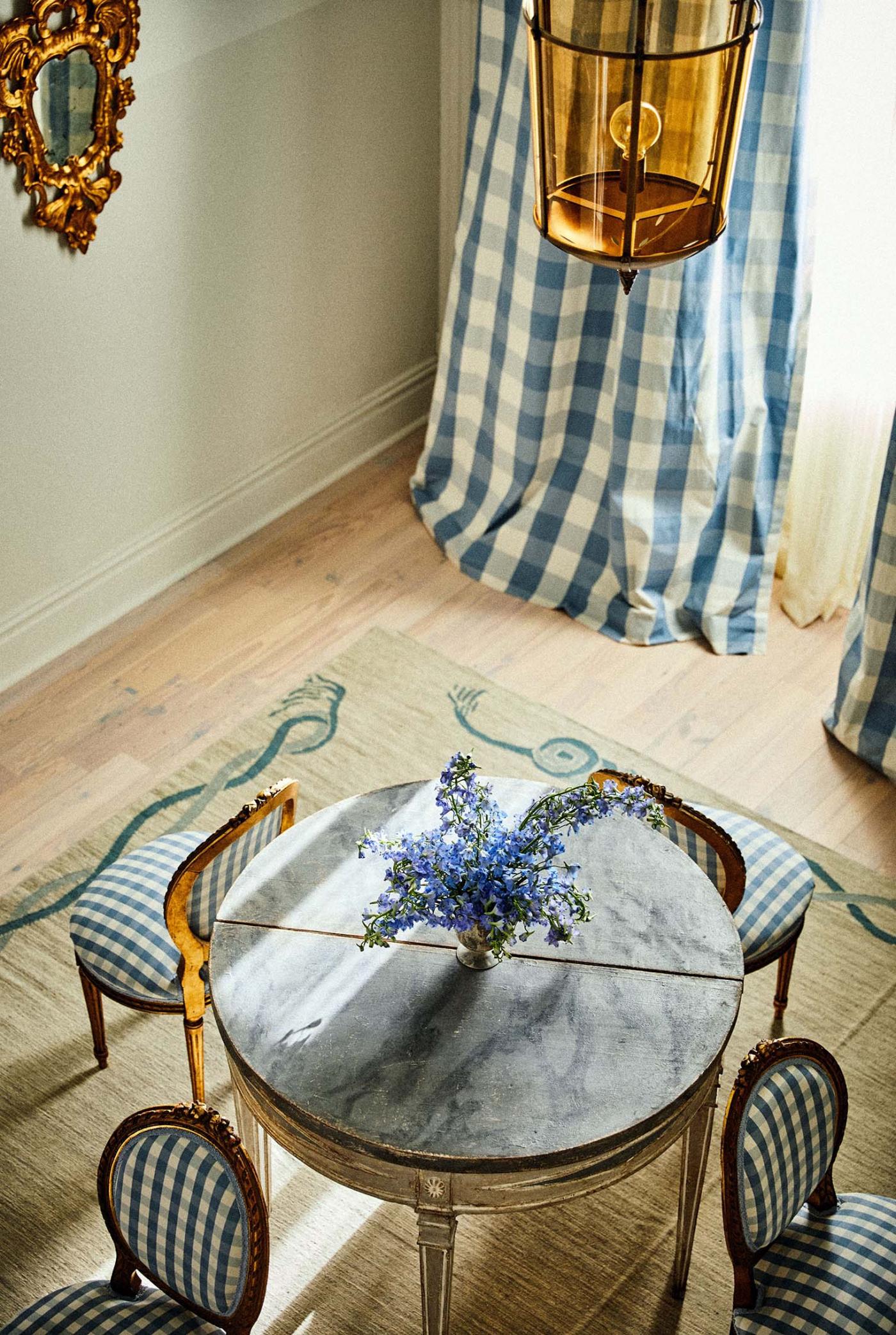 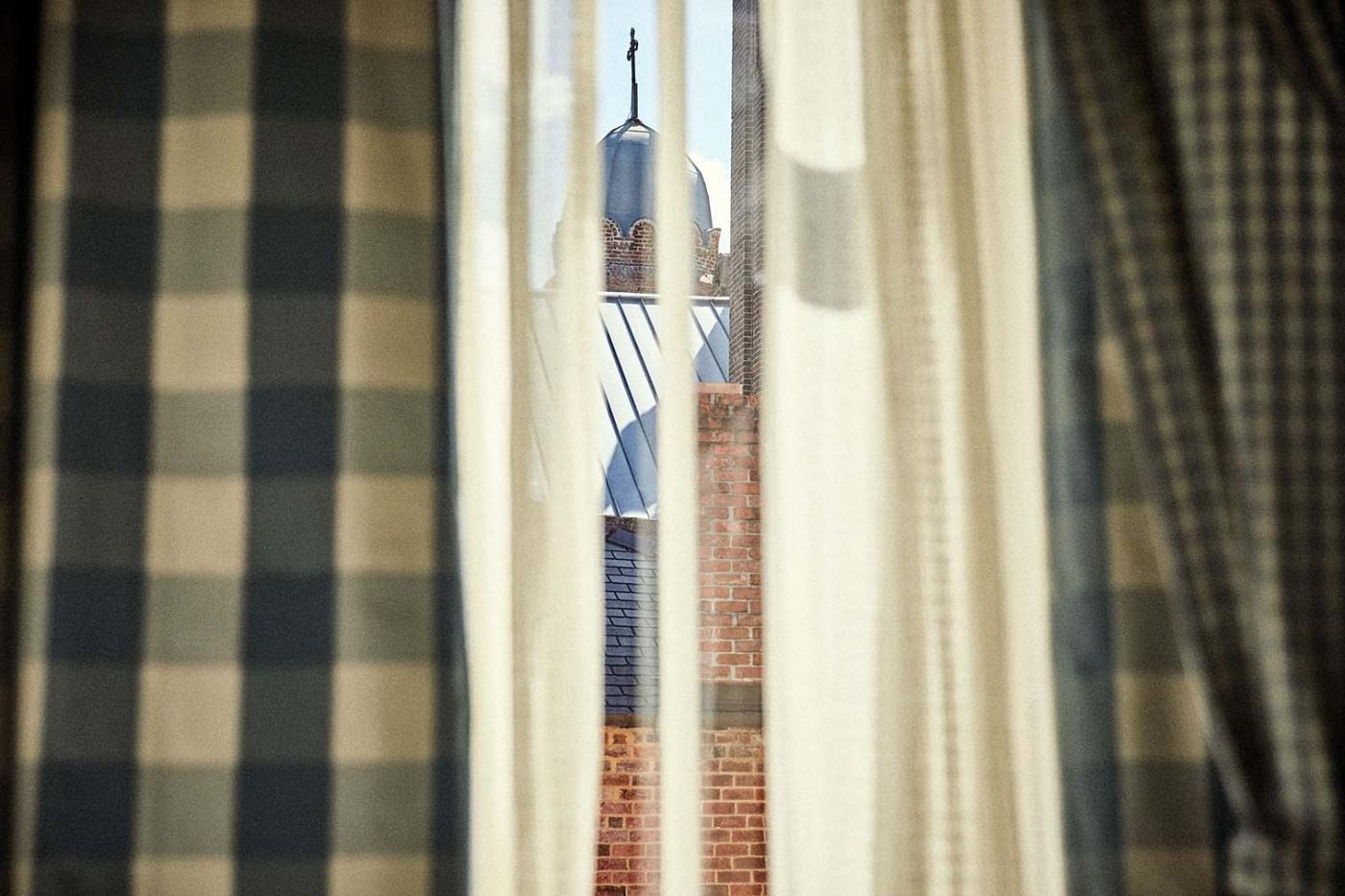 This Australian Restaurant Changes Its Look Every Season

Calling All Shop-a-holics, We Found Your Brunch Heaven

This Authentically Vintage Sleepaway Camp for Adults Has A Crazy History