Nestled in the Buckhead neighborhood of Atlanta, a treehouse offers up the beautiful swirl of southern comfort and universal imagination. Now, to tourists, that likely makes sense, to pop up such a down-home stay out in the wild woods of Georgia. But to locals, that may stir some eyebrows. Because even though guests are surrounded—practically swallowed whole—by exuberant woodland, what makes it more urban escape than rural playhouse is that Buckhead is best known for being a major commercial and financial district of high-rise offices, hotels, and condos. But as this secluded getaway proves, that doesn’t mean you can’t tuck in a tranquil treehouse out in the rolling hills. 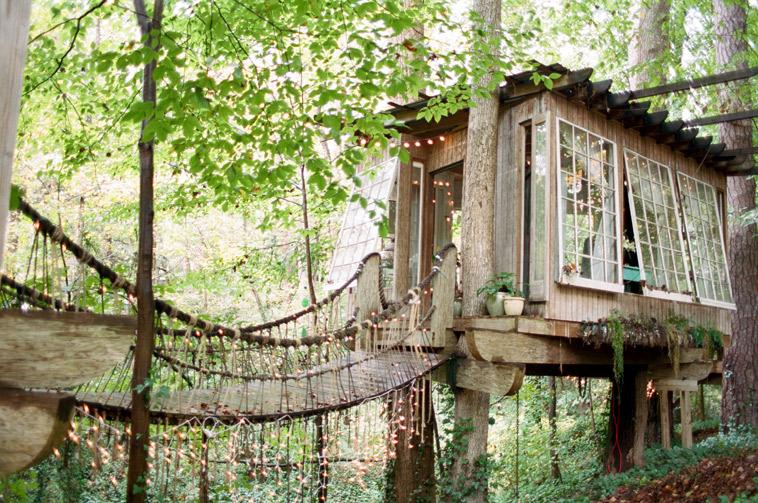 Dreamed up by former Director of Greenpeace Peter Bahouth, the treehouse came to fruition when the environmentalist teamed up with local builder Nick Hobbs to build Atlanta Treehouse. 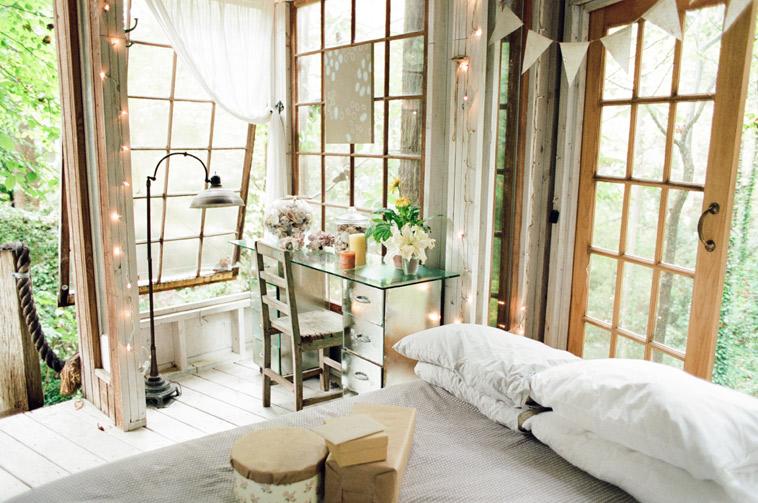 Together, they were able to bring about some rustic magic in the pocket of a metropolis. And though the treehouse was designed for adults, your inner child will break free living like the Ewoks from Return of the Jedi or the Lost Boys from Hook. 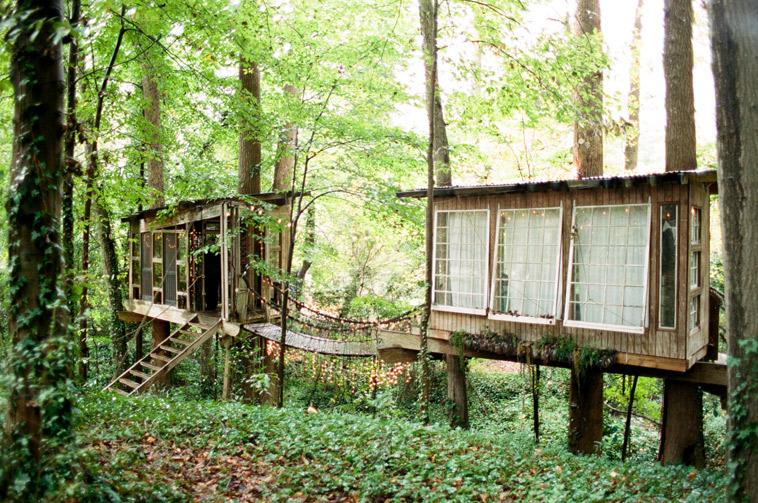 Big trees and bigger sky make up the boundless daytime world around the treehouse. But at night, the collage of tree-living looks almost like a riverboat floating in the dark, mysterious waters of the south. The plentiful tiny lights attached to the roof, rails, and bridges keep the spot aglow with the soothing sound of a churning stream easing any guest into dreamy slumber. 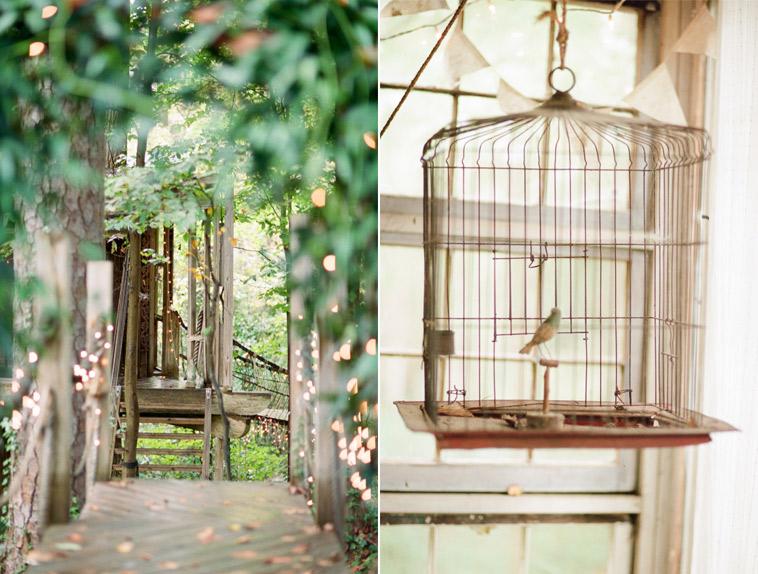 Nicknamed Mind, Body, and Soul, the three sections of the treehouse—living room, bedroom, and deck—are connected by rope-and-plank bridges, all with splendid views of the leafy acre. 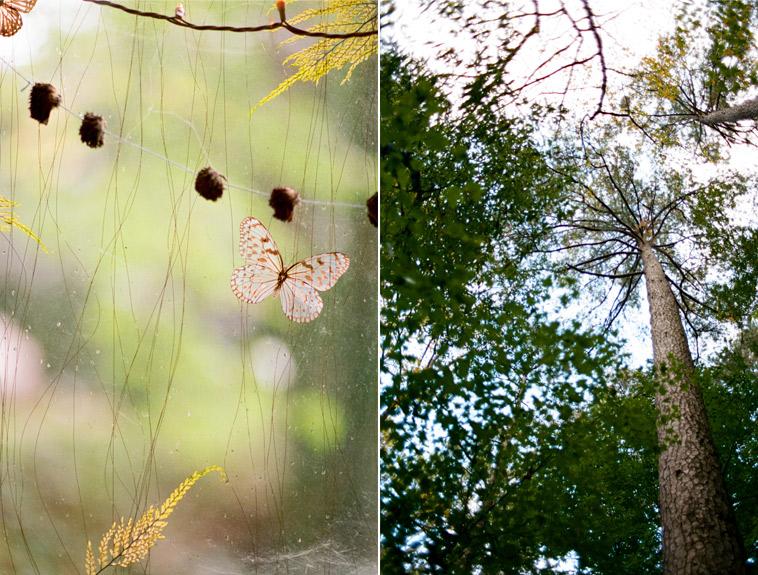 The living room puts out a warm welcome with a cozy antique-adorned space. 80-year-old butterfly-filled windows invite natural daylight in just as casually, while the 12-candle chandelier satisfies the night owls. 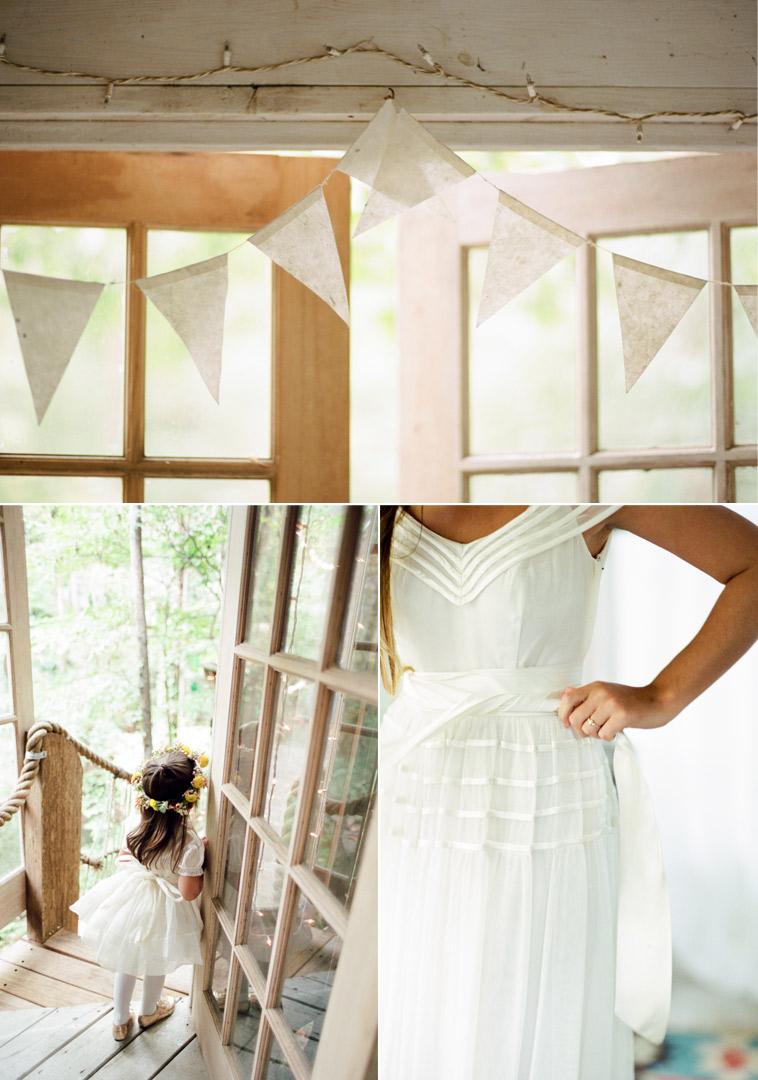 The bedroom’s pillow-top double bed sleeps two with opulent organic linens. Side tables and a small desk add functionality to appearance, as fairy lights, votives, and tapestry-woven rugs enchant guests with an ageless aura. Also, couples can roll their bed onto a platform that allows them to sleep under the stars and above a bubbling stream. 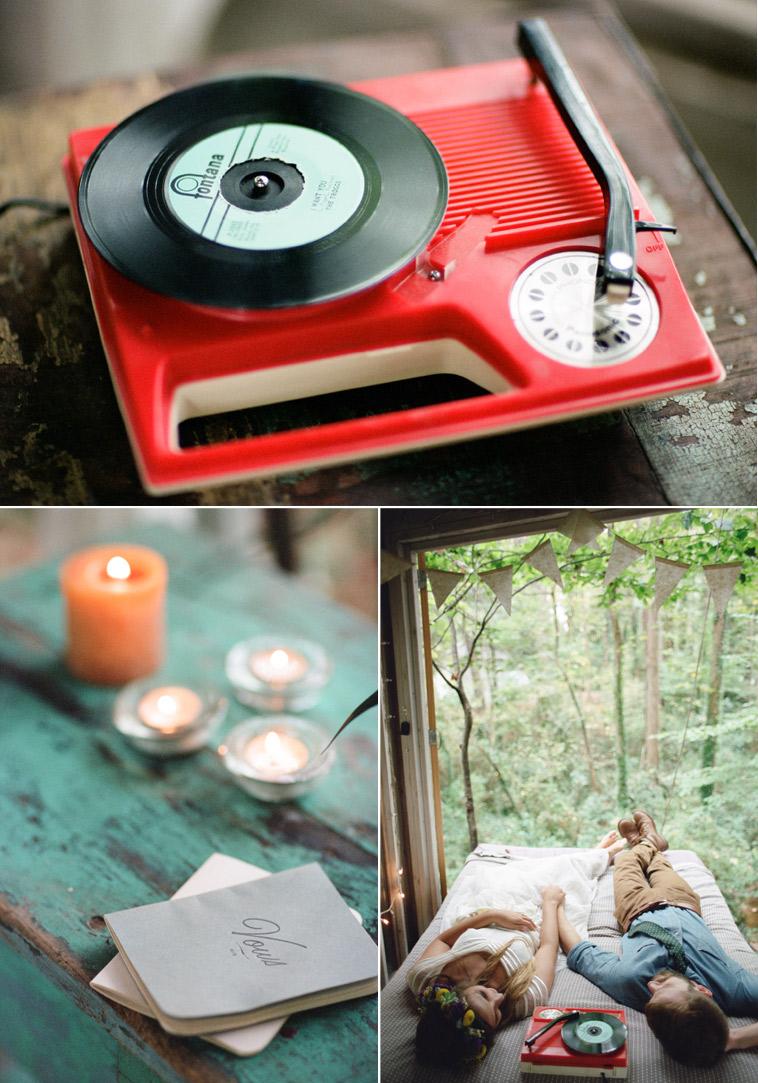 Beyond the interiors, guests will find their circular deck around and beneath a southern short-leaf pine tree. Here, outdoor seating for 10 makes for a wonderful lounging area that features a dartboard and hammock. 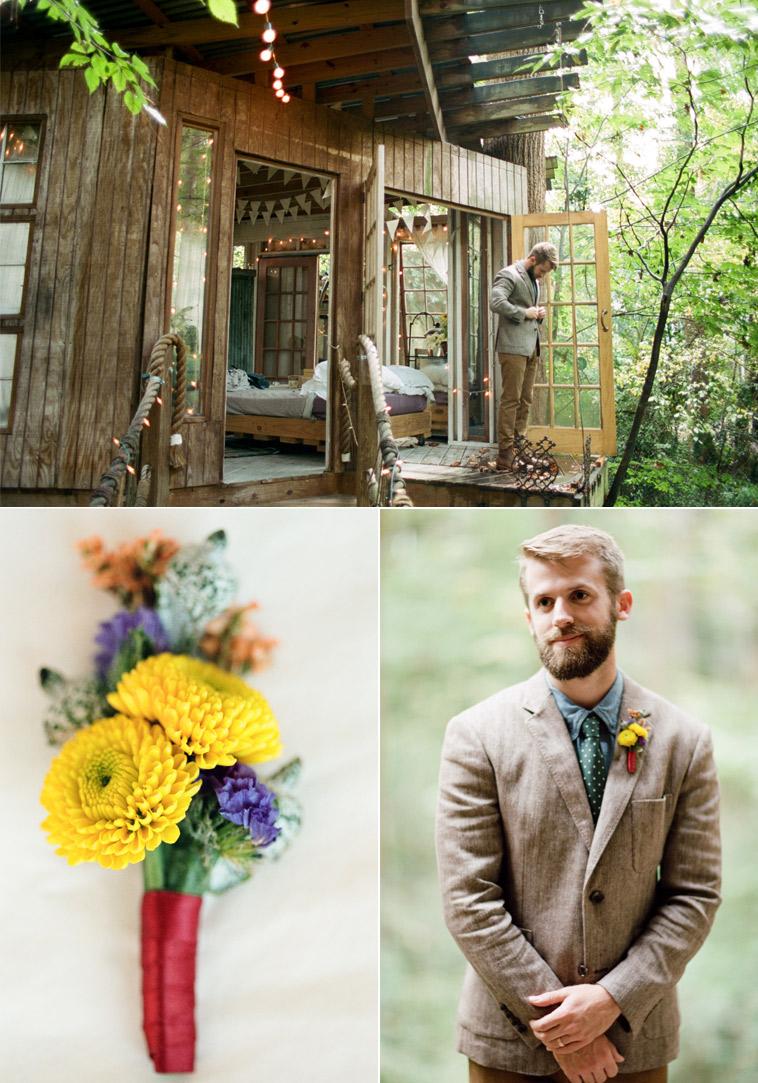 When Ashley Vaughn of White Rabbit Studios arrived at the treehouse to photograph the elopement of Alexandra and Paul, who found the place on airbnb, her heart erupted. It was a photographer’s dreamscape. 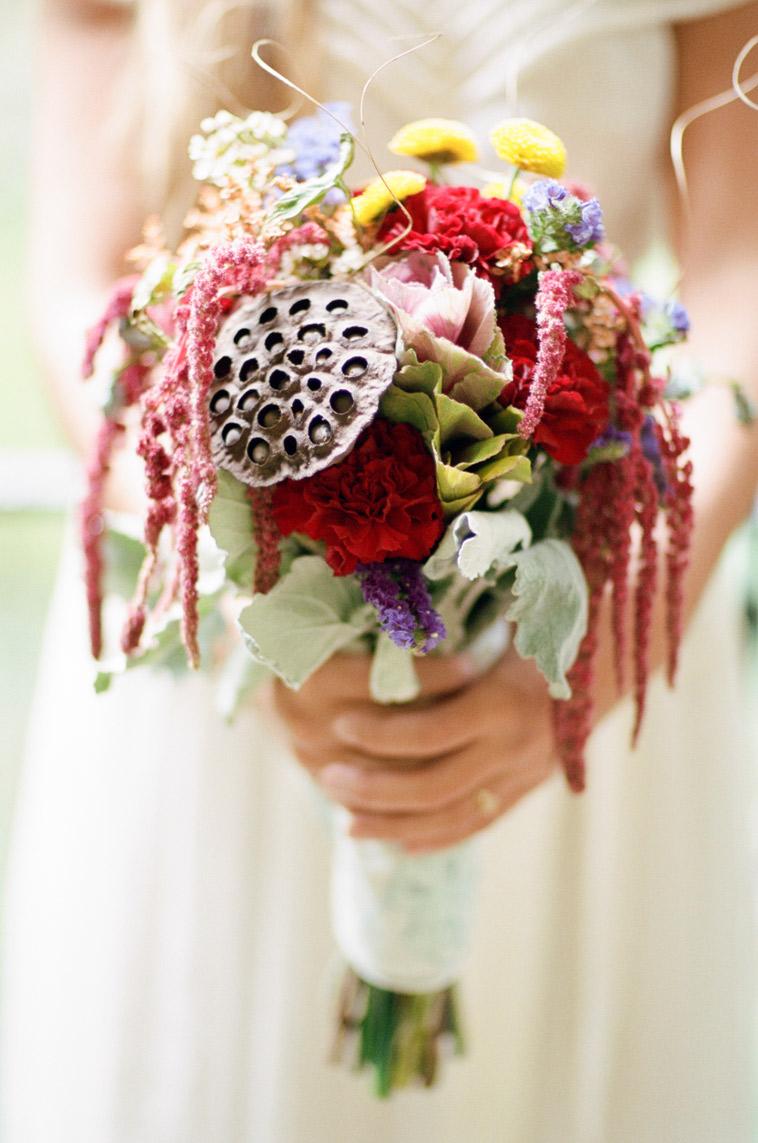 TVR: What were the highlights of the treehouse?

AV: The setting was incredible! Absolutely magical! Lush greenery, rustic antiques, swinging bridges, and everything around me was wonderful to photograph. The owner was friendly and welcoming and, come to find out, a photographer and architect. The treehouse has become a way for him to share his travels around the world with those who visit, as it’s decorated with personal items that add to the charm! 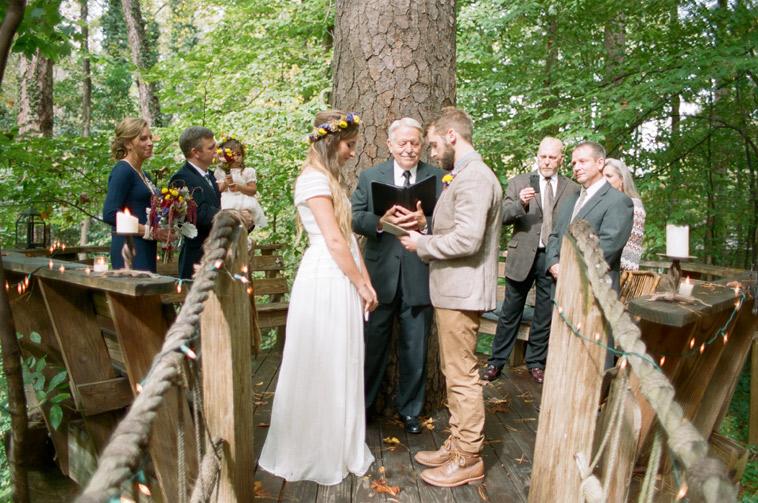 TVR: What was the event you photographed?

AV: I photographed an incredible elopement between two wonderful souls! With just their parents and daughter, the two tied the knot beneath a 100-year-old tree. Alexandra walked across a swinging bridge with her dad and daughter to a Troggs song played on a portable record player. After exchanging their heartfelt vows, there was a small cake “reception” with the family. After photographing up, down, and all around the treehouse, we all bid them farewell as they enjoyed their first night together as husband and wife amid Mother Nature’s beauty! 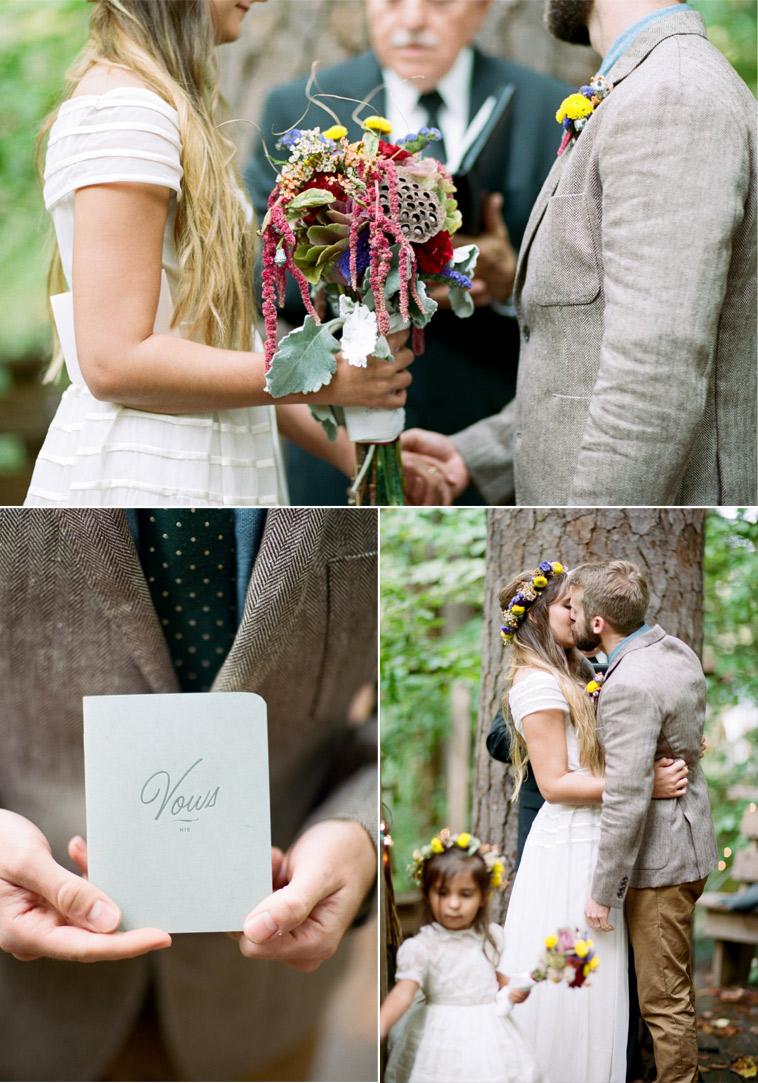 TVR: What made the treehouse an ideal event location?

AV: Alexandra wanted an unique spot to tie the knot. Finding such a fairytale location was so fitting for her style! The two wanted a laid-back, personalized elopement, but also wanted to include their immediate family. This was conveniently close to home, yet completely unique. Their daughter was in love with the place, and it made us all feel like kids again! 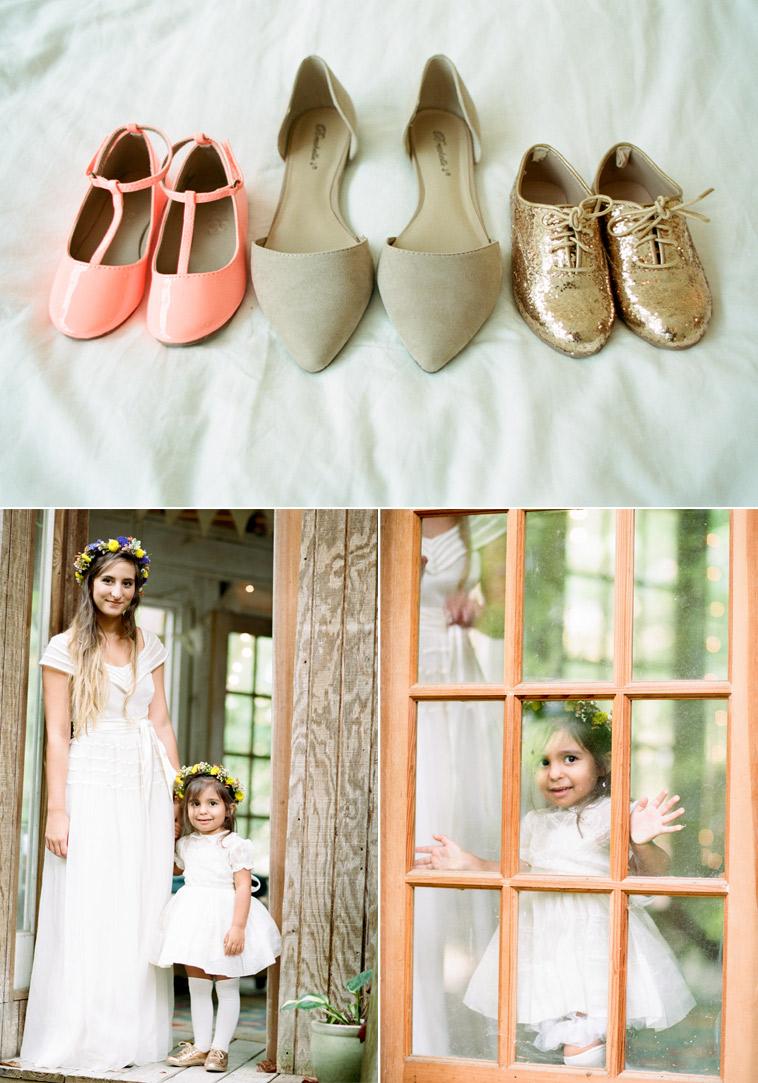 TVR: What makes it a great venue to stay at?

AV: The owner has done a great job with everything. From the treehouse itself to the awesome decor, you have the intimacy to create your own magical moments, yet convenient to explore downtown Atlanta. It was easy to find and the owner is extremely accommodating. 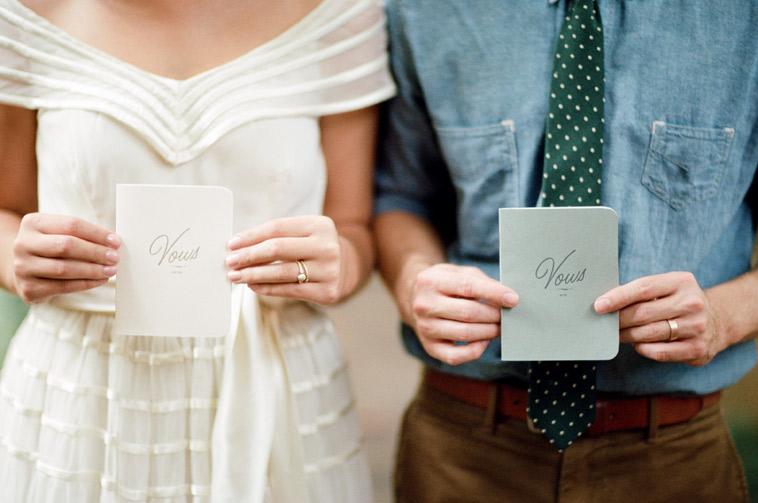 TVR: What made the treehouse good for photography?

AV: Every inch of the place is photogenic! It was hard to actually call, “It’s a wrap.” I told Alexandra and Paul they’d just have to tell me when they’ve had enough with photos. The bedroom was the best “room” to shoot in. Some of my favorite images are with the couple on the seining bridge with the full treehouse in sight. It was also nice to shoot around the brook. As dusk fell, the twinkle lights glowed even brighter! 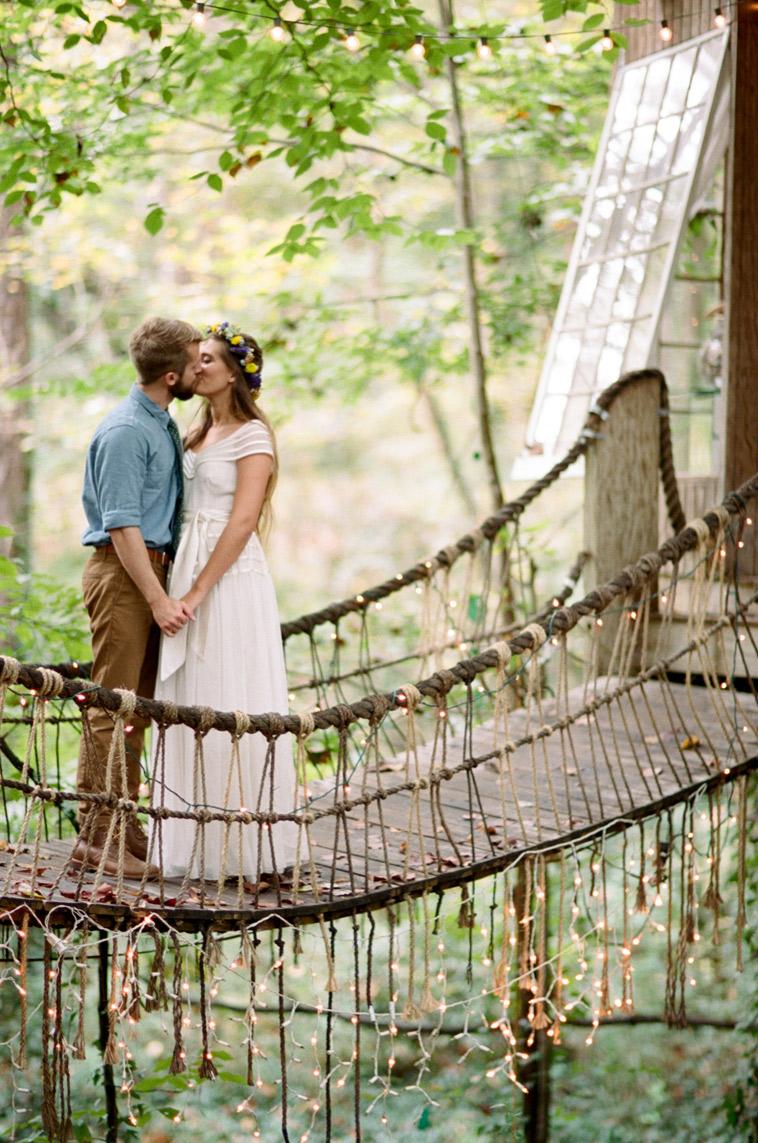 TVR: Where was the lighting best for photography?

AV: It was perfect everywhere, especially with the cloud coverage I had on that particular day. It was like I had a giant diffuser. 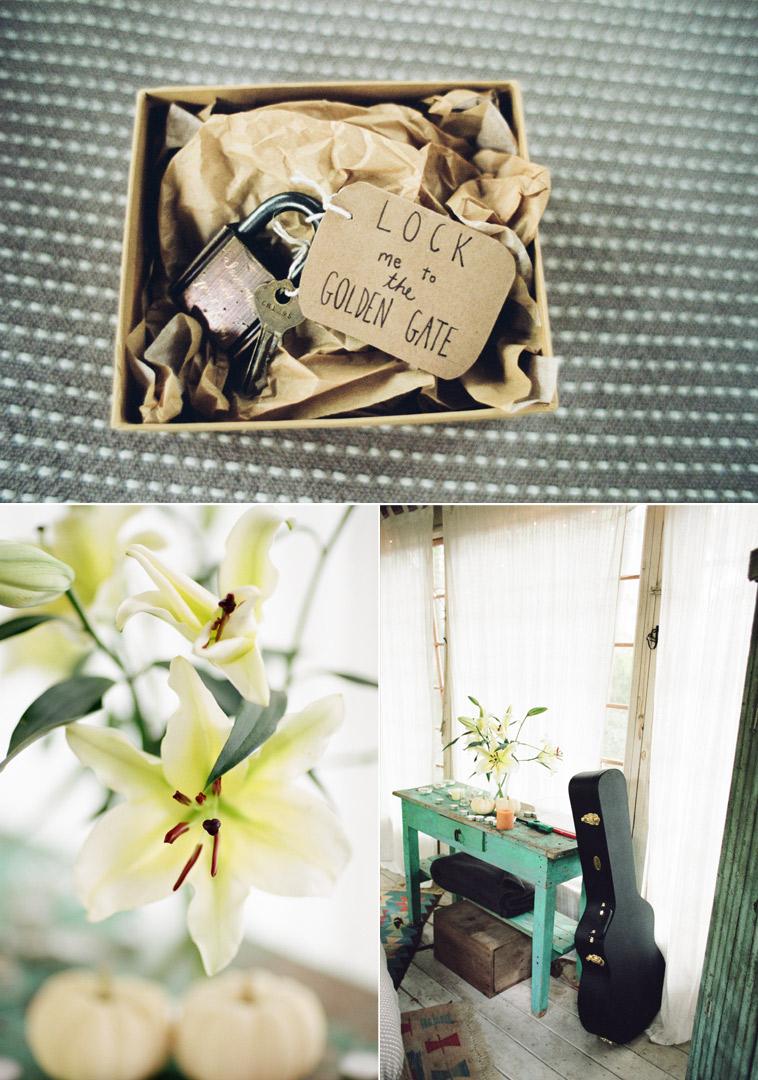 TVR: What events is the treehouse ideal for?

AV: An anniversary trip, intimate getaway, birthday party, if you don’t want a rager or anything. 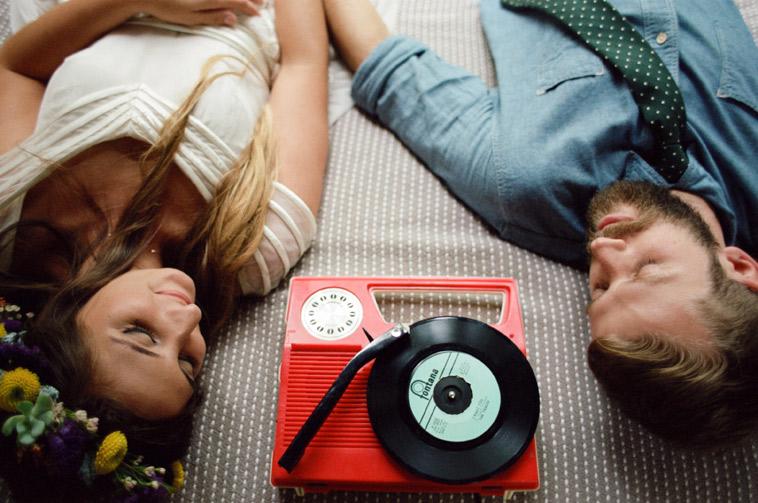 TVR: Any favorite spots in the area?

AV: With the convenient location, it was easy to explore nearby neighborhoods. My husband and I spent a few days before the wedding to hang out in Atlanta. We spent most of our time in Little Five Points and Cabbagetown—exploring record shops (Wax n’ Facts, Criminal Records) and vintage stores (Junkman’s Daughter), noshed on pizza, and drinking beers at any spot that looked cool and divey. 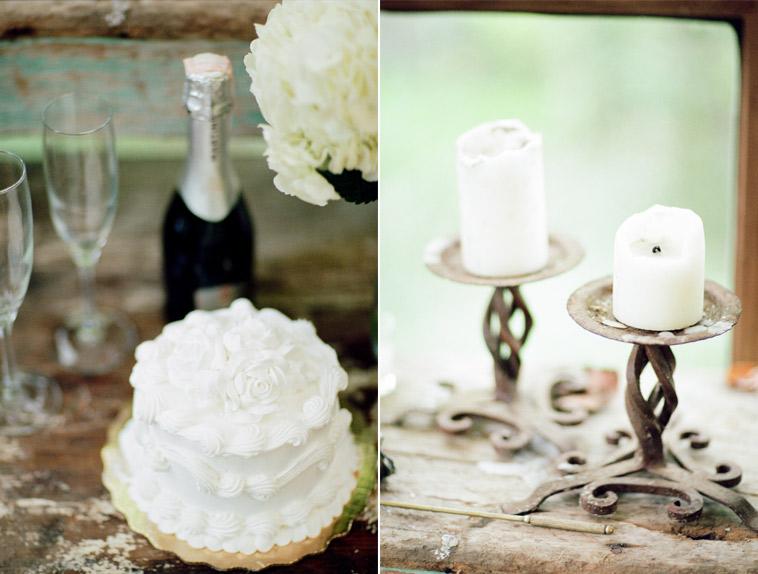 TVR: Did anyone at the treehouse leave a lasting impression?

AV: I wish I had more time to talk to the owner, Peter! We gabbed a bit before the wedding festivities began. He seems like such an interesting person with a neat life. I was very thankful for him welcoming me on the premise to photograph! It was so much fun capturing his creation. 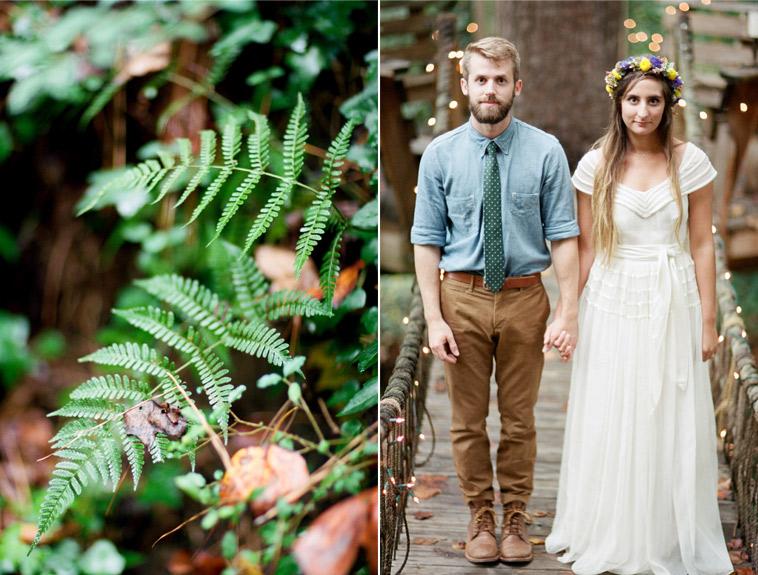 TVR: Any inside tips? 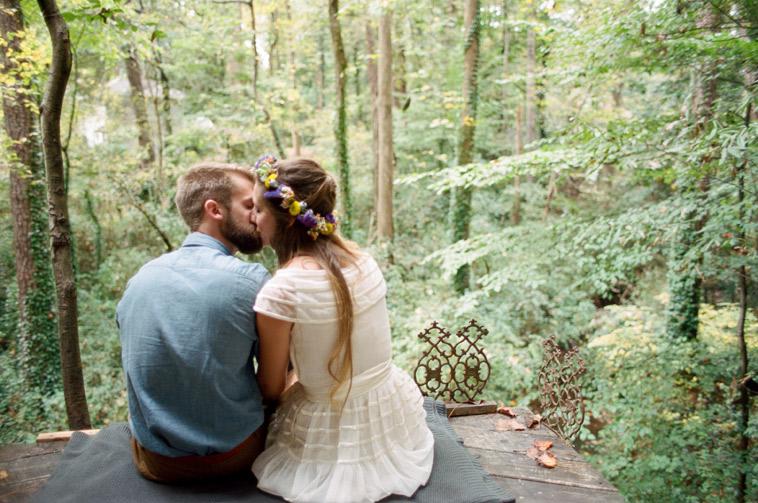 I'm a light chaser and memory maker with a lust for life and love! I shoot film and travel the globe capturing blinks of life I'm lucky enough to encounter. - Website

Have Brunch, Will Travel. Next Stop: Marrakech.

This Minimalist Hotel Floats out on the Open Sea in Japan

This Luxury Safari Brand is Leading The Way in Eco-Tourism