Ah, New York City. The land of opportunity. The land where eight million people live on one single island. With this many people and a variety of cultures, there are bound to be thousands of diverse and delicious places to indulge in this pretty-little meal we call brunch. But what is it about this morning meal that makes us so downright happy? Is it the plethora of flaky pastries, the oozing of egg yolks or the sweet sparkle of a much-needed mimosa? Maybe it’s the atmosphere: spending the last hurrah of the weekend with close friends before we all face an inevitable case of the Mondays. 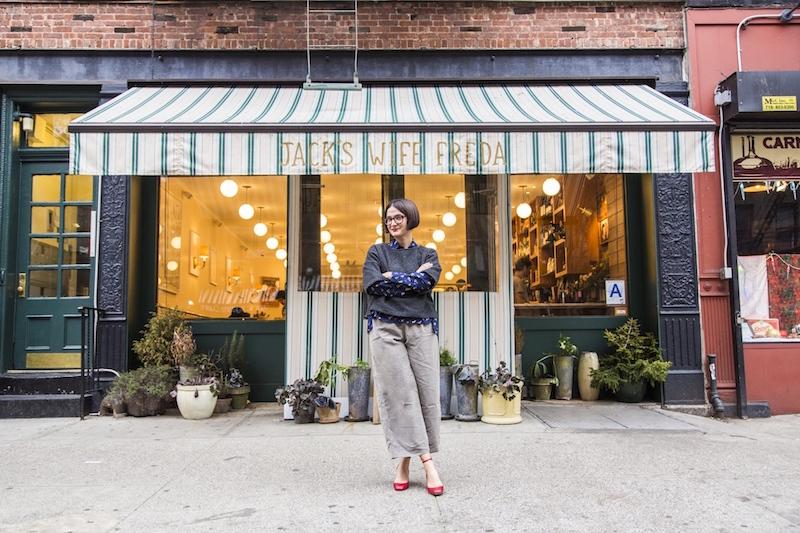 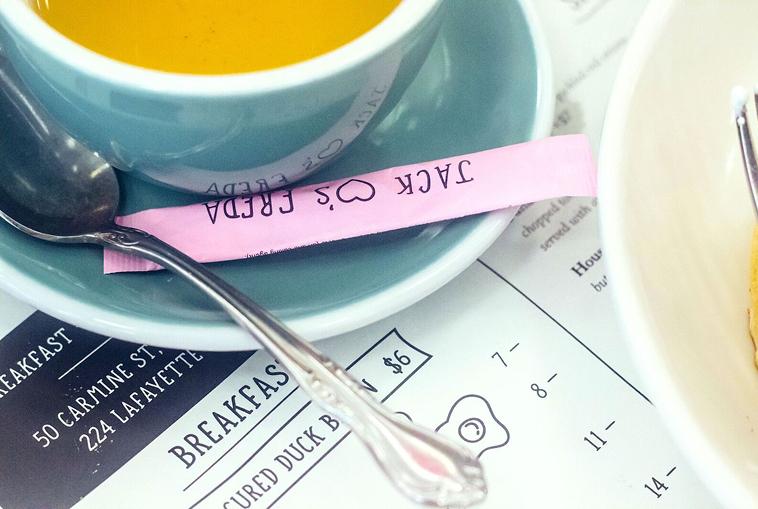 Whatever it is, New Yorkers gotta have their brunch and for this week’s Sunday #BrunchBucketList, we’re taking you to your next go-to spot, the South African Israeli Jewish Grandmother cafe that is Jack’s Wife Freda. 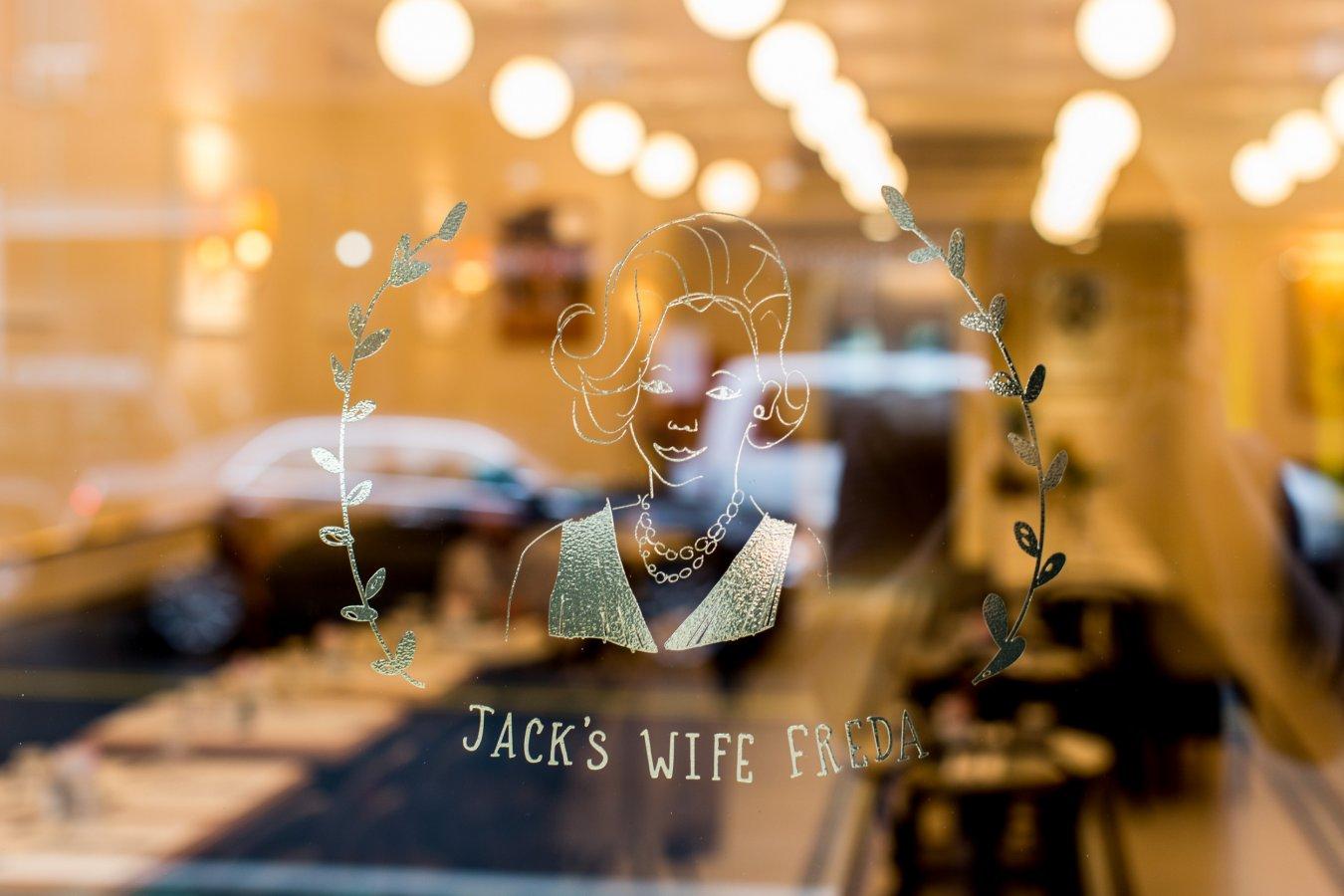 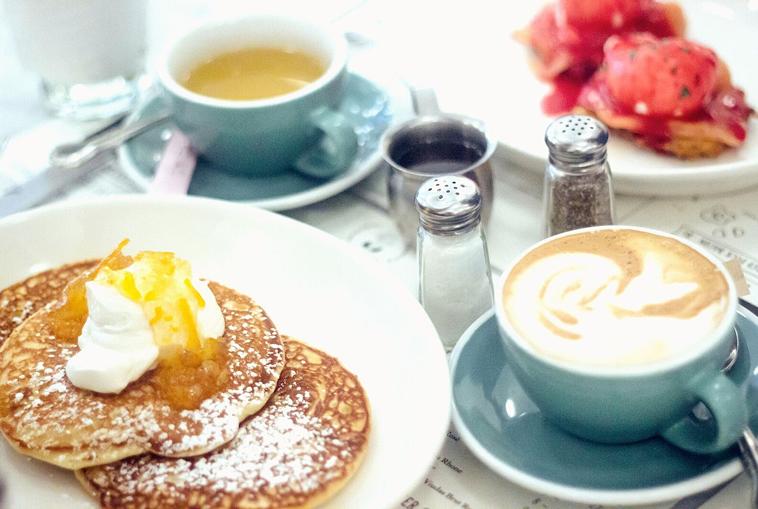 This husband-and-wife owned New York brunch restaurant is located in trendy Soho beneath a quaint, striped awning. Decorated with orb lights and a decked out bar, Jack’s Wife Freda incorporates their love of city and home to create a full-service, down-to-earth, but still mind-blowingly delicious eatery in the midst of the lively city. 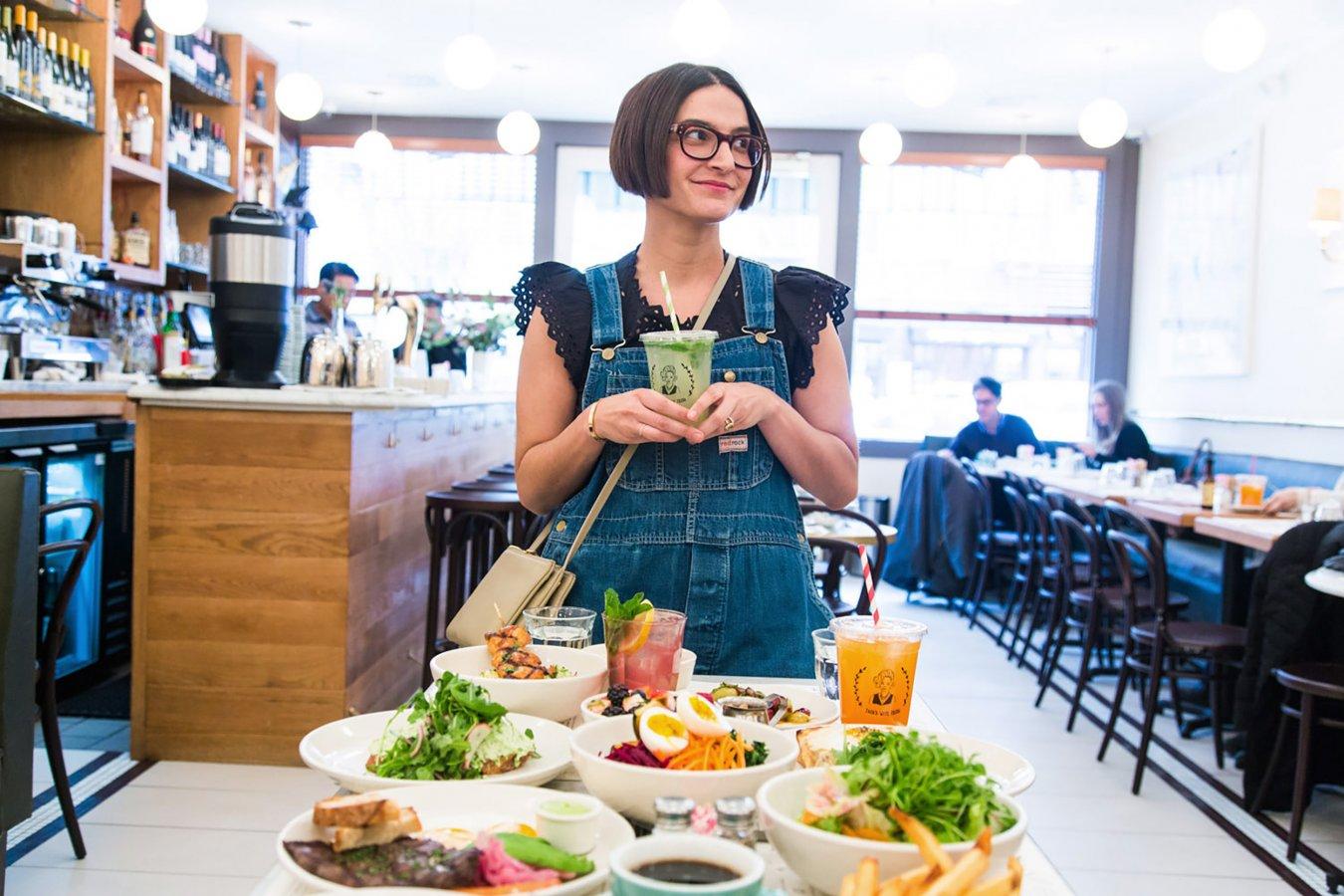 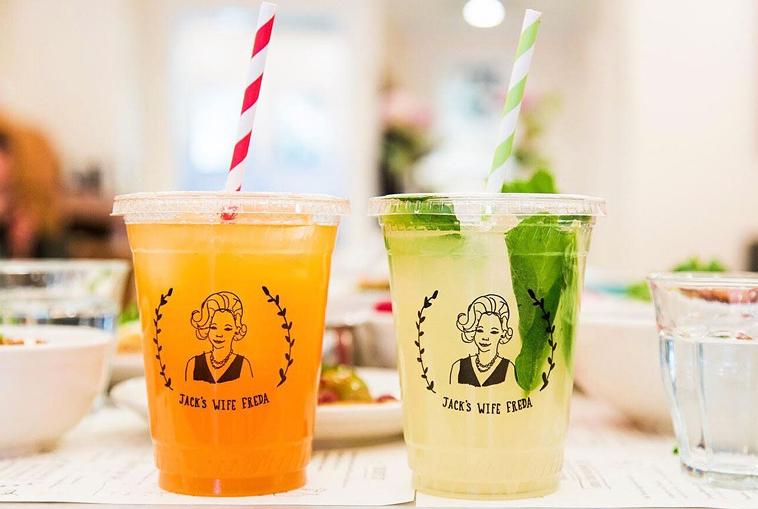 The Story Behind The Name

The cuisine boasts the namesake of South African Israeli Jewish Grandmother because of its array of eclectic, global dishes and sweet immigrant love story background.

Dean from South Africa met Maya from Israel when the two were working in the kitchen at famed New York City brasserie, Balthazar. The pair fell in love and infused their unique cultures and backgrounds into all aspects of the restaurant. The quirky cafe got its name from Dean’s grandparents, Jack and Freda, who were incredible hosts and provided delicious food to everyone they encountered. That has to be the most adorable naming we’ve ever heard. 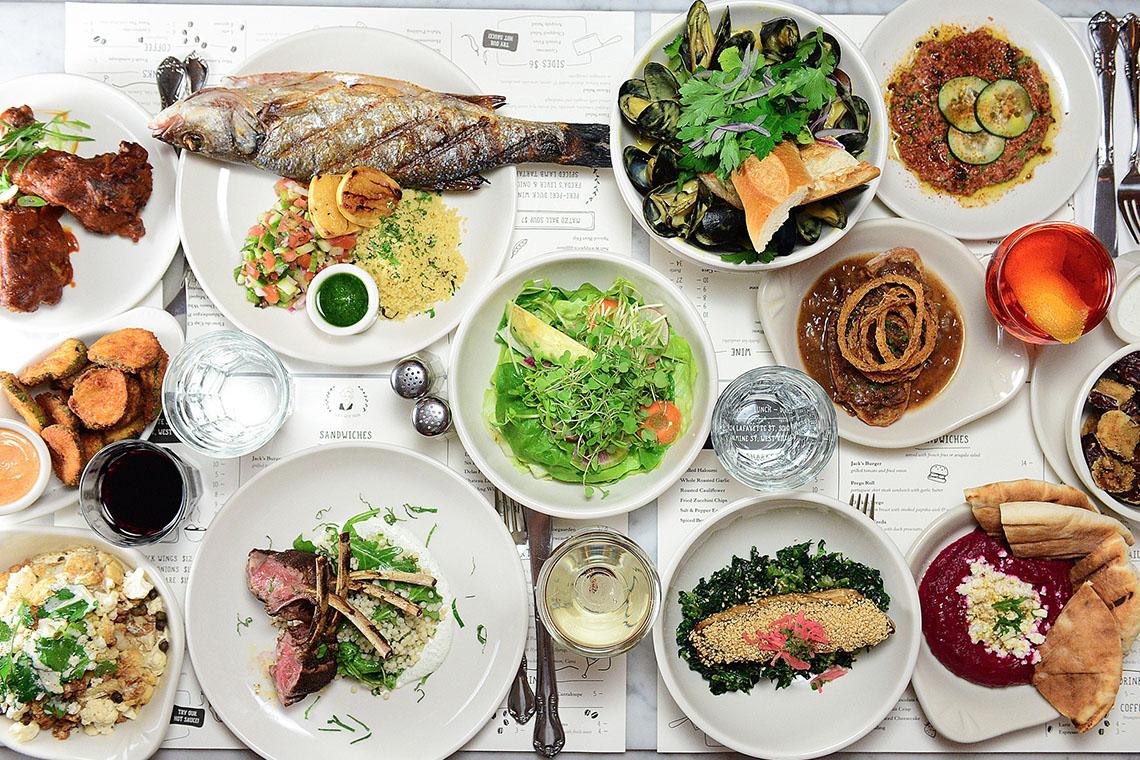 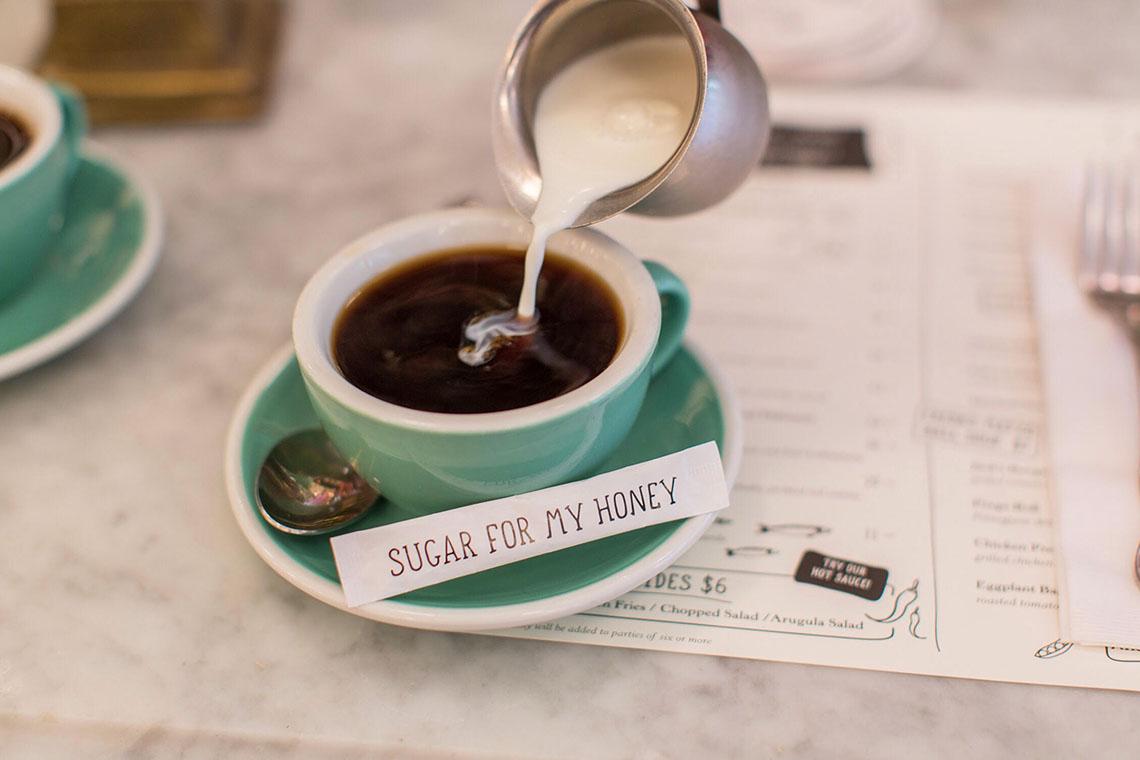 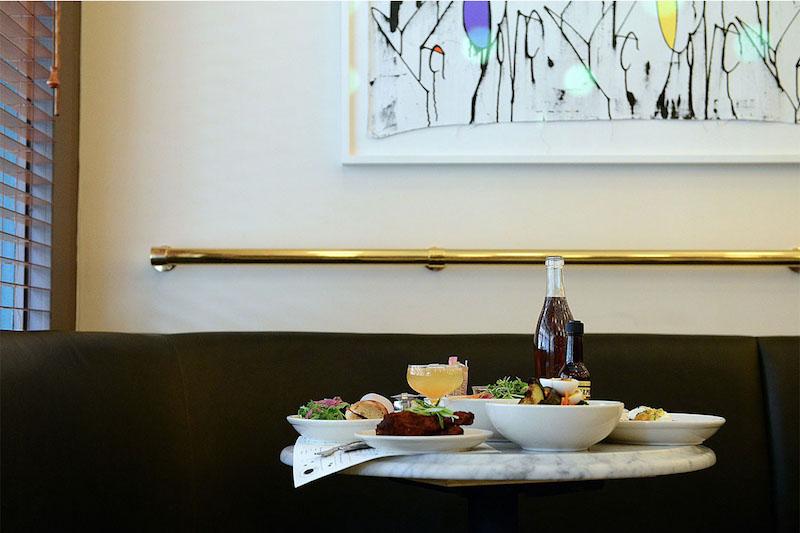 There’s no question why this cozy little cafe was named one of the Best Breakfast Restaurants in America by the New York Post. Jack’s Wife Freda is serving up all-day, international cuisine from its two locations in Soho and the West Village. We’re currently craving the namesake breakfast sandwich from heaven, the Madame Freda: a pressed sandy with thinly sliced duck prosciutto, cheesy cheddar béchamel and gruyere, finished off with a gooey fried egg. On the side we’re having a fluffy rosewater waffle piled high with Lebanese yogurt, sugary mixed berries and homemade honey syrup, and simultaneously sipping on an updated cantaloupe mimosa while watching the stylish clientele.

In case your Saturday night did you dirty causing you to get a very late head start on your brunch festivities, Jack’s Wife Freda offers its breakfast favorites well into the afternoon. Even better? If you’re feeling completely bedridden, you can get their gorgeous goodies delivered right to you. Gorge on smoked salmon and avocado toast piled high with micro greens and a shallot vinaigrette and bask in the sunlight streaming through your windows. 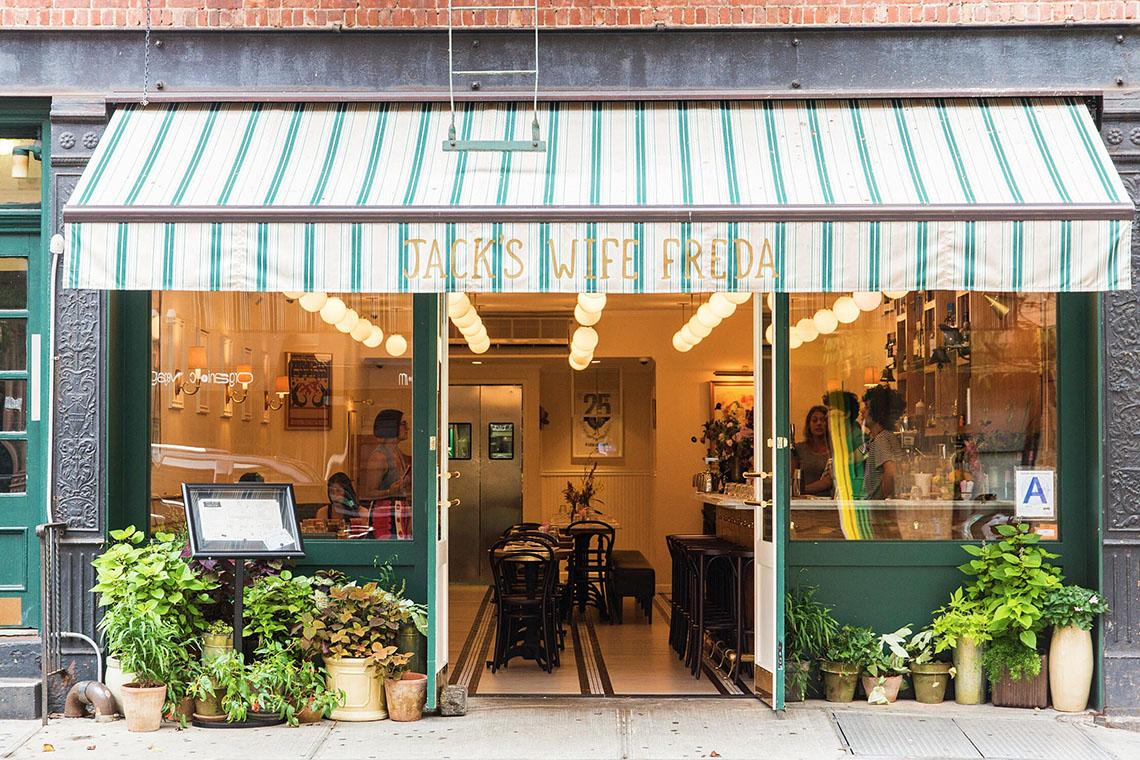 So what are you waiting for? Get out there and indulge in this updated Israeli cuisine, even better than your bubbe made you.

This Iconic Airport Terminal is About to Become a Retro Hotel