Last night, haute couture found itself out of the fashion house and into the California hills for a Western inspired fashion show full of tents, hot air balloons, and guests sitting on woven rugs. Located at the Upper Las Virgenes Canyon Open Space Preserve in Calabasas, Dior set up camp for the ultimate American West glamping experience.

Paying homage to Gone With the Wind and Little House on the Prairie, Dior’s artistic director, Maria Grazia Chiuri, chose the same hills and valleys that these iconic Western films took place at for her first cruise line. Keeping with the tributary motif, Chiuri drew inspiration from Georgia O’Keeffe’s paintings for the intricate designs and patterns adorning the pieces. 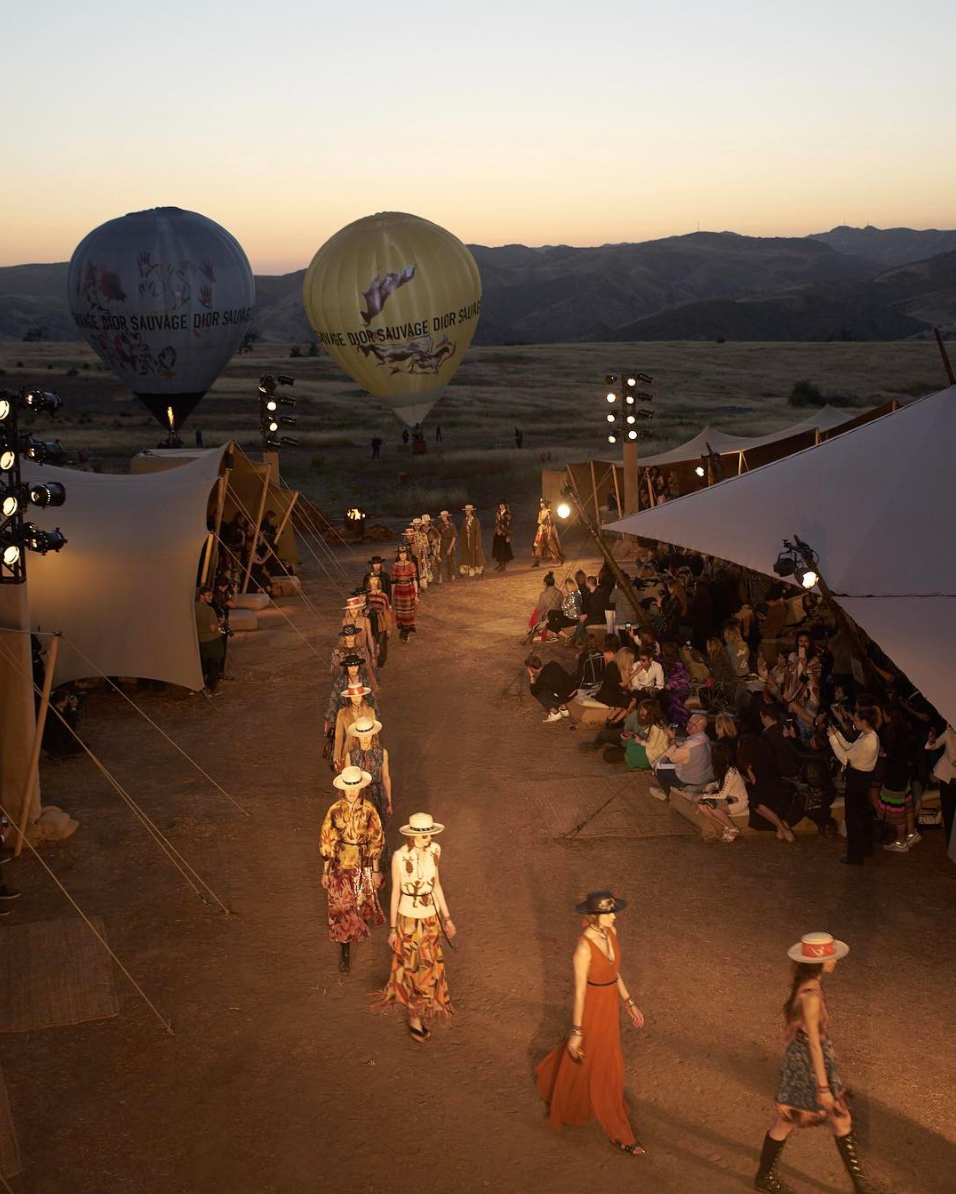 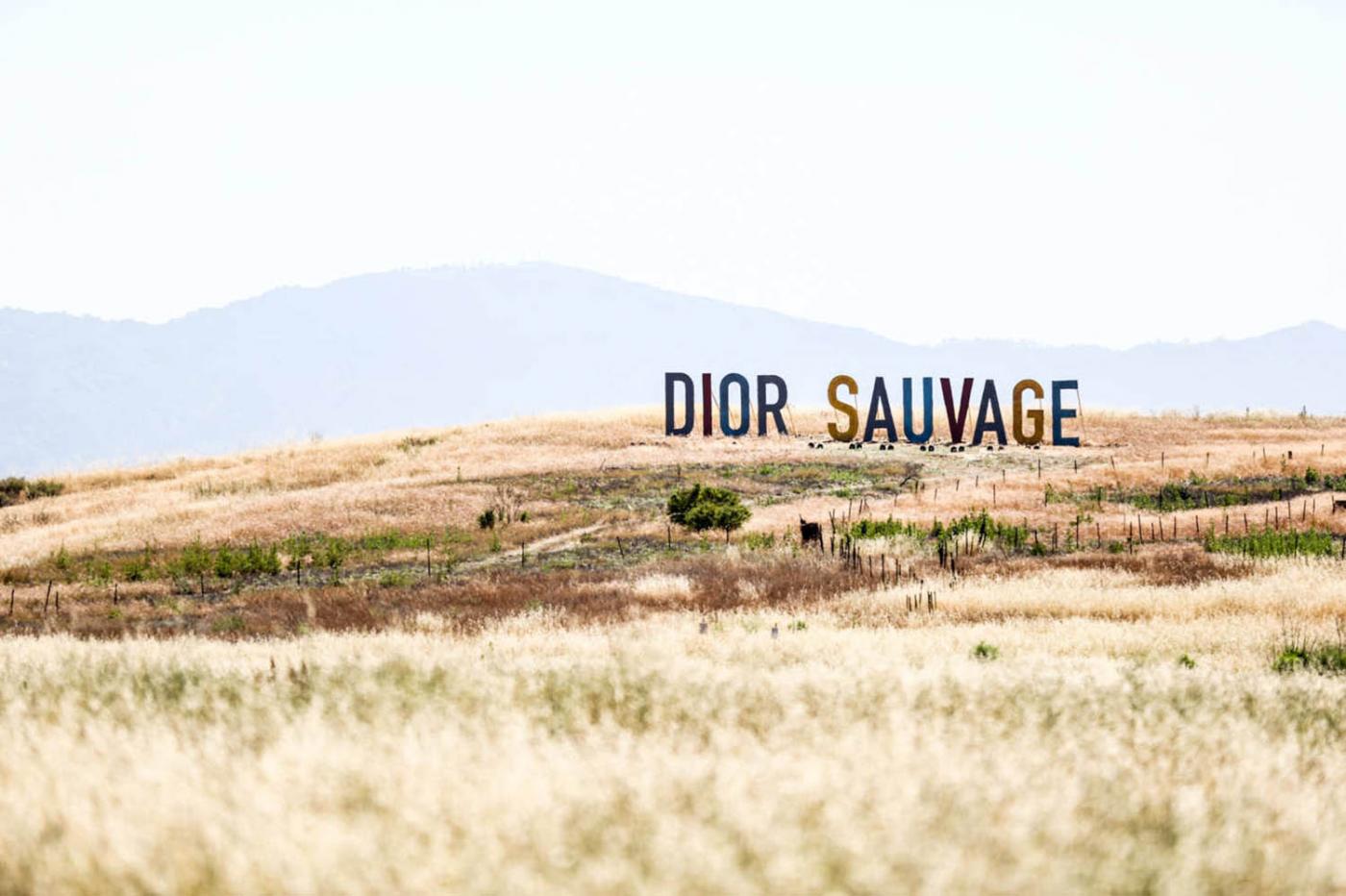 Canvas tents shadowed by bonfires and painted hot air balloons set the tone for the evening. A-list guests including Rihanna, Charlize Theron, Solange Knowles, and Miranda Kerr all gazed from under canvas as the sound of Moroccan bells and drums filled the air while the sun went down over the Pacific. 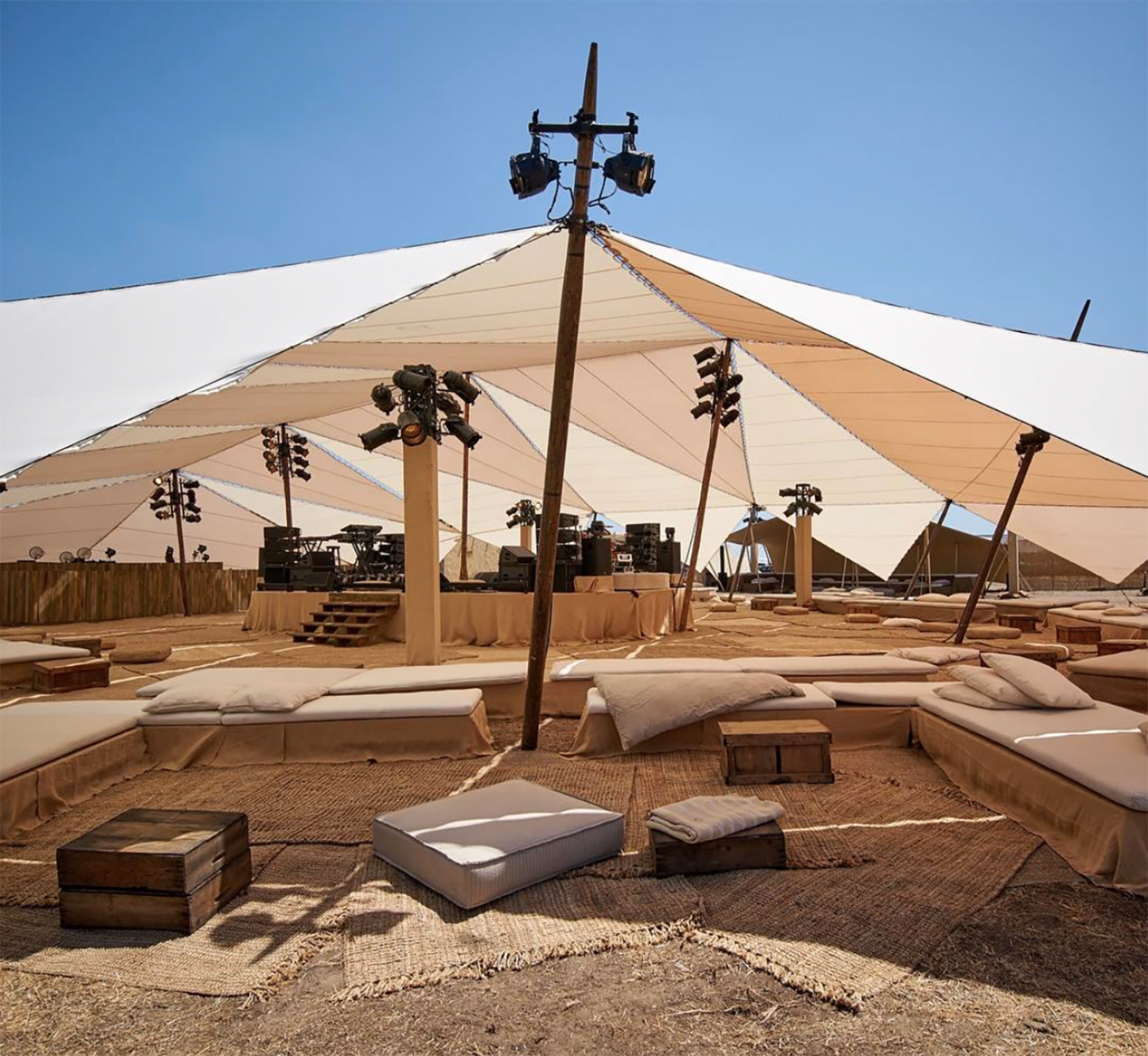 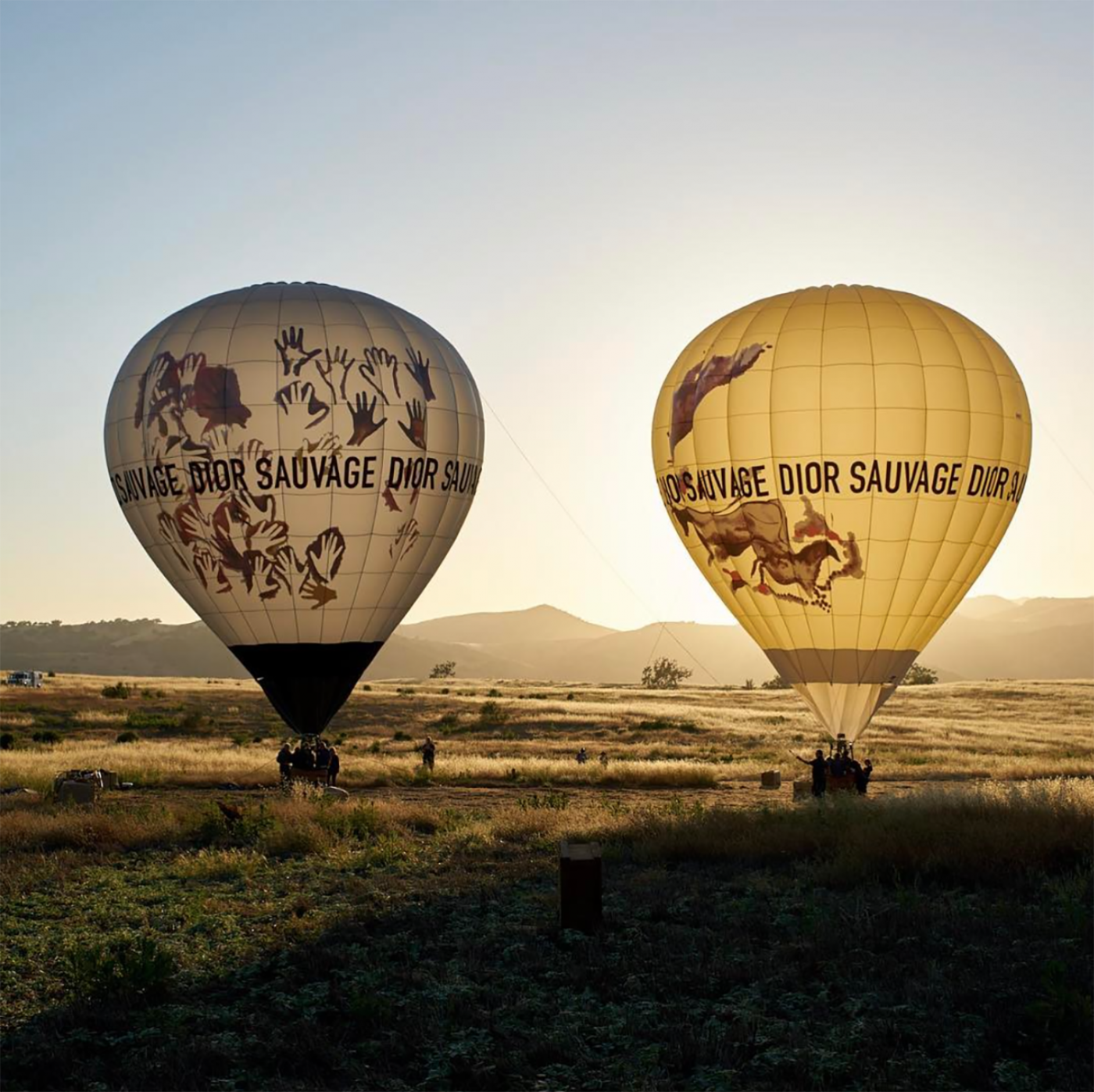 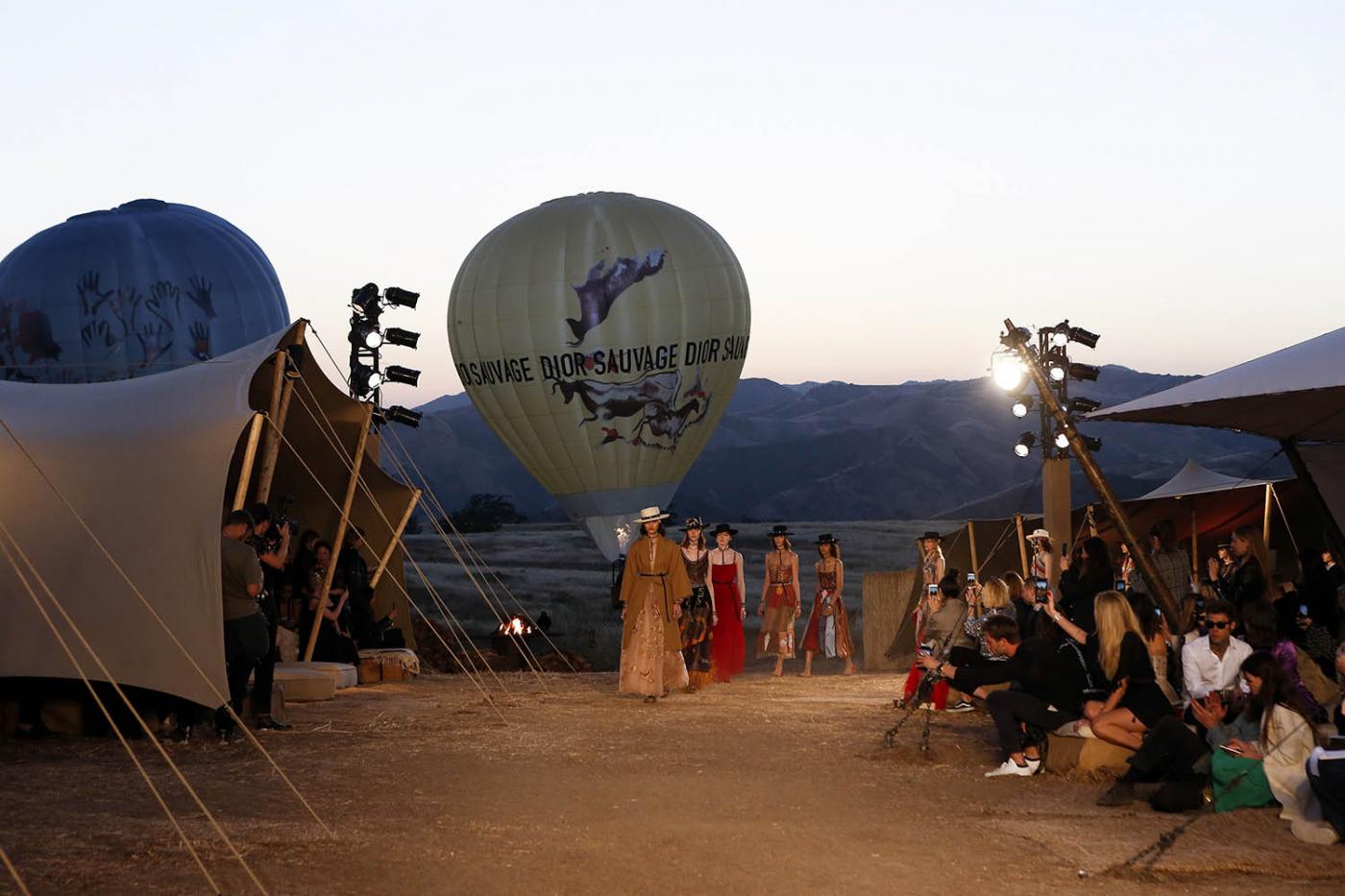 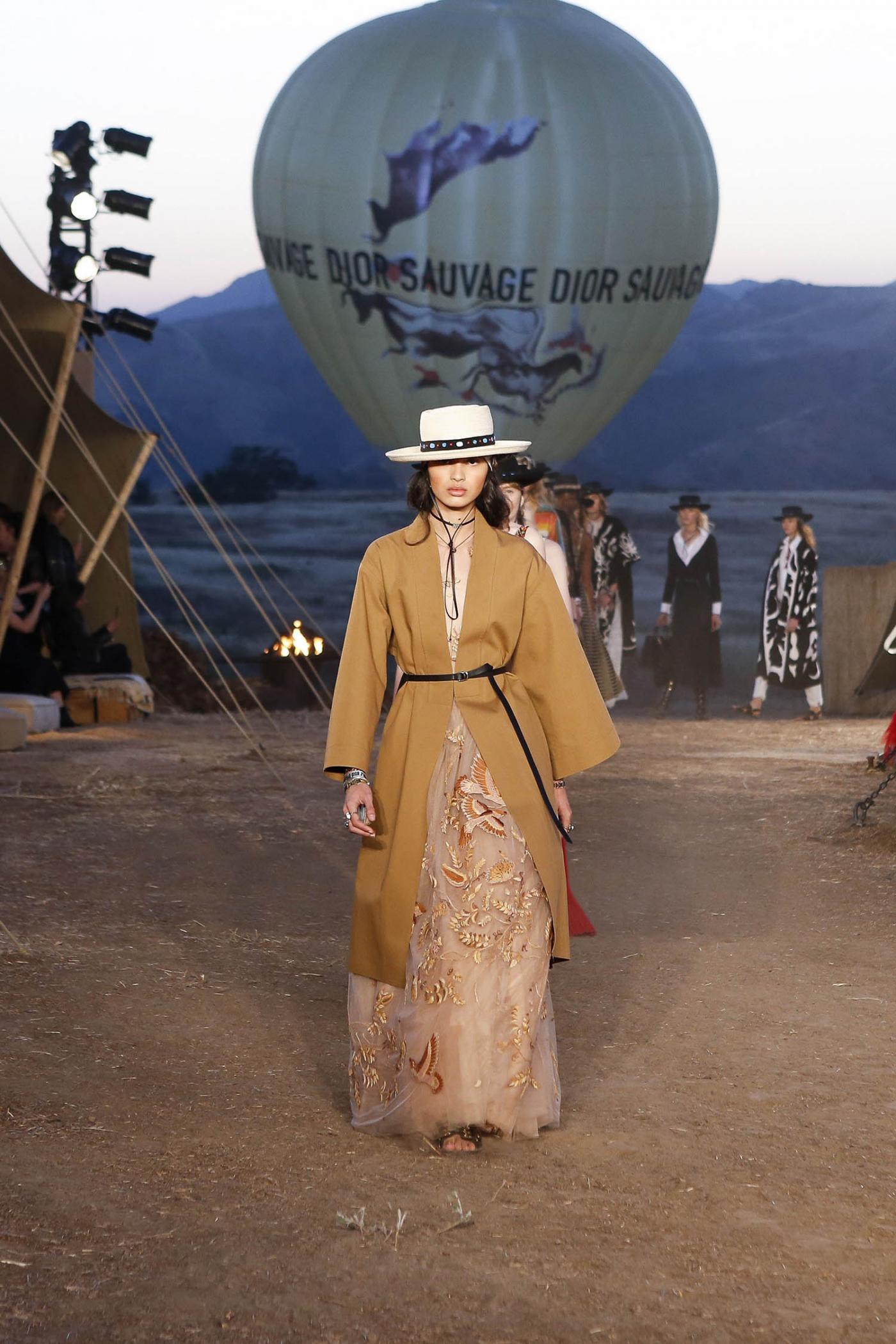 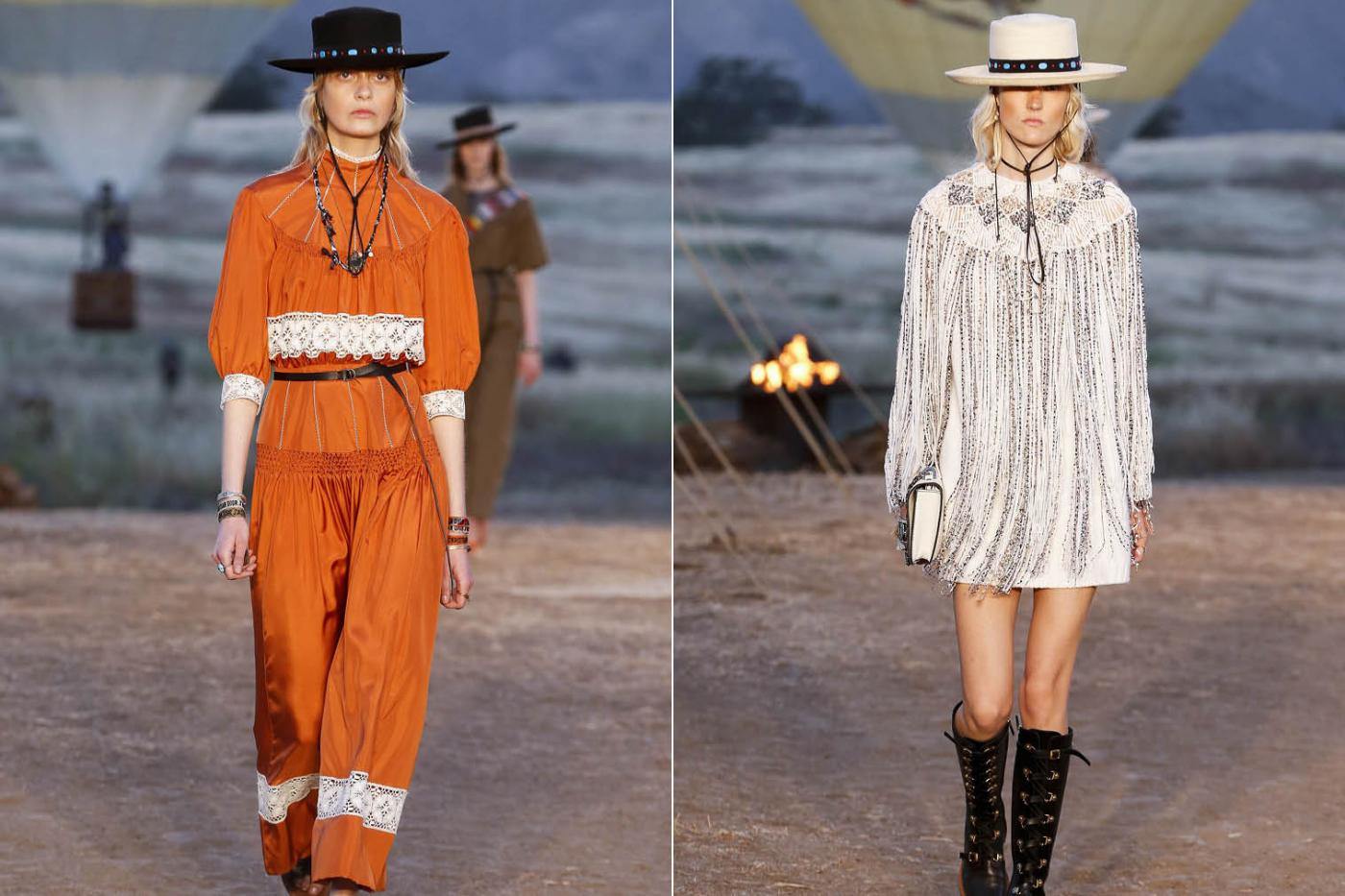 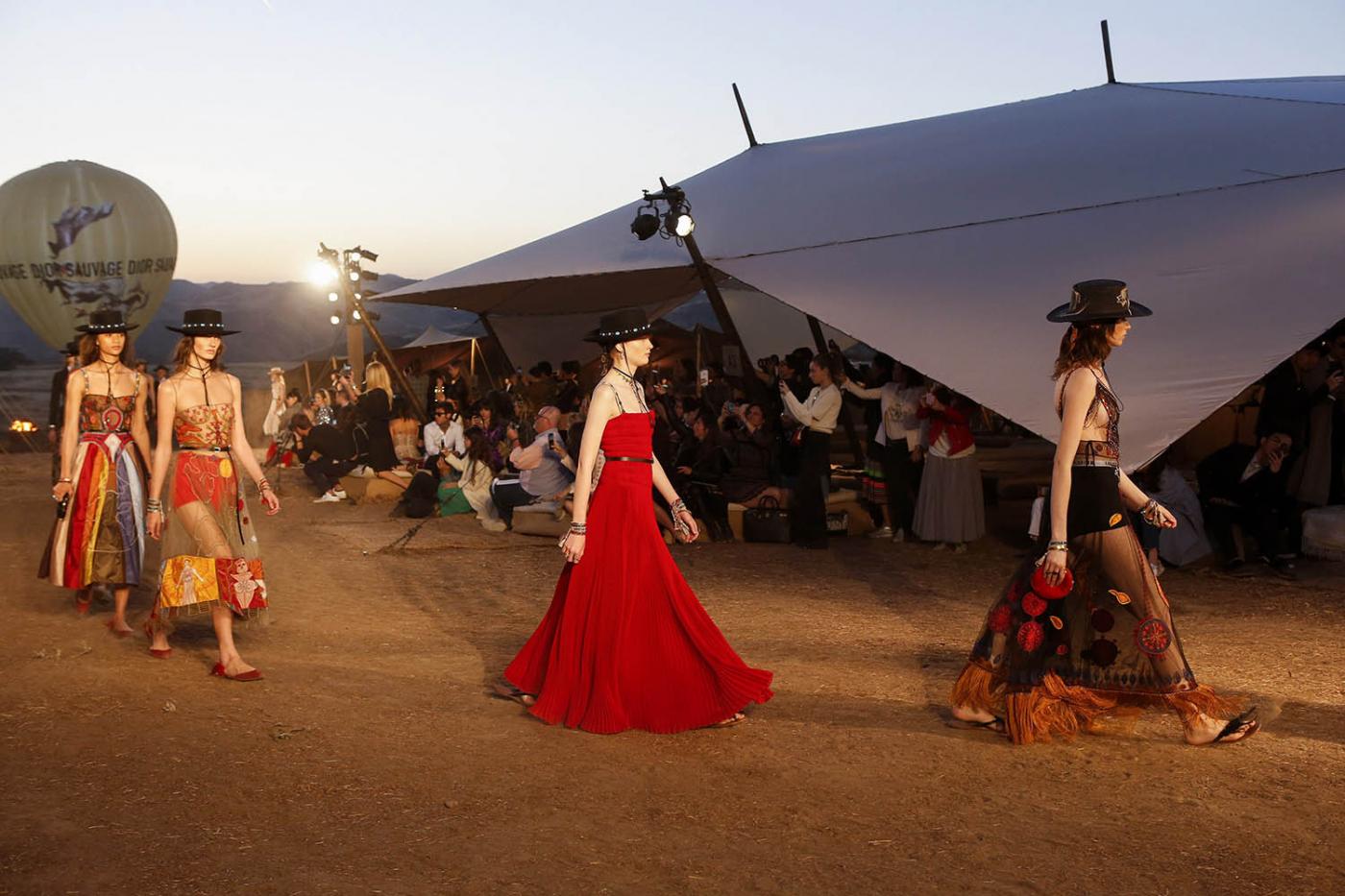 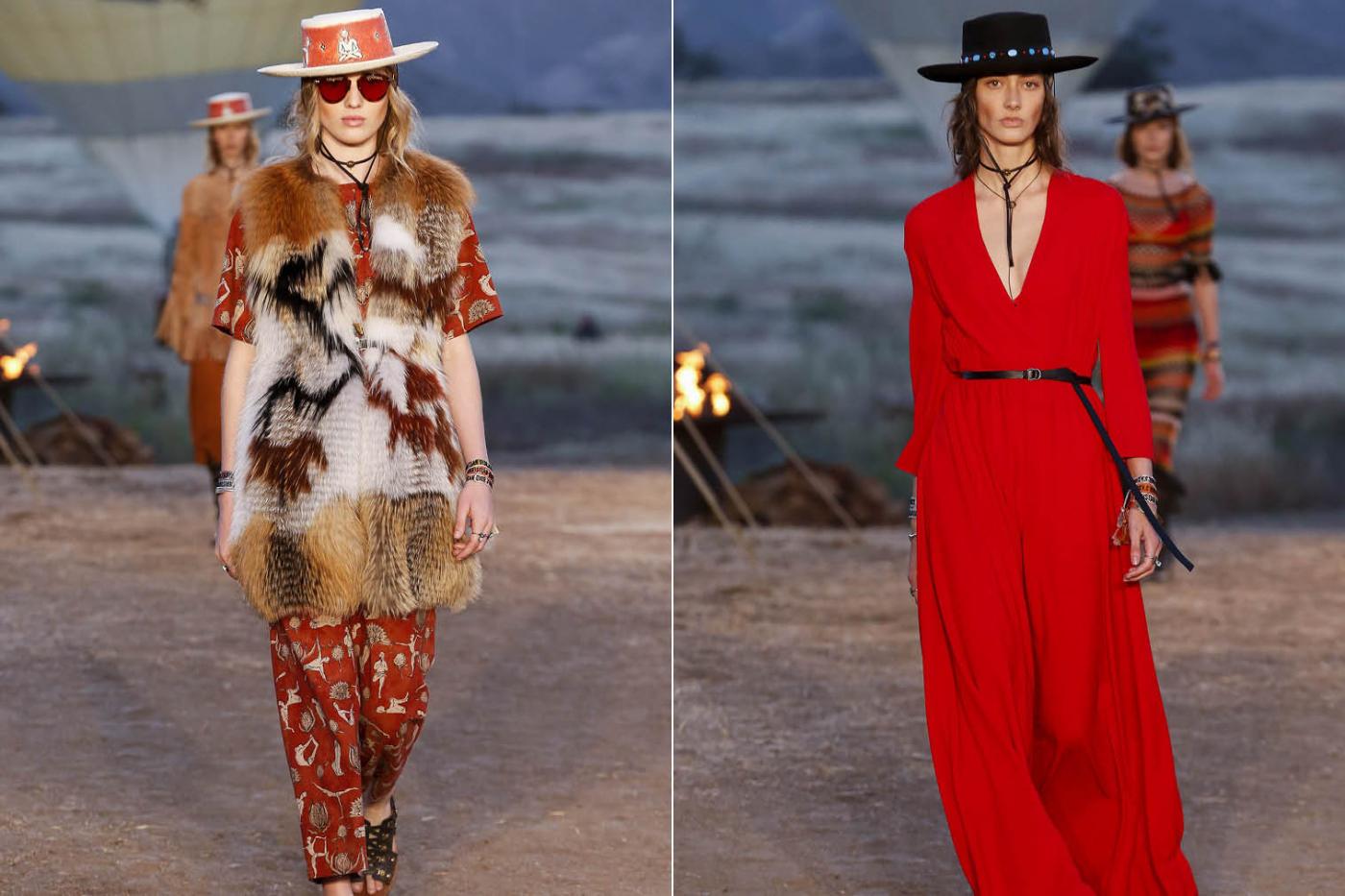 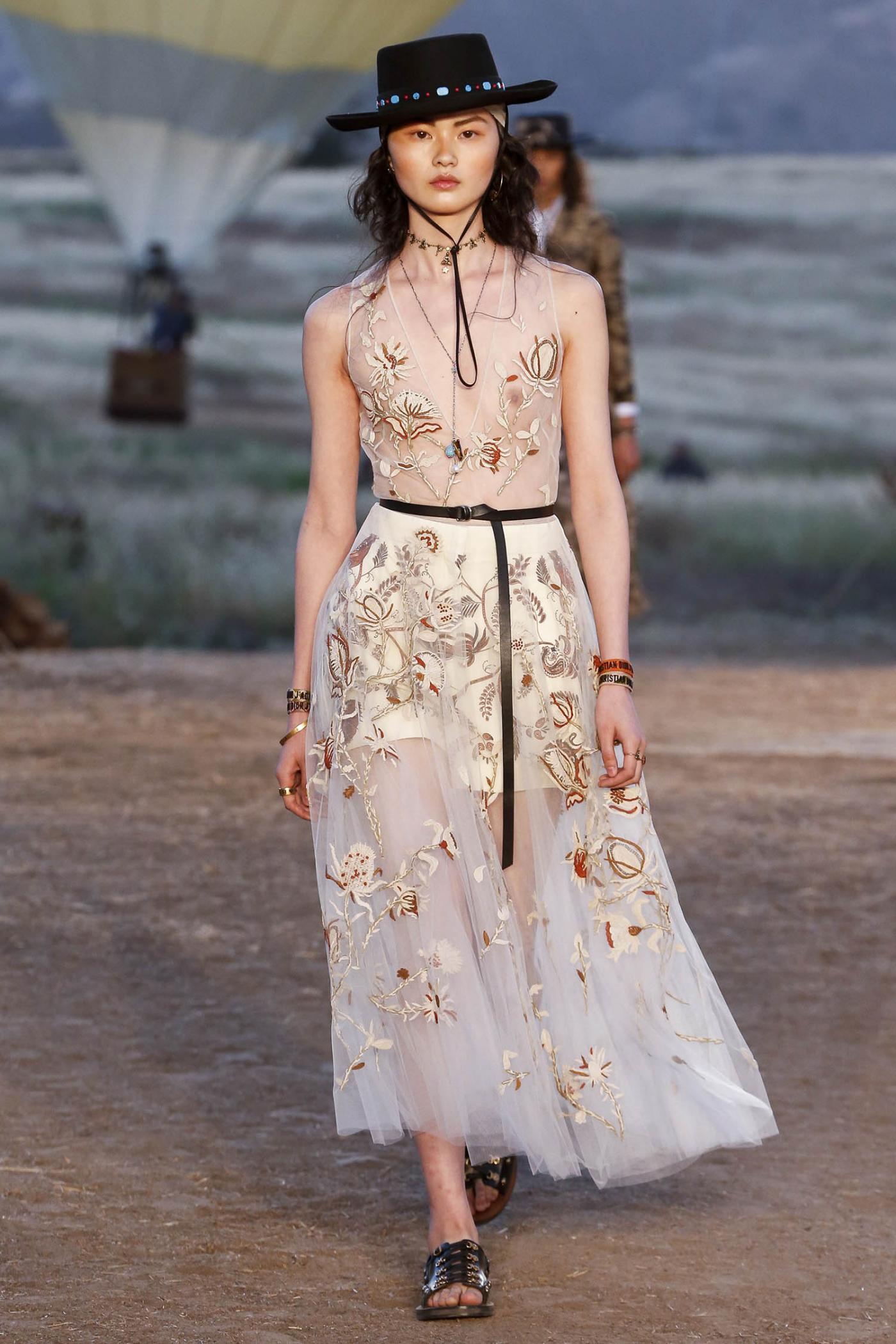 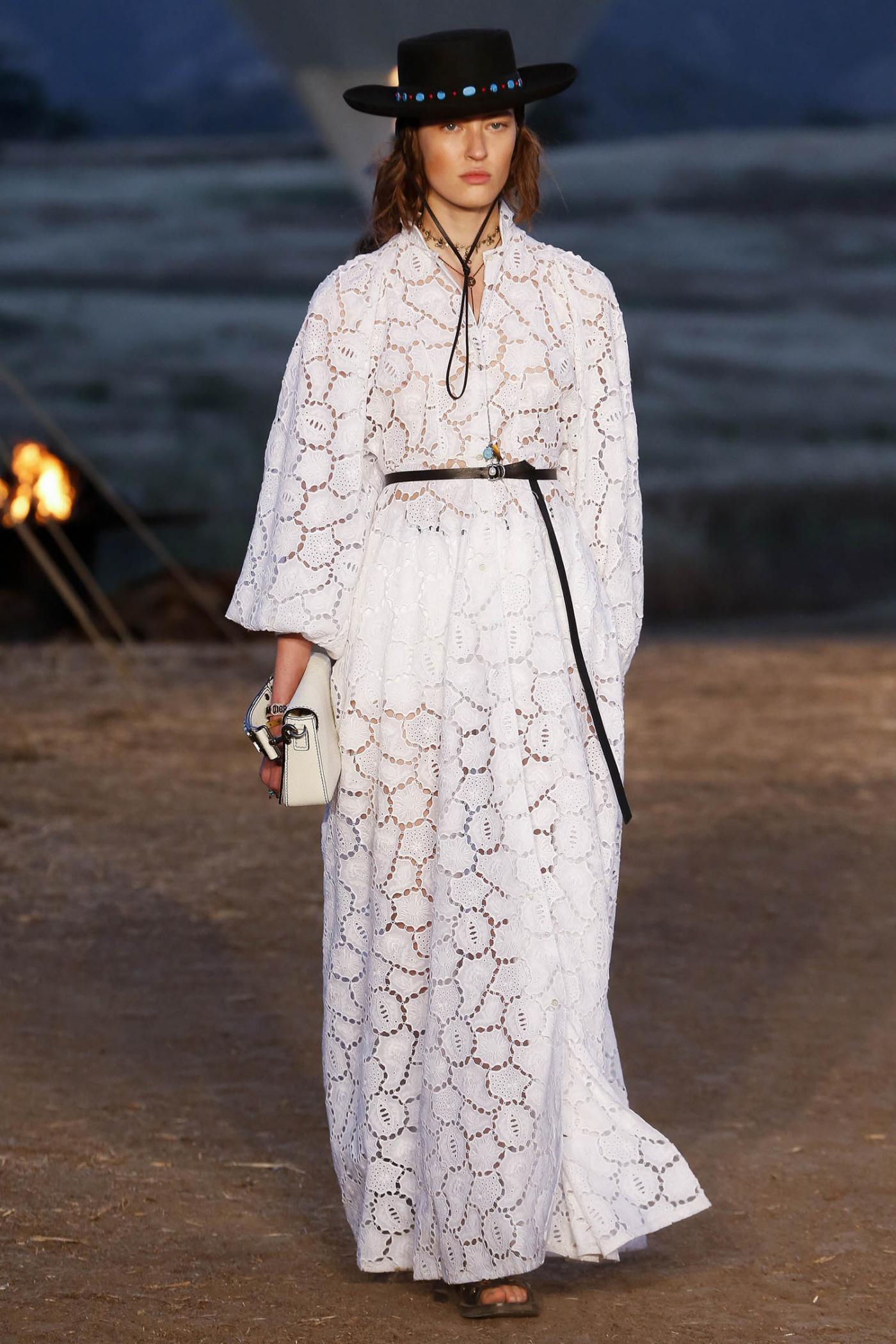 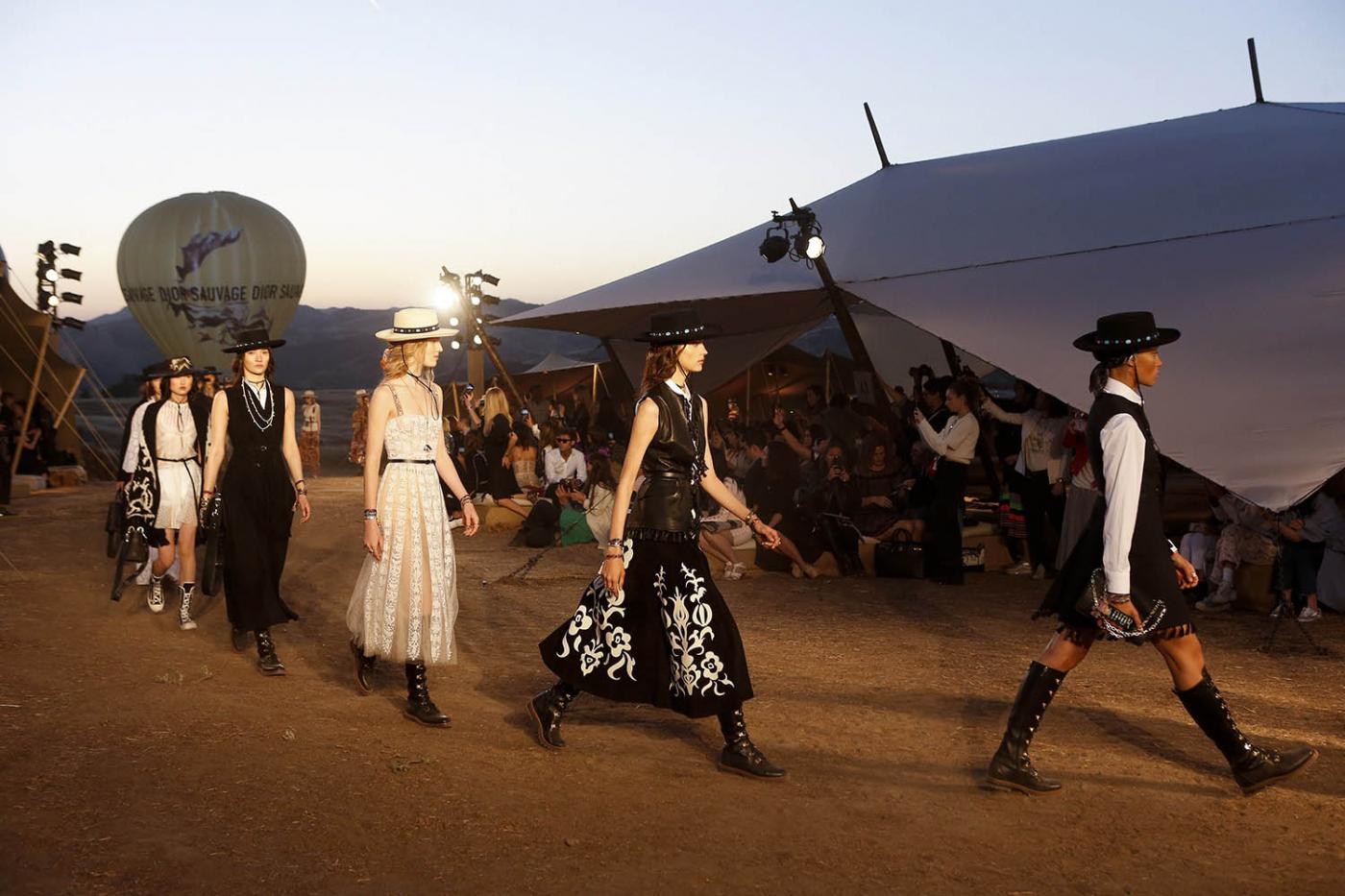 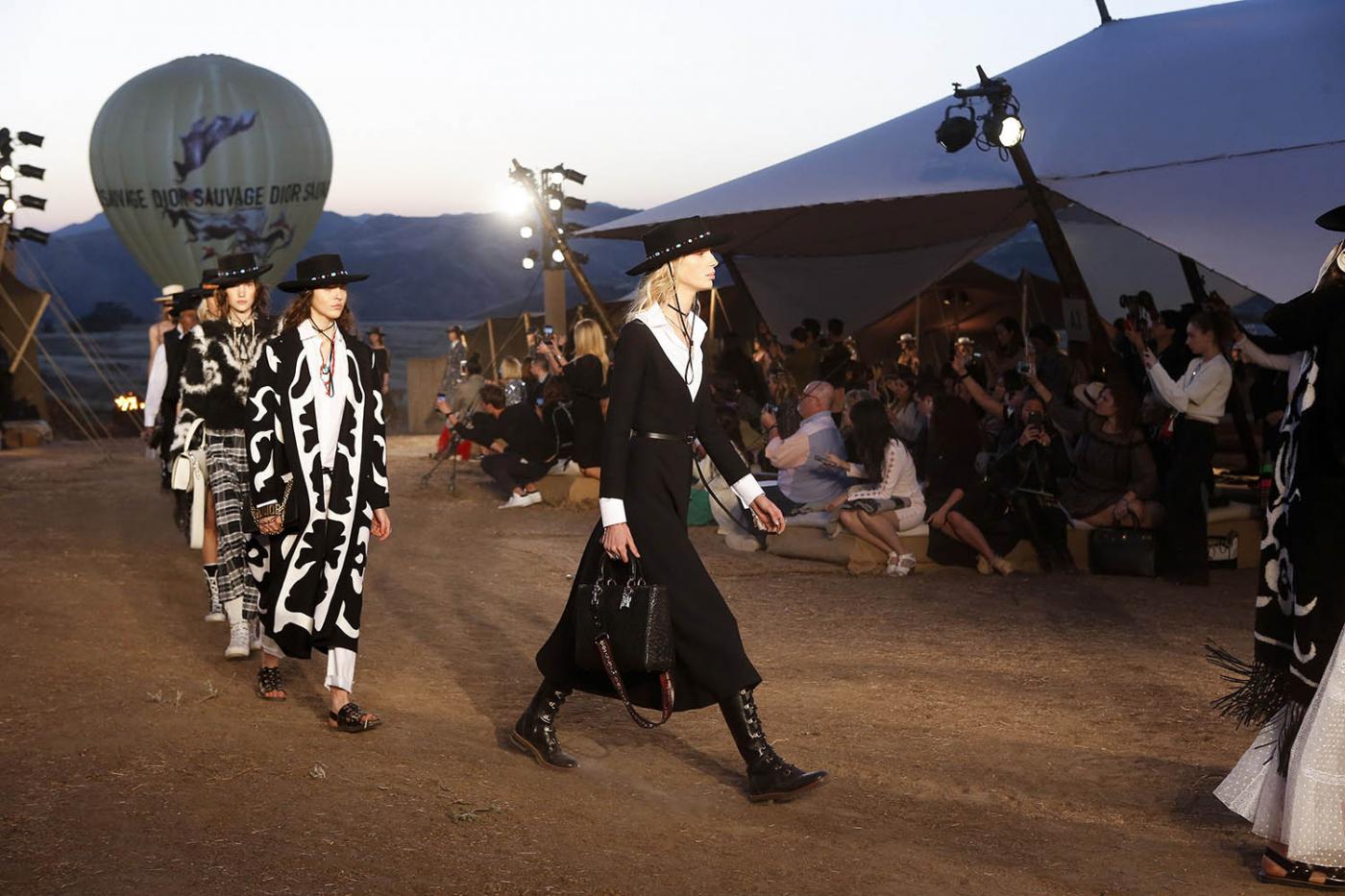 Dior’s own version of the Hollywood sign lit up the hillside with blues and pinks to match the sunset. 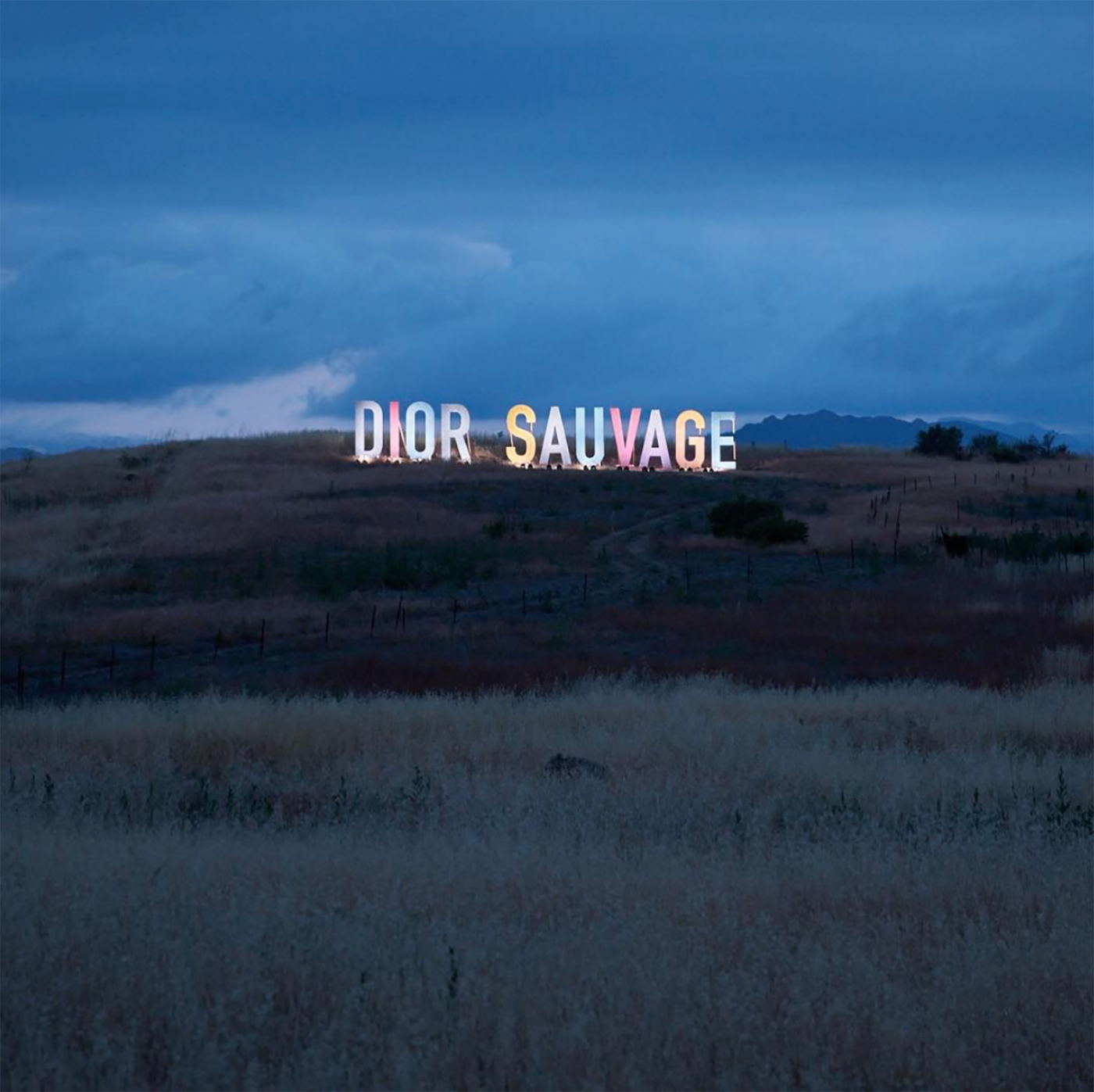