When chef and restauranteur, Jean-François Piège embarked on opening his fourth Parisian restaurant, he decided to look to his childhood for inspiration. Serving traditional French food inspired by bourgeois cuisine of his upbringing, La Poule au Pot also incorporates several fun yet sentimental aspects like the seventies and eighties pop music Piège grew up on playing in the background, or the big wooden table radio resting on the copper bar. The 80 year old restaurant in the Les Halles district was given a new lease on life with floral wallpaper, mirrored pillars, sculptural yet feminine light fixtures, and a rather rosy wash over the entire space creating a comfortable, even familiar, environment. 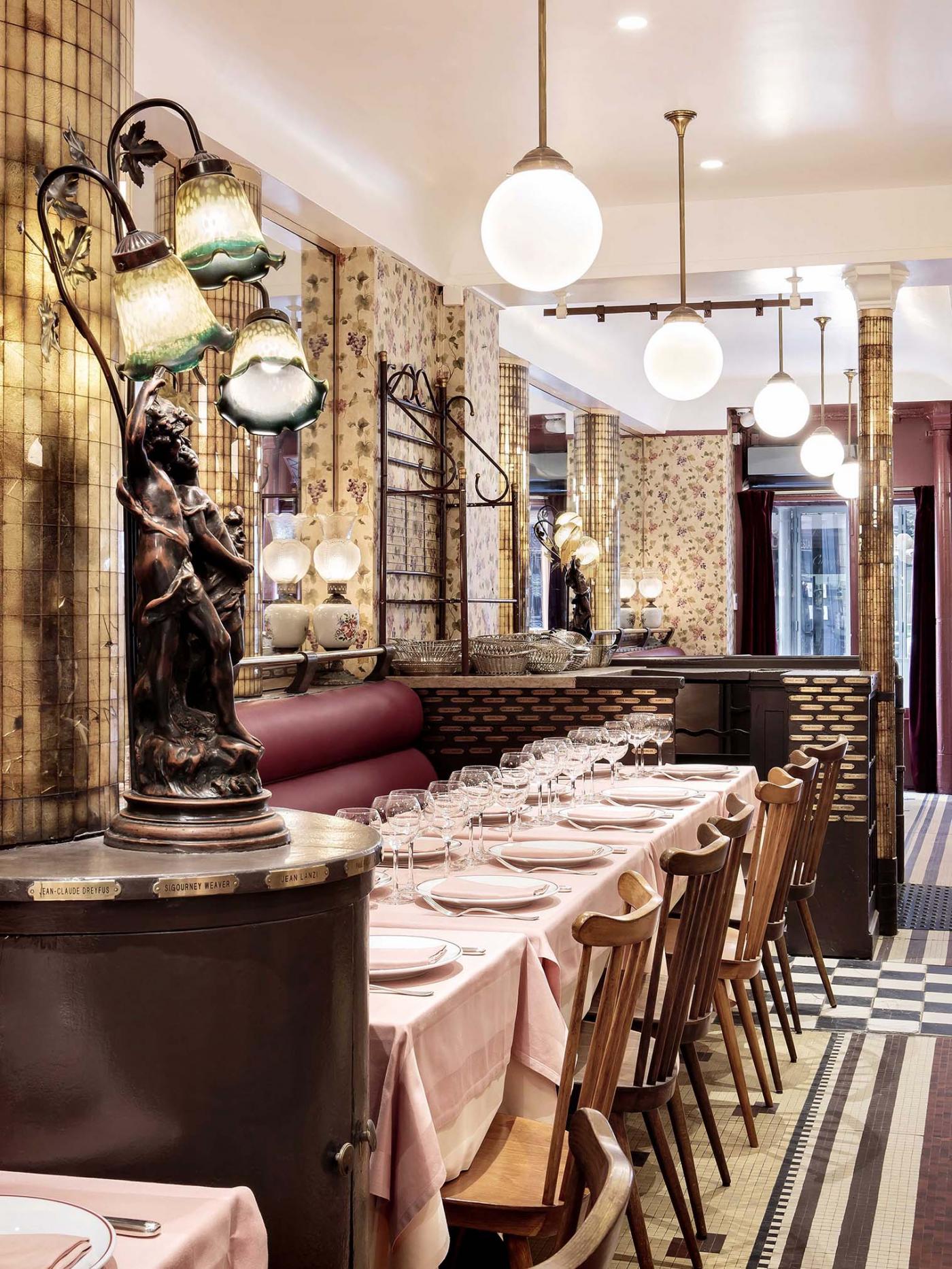 A decorated chef with his eponymous restaurant earning two Michelin stars and most recently receiving a new Michelin star for La Poule au Pot in January, Piège's mastery of French cuisine is unparalleled. His inspiration for his newest menu reads, "Frog legs in parsley, veal blanquette old-fashioned, minced Parmentier cheek of beef or snails in shell, butter of snail, it is all the identity of the French cooking which is expressed here, the whole generosity of the bourgeois cuisine that manifests itself in these dishes." His ultimate goal is for guests to enter the space and relax, enjoy the food and wine, and have a good time with their group. 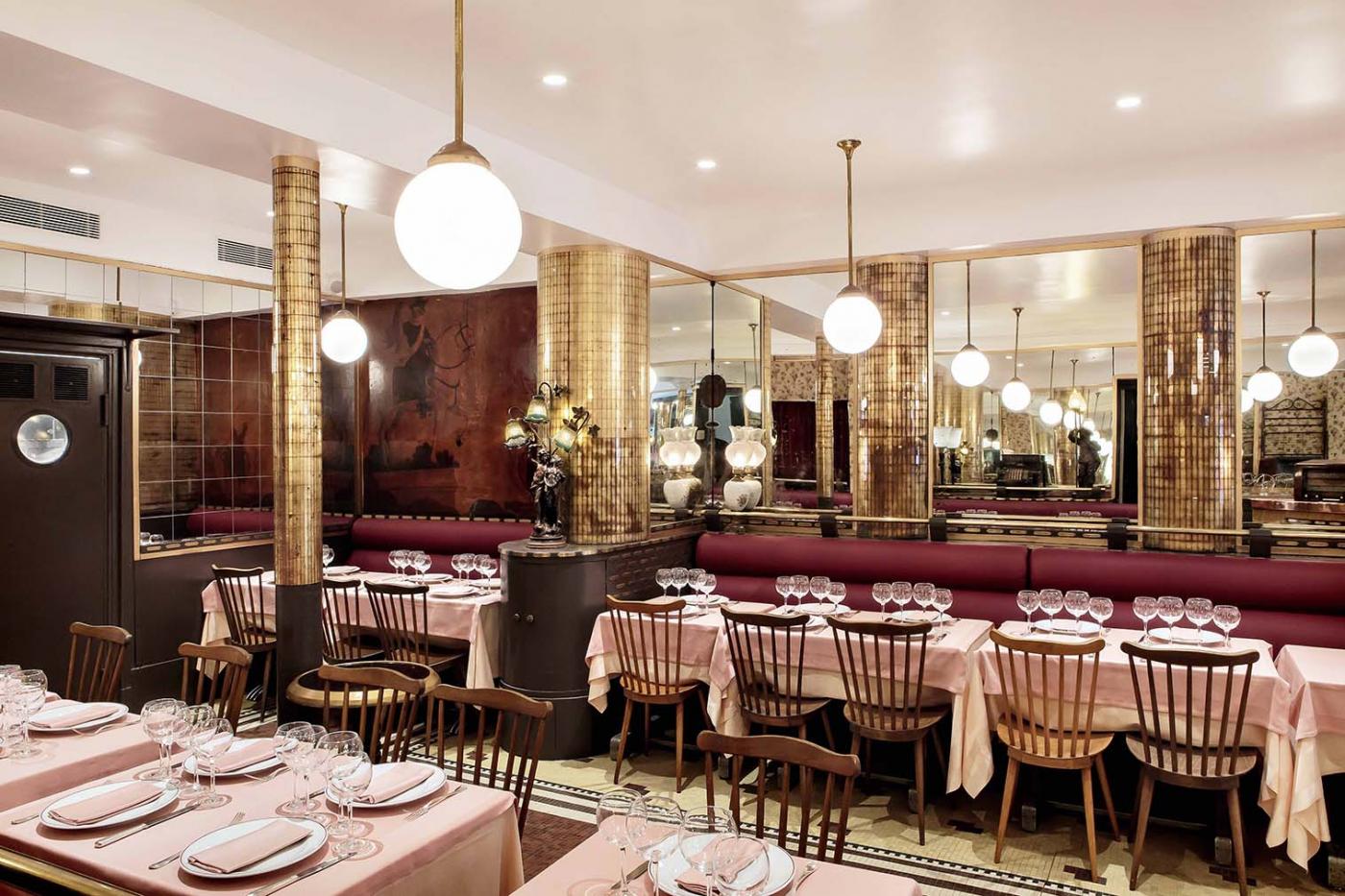 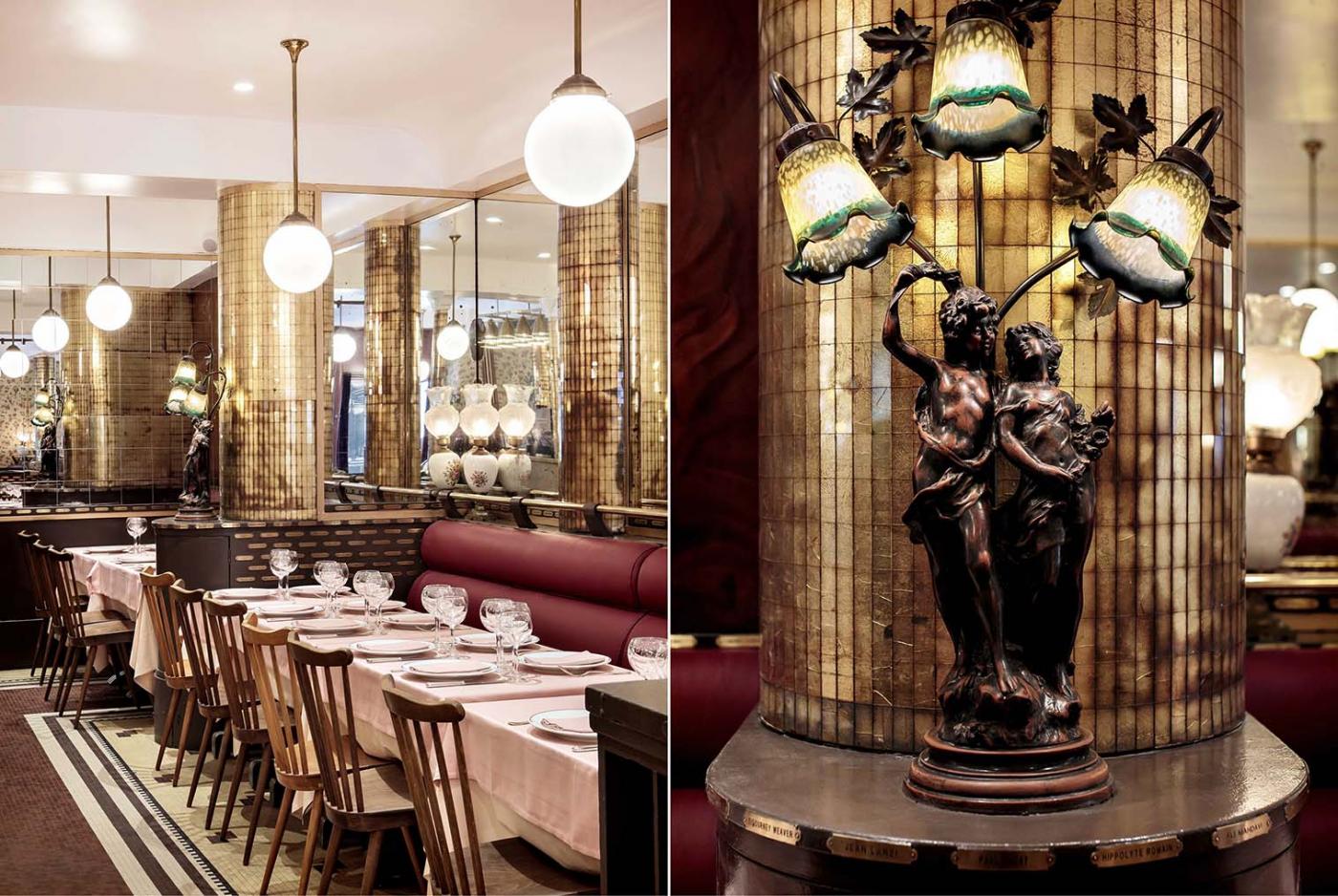 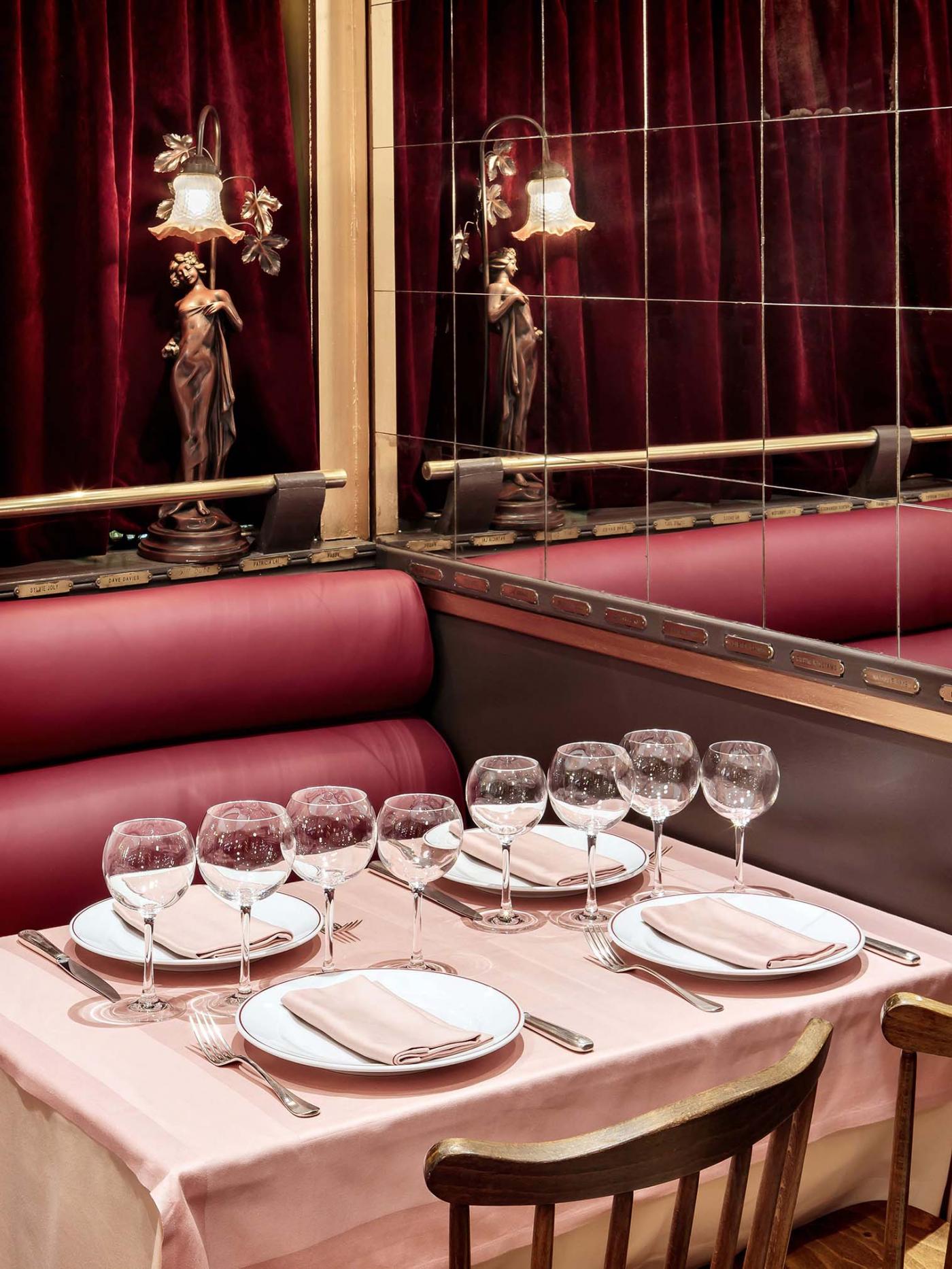 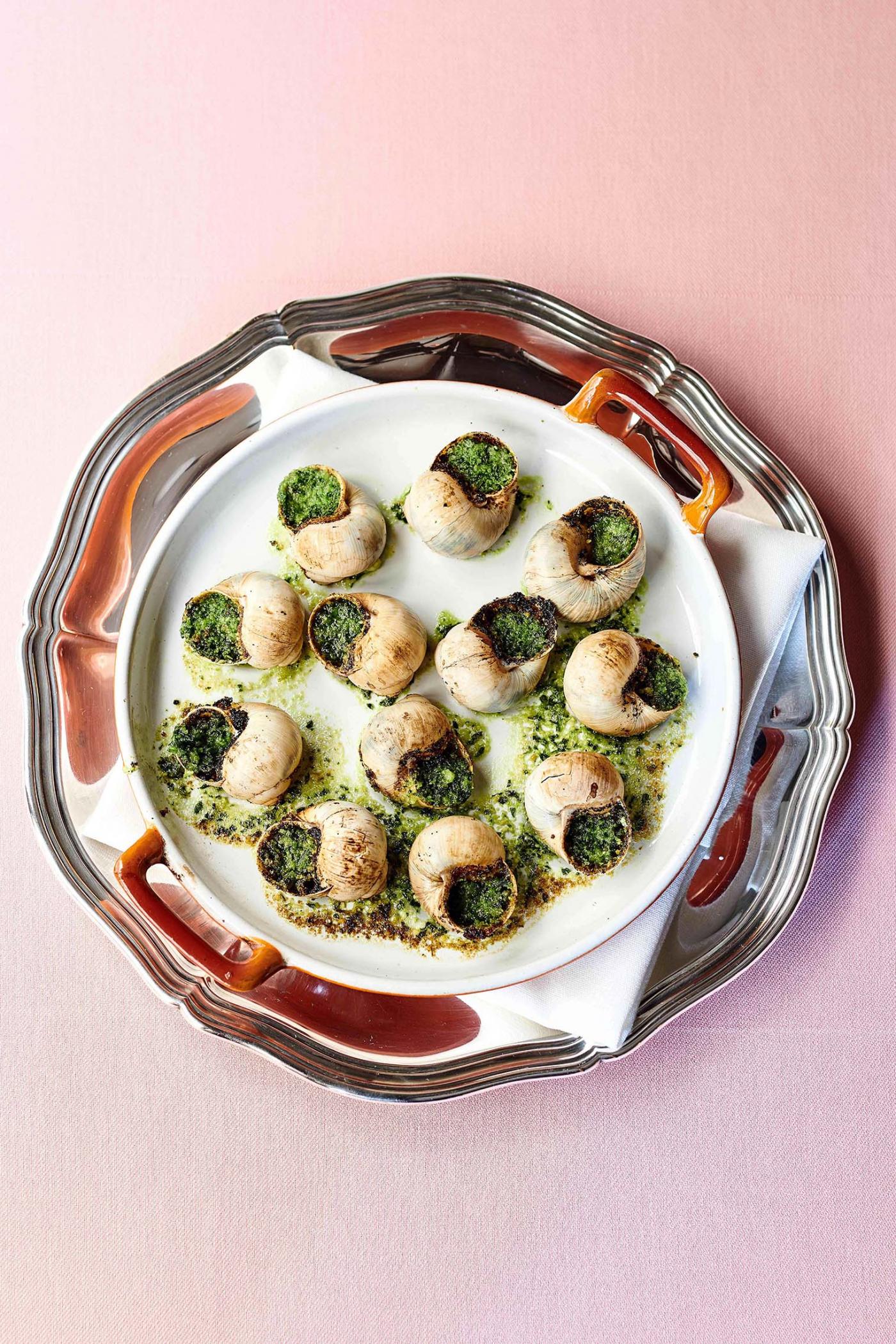 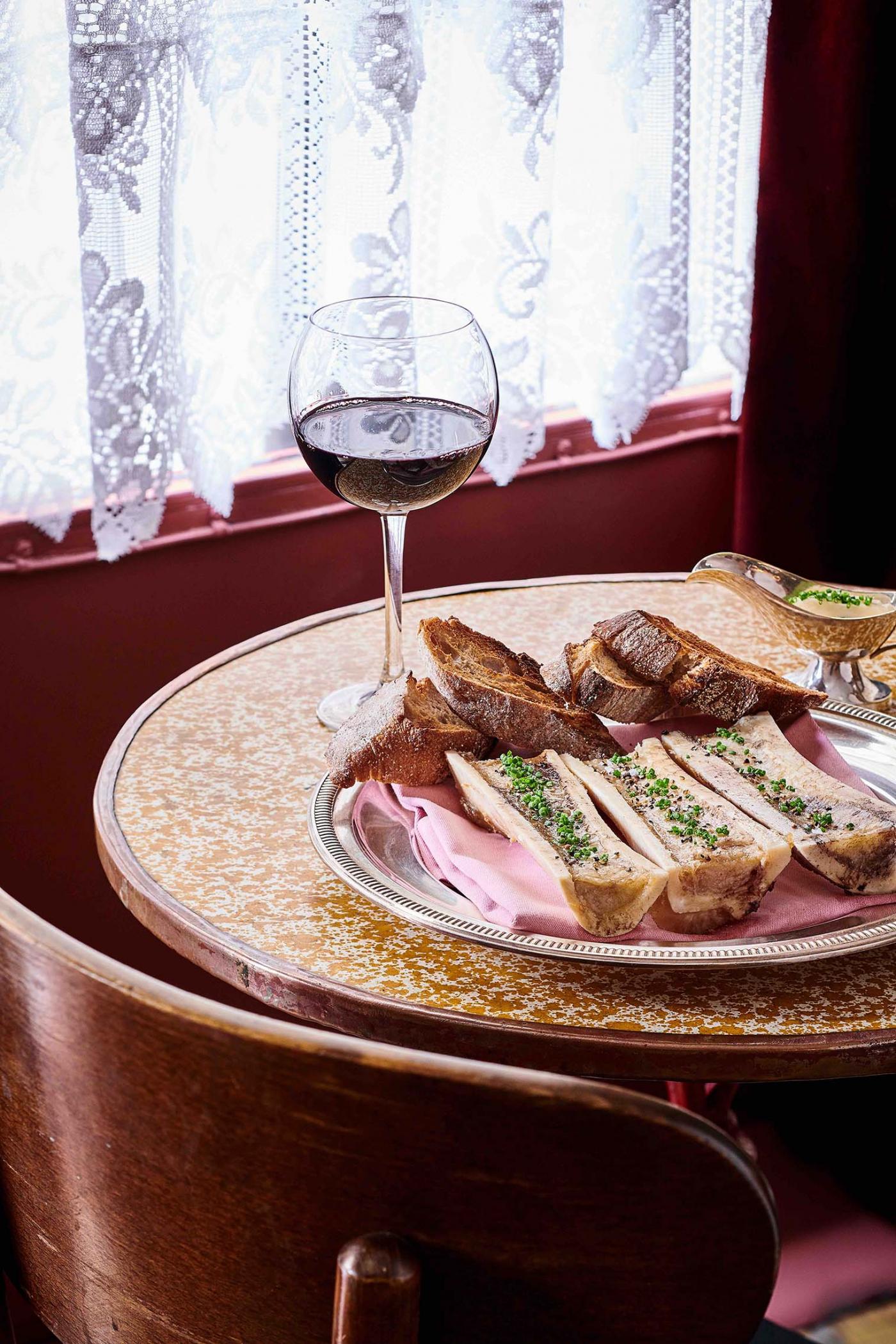 Reservations are encouraged and can be made on La Poule au Pot's website for 4 or under. For parties larger than 4, contact the restaurant directly for assistance.

What Happens When Mixologists Get Married in Mexico

Have Brunch, Will Travel. Next Stop: Marrakech.

Your Birthday Travel Plans Include Staying At A Palace of Minimalism