This venue has been favorited 104 times

This user blacklisted your account.
The Hoxton, Williamsburg is a destination for international visitors, guests and locals alike.
We’ve made our way across the pond to our first outpost in the States. Williamsburg is home to our favorite artists and designers, restaurants and bars. With the perfect amount of grit to keep us on our toes, we’re a stone’s throw from the East River, walking distance to the Williamsburg Bridge, and a few footsteps to the best shops, galleries, food and drink in town.

The holiday season is all about gathering and giving, and nowhere is that more apparent than at The Hoxton in Williamsburg. This new hotel arrived on the scene in September, with 175 beautiful suites and some very rad gathering spaces, and is currently adding a little extra cheer for all to hear. Not only have they brought three geodesic domes into their courtyard along with a whole lot of Christmas trees, but they’re slinging hot chocolate, warm cocktails and selling Christmas trees to raise money for the Coalition for the Homeless. 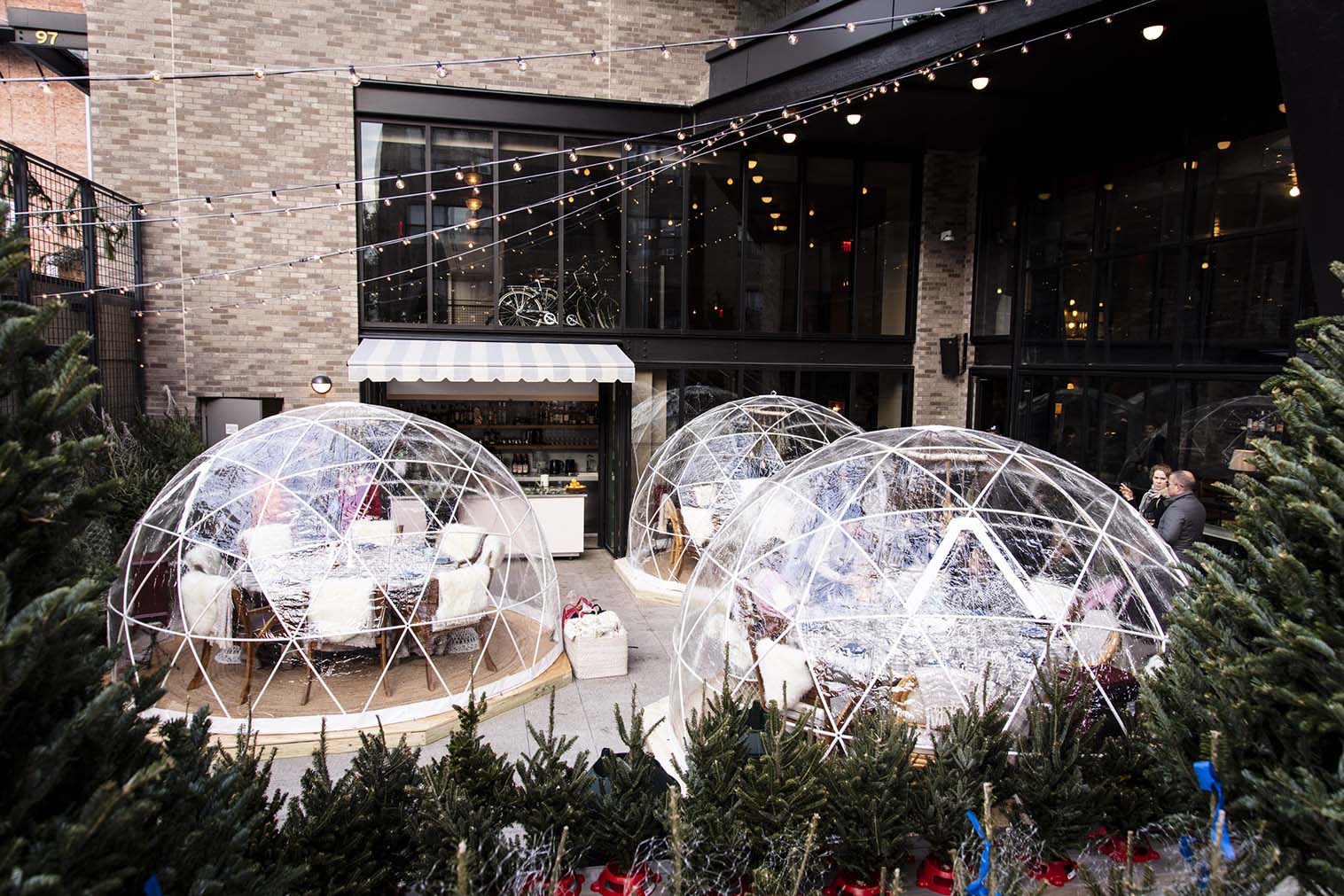 Blink and you might miss another hot new hotel opening. And you won’t want to miss this one. This first North American outpost of the wildly popular, European based hotel brand, Hoxton, is now home in Brooklyn. Williamsburg, the ultimate NYC borough of cool, and its burgeoning hotel scene just welcomed another well designed spot with the Hoxton. We've had our eye on this hotel since January, not-so-patiently waiting for its opening and the glorious day is finally here.

Why Williamsburg? According to Hoxton, its “A real mixing pot of culture, there’s all sorts in Williamsburg, from record stores to indie boutiques, great food, buzzing bars, and a cool crowd to match. It’s still a little raw round its edges but there’s plenty of green spaces to spread out in, rooftops to drink on, street food to discover, and stores to ponder. Ask the best artists, musicians and chefs where they live in New York and chances are they’ll say Williamsburg.” 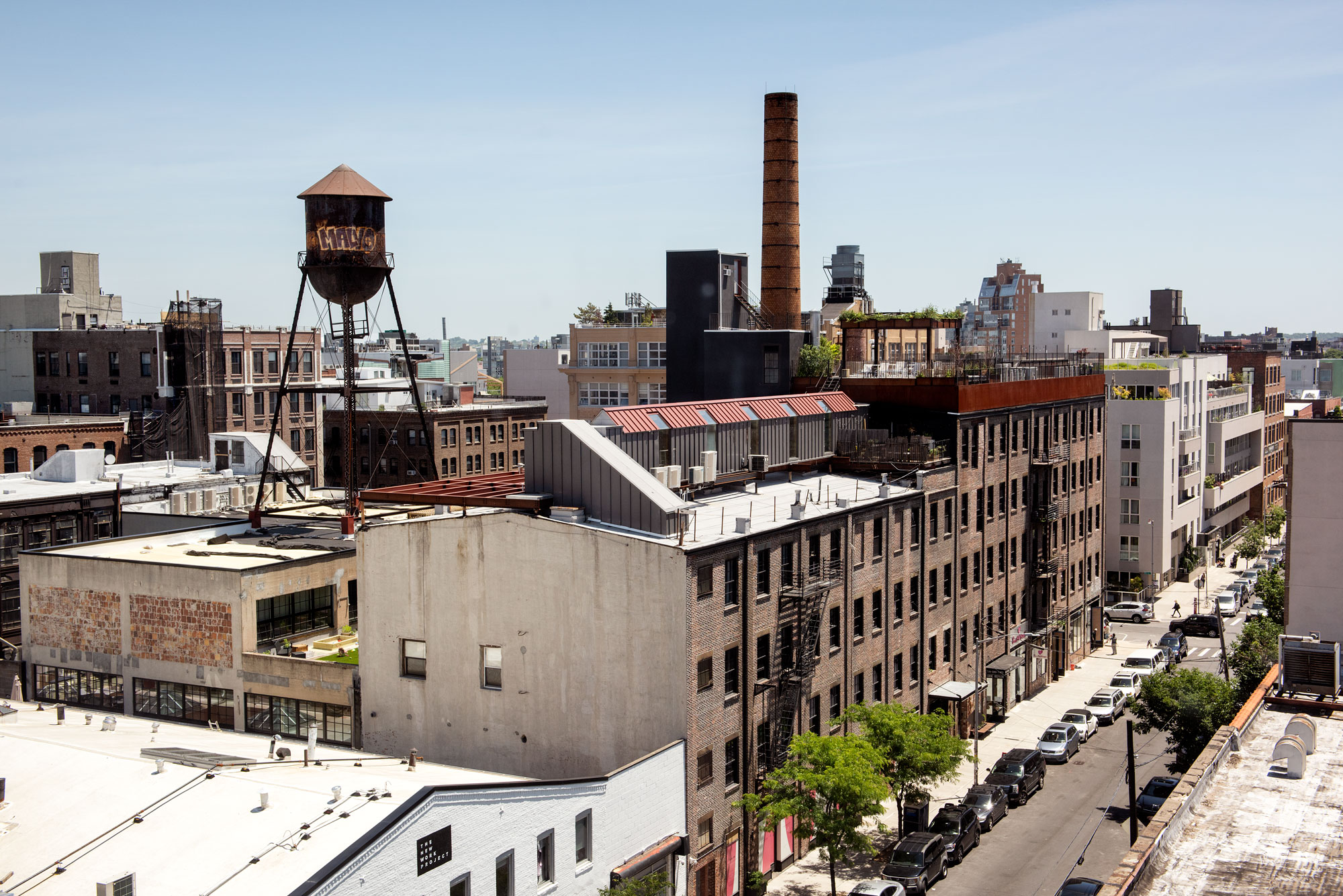 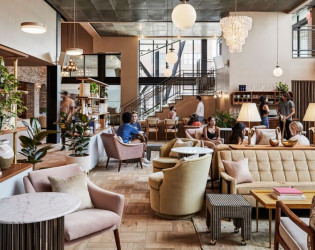 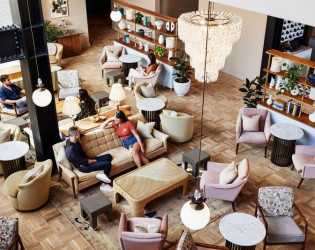 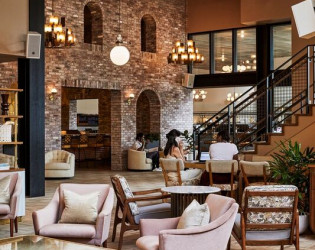 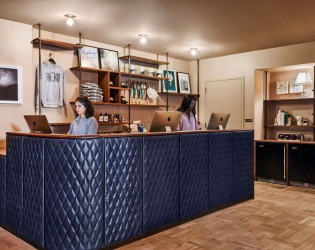 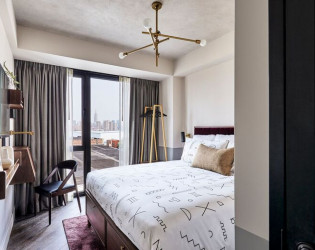 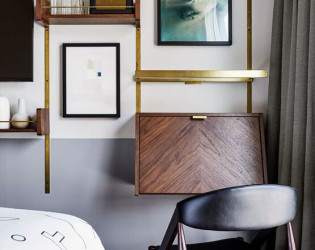 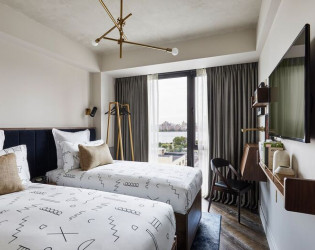 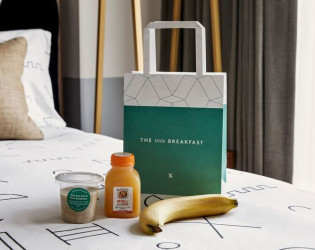 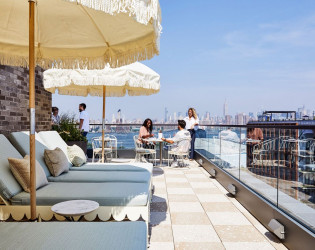 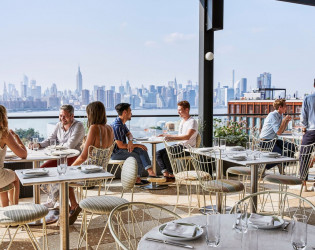 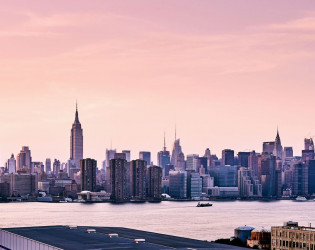 Views from our Summerly rooftop 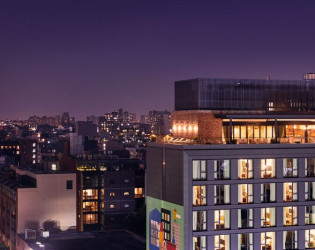 This venue has been favorited 104 times