This venue has been favorited 154 times

This user blacklisted your account.
Treat yourself like royalty at this Florence paradise.
Easily one of the most elegant, stylish, and all-around jaw-dropping places to stay in Europe, this magnificent hotel has the makings of both a rural palace and city hot spot. Whether it's enjoying the bar, the bistro, the cigar room, the rooftop terrace, or the gardens, you'll feel like a modern king or queen.

Ever wonder what happens when creatives collaborate with some of their favorite people on the planet? Well, if they’re lucky, they end up with photos that make the experience look just as epic as it sounds. Overlooking the bustling city of Florence, Villa Cora has that dreamy Tuscan romance vibe down to a T. Once we discovered this incredible venue, we had a collective, “andiamo!” moment, and gathered a team of some of our favorite creatives to collaborate with us. Together we created a series of photos that celebrate this gorgeous Italian setting.

Meanwhile, the vibrant interiors provided a stark contrast of bright colors and pure opulence. With a property that features so many eye-catching design elements, it can be a bit of a trick to capture photos that aren’t too busy, so our team decided to embrace a minimalist design strategy that shows off the architecture, grounds, and combination of beautiful indoor and outdoor spaces captured by KT Merry Photography. We brought in a few pops of flora for color and drama, and relied on the property to tell its own story as the setting of a fine romance. 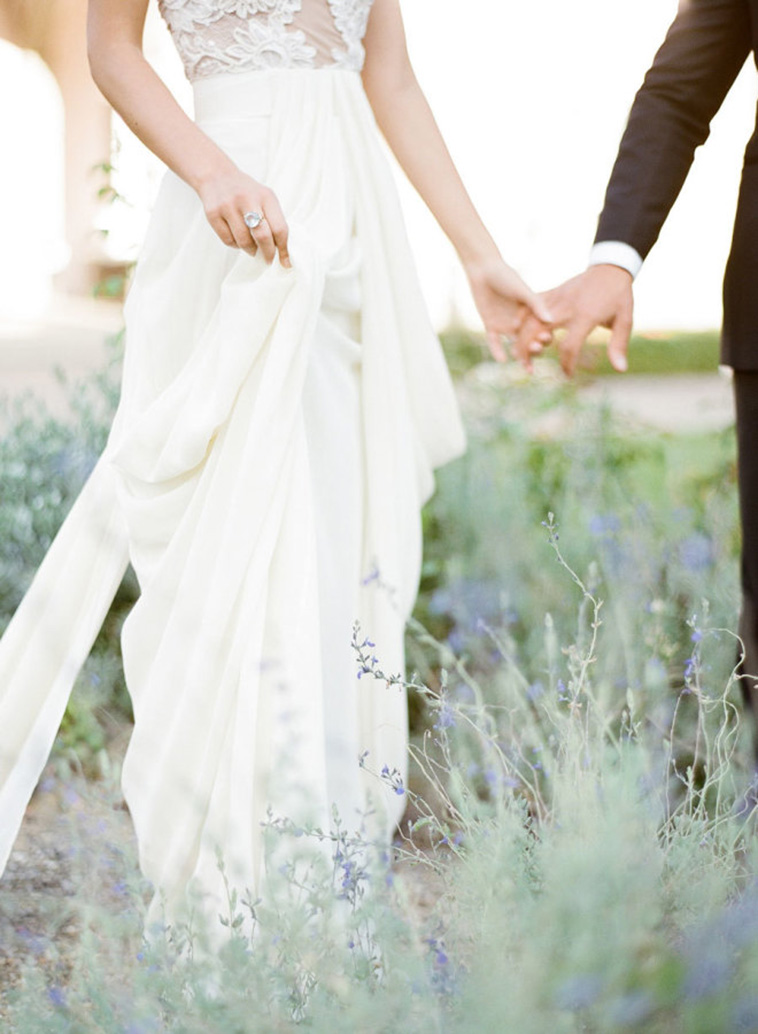 Villa Cora is located inside a centuries-old park that overlooks the Boboli Gardens, on the hills just outside the historical center of Florence. La Follie, a small guesthouse located at the edge of the park that surrounds Villa Cora has a particular charm and discretion with only 2 rooms, providing complete and total privacy. The Mirror Room is the biggest and most majestic, suitable for every type of event, thanks to the charm of the original Baroque decorations. 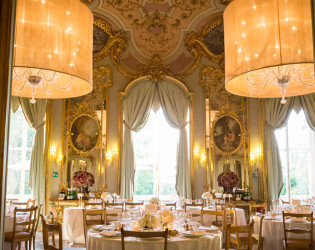 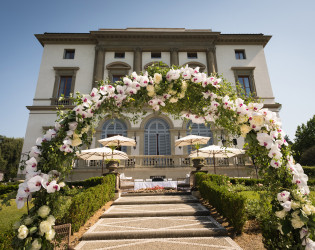 Among the many colorful space dedicated to the events offered by Florence among which you can choose, no one is better suited to Villa Cora to host an exclusive party, a special event or a wedding party unique. 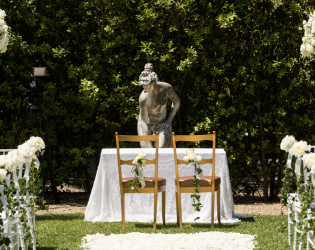 A small smoking room is found in the White Room, characterized by the majesty of the monumental fireplace. 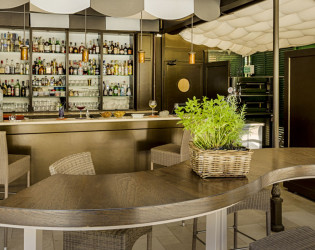 Grab a drink at the pool bar and relax. 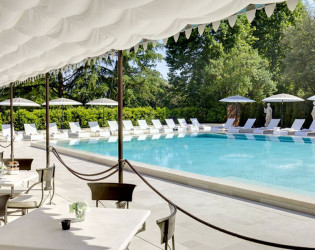 Le Bistrot , a winter garden, pool, open from April to October, allows to make the most of the beauty of the park in an elegant yet casual, inviting guests to relax. Villa Cora hosts a large outdoor pool, located in the Italian park in the shadow of majestic oak trees. The hotel has 46 rooms and suites, divided into the main villa and in two adjacent buildings, which were restored to the minutest of details with the aim of conserving the original architectural style as much as possible. 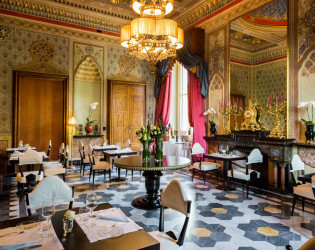 Pasha is the restaurant inside the villa, located in the beautiful Moorish Hall. The Card Room is instead dedicated to tranquility, afternoon tea and reading. Le Bar Long is located in the Ceramics Room, dominated by a large glass table with LED illumination that gives evocative light effects on the mid '800 furniture. 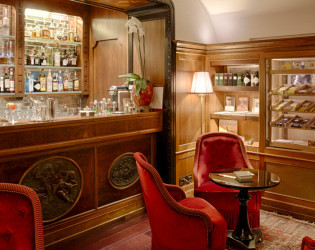 Cigar room the spaces dedicated to the "senses" are completed by the cellar and the smoking room where can be tasted selected distillates and cigars from around the world. Exterior of Vills Cora at night.

This venue has been favorited 154 times