From the moment Abercrombie & Kent told me about their new tailor-made travel program, which enables you to pick nearly anywhere in the world and design an itinerary completely customized around your unique interests, I knew exactly where I was headed: on a hunt for colored gemstones in Jaipur, India.

A little background, Jaipur has been a hub for rainbow of colored gems, as well as pearls, stretching back to the reign of Maharaja Sawai Jai Singh in the first half of the 18th century. It was during this time, along with spearheading the city's physical and economic growth, that the ruler first invited jewelers from across India to come to Jaipur as a way of supporting the region’s flourishing gemstone scene. 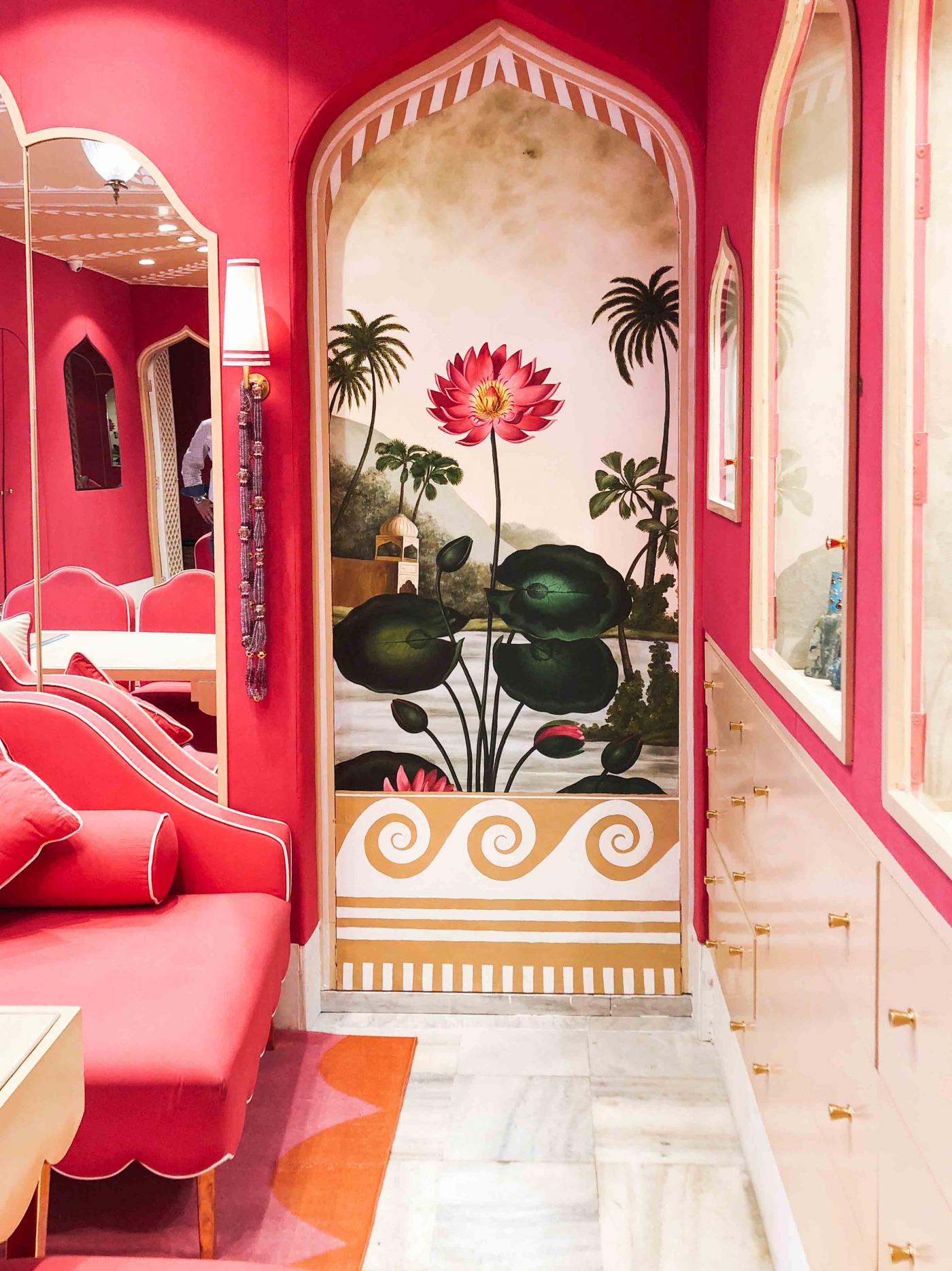 Today, in addition to block printed textiles, Jaipur continues to be one of the largest hubs for gemstones and precious metals, with many of the jewelry techniques passed on over several generations. Take for example Gem Palace, where any true gemstone hunt should begin. It’s here that nine generations of family members have sold their storied pieces to the likes of everyone from Princess Diana to Mick Jagger from inside the family’s 109-year-old yellow mansion located in Jaipur’s city center. 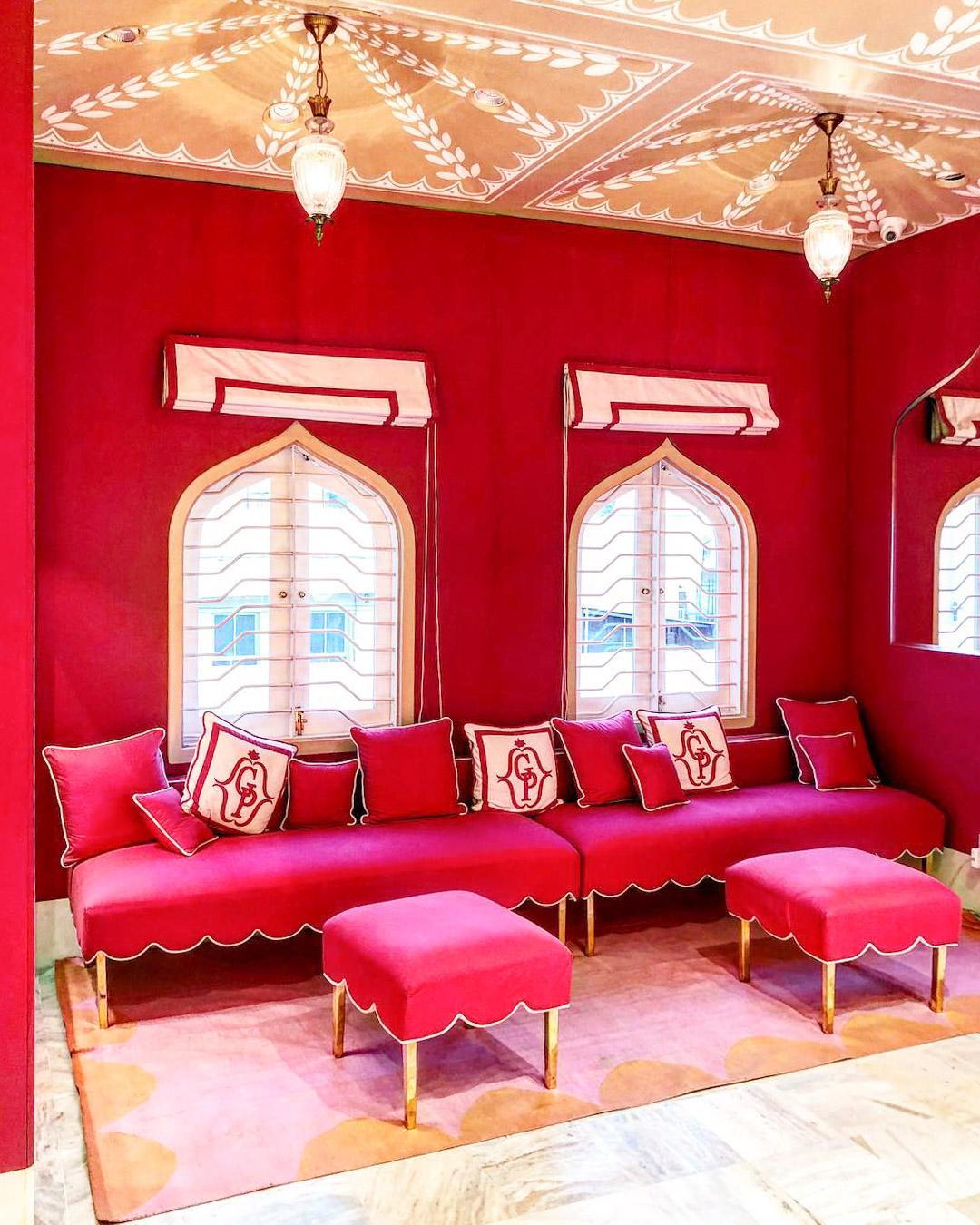 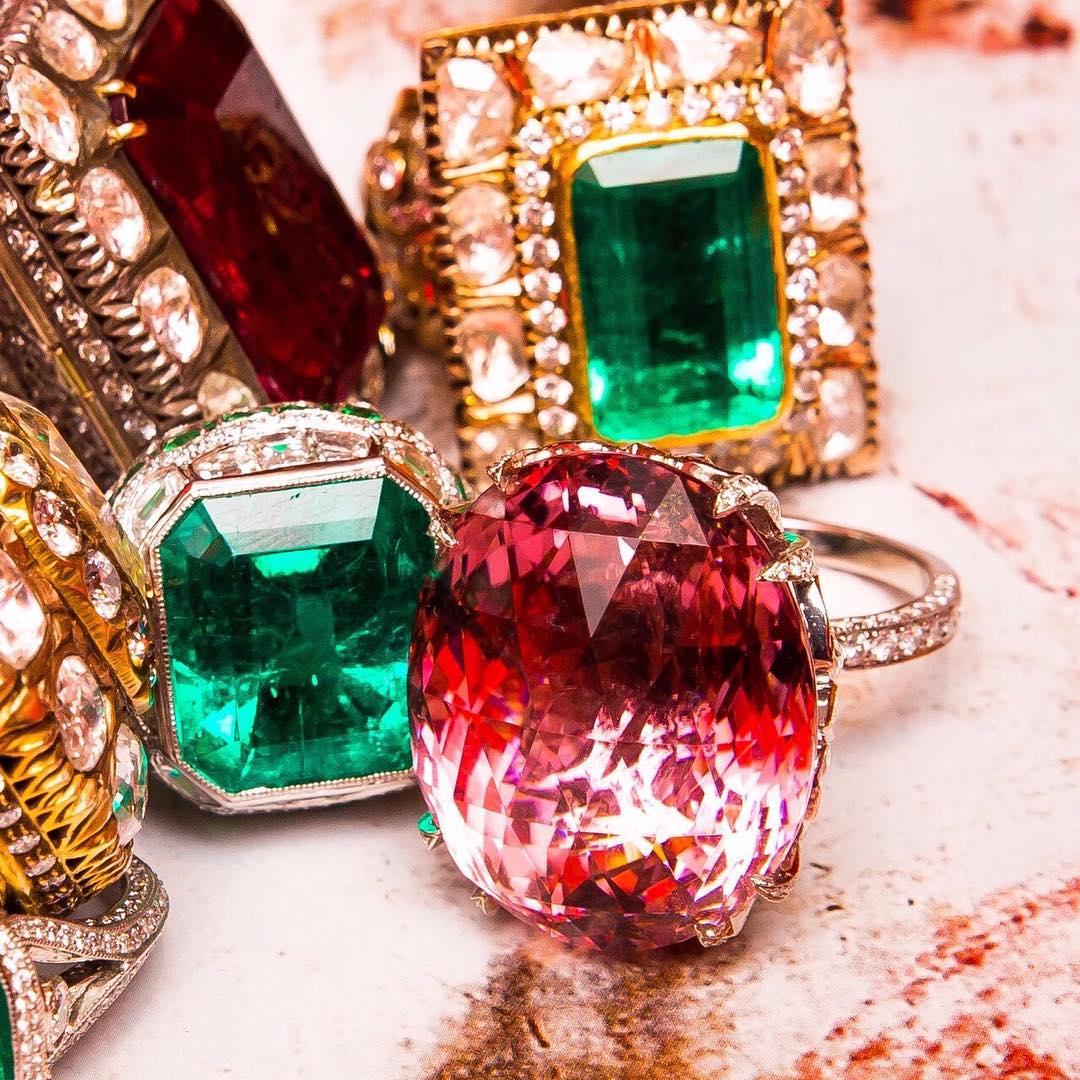 On the top floor expect to find headdresses inlaid with thousands of rose-cut diamonds, emeralds, and even ‘poison’ rings with cabochon tops that open to reveal a chamber where the Maharani and Maharajas used to keep deadly substances of their choice. Cuffs inlaid with rubies and choker necklaces with 24-karat-gold are so soft they practically mold to your neck, and cheeky lockets with Kama Sutra scenes painted inside of them are some of the most entertaining of the Gem Palace’s collection. 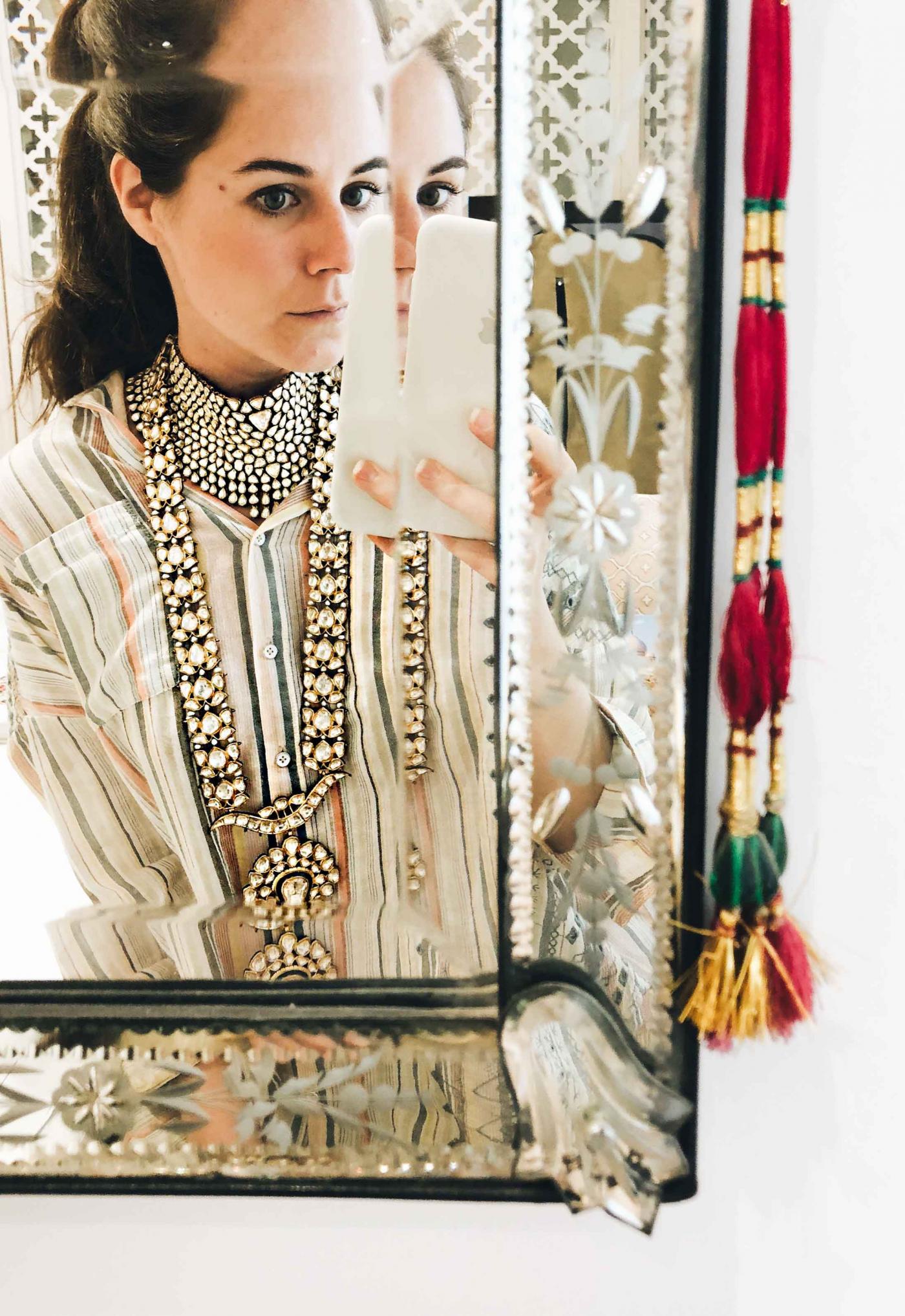 However, if you’re not looking to ball out à la Rajasthani royalty, nearby at Amrapali you’ll find fine jewelry as well as a selection of affordable costume pieces. Named after a famously beautiful royal courtesan, Amrapali was founded in the late ‘70s by Rajiv Arora and Rajesh Ajmera, and has a selection of ornate pieces (think cuff bracelets, golden bib necklaces and beaded earrings) inspired by tribal cultures and traditional Indian art, which over the years has made them the go-to jeweler for the Bollywood set. 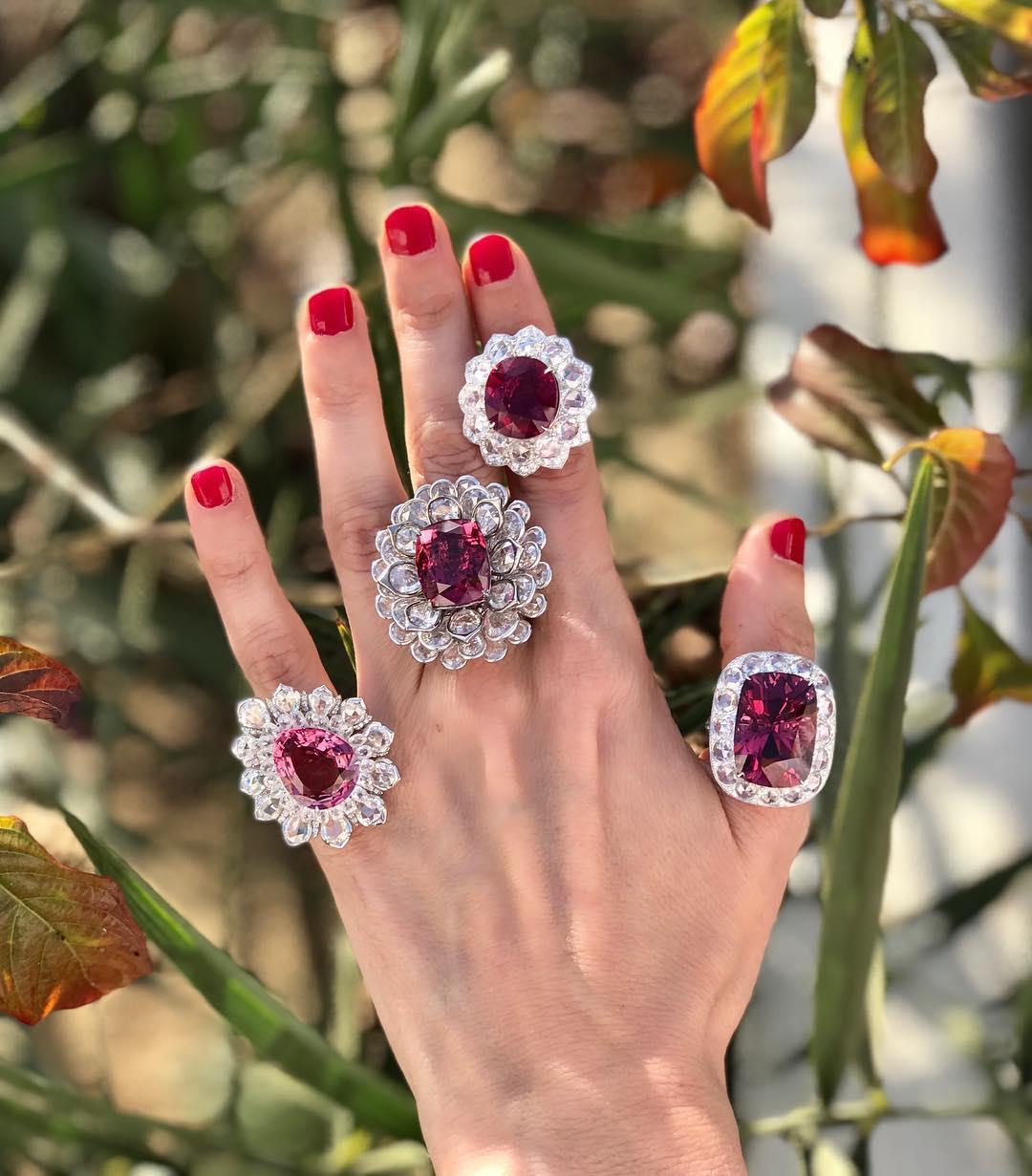 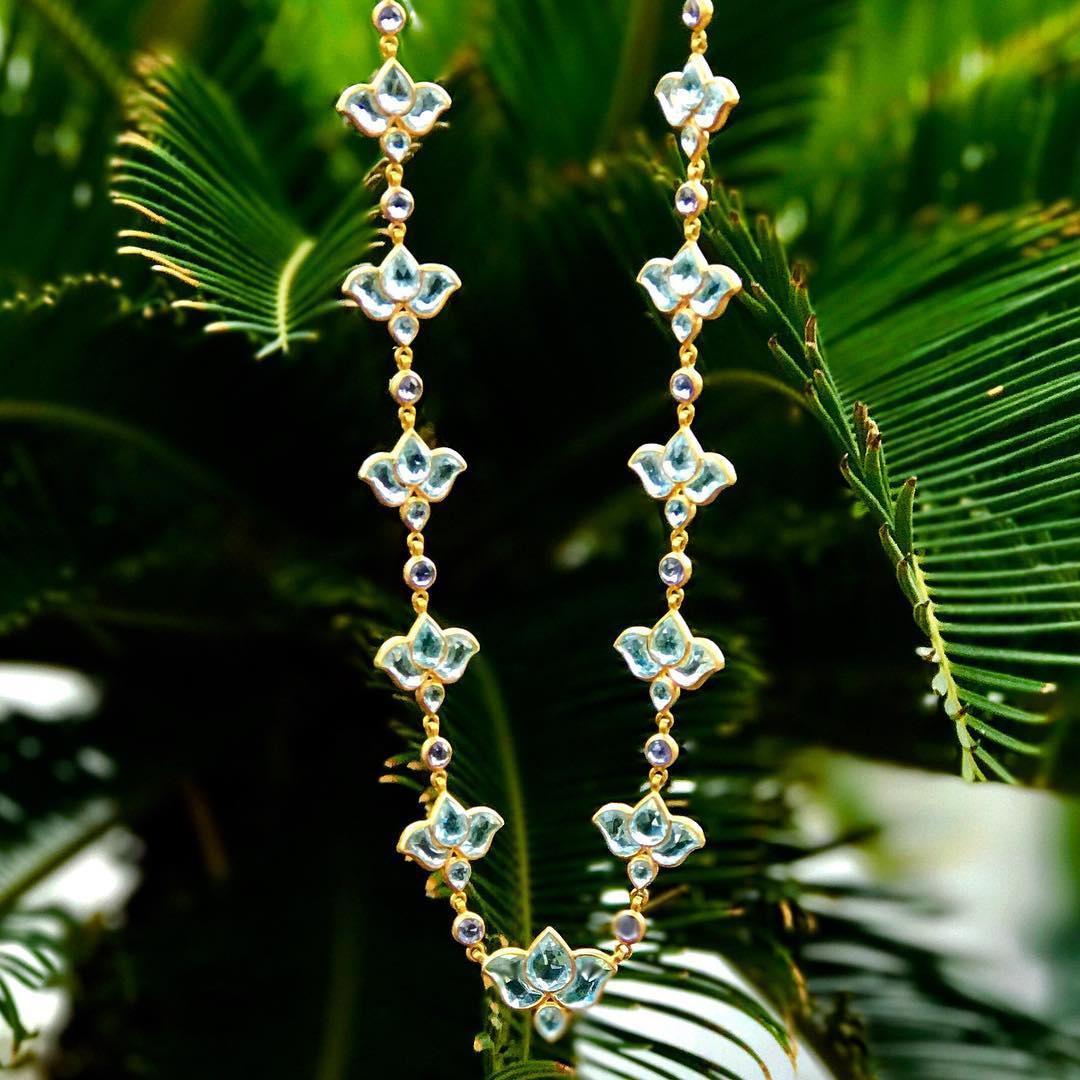 Meanwhile in Jaipur’s Bapu Bazar, one of the city’s main markets, if you’re willing to brave the chaos you can leave with some exceptional imitation jewelry. Especially Indian Aad (also known as a Rajputana necklace), which is a rectangular shaped choker which is usually given to an Indian bride by the bridegroom’s family prior to her wedding. For the best jewelry in the bazaar make your way to multiple floors of Bubber’s Beauty Palace, where you’ll find everything from traditional bangles to modern semi-precious stone pieces. In addition, Bapu Bazar is known for selling a unique array of handcrafted home decor, from sandalwood figurines to block printed bedspreads, so make sure to leave time for browsing.

Real Women Report: Femme Photogs, We’ve Got A Workshop You’ll Want To Sign Up For

Transform Your Charcuterie Board With This (Fancy) Cheese Lovers Recipe

#DreamDinnerParty: This Is What Happens When We Throw Super Fun Retail Brand, Ban.do A Slumber Party Themed Gathering