In Marin County, green hills, dairy farms, and surf spots massage your heart into slowing down. The bay rolls slow inside the small valley, and the tiny town of Marshall has nowhere to be. It’s just a sleepy spot laid up on California’s colder waters—and it’s got one of the best seafood joints around. 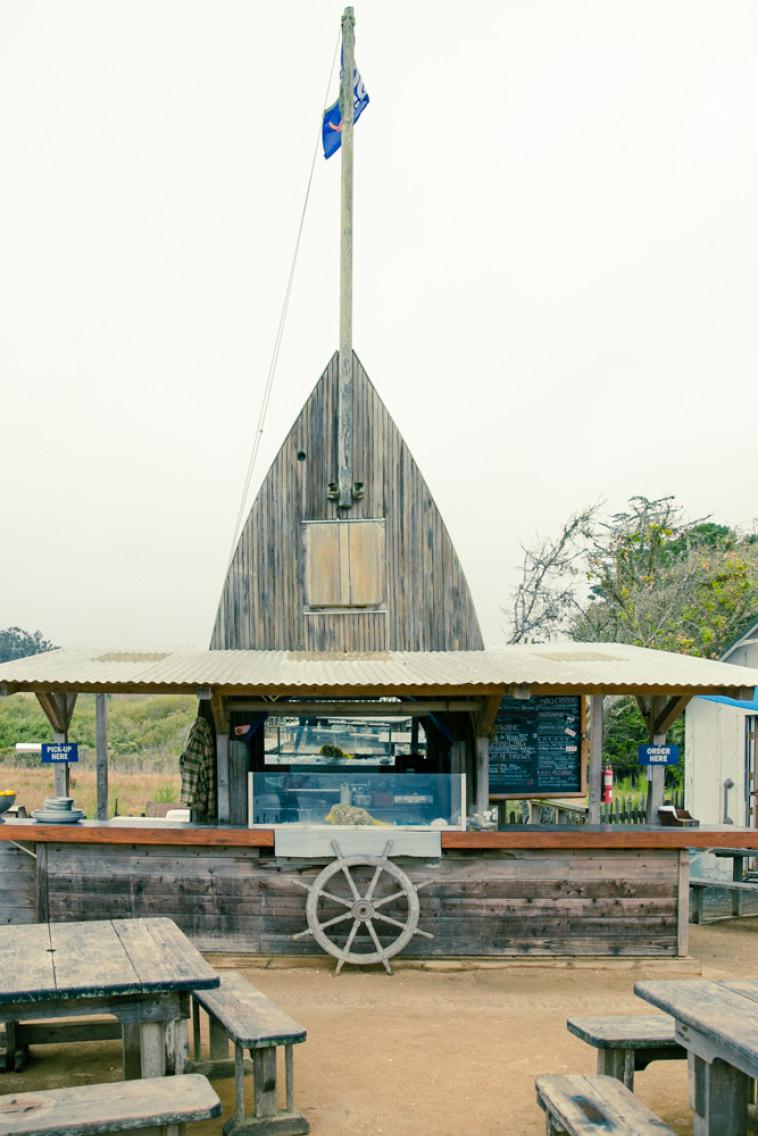 Built from the driftwood of a sea captain’s dream, the outdoor cafe, using an actual boat as part of the architecture, is all picnic tables and BBQ pits. It’s up to guests to get their hands dirty, and that’s just what one birthday gal did, thanks to her event-planning comrade,Ashley Smith of Buzzworthy Events and photographer Ashley Paige Photo. 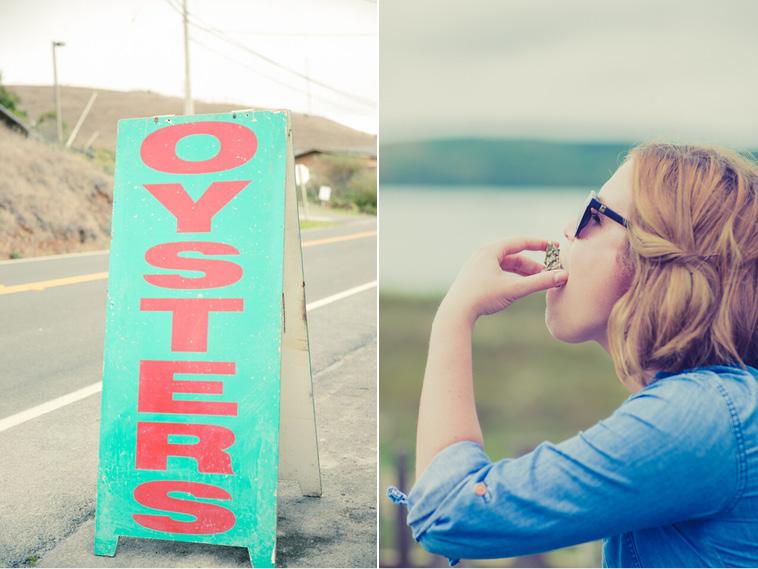 Ashley hosted a 30th birthday party for her dear friend, a chef who also used Ashley for her New Orleans wedding years ago. Given the birthday girl’s love of good food and gorgeous scenery, there was no better way to spend her special day. 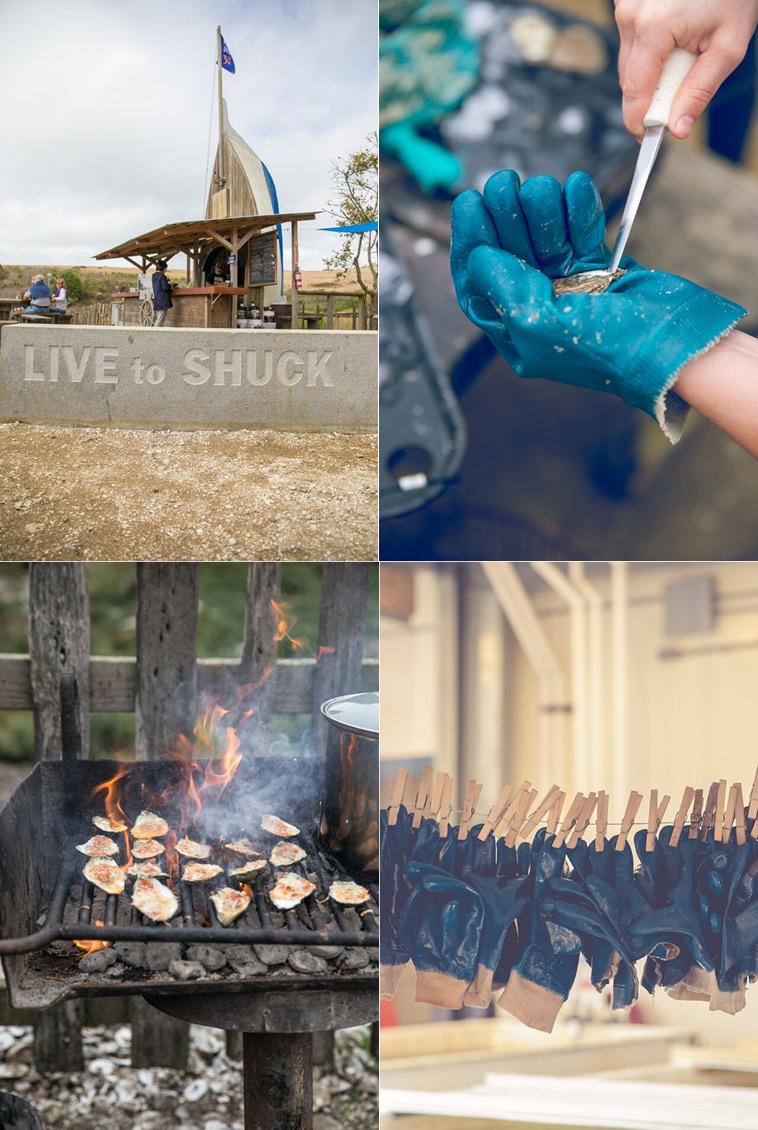 “We hung out with one of the oyster farm crew. He showed us how to shuck oysters and was incredibly funny and courteous,” said Buzzworthy Events “He even gave us a little peek around the farm to see their operation.” 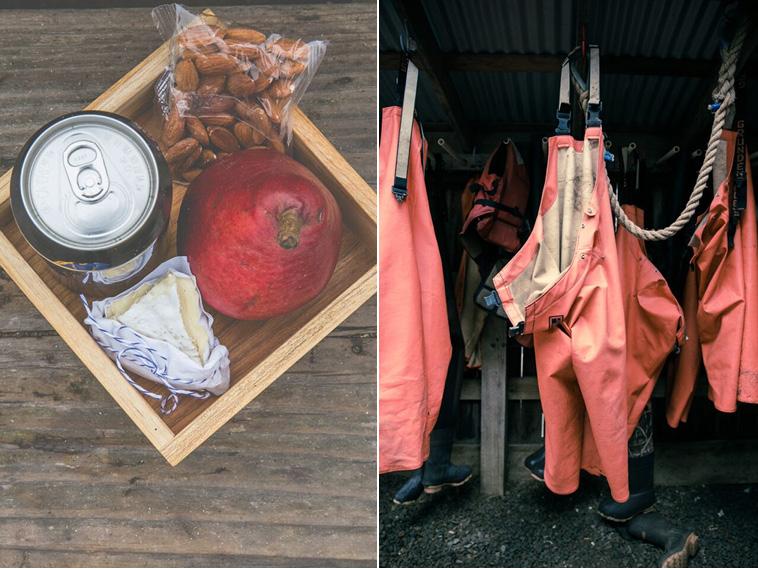 Ashley grew up in Marin County, so the farm’s actually a longtime favorite of hers, calling it “a perfect escape from the city for an afternoon.”

“Hog Island has an understated elegance to it. It’s rustic, but enjoying oysters presents that sophisticated experience,” said Smith. “I love the textures in the wood there; the trees, the salt in the air, and the fog. It can be gloomy, but never too gloomy.” 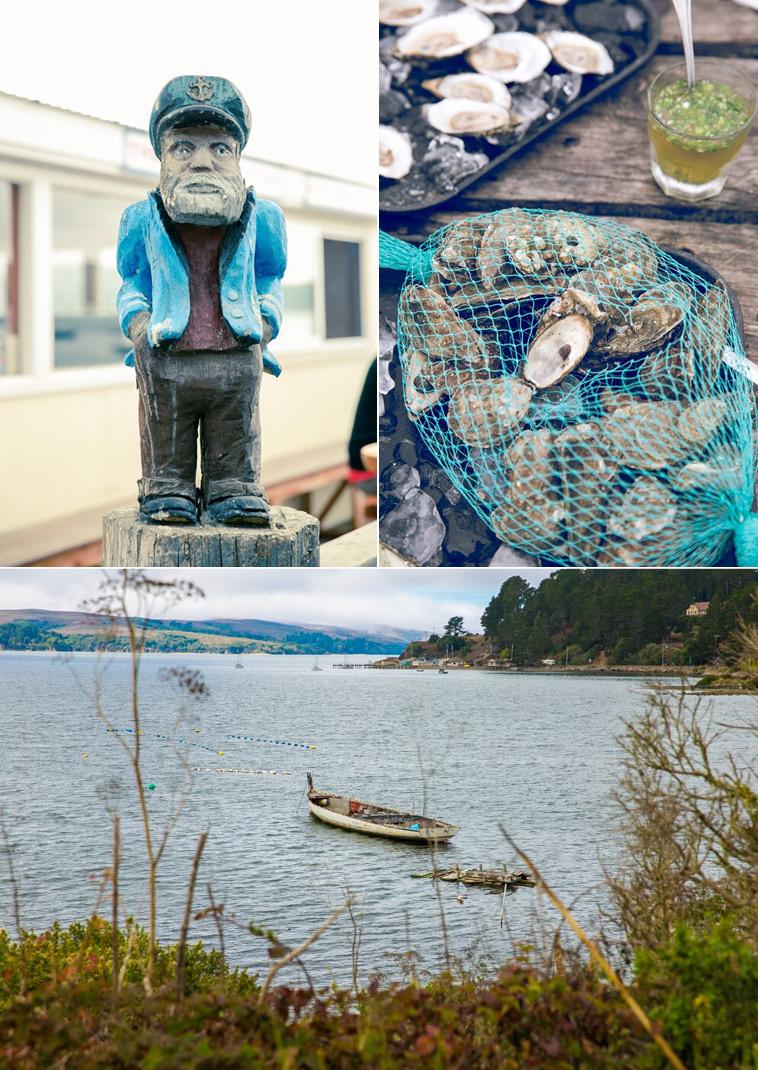 And so it made the ideal setting for a birthday party—tables filled with friends, friends filled with wine. But to make the moment more memorable, Smith made sure her decor was on point. 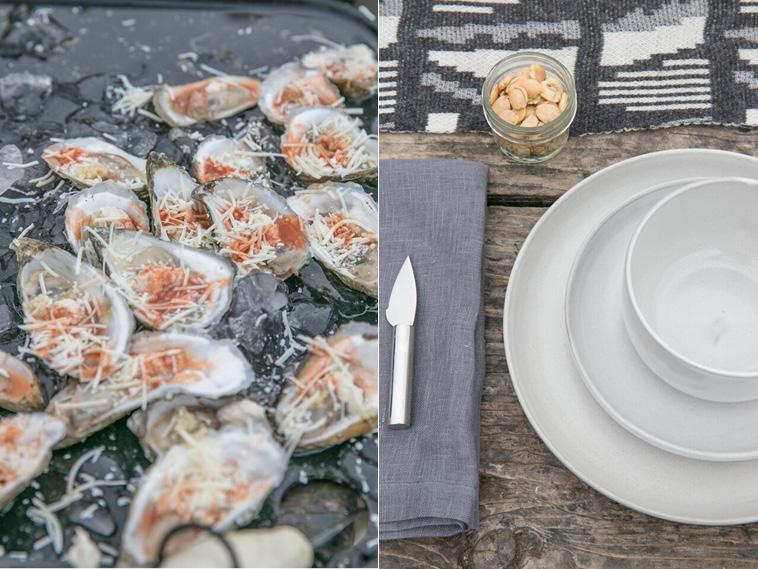 Style For Your Setting

“I wanted to compliment the picnic and casual vibe of Hog Island,” said Ashley. “I brought some ceramics that added to the texture of the tables and kept most of the design pretty clean. It was really about celebrating great friends and good food.” 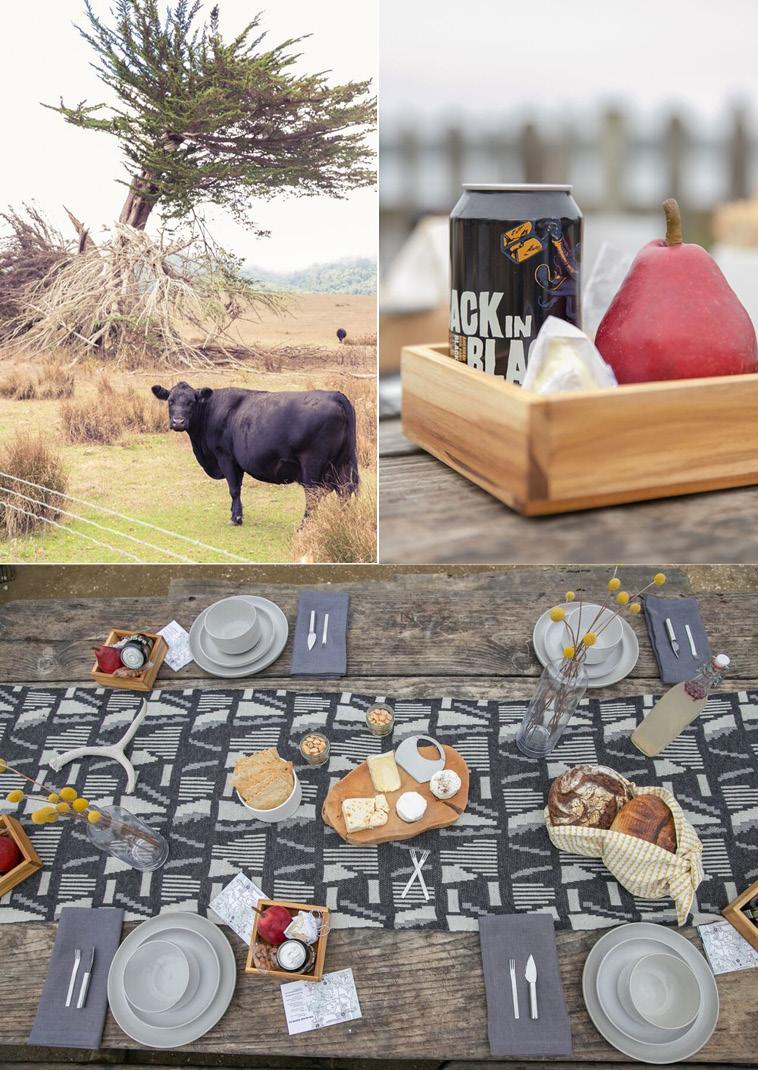 Save for the oysters purchased on-site, Buzzworthy Events brought everything, even homemade lavender lemonade. 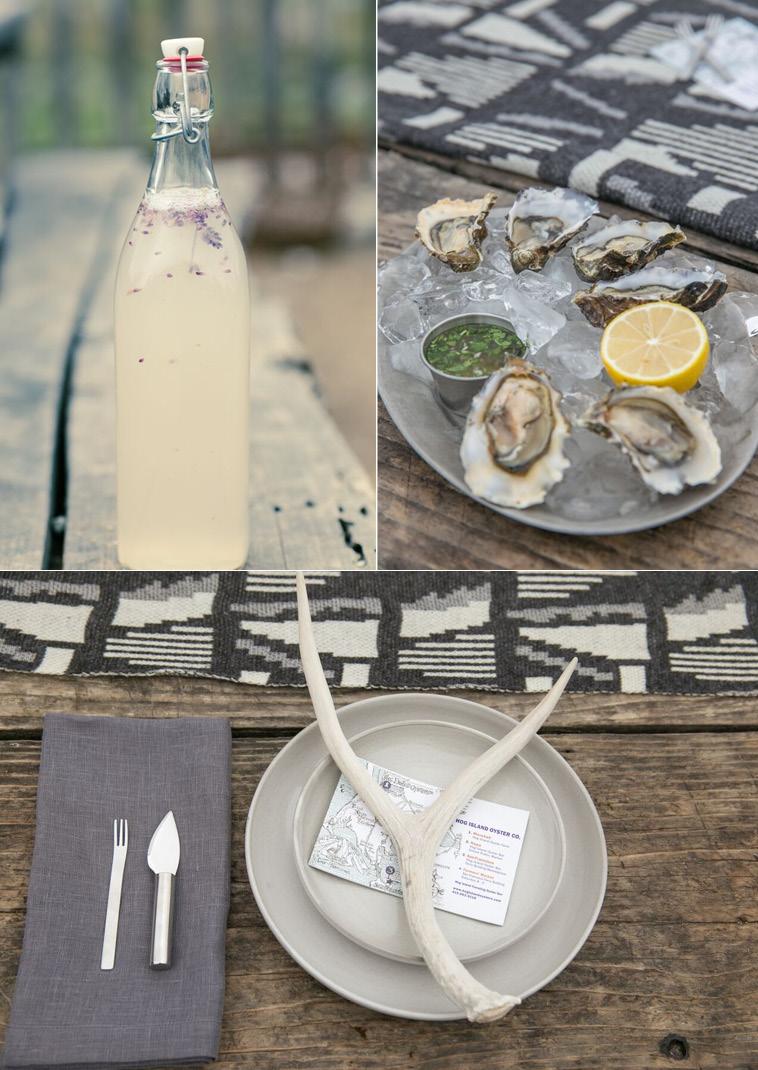 In case you run out of your own supplies, though, Hog Island sells cheese and charcuterie plates, along with wine and beer. If you’re game to wander a short distance, the area offers up good fixings as well, whether it’s cheese from Cowgirl Creamery, bread from Josey Baker Bread, or beer from 21st Amendment. 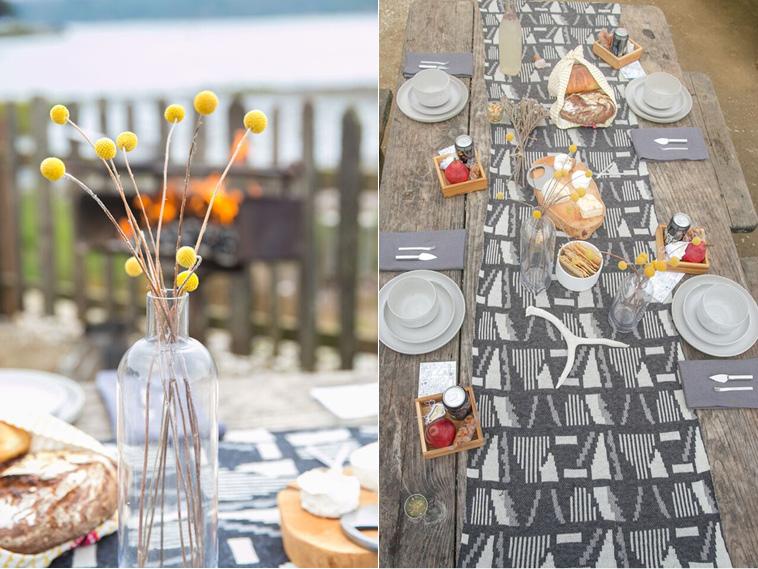 You can do more than just eat at the farm too. Tours are available for those curious about the surrounding marine environment and the sustainable techniques employed by the farm.

Keep in mind, to be able to enjoy Hog Island Oyster Farm, you need to reserve a table in advance. They do two seatings a day, one in the early afternoon and one in the later. Pro tip: Be sure to reserve one early. It gets packed real quick. 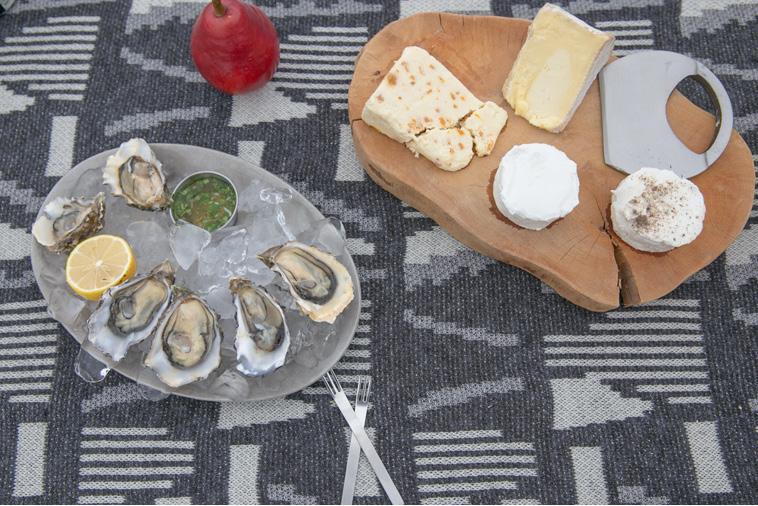 Marshall makes for a terrific group getaway (retreat or workshop), but that doesn’t mean a day trip or brunch ain’t a bad idea either.

If you’re keeping local and staying overnight, scope out the very lovely Manka’s Inverness Lodge. And if you’ve had more than your fill of oysters, which can prove easy if left to your own hungry devices, there’s a terrific restaurant just up the road called Nick’s Cove. 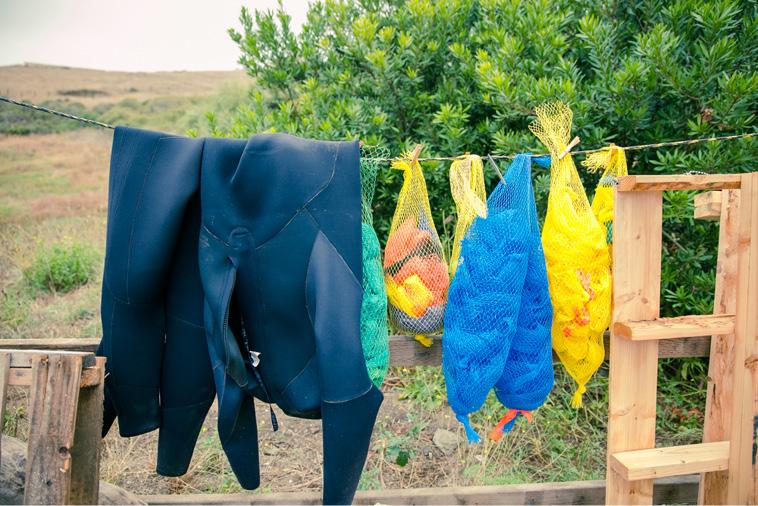 Plus, there’s always the quaint shops and charming markets of Point Reyes. 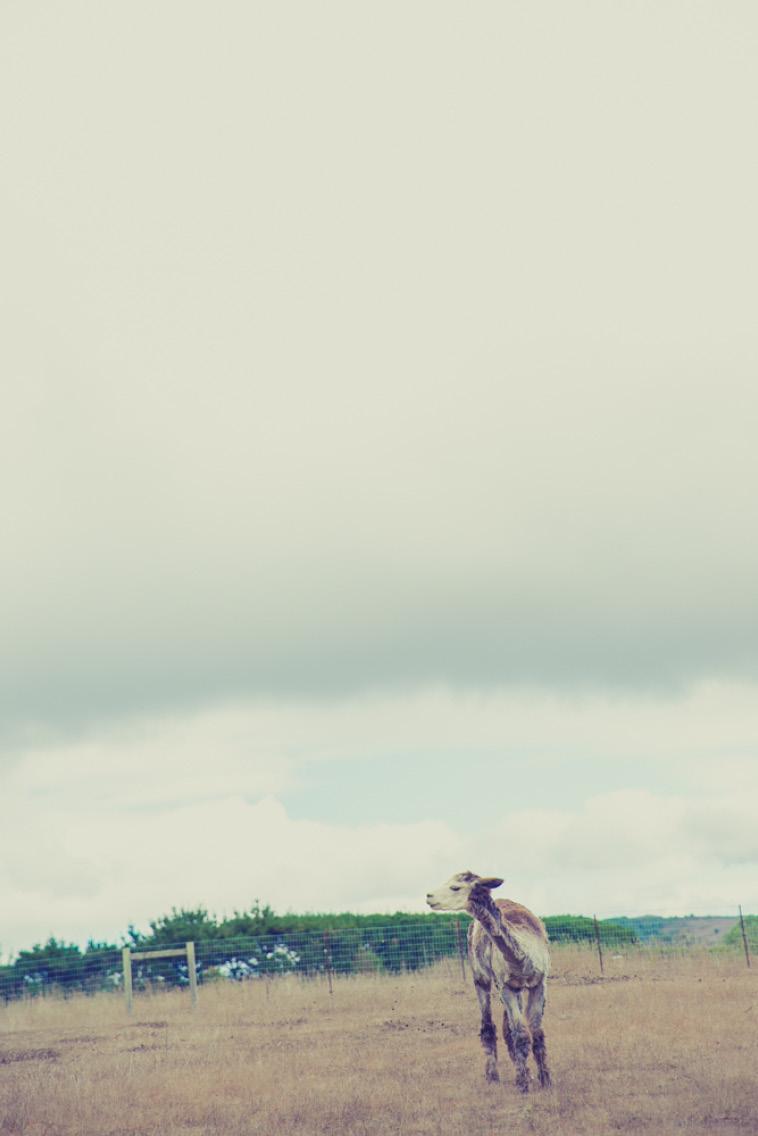 Smith’s final piece of advice: “Get some of their own BBQ’d Hog Island Sweetwater Oysters with Chipotle Bourbon Butter. Sooooo gooood.”

I'm Ashley, a wedding planner based out of San Francisco planning weddings around the world. Creating an event is something that I value. Not only is an event purposeful but one should be well crafted and beautiful. I don't believe in sacrificing one element for the other. I believe that purpose, craft, design, and strategy are all cohesive elements to produce a successful event. - Website

What Happens When Free People Designs Your Wedding Backdrop?

How About a Bespoke Wilderness Adventure in Chile?