magazine | Lifestyle | Health & Wellness
Advice from a Modern Mystic: Why You Should Plan Your Next Trip (and Wedding!) According to Moon Cycles

I’m lying on the floor in the meditation room at The Assemblage, a new wellness-centric co-working space in Manhattan. A young woman with fire-red hair and piercing blue eyes who looks exactly like the prototype of a modern day goddess is adjusting my shoulders. “We’re so conditioned to hunch, to make ourselves smaller. It’s normal,” she says, knowingly. Beside me there’s a scattering of quartz crystals and a smoldering sage stick. “Breathe in through your nose and out through your mouth. As you do, don’t be afraid to make a sound. Sound heightens our energy and allows us to balance our nervous system.” I listen intently before dropping my shoulders back and letting out a long and deep exhale.

Now, this isn’t the first time I’ve dabbled in mystical mantras. But it is the first time that I’ve met with a spiritual healer who bases her work off of the moon. “I grew up in Georgia and was surrounded by organized religion and I really missed a connection to the earth and to the feminine,” Alexandra Roxo, co-founder of the Moon Club, a monthly membership program that follows the lunar cycle, explains of how she first discovered her connection with astrology. Since then Roxo has gone on to become an emerging thought leader and changemaker in the space of wellness and women’s empowerment through her spiritual work centered on moon cycles. Read on to learn more about the Moon Club, as well as Roxo’s advice on how the moon’s cycles can affect everything from your next trip to your wedding day. 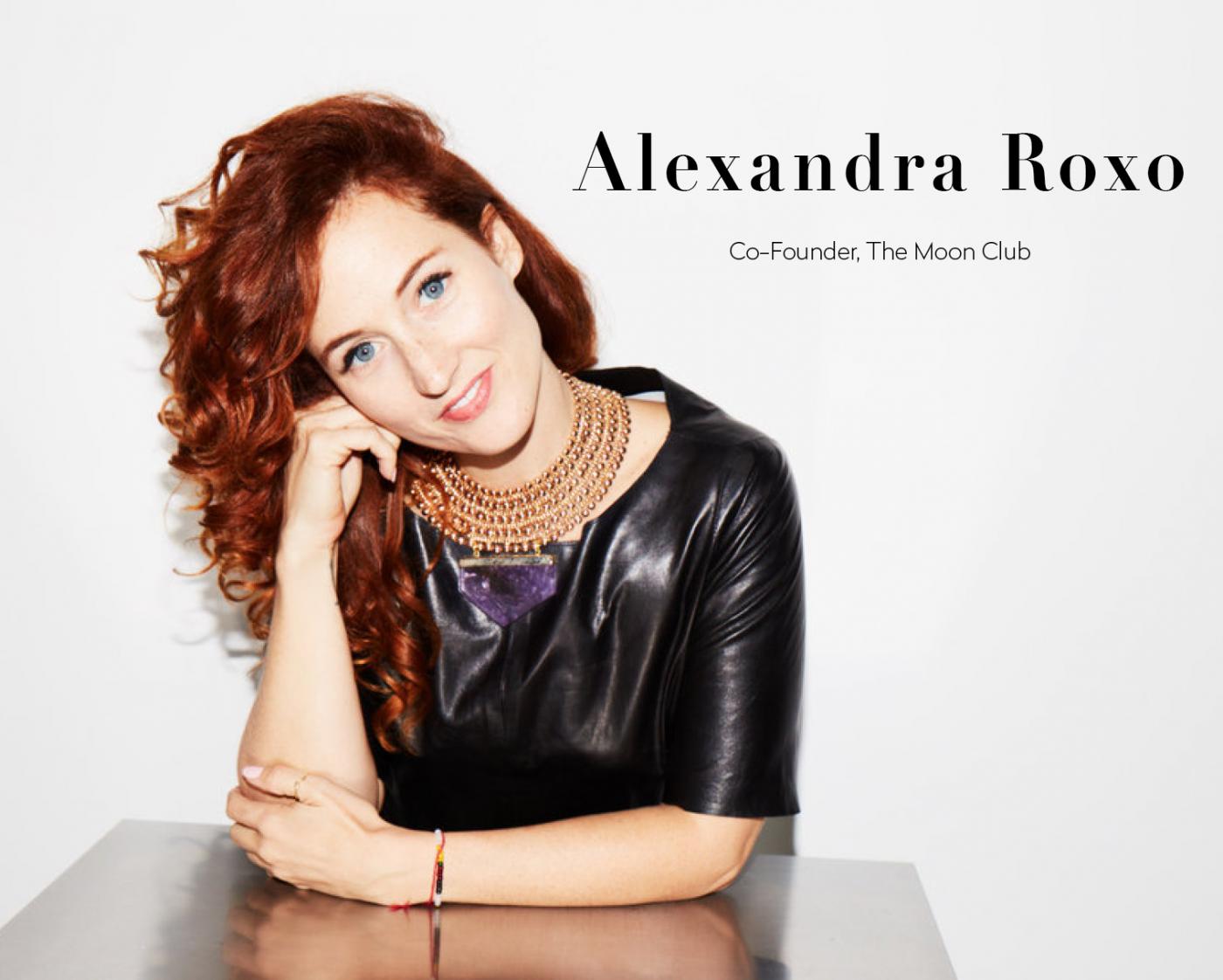 
So what exactly is the Moon Club?

“The Moon Club is an online mentorship community and spiritual and business growth accelerator for women. We chart our business growth and our spiritual growth by the moon cycles, looking at blocks based on astrology. There’s also a component which involves online events, so that women in countries and cities who don’t have access to some of the bigger cities in the US can have access to the amazing network of teachers, female entrepreneurs, and mystics we’ve brought together through this community. We also have a magazine that has weekly writing prompts and rituals so that members have something to ground them through their process. There’s also a Facebook community that helps with peer mentorship so that members can write in and say, for example, 'guys, I’m working on speaking up, or visibility, or being seen,’ and it helps give them that push and support to continue with the goal rather than letting it fall to the wayside.” 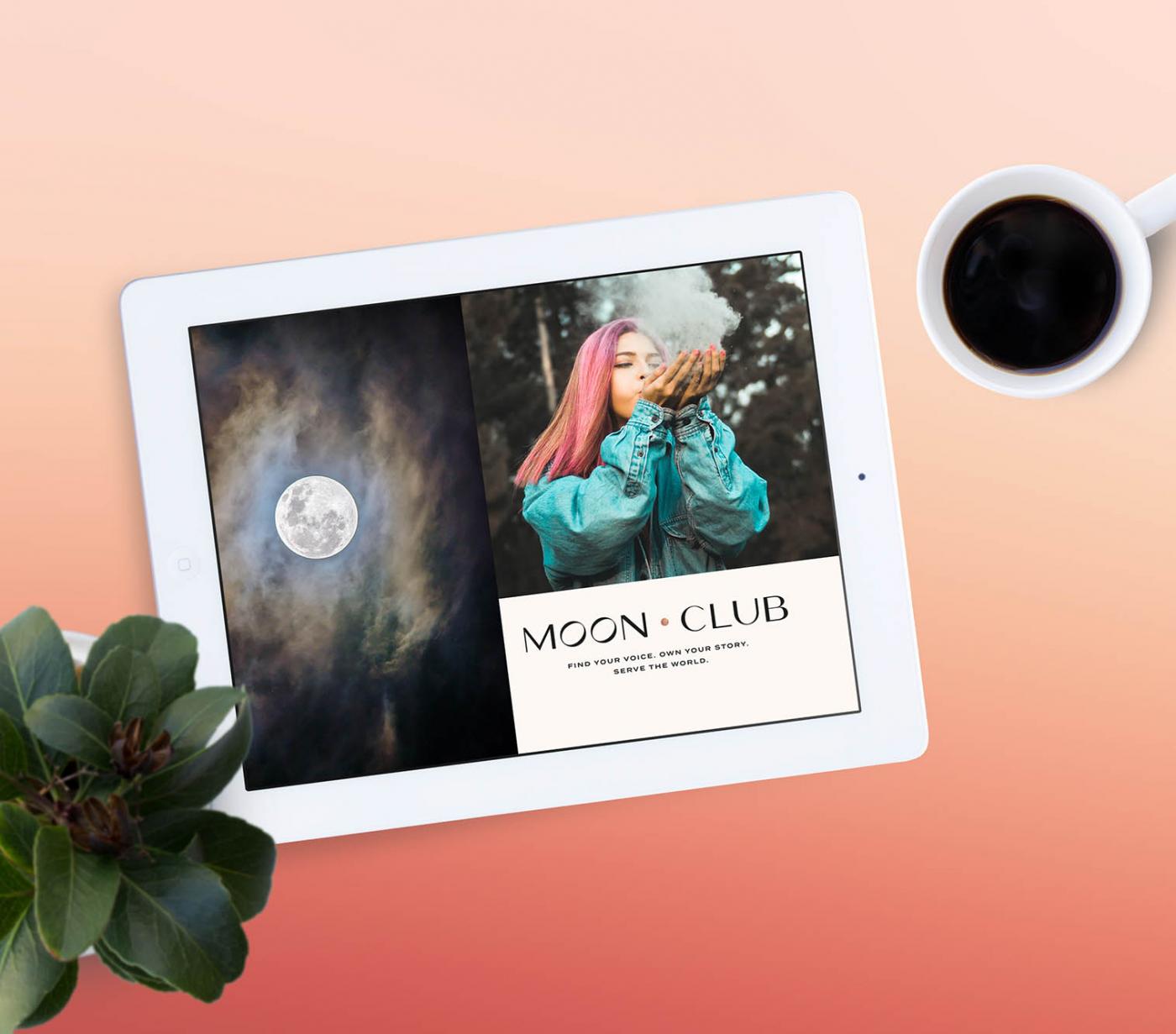 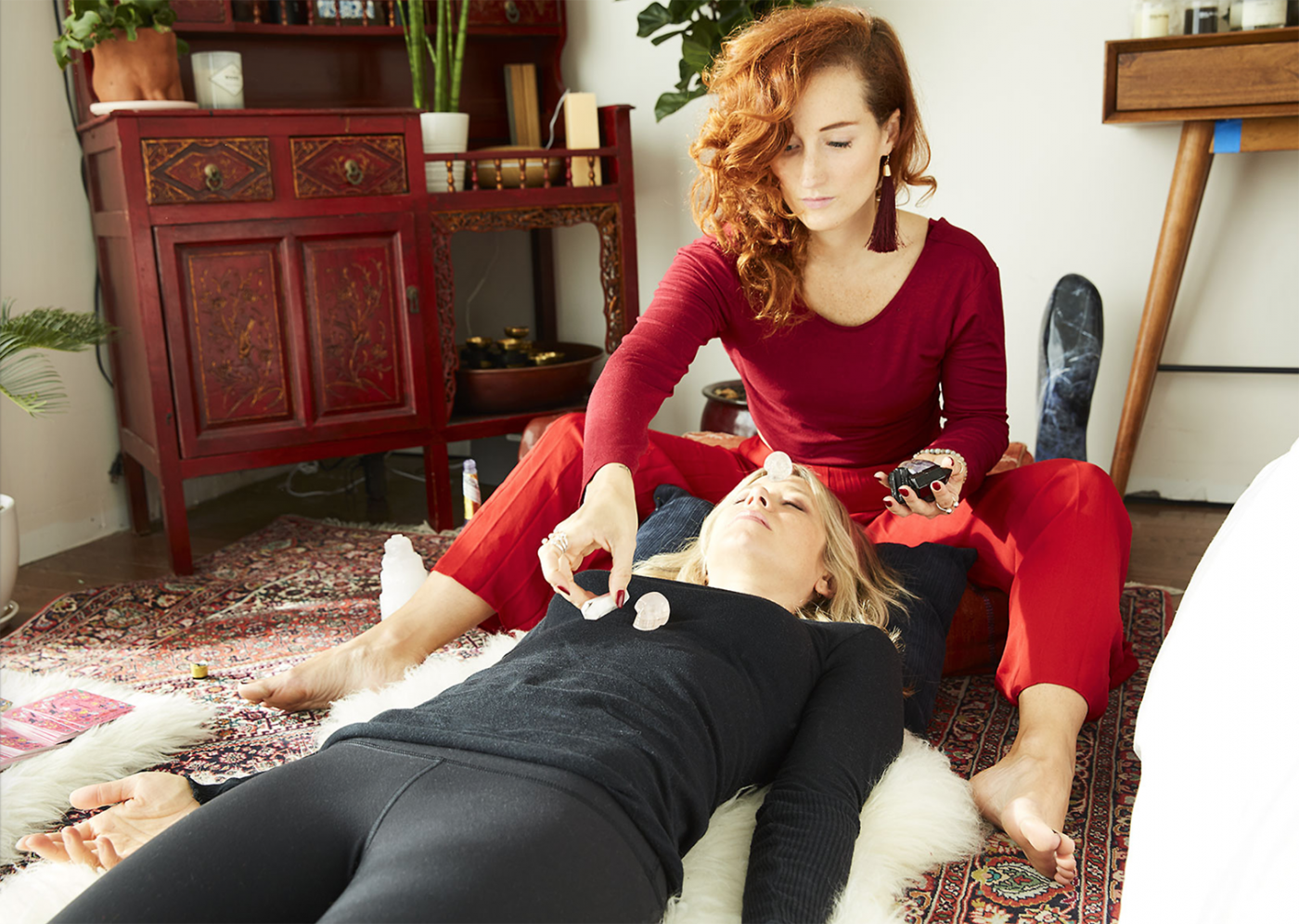 “Yes! We have ambassadors in many different cities that we’ve trained and we do a lot of storytelling circles. We actually do a lot around storytelling in general, our tagline is “Find your voice. Share your story. Serve the world.” The fundamental in all of this is really helping women find their voices and allowing them to have the courage to share their stories. During Moon Club meetups we do something called story medicine where we make space for people to share their very real and raw stories not just the plastic, curated version of their lives that you might see let’s say on Instagram.”

How many members do you have? 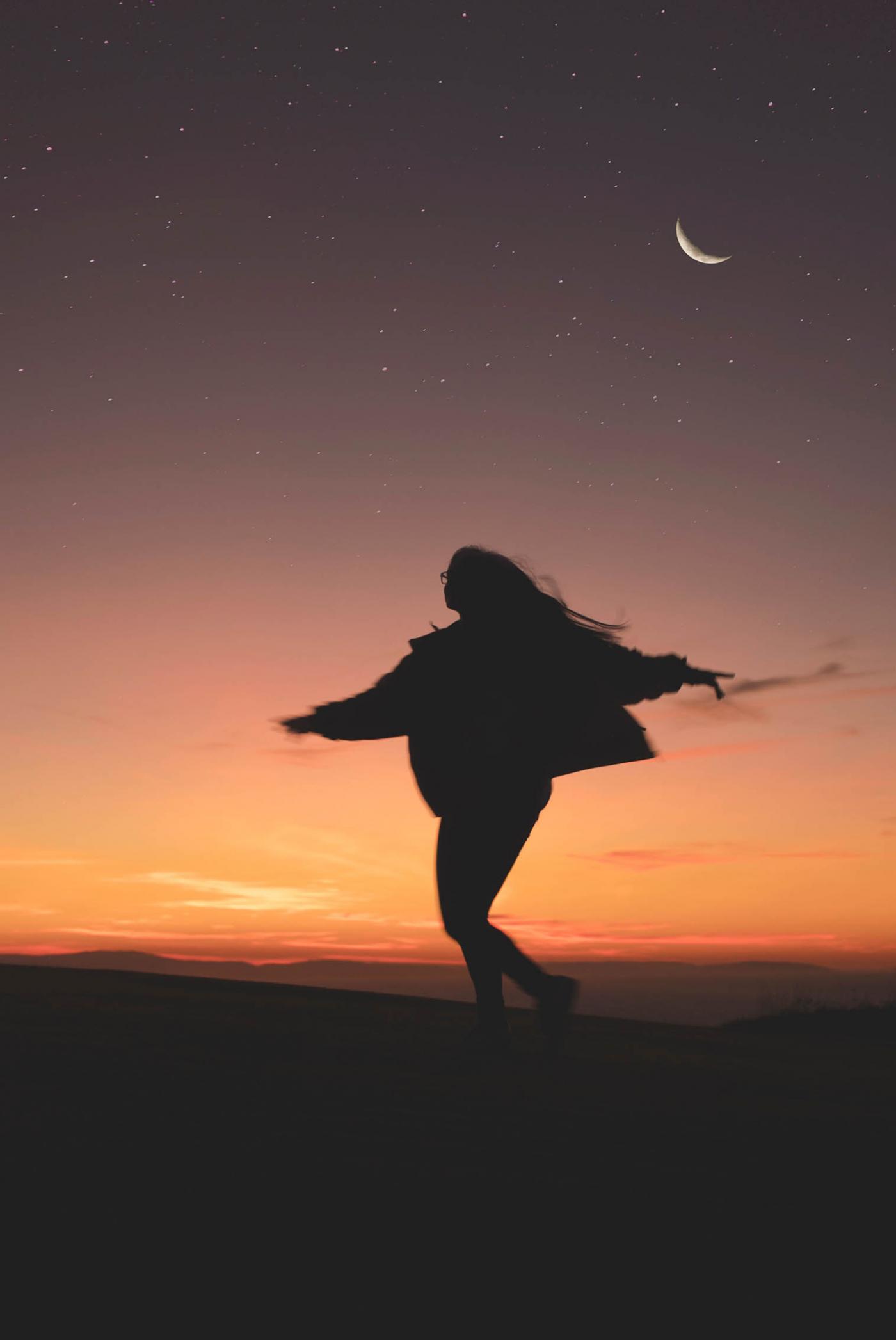 
How exactly does the moon affect travel?

“Since we’re beings made of water and the moon controls the tides, the moon can have a big impact on travel. Think about for example, the word lunatic, the reason the word luna is in there is because generally people would become agitated around the full moon. That’s why in popular culture you’ll hear references to people howling at the moon because there’s this real energy around it. In many cultures entire celebrations are based on the moon cycles, so it’s not just this imaginary thing made up by Hollywood: it’s a real energetic power.

So, when we think about making certain events happen at certain times, although there’s something really magical about traveling around the full moon there’s also something really auspicious about it in the sense that you don’t know what might happen. You might be on a higher energy, so I wouldn’t for example, plan my wedding during a full moon. I would plan important things when the moon is growing, because that’s a nice time right before the energy is at its highest. During the full moon when energy is at its peak is when a lot of couples get in fights, especially if you add alcohol into the mix. When there’s the new moon I think this is an ideal time to travel or start a new project because the vibes are fresh and it’s in the growing phase so there is enough energy there. During a waning moon, there’s a deficit which means there’s no energy there so I would never plan a big event then.”

How can you check the moon cycles? And what moon cycle are we in now?

“You can google it to find out. Right now we’re in the waxing moon, so we’re growing. This is a nice time to set new intentions. You know, we chart our lives by every day a new day a new start a new to-do list. The moon gives us a little more length there where we can chart our progress over the month, versus the Gregorian calendar which is very much connected to our capitalist work system. That can be very confusing when you’re thinking about things like your relationship health and emotional wellbeing or your spiritual well being. It really helps to look at that based on the moon. And it’s ancient, that’s how a lot of cultures have been doing it for a long time. I like to look at both.” 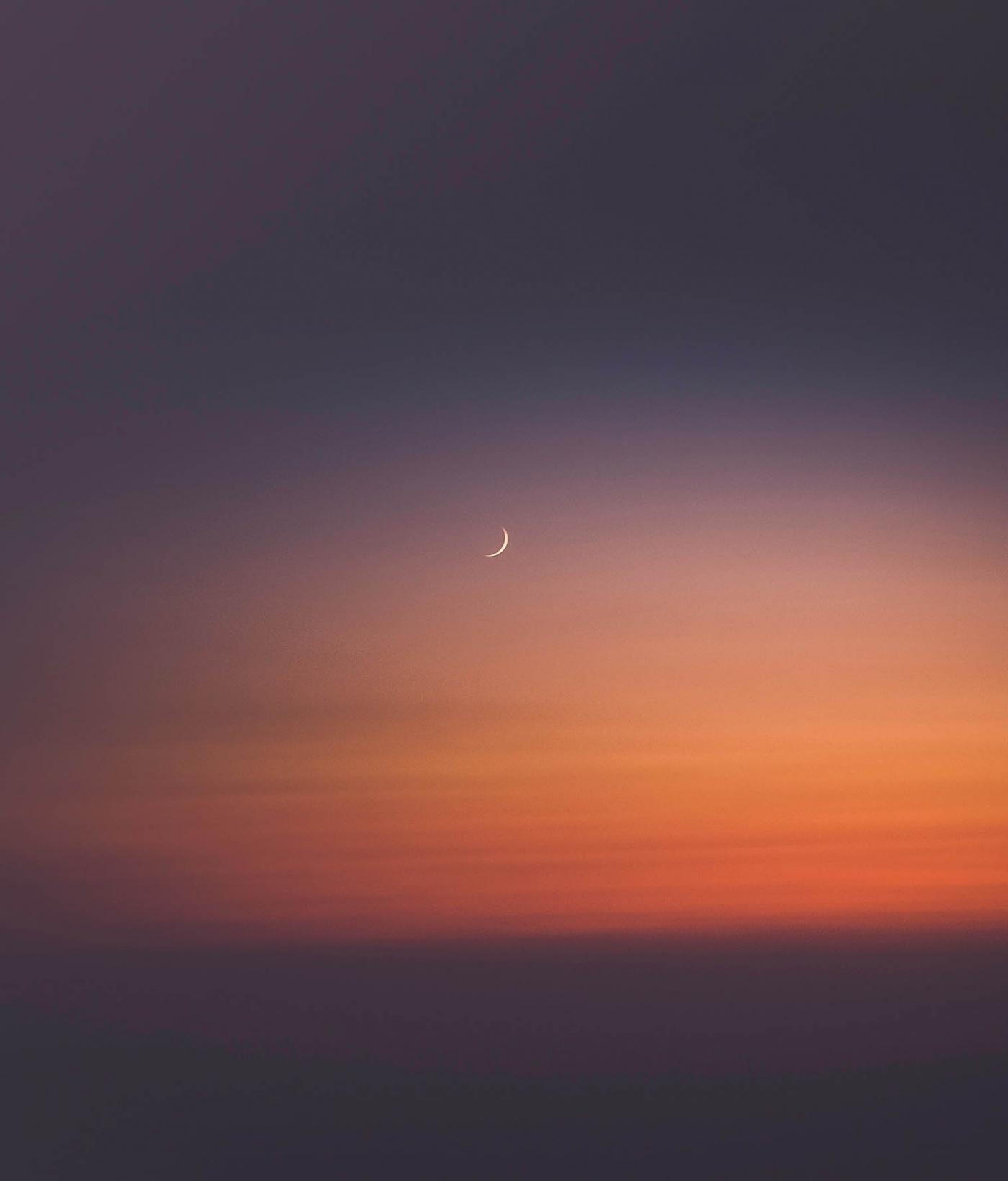 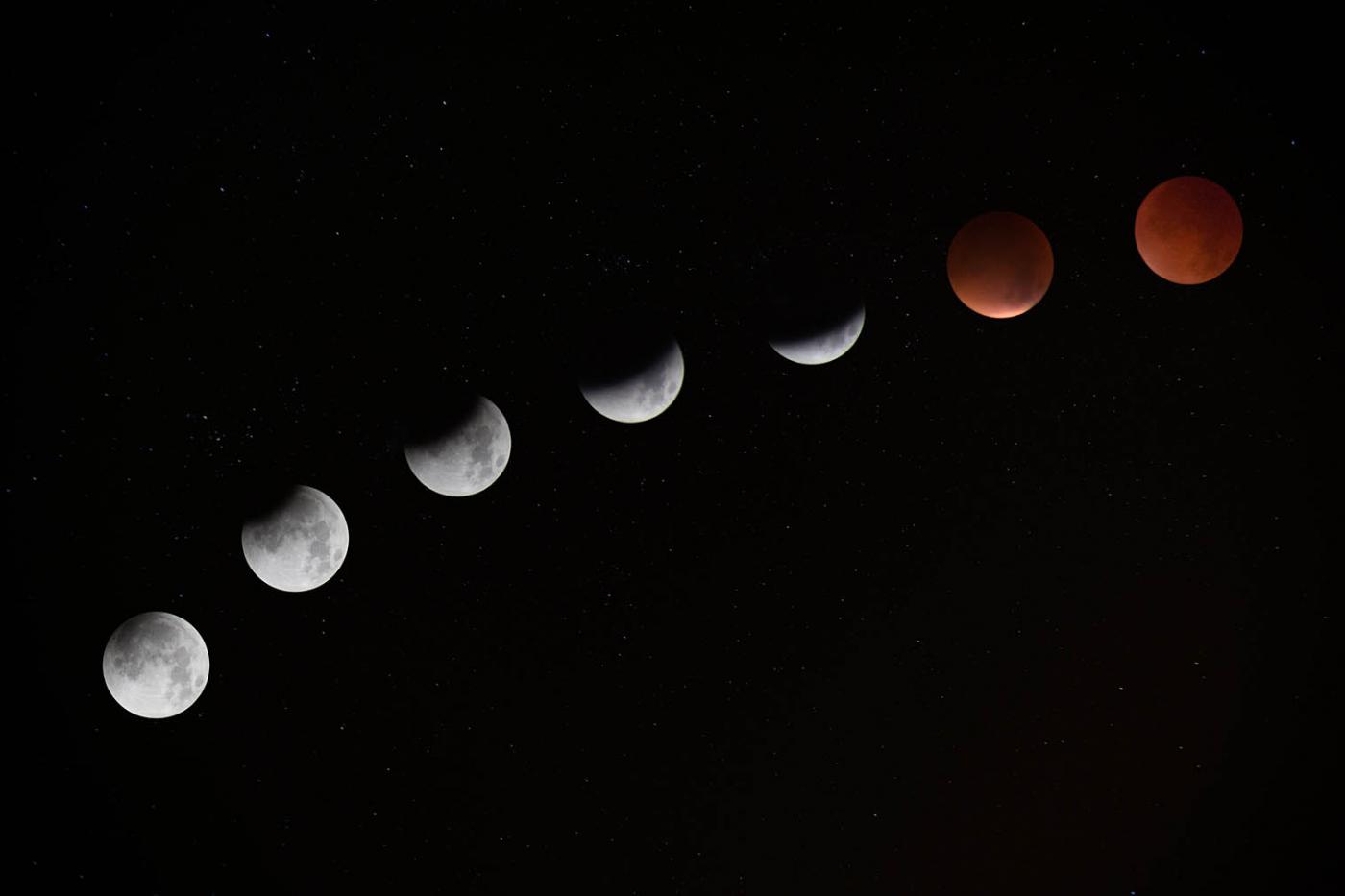 
So what’s it like to be a modern mystic?

“Essentially in our western culture a lot of rituals have been adapted over time, there’s not really a baseline for people as to what ritual is. Ritual is anything you imbue with intention. If you have your coffee every morning and you love how your coffee feels, you love how it feels like you’re getting a hug on the inside, that’s a ritual. If you’re putting conscious energy behind something, it’s a ritual. Now we can find rituals from our ancestors and our culture that feel really good, the way that I always explain it is to look to your ancestors and if you find rituals that feel great than awesome, and if you can’t find any, create your own. And start them and go with what feels good to you. Don’t go with what other people are doing. You get to create them. And the same goes for weddings, when we consider reframing our own way of connecting with spirit we can decide what feels good to us. I’ve officiated weddings and come up with rituals for the bride and groom. Some of them have been based off ancient traditions and some of them have been totally original. I’ve made salt circle around the bride and groom because salt is a protective tool and it’s cleansing or I’ve asked people to pass around a cup and bless the water. We are inherently creative beings so you shouldn’t be afraid to get creative with your rituals.”

Any advice for those who want to follow along in your footsteps?

“Come to Moon Club and experience a ritual with me. There are a thousand books on the topic, but experiential learning is where we go the deepest. Whether it happens to me or there’s someone else you connect with, just going and feeling your way through the experience is the best way to get involved.”

What Happens When You Take One of LA’s Hippest Hotels and Give it a $22 Million Redesign?