Only recently reborn as the sprawling haven on the hill, Malliouhanais now everything it once was and more. But the story of the beloved cliffside idyll begins long ago, well before it found sparkling new life in November 2014.

Originally opening in 1984, Malliouhana soon earned a reputation as a long-term haunt for families returning year after year, ultimately becoming the iconic place to be for jetsetters, romantics, you name it. So when the lights went out in 2010, generations of guests were relieved to learn the resort wouldn’t just sit there on the island of Anguilla like a shipwreck, lashed at by coastal winds over time. After partnering with Auberge, the resort’s new owners sought to keep the resort’s beautiful, strong bones intact and just rework the muscles. After years of renovation, guided by the world-famous designer Todd-Avery Lenahan, the luxurious Malliouhana now reveals the clean lines of a giant modern art piece, looking as pristine as the nearby sea. But true to tradition, it also sports the timeless, charming style of the Caribbean’s 1950s-60s heyday—with bright colors, open spaces, and restored rattan.

Malliouhana’s fresh balance of old-world grace and new-wave cool enhances its history and strengthens its legacy as the dream destination for any and all. It could give a wayward writer serenity. It could cultivate a pop singer’s self-discovery. It’d even make the perfect spot for James Bond to find his love interest strolling the beach or breathing in sunlight by the pool.

From nearly every window or balcony, the sea looks endless, and the sky is an eternity. When it appears you’ve reached the edge of the world, is there any better plan than to sip rum and lay up in a hammock, with lush gardens on one side and unblemished beach on the other? Heck, given the resort’s full-service approach amid the cool, wandering breeze, you’ll come to think you’ll find inner peace listed right there on the menu.

Malliouhana looks like a bride-to-be’s daydream, and the resort’s on-site changing rooms and bridal suite make wedding ceremonies and receptions a snap. But it’s not at all limited to them. Family reunions, corporate retreats, and romantic getaways can all be hosted in a variety of ways. The pearl of a resort naps on 25 acres of prolific, verdant gardens that sneak their way up to three stretches of white-sand beaches (Nighy Bay Beach, Turtle Cove Beach, and Bobbin Cove); so no matter your event, there’s more than enough space to work with.

The resort supplies all catering and alcohol services. And The Restaurant at Malliouhana can handle any guest’s diet—not to mention, it’s got a wine list that won’t keep quiet. While the restaurant is any event’s primary spot, two additional food and beverage outlets can also serve up a good time to guests.

For you night owls.. There’s no curfew, no boring drinks or dishes, and no night more unforgettable than one spent dancing to live music by well-crafted lantern light with the sound of waves rolling in the background. Let your guests roam and be merry! 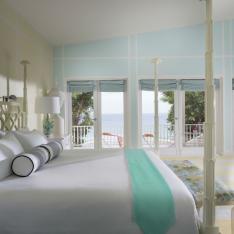 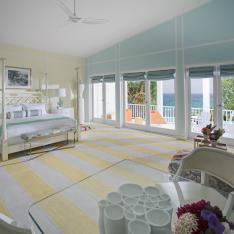 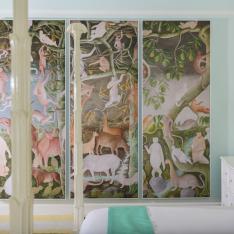 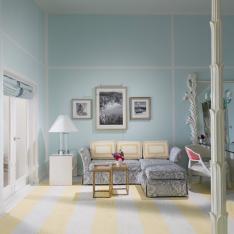 Malliouhana doesn't just continue Anguilla’s rich, renowned legacy of fine cuisine; it celebrates the tradition. Establishing itself as the first Michelin-starred restaurant in the Caribbean, The Restaurant at Malliouhana became quite the famous destination for foodies in the ’80s. From there, the restaurant’s chef became a pioneer in shaping Michelin’s focus on healthier fare. Today, Executive Chef Jeremy Bearman, from NYC’s ultra-hip Rouge Tomate, ensures his menu and fresh ingredients can cater to any customer sitting at the table. Chic vegan, vegetarian, and gluten-free options are prepared year-round.

STYLE FOR YOUR SETTING 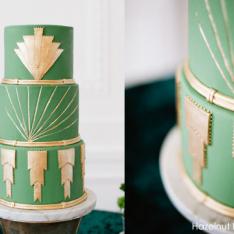 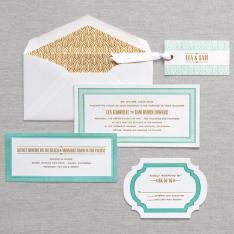 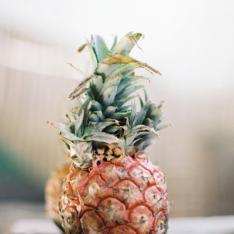 1. Designer Delicacies: Capitalize on the Art Deco aesthetic of this remodel. Styling your setting off the old world with a modern touch of color & gold. Cake from Super Fine Bakery in LA | 2. Printed Palettes: Play on the patterns that surround you. The Malliouhana has enough style to speak for itself, so bring in your voice through the details of your event. Invitation from Daphne Press Presidio Collection | 3.Incorporate local flare you're surrounded by lush landscapes of flavor and color, using local fruits and veggies in your tablescapes and on the menu promotes sustainable farming and local culture, as well as being timelessly gorgeous.  Photo from Jose Villa

If your out-of-town aim is to take down drinks that swirl the colors of a setting sun, Malliouhana’s got you covered until dawn. Order a drink called the Chili-Passion. It’s an exquisite mix of Mount Gay Dark Rum, passion fruit puree, cranberry juice, ginger, and chipotle.

Guests can hold up at this vantage point known for a mixologist with a steady grin and a heavy hand. Dramatic sunsets crash the sky, live music lights up the room, and the area’s largest selection of rum from around the world is more than willing to loosen your nerves (and maybe your tongue). 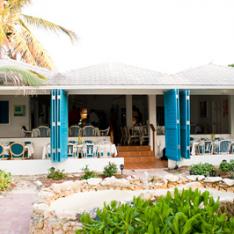 With a short stroll under your belt, plant yourself down at the picnic tables and dig your toes into the sand under a grove of sea grape trees. You’ve earned it. Locally inspired beach dishes and drinks like homemade shrimp tacos and rum punch are served up at the most colorful joint on the shoreline. 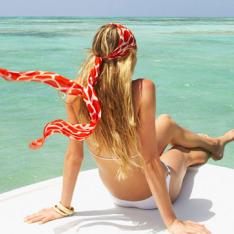 If you’re looking for a local touch, “it has to be on the water,” says Malliouhana’s owners. Whether it’s paddleboarding through a Caribbean sunset or tackling a half-day snorkel trip to Little Bay, no trip to Malliouhana would be considered complete without a dip or two (or dozen).

Rules & Etiquette That Will Make Your Road Trip Fun

How To Host And End Of Summer Fiesta With A Tequila & Taco Tasting!

Add Treehouses, Chalets and Hydrotherapy to Your Next Birthday Agenda