magazine | TVR Exclusives | Correspondents on Location
The Gentlemen Journal: Learn How to Travel the World Like an Influencer on a Dime

It's one thing to daydream about life on the road and traveling to foreign lands, but Nash Finley of The Nomadic People made his dream of doing so a reality. After sweeping his better half off her feet, the two explorers set off for their first trip together and the rest was history.

We recently tracked this nomad down to get his side of the story! Along with tips, bucket-list inspiration and trips gone wrong, Nash paints us a picture of what life on the road is like from an insiders perspective.

Photography by The Nomadic People 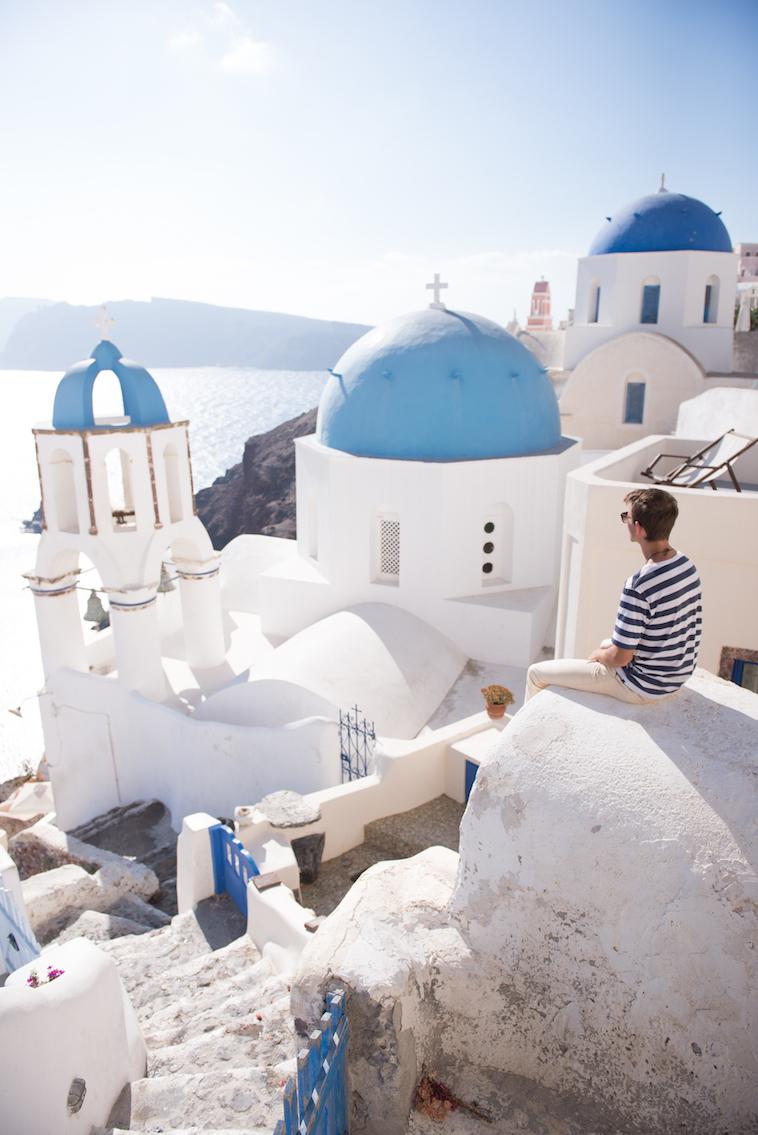 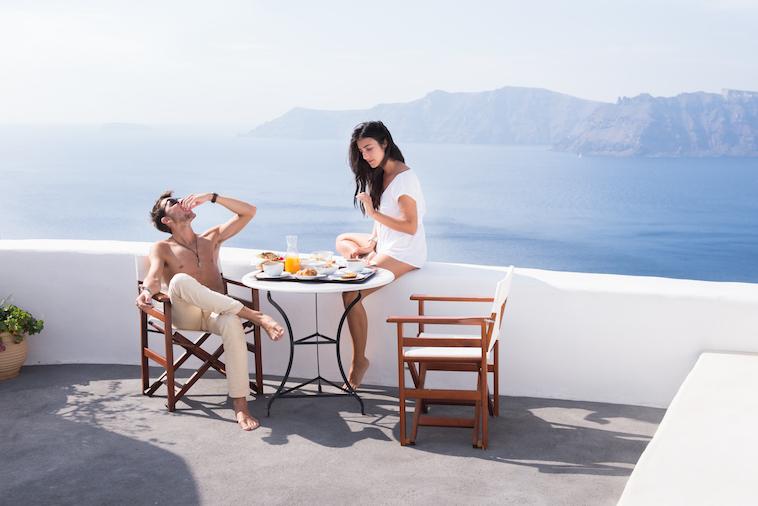 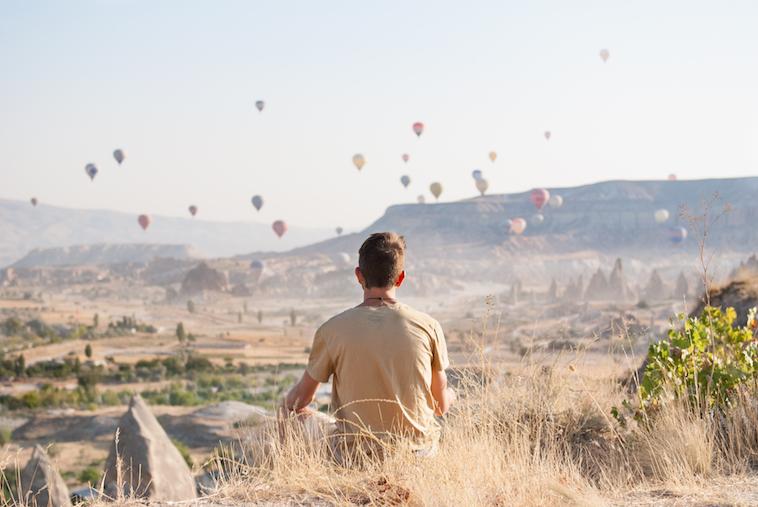 Hey Nash, tell us a little bit about yourself!

I am Nash. Nomad. Skater. Designer. Here is my life in a nutshell — Born in a tiny town in Arizona, I hopped over to San Francisco the minute I graduated high school. After a grueling 5-year Product Design program I gave up the sedentary life to pursue one of a nomad. Hopping from country to country along with my wife, has broadened my perspective and opened my mind to what exists beyond the confines of conformity.

How did you and Kim meet?

I remember the day as if it was yesterday — San Francisco, July 2nd, 2011. I was invited to yet another hang at one of my good friend’s apartment. After picking me up, he made a quick pit stop in Alamo Square. He told me he was just stopping to pick up a friend (who knew she would be my wife some years later). I am pretty sure my eyes lit up when she came walking down the steps of her host parents’ house. She was an Au Pair from Germany (ooh la la), which made her even more interesting. Being the shy type it definitely took a bit of time for me to ask her out. I will spare you the rest of the details, but once we did go out we never stopped. After two months of knowing her, she had to jet off to Africa, then onto her home country to start University. Though I only knew her for those 2 months, I had a feeling in my gut that she was the one. That was just the beginning of our 4-year long distance relationship. This distance was one of the hardest times of our lives, but in hindsight it was probably the reason we have such a strong connection being able to pour out everything about ourselves via email, without the sexual component to get in the way. 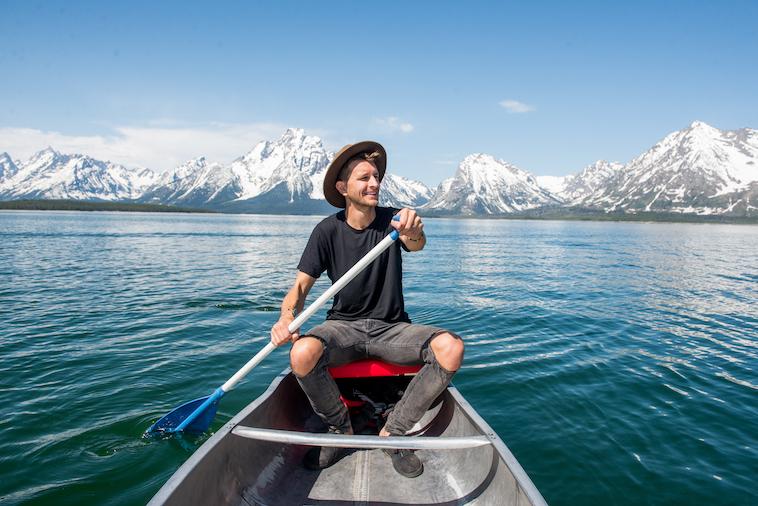 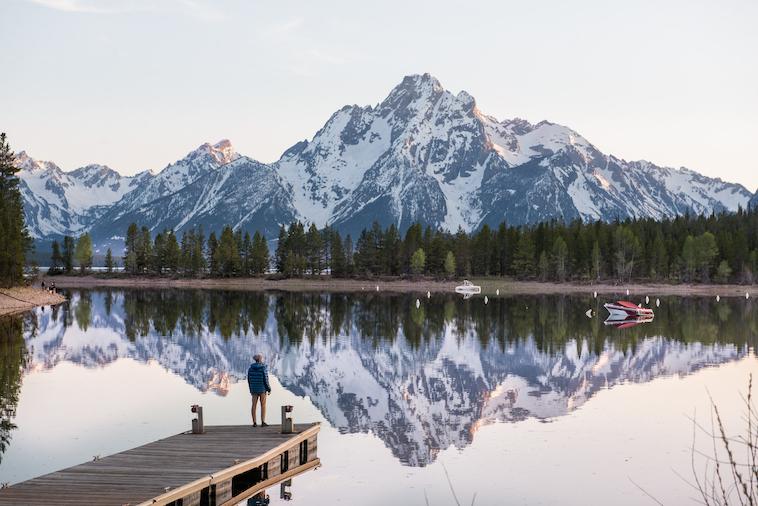 When did the two of you start The Nomadic People?

It unconsciously started the day we met. Two nomads wandering two separate paths meeting in one particular place. Kim came as an AuPair from Germany to the States and when we met it just clicked. Being in a 4-year long-distance relationship gave us plenty of opportunities to wander all around the globe to places we’ve both wanted to visit. Looking back at all the coincidences that had to happen for us to be at the same time at the same place made us confident that this wasn’t an accident. God just put two and two together.

But we weren’t always The Nomadic People. We began our blogging days as Mr. & Mrs. Ananas, with an Instagram of @kispiration. Cheesy right! Ananas is German for pineapple and the symbolism of a pineapple is hospitality and friendship. So the underlying concept was to create a blog that was welcoming with a lot of inspiration. We were mostly inspired by our 6-month stint in Southeast Asia as pineapples were a regular occurrence in our tummies (especially delicious deep fried pineapples). But about 6 months later, we came to our senses and decided to rebrand into what is now The Nomadic People.

We had just bought our bus a few months prior and were currently on our yearlong escapade through the West Coast. We wanted to find a name that captures our personalities and lifestyle yet gives people around us the feeling of community as we all are Nomadic People, in some way, shape or form. So from then on we became The Nomadic People.

Have you ever had a trip go wrong?

Yes. During a trip to Bagan Myanmar, Kim got Dengue Fever. We didn’t know it at the time and luckily it hit her once we landed in Singapore. If you are not familiar with this virus there is no antidote, no medicine and nothing to cure it. She became really weak and had extreme pain in all of her bones. We had to go to the emergency room a couple times because of the tremendous pain Kim experienced and her fear of dying. To this day it was probably the scariest experience we have ever faced while traveling. But with the bad comes the good. It was this experience that brought back the awareness of how precious life is and that we should pursue our dreams, live out our passions and do what makes us really happy. This marked the day we started to seriously pursue our Nomadic lifestyle and made it to our mission for people to realize that no matter how invincible they might feel, life can be over in an instant; so make sure to spend it wisely and with no regrets. Kim and I bought our VW bus the day we returned to the States and have lived in it ever since. 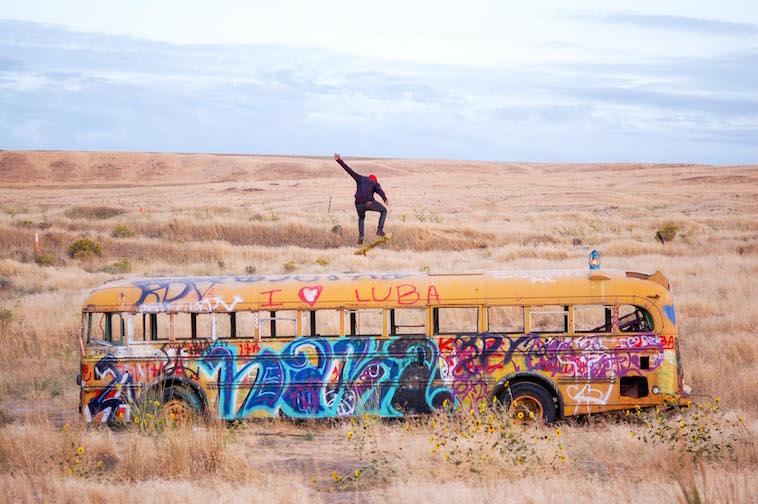 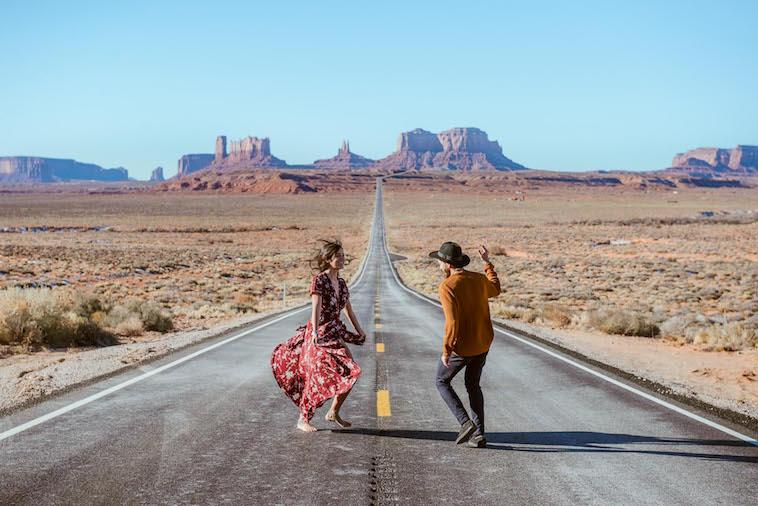 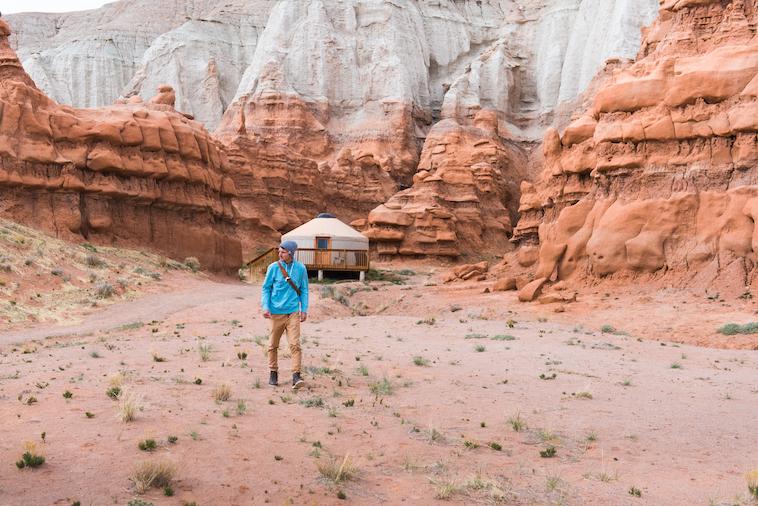 It is always extremely hard to pick one place since every place is special in its own way. But I think our most recent trip to Africa, was probably the most incredible adventure we ever went on.

There truly is nothing like waking up in a Safari Tent at 6am in the morning to a hot cup of coffee and going on a game drive during sunrise. I don’t even have words to describe the feeling of seeing herds of elephants passing the open top vehicle, lions basking in the sun and rhino babies strolling through the grass with their mamas. Another places would be Myanmar. This country is still pretty untouched and the locals are probably one of the nicest people we have ever had the pleasure of meeting. Bagan would probably be my favorite place in Myanmar.  Imagine renting a bicycle at the dawn of the day and driving out to a place with thousands upon thousands of ancient temples to watch the sunrise and hot air balloons floating in the distance. It was simply breathtaking.

Europe is in general just a beautiful place. Turkey and Santorini have been my two favorites this far.

With traveling all over the world, you must have a bucket-list! What are your top 3 bucket-list destinations or things to do while in a certain location…

India — I keep seeing pictures of this country and all I can say is wow. The culture, the architecture, and the colors are just out of this world.

South America — This whole continent is so appealing. From the jungles of Brazil and the salt flats of Bolivia to Machu Picchu in Peru and Torres del Paine in Patagonia.

Antarctica — The harsh landscape and the wildlife that is there is just so appealing. Not sure if I could bare the cold, but if it would give me a chance to see penguins in their natural habitat, I am all in.

Any advice for explorers wanting to take on life on the road?

Take the leap! If you are serious about packing up your life into a tiny rolling box, I say do it. It has been the best decision I have ever made. Though I do miss being able to come home to my own quiet space with a piping hot shower, waking up to new scenery and new adventures every single day tops this anytime. 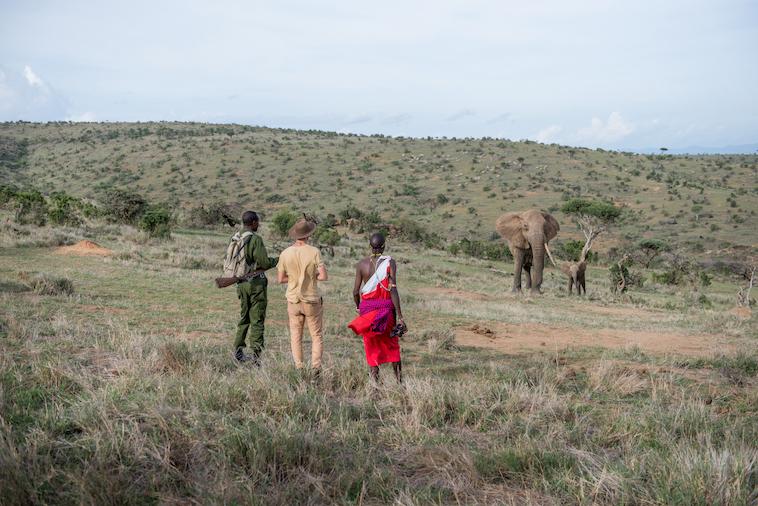 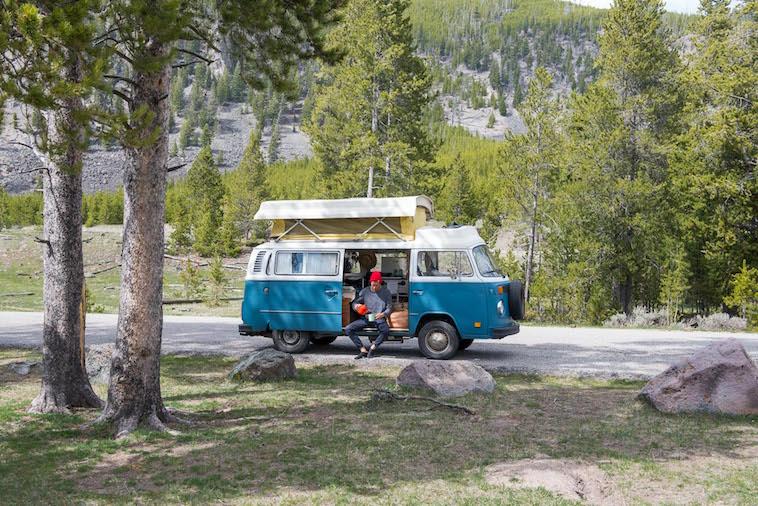 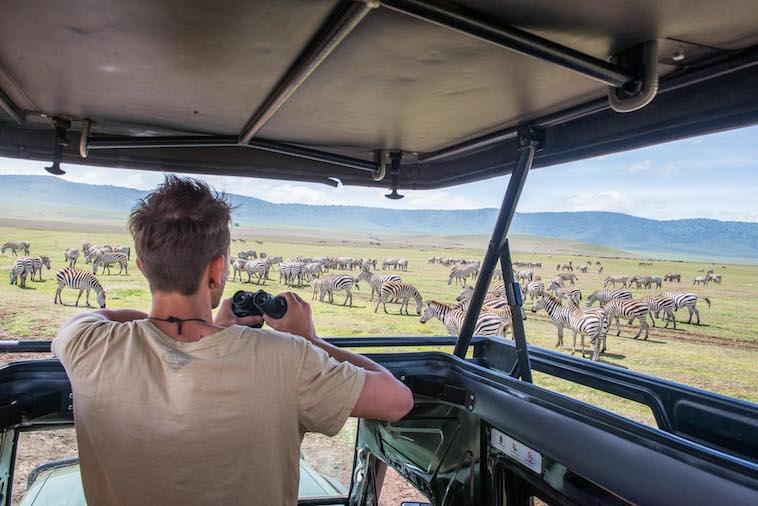 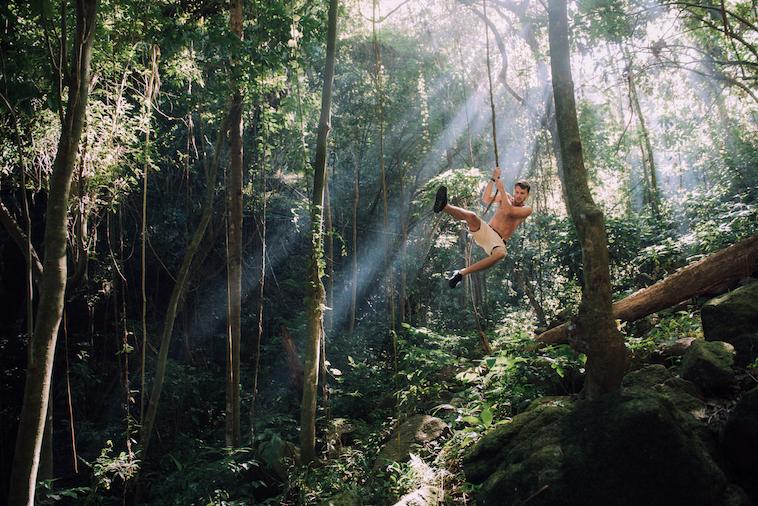 Photography by The Nomadic People

Get a First Look Into Ken Fulk's Newest Design Masterpiece

DIY: This Valentine's Day Card Alternative Is Perfect For Everyone In Your Life