In the sunny, kale-loving city of Los Angeles, République offers a stunning contrast for brunchgoers. This architectural gem, built by Charlie Chaplin and architect Roy Sheldon Prince in 1928, looks like a gothic castle in the middle of downtown L.A. And with French-slanted fare from a renowned chef and irresistible pastries by his co-owner wife, République should be put on your brunch bucket list right now. 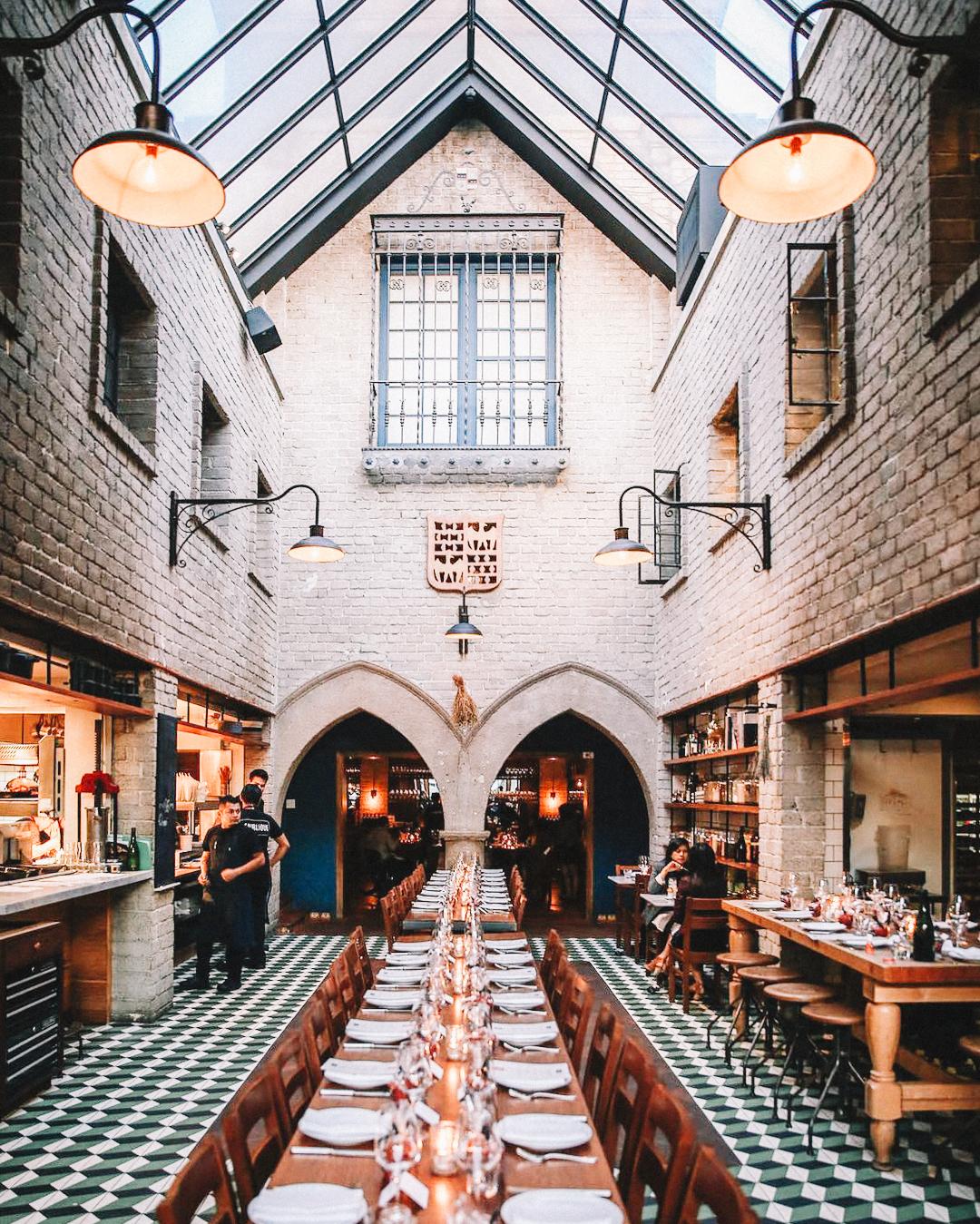 The 90-year-old building has been through many iterations in it's history, including everything from La Brea Bakery to a strip mall. When chef Walter Manzke and his wife, pastry chef and co-owner Margarita, took over the building in 2014, their goal was to embrace the original architectural elements. As a result, the striking space has an Old Hollywood feel, with Gothic stone and original brick and tile that set an elegant, moody vibe.

Book your next event at Republique → 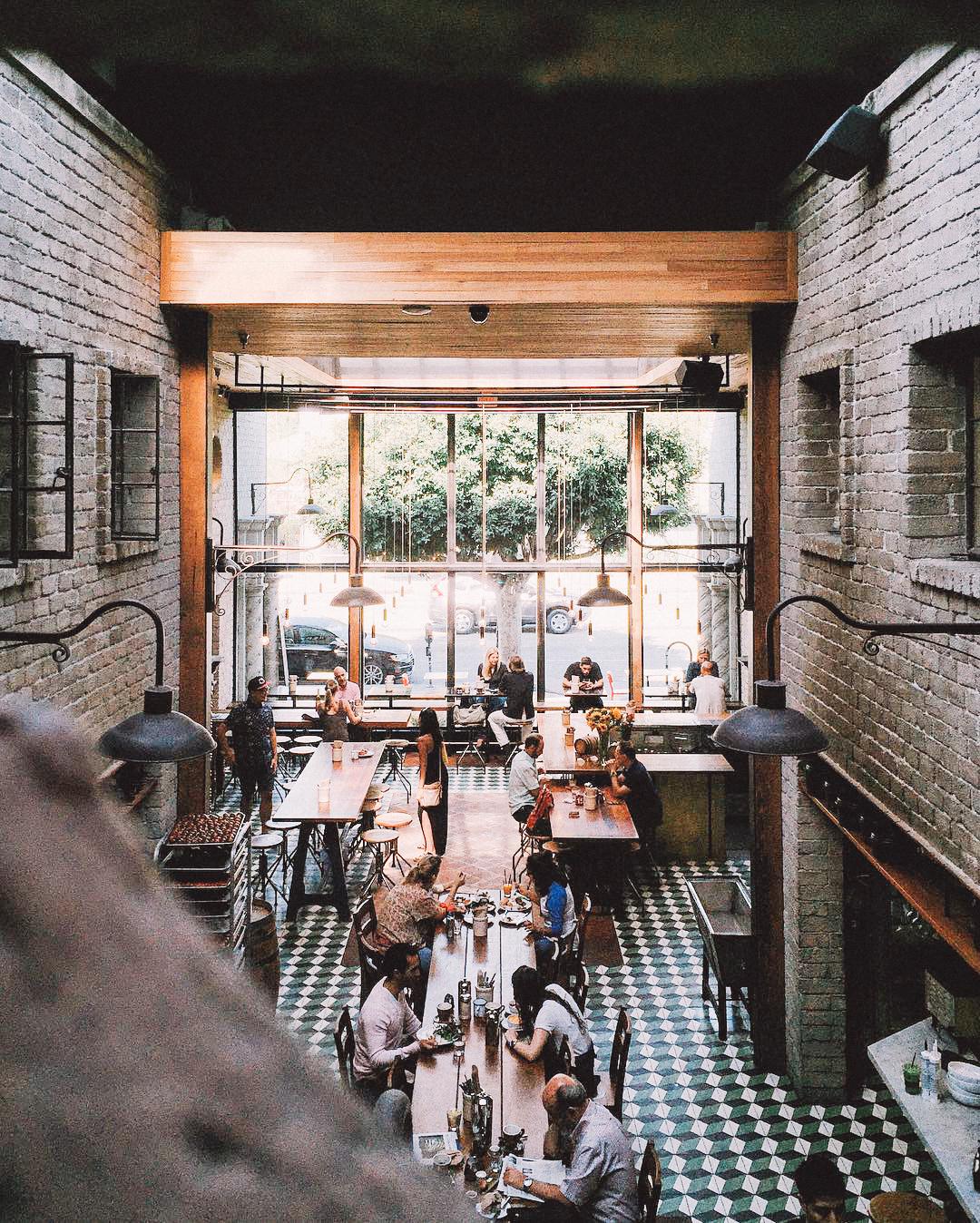 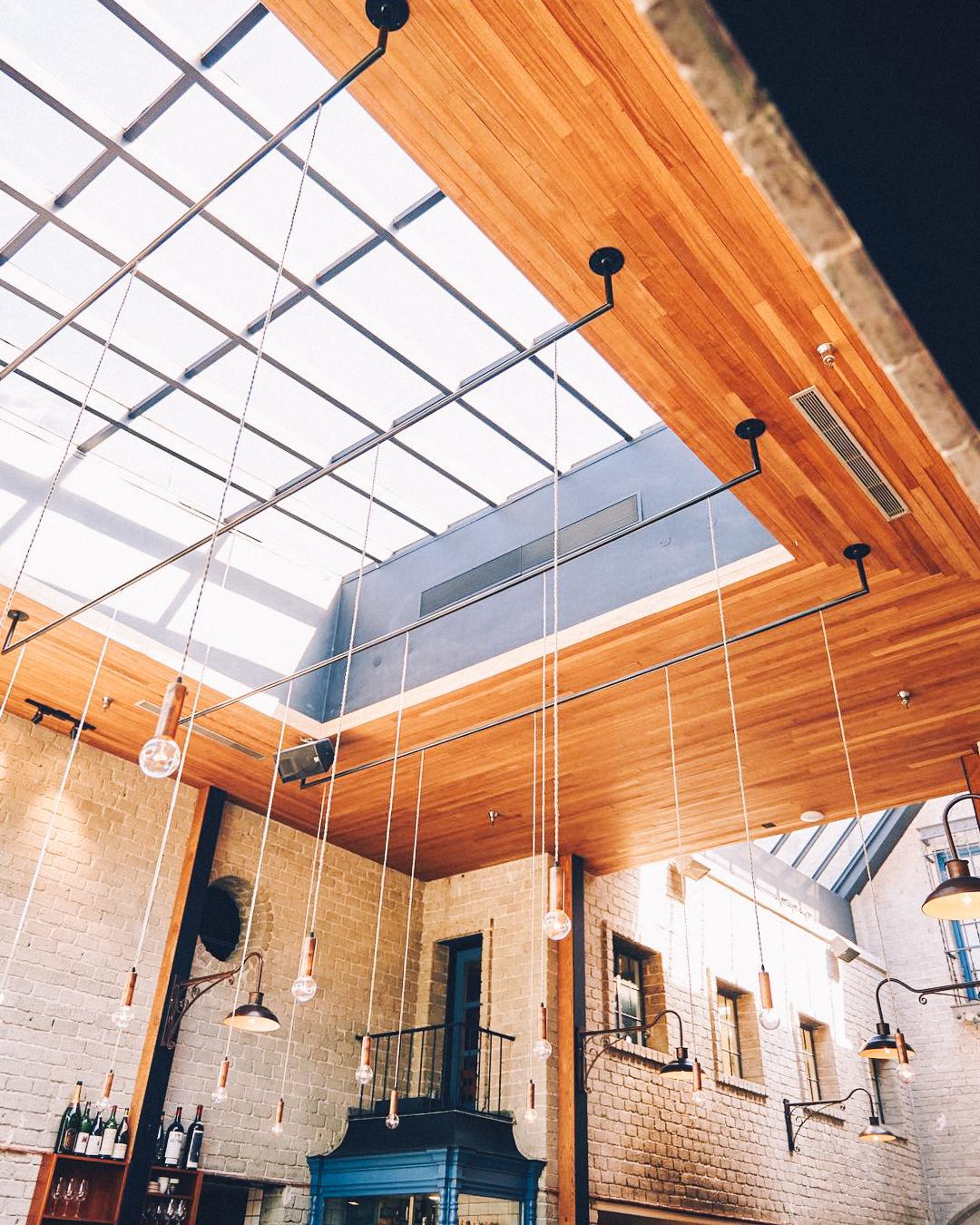 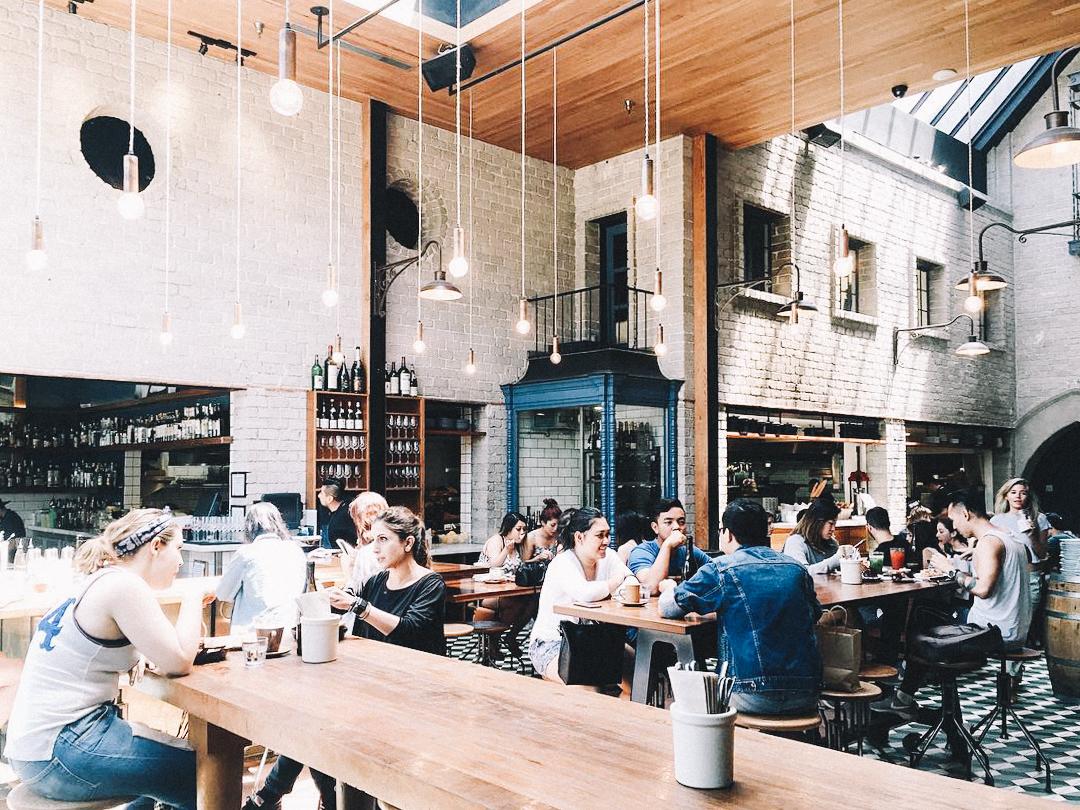 Chef Manzke’s spent his career in three different Michelin-star kitchens before opening République, and his menu is sophisticated and experimental yet approachable. Decadence is in full effect. Try the “Sticky Bomb,” a cream-filled brioche bomboloni with bourbon, bacon and Vermont maple syrup or go savory with the mushroom toast with soft-scrambled eggs and house-cured ham. And try to resist Margarita’s Nutella-filled croissants and homemade poptarts. Just because you’re not into the charcuterie plate of aged meats doesn’t mean you’ll be left out—the brunch menu also features farmers-market juices and smoothies. 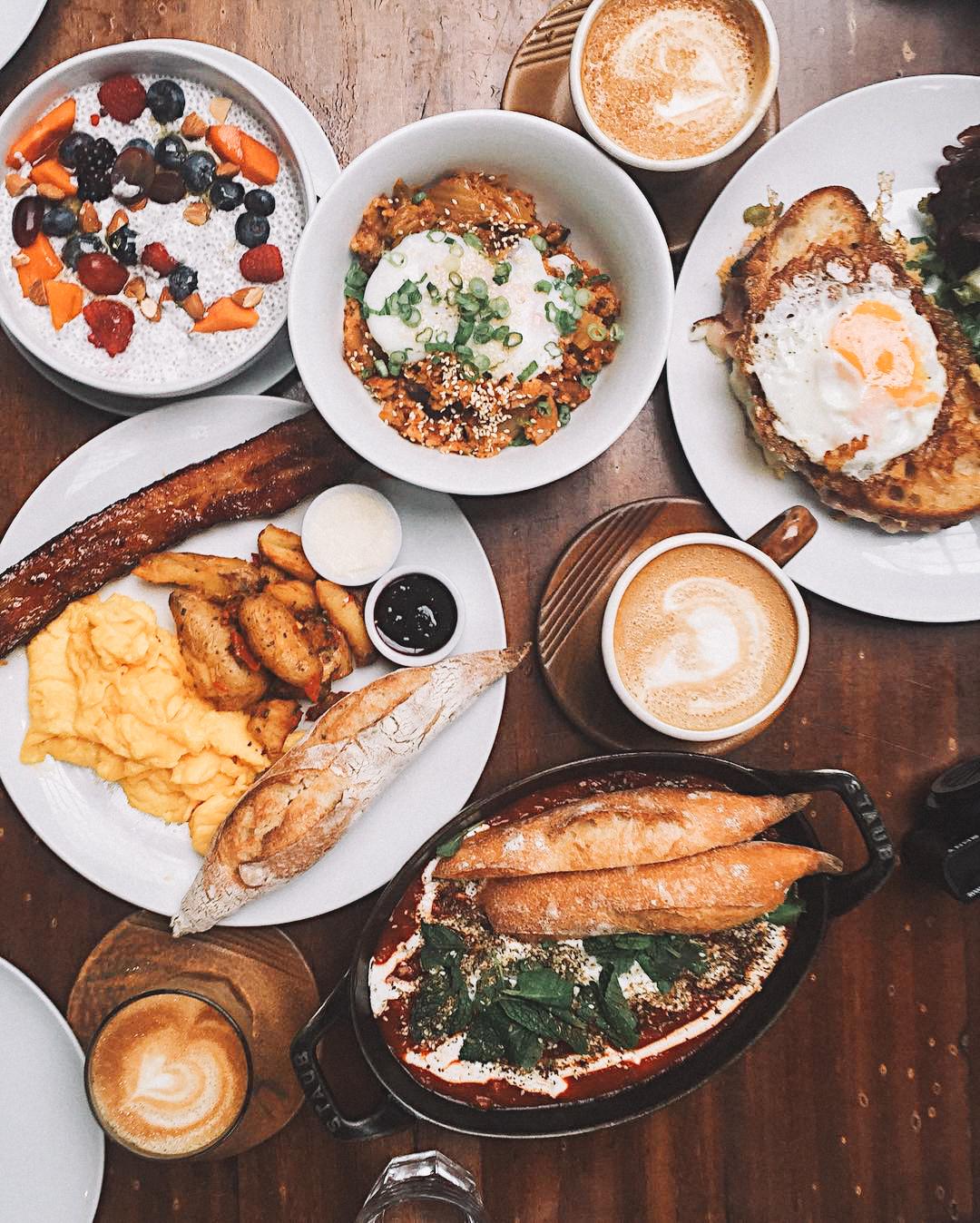 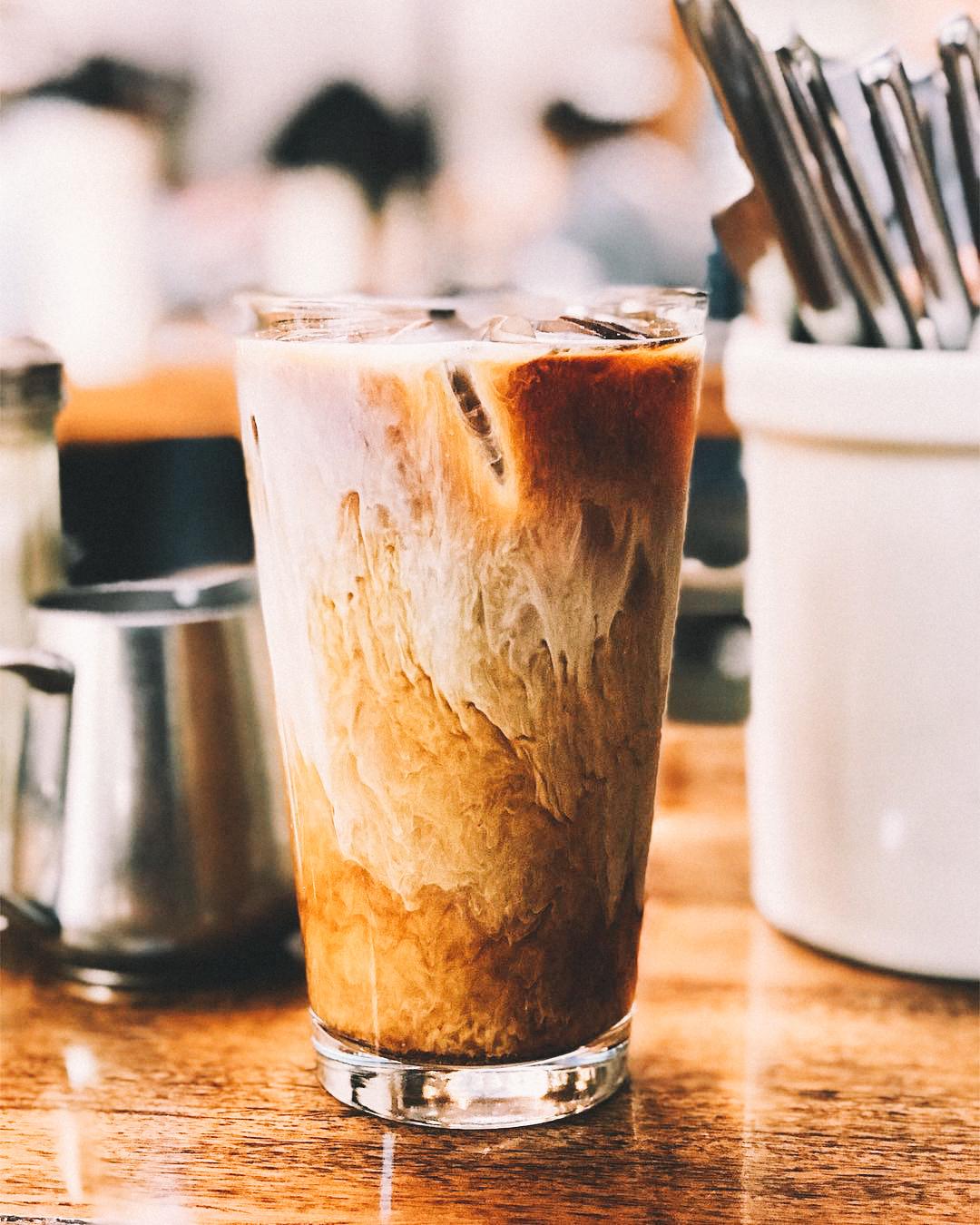 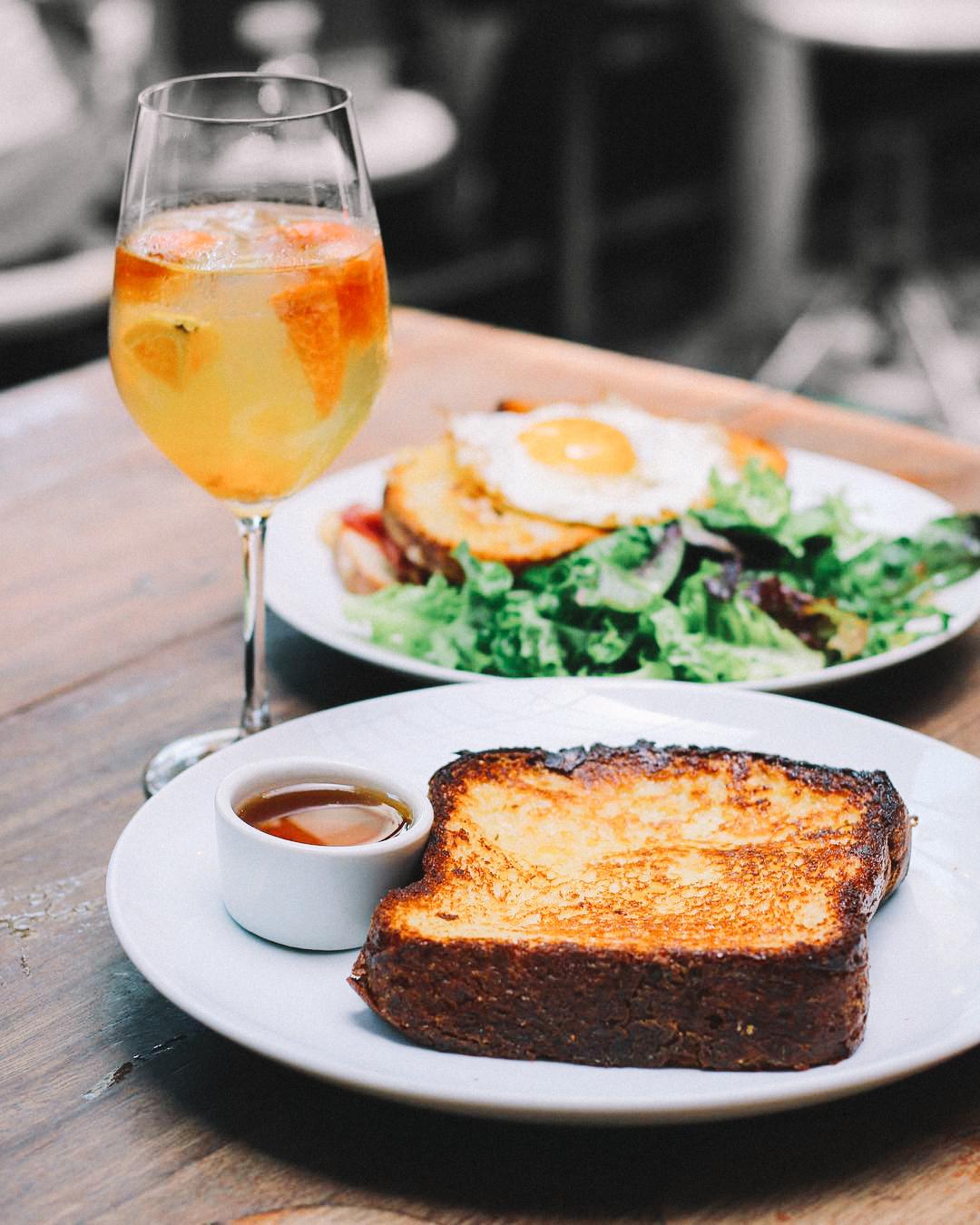 République is within walking distance of two popular L.A. attractions. The Los Angeles County Museum of Art—the largest art museum on the West coast—where you see Urban Lights, a collection of restored street lamps, among many other exhibits. The fascinating La Brea Tar Pits and Museum, displays the Ice Age fossils (like saber-toothed cats and mammoths) found in the urban tar pits right on Wilshire Boulevard. Happy brunching!

Book your next event at Republique →

Make Your Father's Day Memorable With This Free Downloadable Gift

The Room Forty Chefs Dish On The Secret Art of Making Pasta!