It started with transformative travel in 2017. Which, in so many words, includes travel motivated by a shift in perspective, self-reflection and development, and a deeper communion with nature and culture. But those seeking spiritual refuge need a place to live out this enlightenment in their day-to-day as well. A place to work, and mingle, and meet like-minded people in their own backyards as opposed to having to travel to far flung locales to get their fix of spiritual awareness. 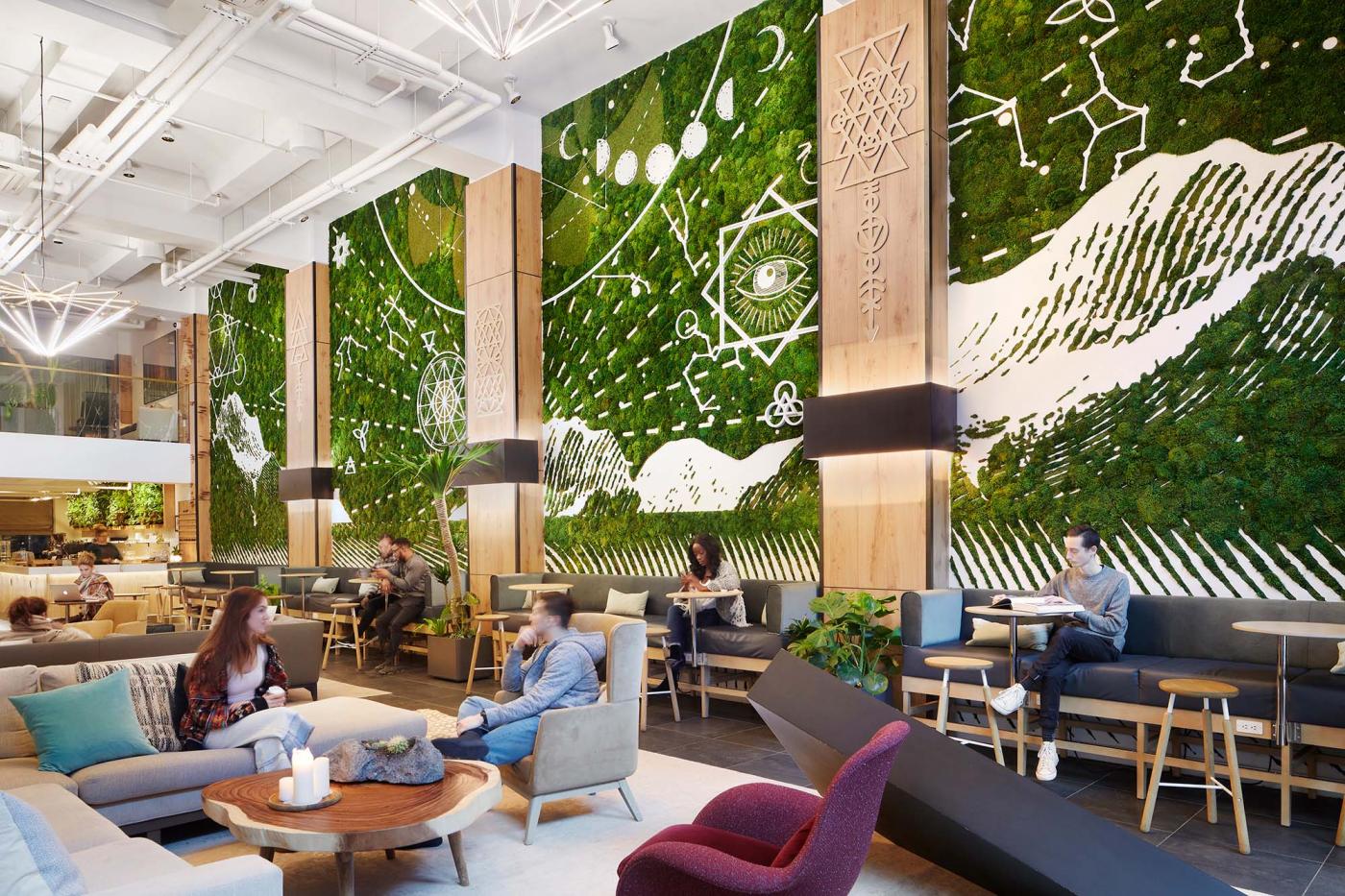 Leading the charge in transformative community culture in New York is The Assemblage, a recently-opened co-working space in NoMad that provides a coworking, coliving and social spaces for individuals seeking transformation and interconnection. “The Assemblage is a place where people can work based on the notion that all living things are connected as one. It’s an existence that enables individuality, but also collective connection,” explains Founder Rodrigo Niño, CEO of Prodigy Network, an accomplished real estate developer and economist originally from Colombia who is responsible for crowdfunding The Assemblage.

A little background, at age 41, Niño was diagnosed with stage 3 Metastatic Melanoma. After two surgeries, his odds of survival were about one in three. Upon learning that traditional medicine could not do much for him and experiencing “end-of-life distress” often associated with a fatal medical diagnosis, he traveled to Peru to partake in an Ayahuasca ceremony. It was during this ceremony that he first had a vision to create what would later come to be known as The Assemblage and lead him to be cancer free. 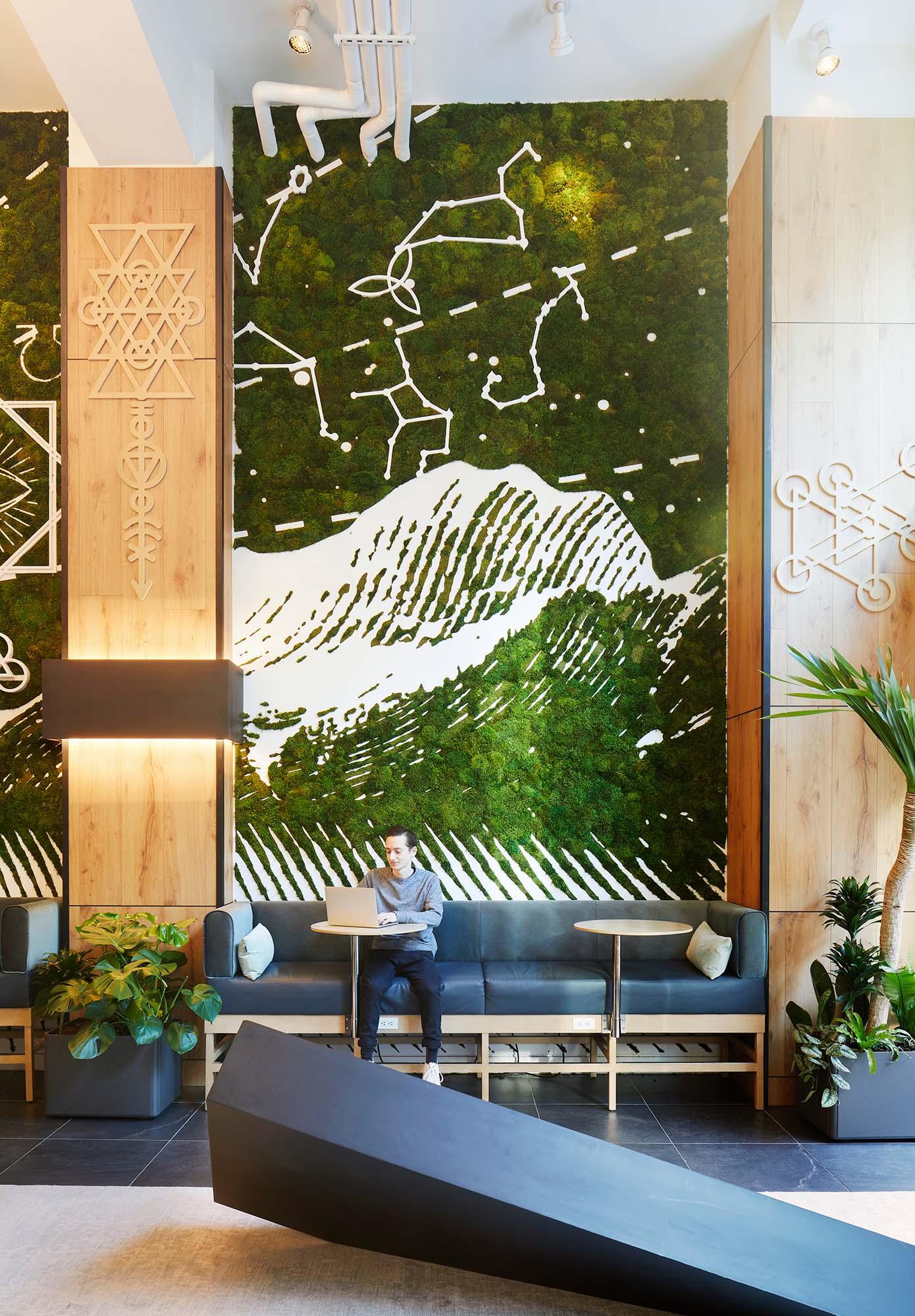 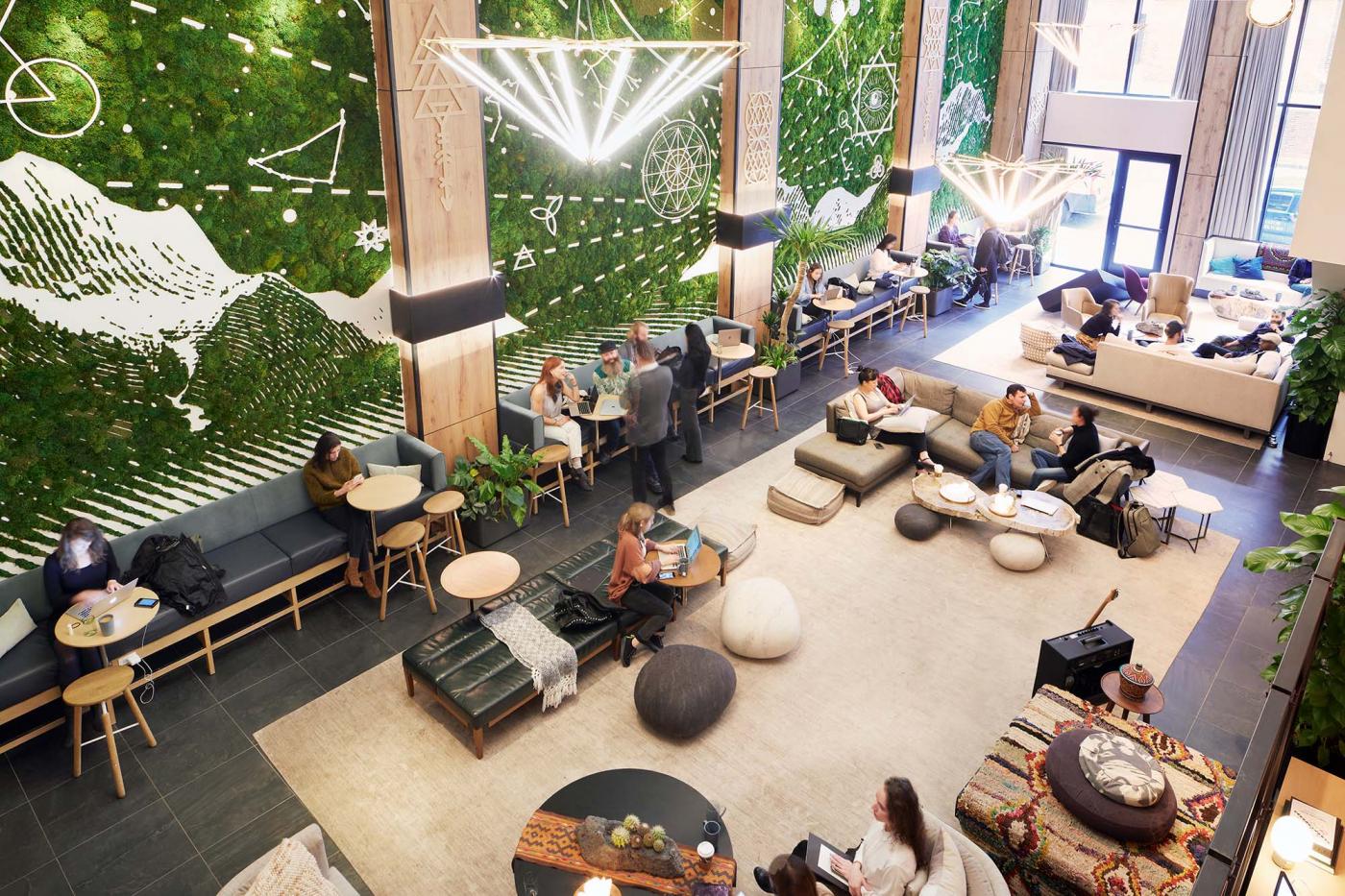 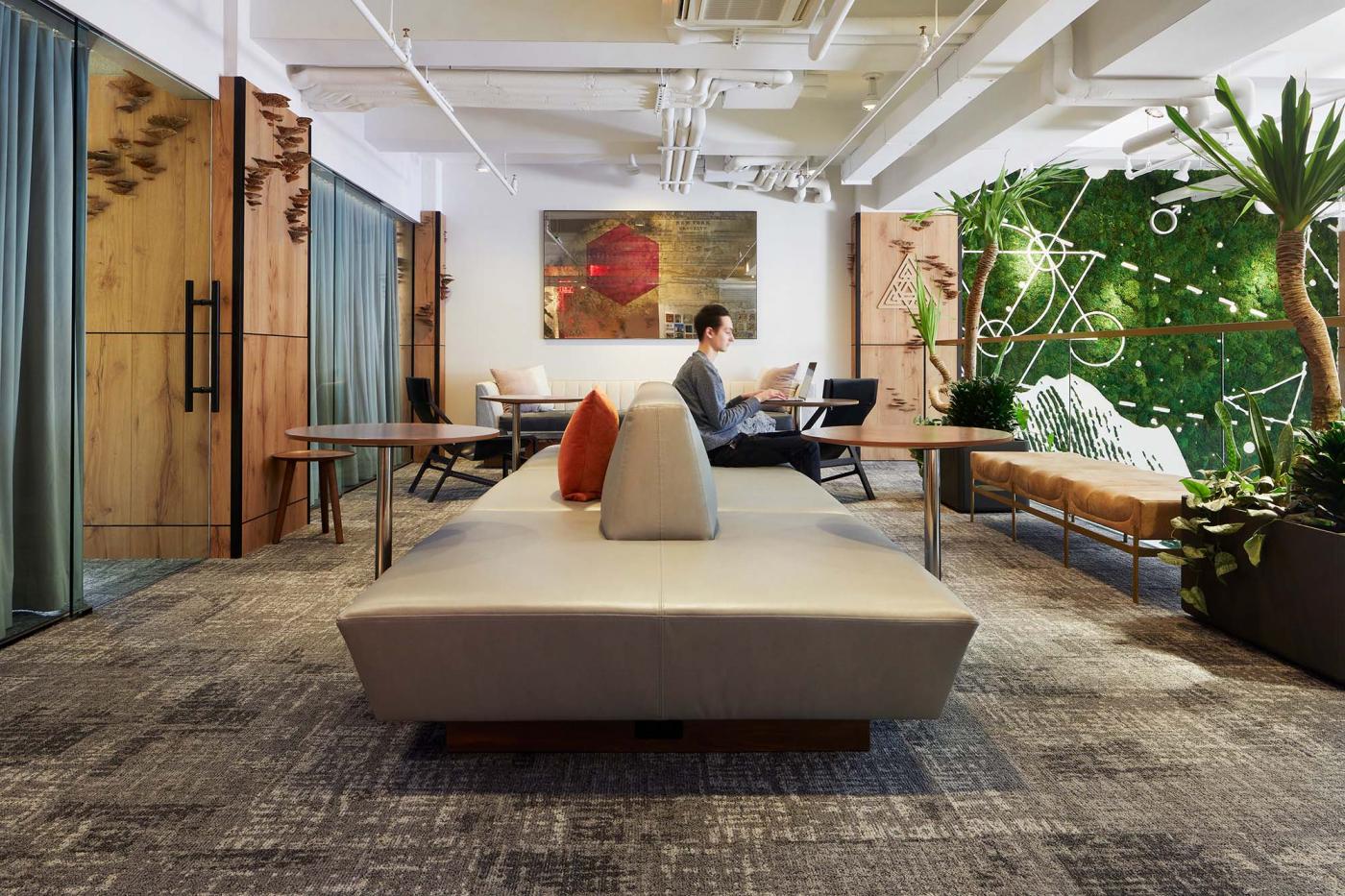 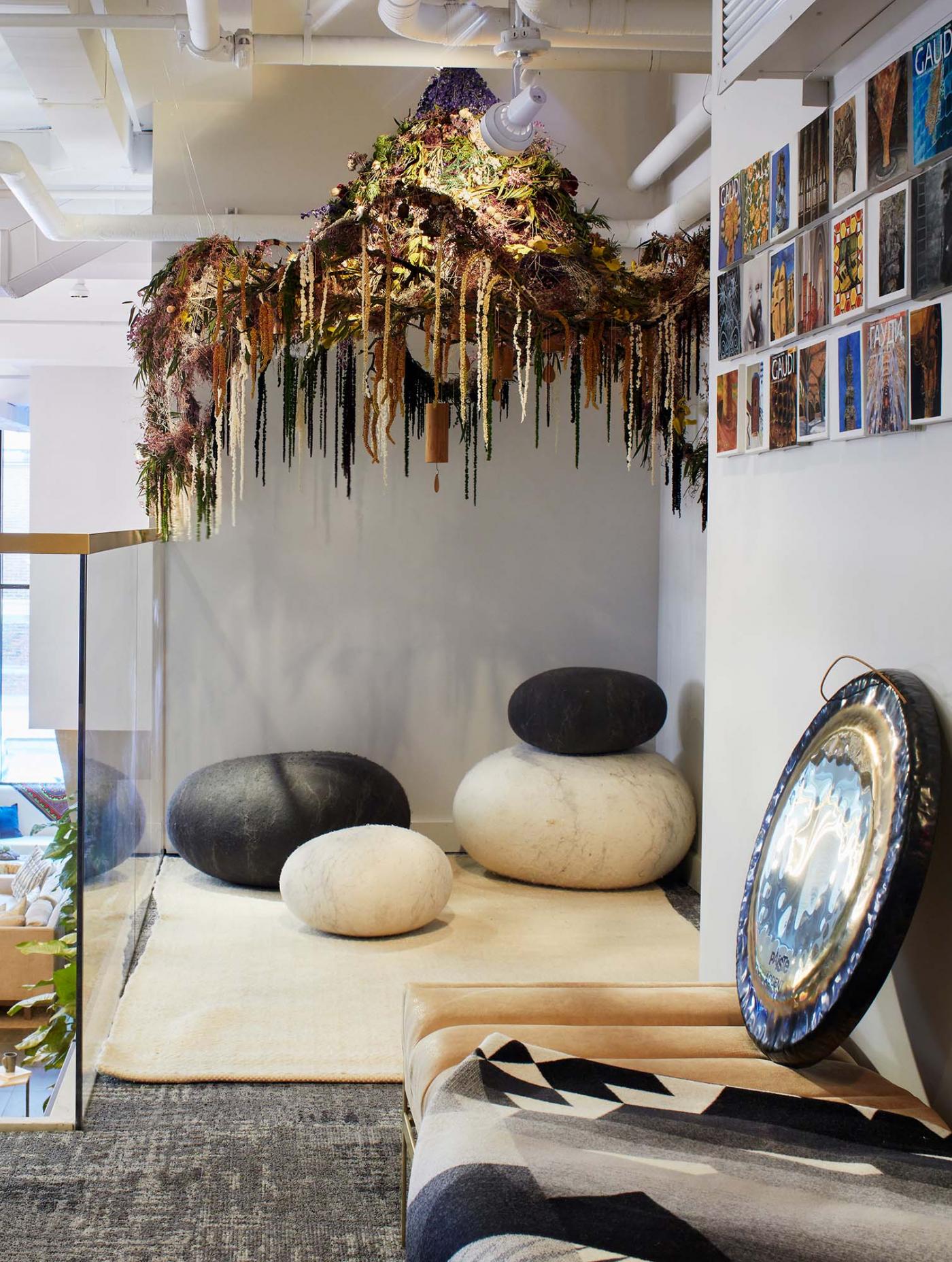 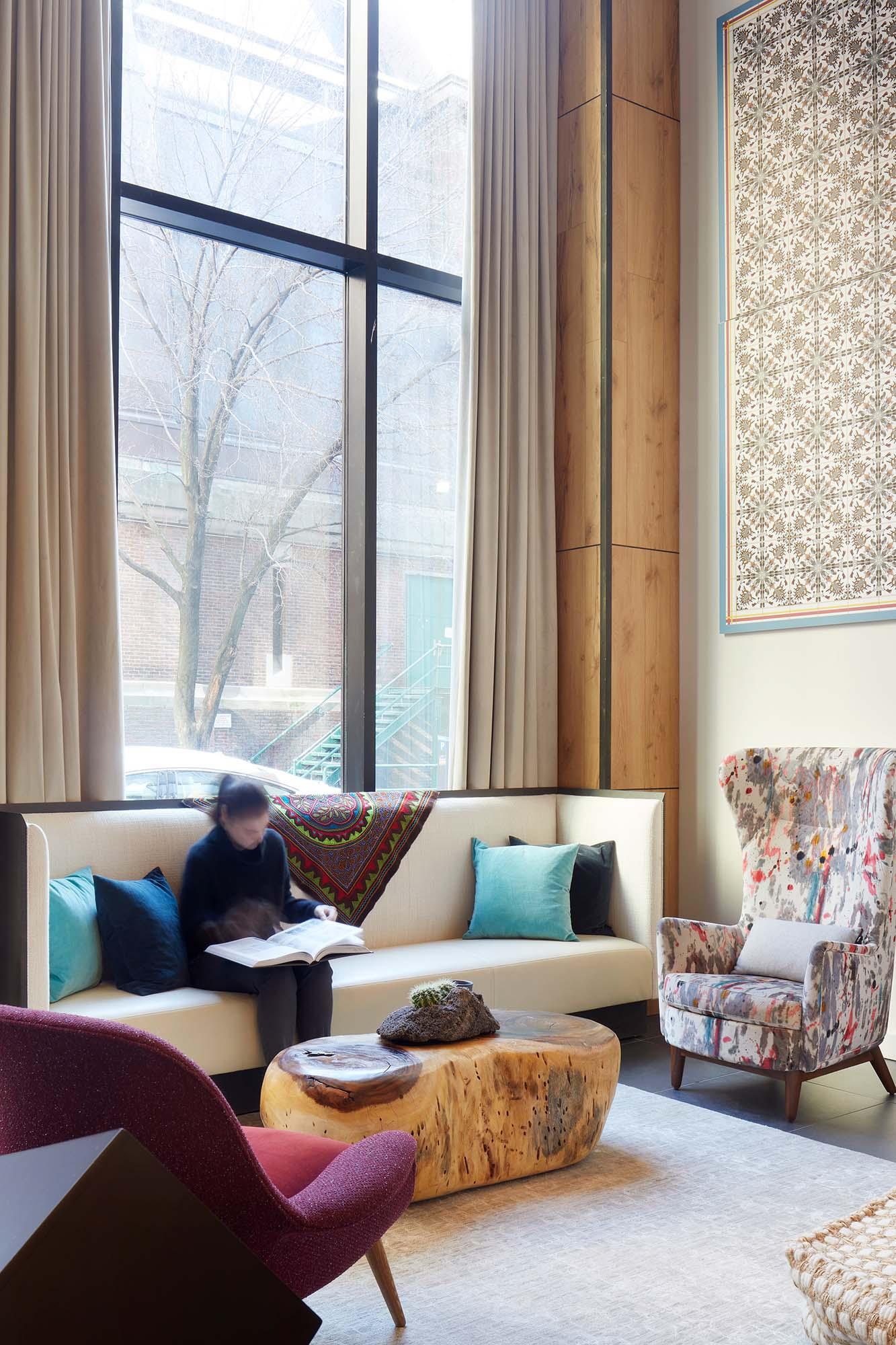 So how exactly does that play out? Recently I found myself in a 3:00 p.m. meditation class at The Assemblage admiring an ancient gong and stylish pillows that look plucked straight from a Marrakech souk. This shift towards wellness and enlightenment is the basis of all of the co-working space’s programming, with yoga, meditation and ayurveda dining available (depending on membership tier). Evening talks, which are available to all members, offer a spectrum of topics aimed to help foster intellectual growth, from hypnosis and the rise of the female driven economy to the art of empathetic conversation and even discussions focused on blockchains. 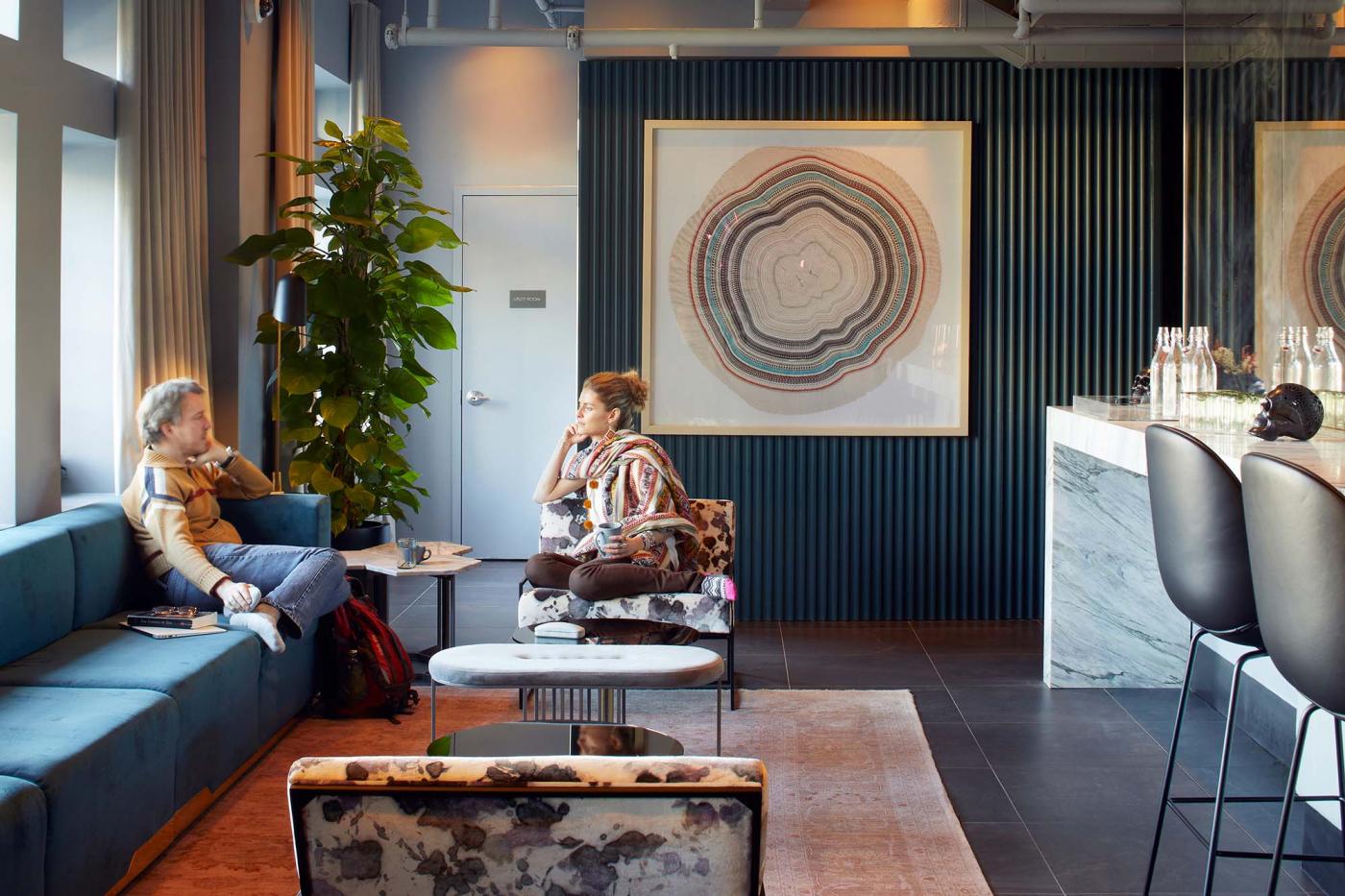 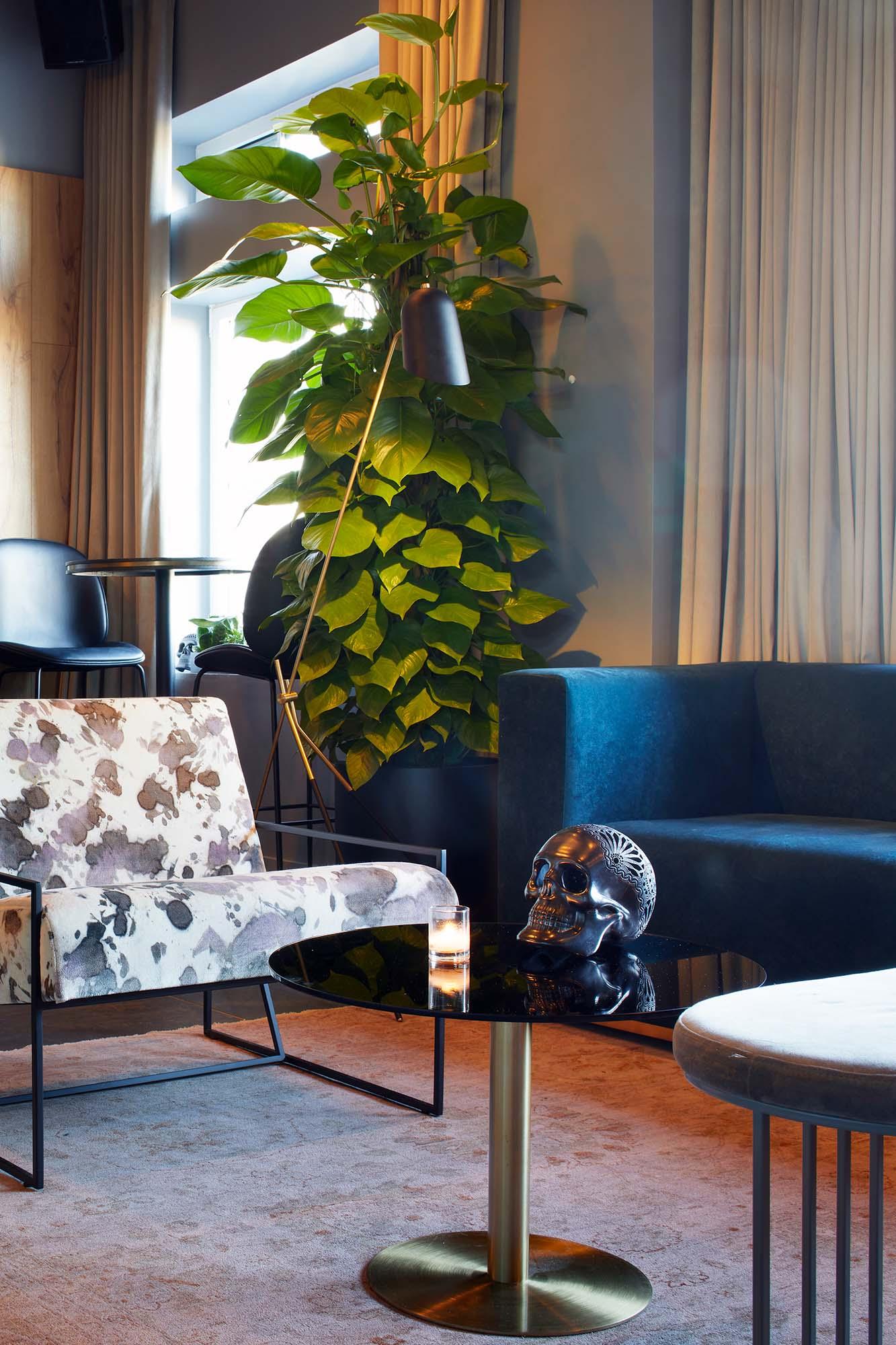 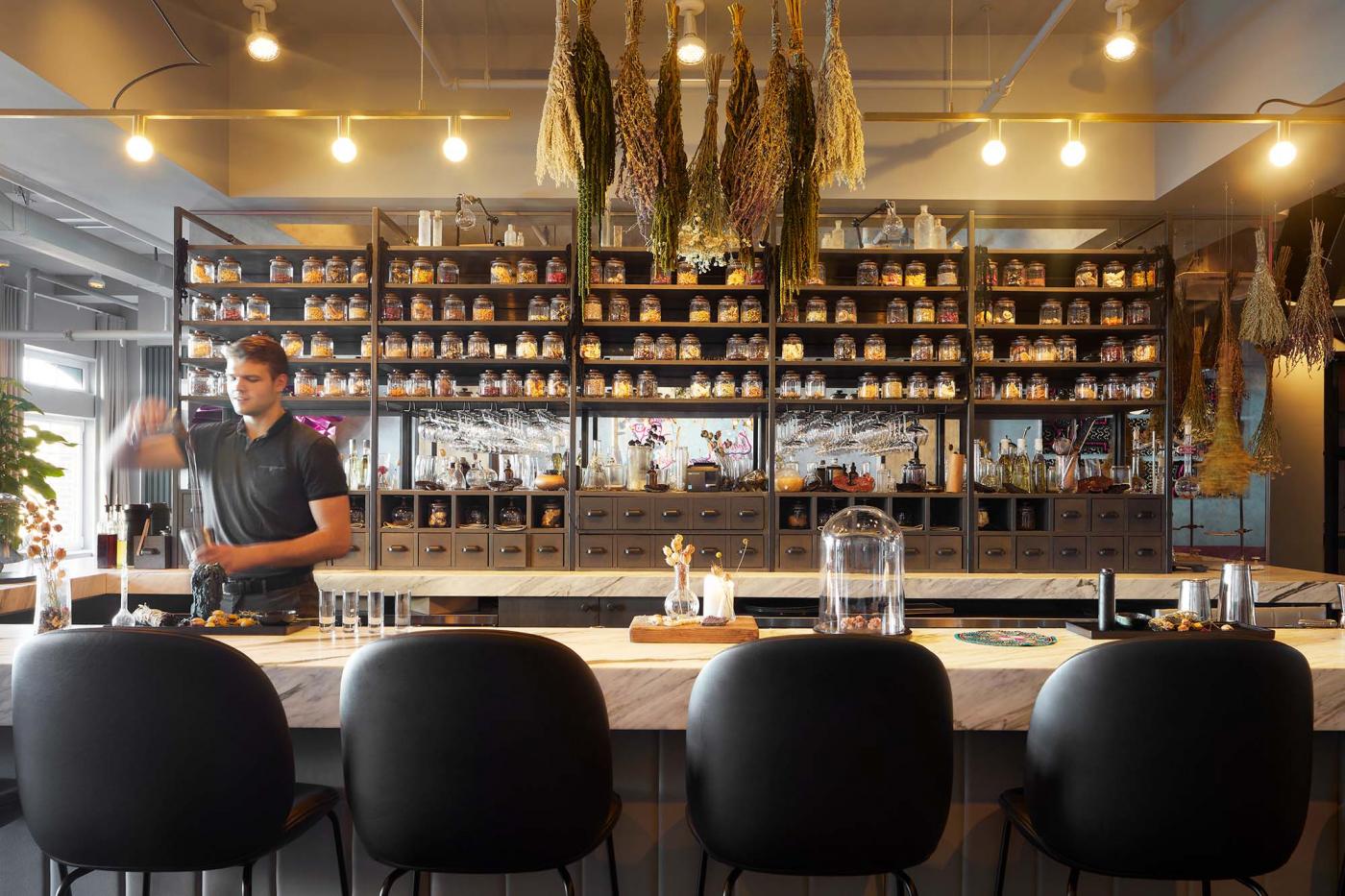 What’s more, in order to foster ‘intentional connection’ you won’t find any alcohol at this 48,000 square foot space. However, you will find a bar located on the twelfth floor, which includes a menu of plant-based drinks said to help you achieve your desired mood. During my time at The Elixir Bar I tried the ‘balance’ made from matcha, spirulina, maca, desert ginseng, coconut powder, mint and grass fed ghee, which promised to promote memory, positivity and brain blood flow. So was it transformative? What I can say is that I sure felt a lot better after sipping down a ‘balance’ than I would have an adult beverage. Plus, I got way more questions about where I was after posting my photo of the beautiful green mocktail than I ever have from posting a vodka soda. You heard it here first: spiritual consciousness is the coolest new way to get your buzz on. 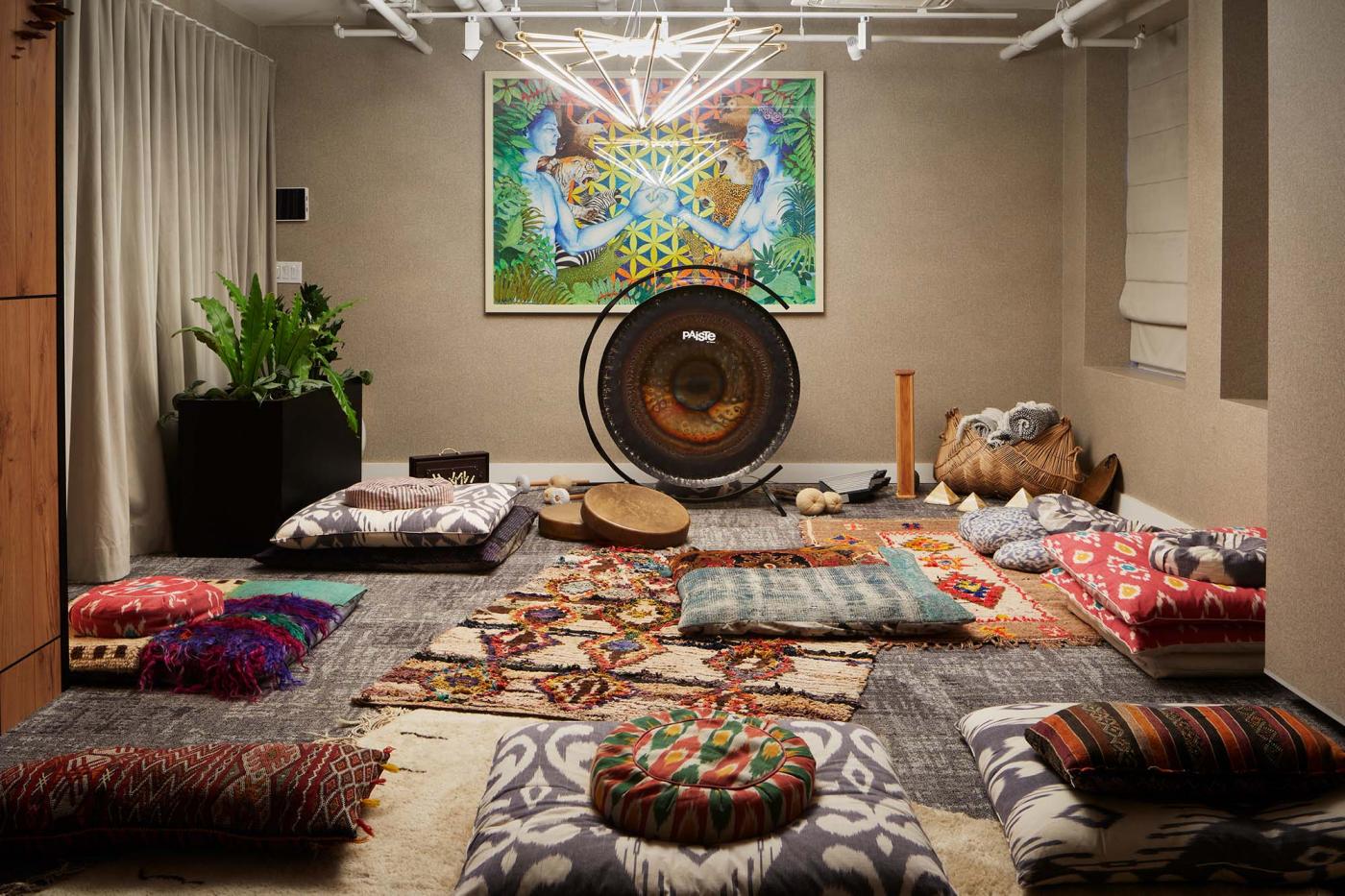 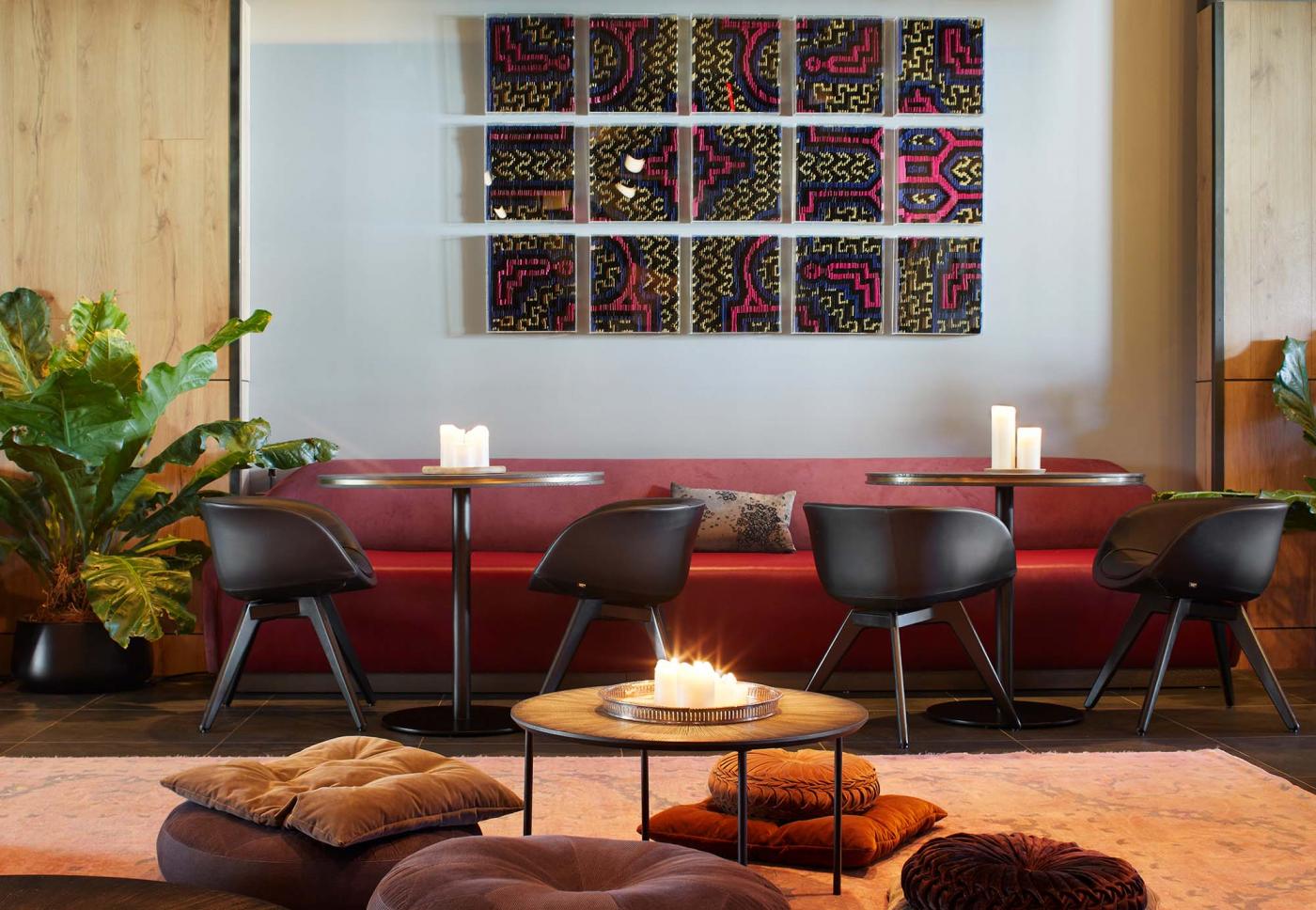 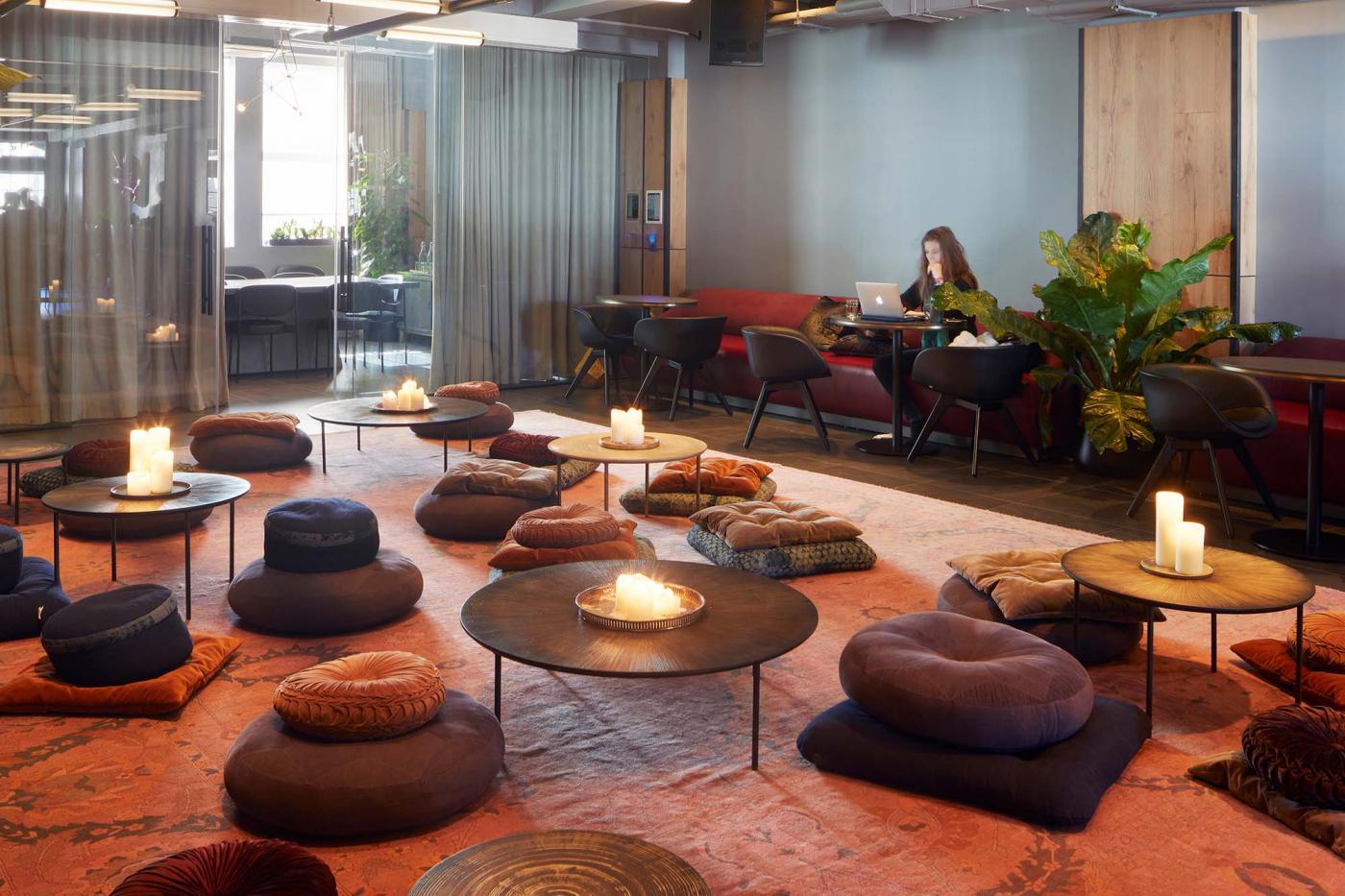 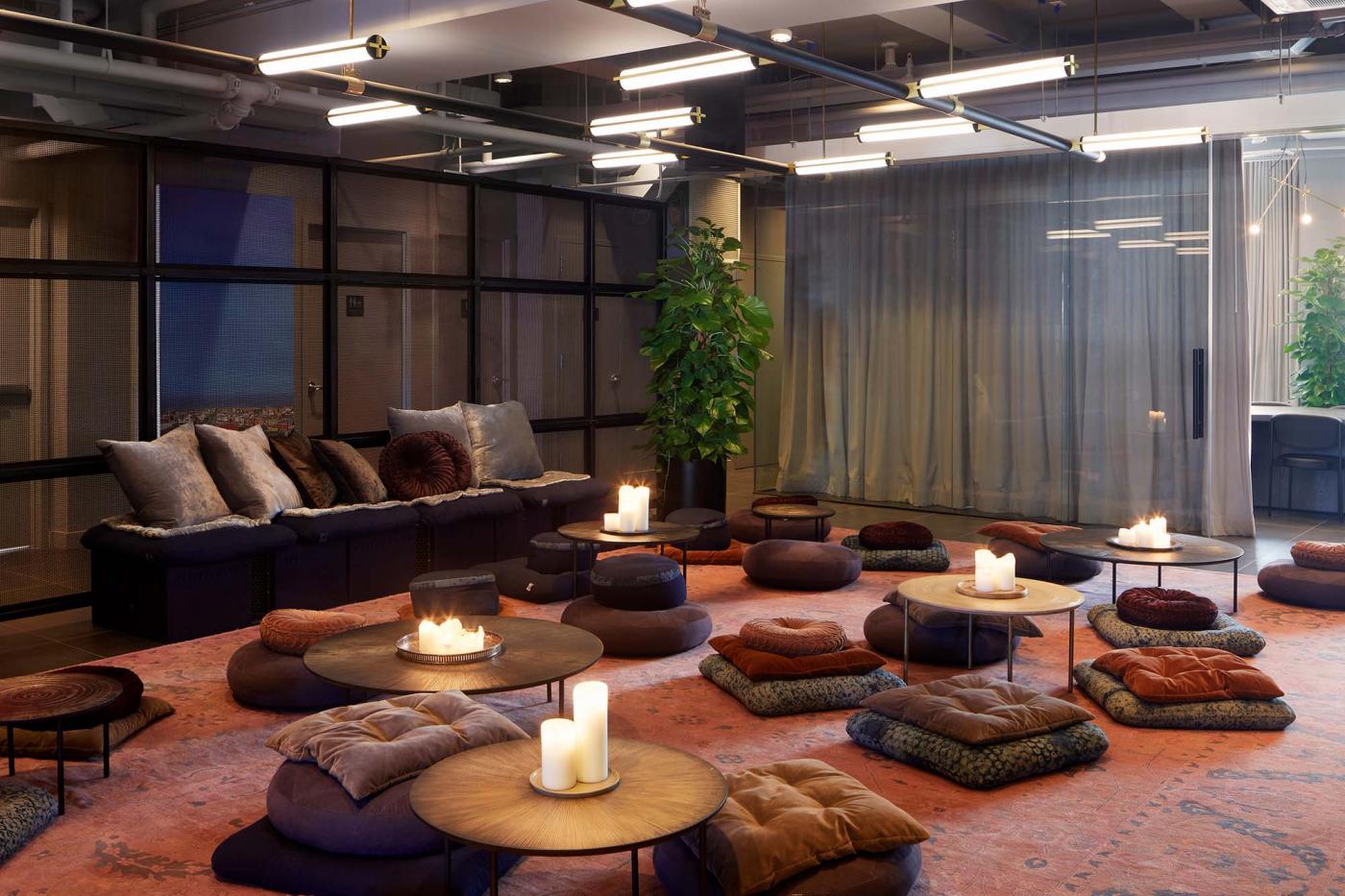 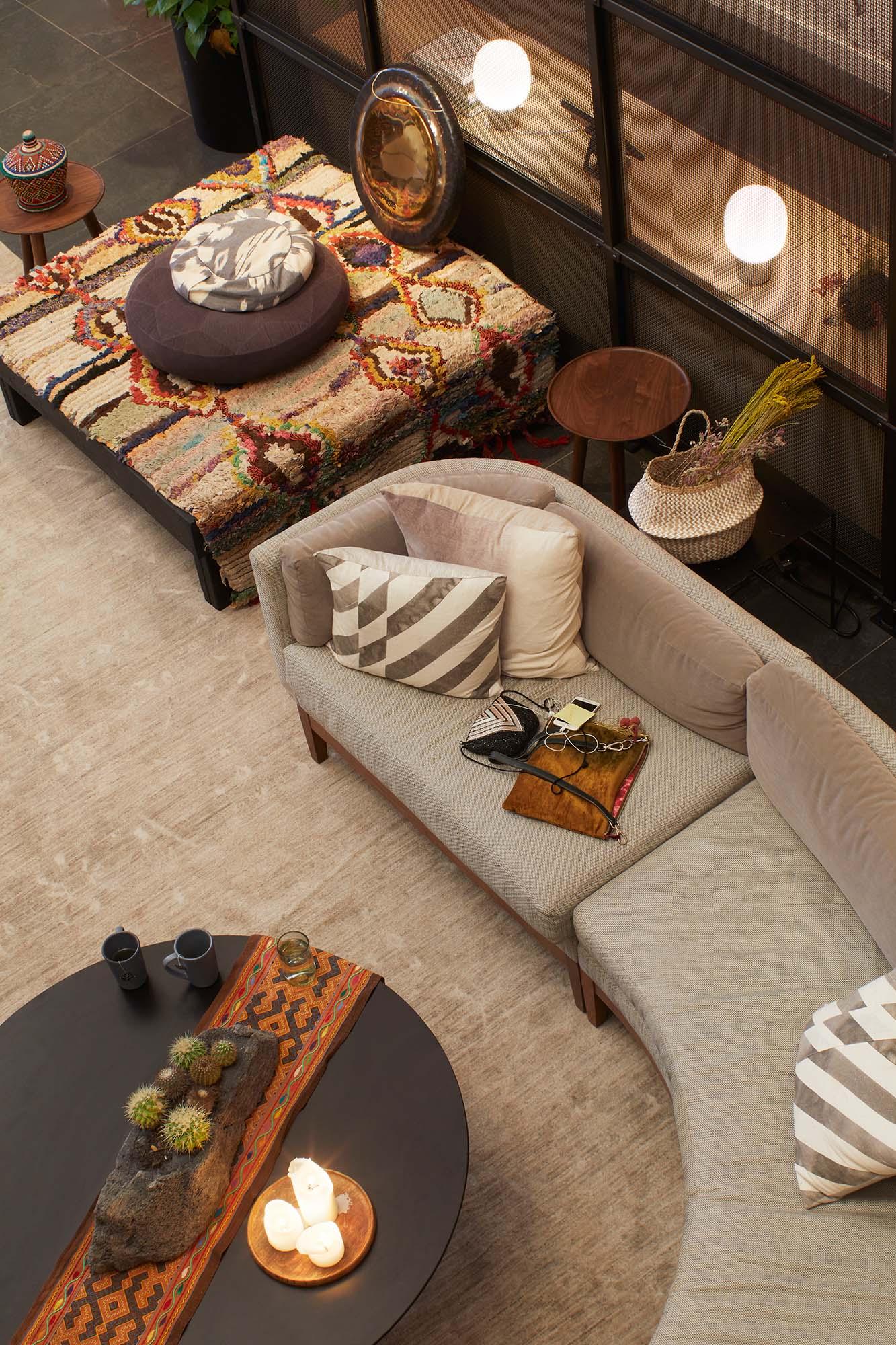