We've had our little gathering-locale-loving eyes a-spy on the beautiful Butcher's Daughter for a few years now, coveting the impossibly chic and sunny decor in it's East Coast eateries and heartily devouring the fresh, healthy fare. So when a little birdie told us The Butcher's Daughter was coming to the West Coast (and Venice Beach, no less) we knew we had to get the inside scoop (and squeal with delight).

Lucky for us, said little birdie happened to come in the form of fabulous Venue Report friend, Correspondent, magnificent interior designer, stylist & owner of the freaking cutest Tiny Canal Cottage (talk about high style in a small space!),  Whitney Leigh Morris. If you're not following her on Instagram @whitneyleighmorris you're just silly. She and The Butcher's Daughter owner Heather Tierney, happen to be long-time collaborators, friends and new Venice neighbors. The two had planned a fun field trip up the coast to Ojai - so Whitney kindly offered to play Venue Reporter and interview Heather during the ride. Let's just say, having these two fabulous creatives in one car must have made for a seriously rad road trip!

If you are looking to get inspired by women, these two will surely fill you up. 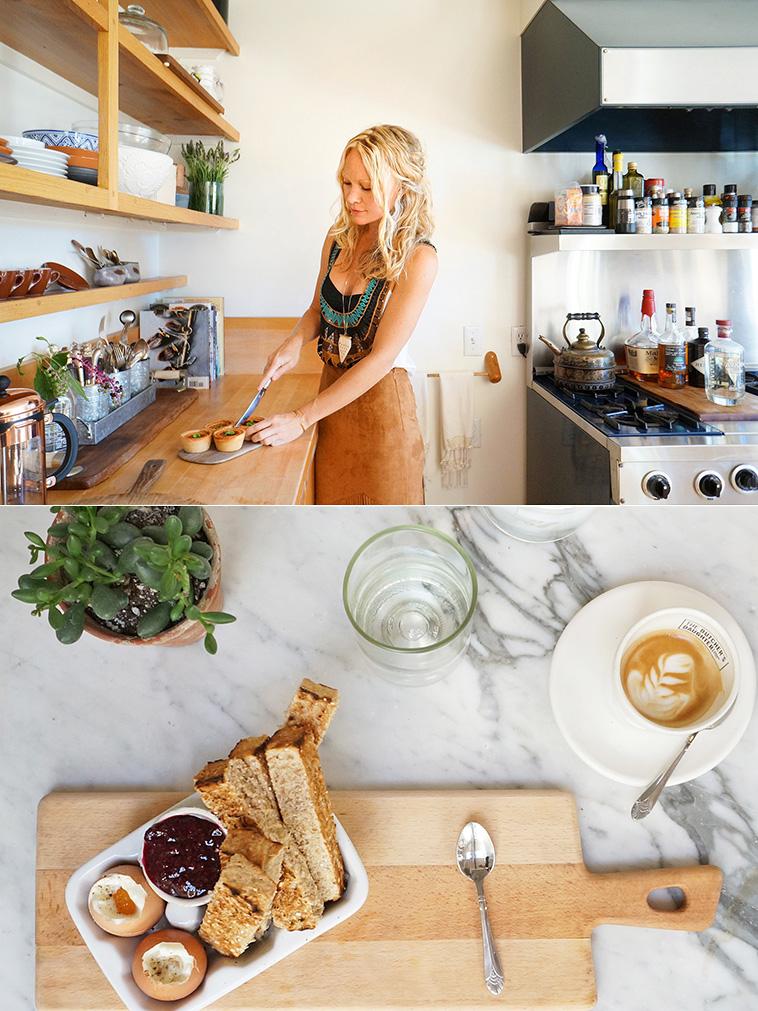 Why did you decide to bring The Butcher’s Daughter to the west coast and how did you find this particular location?

I decided to bring BD to the west coast because I was already living out here. I decided to move to Venice from NYC about 2 years ago. I absolutely love California and have been wanting to move here for a long time. I also knew that once I got here, Venice would be an ideal location for expansion. The brand is actually more West Coast than East Coast. The Butcher’s Daughter exudes the California lifestyle! 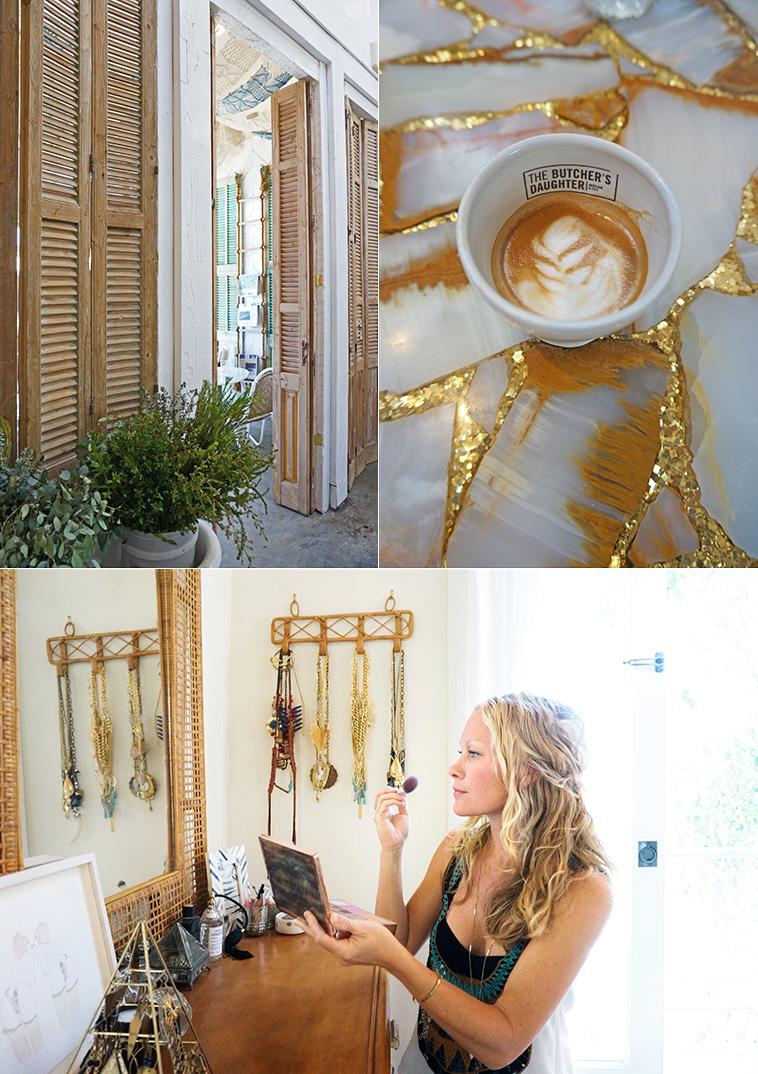 What is it about Venice/California that inspired you to open a business there?

First and foremost the weather! I love the idea of having a restaurant that can be indoor/outdoor - with the ocean breeze flowing year round! I also think Venice and California in general is very health focused and it’s integrated into the everyday lifestyle. 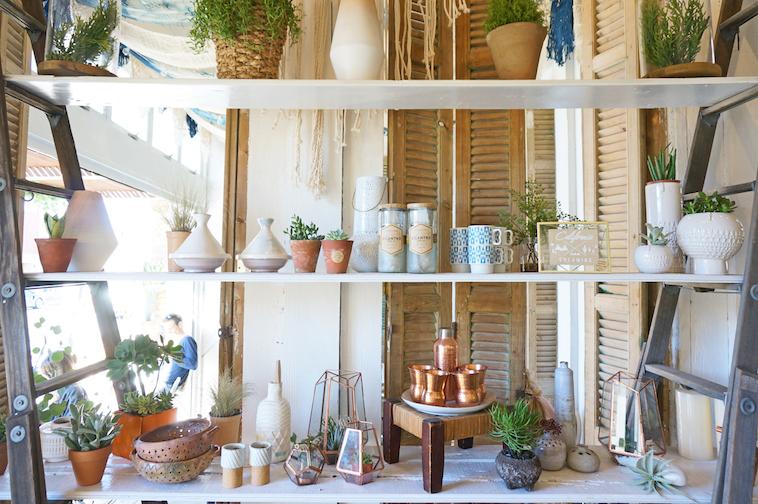 Who is the team behind The Butcher’s Daughter?

The Butcher’s Daughter is made up of the following team: 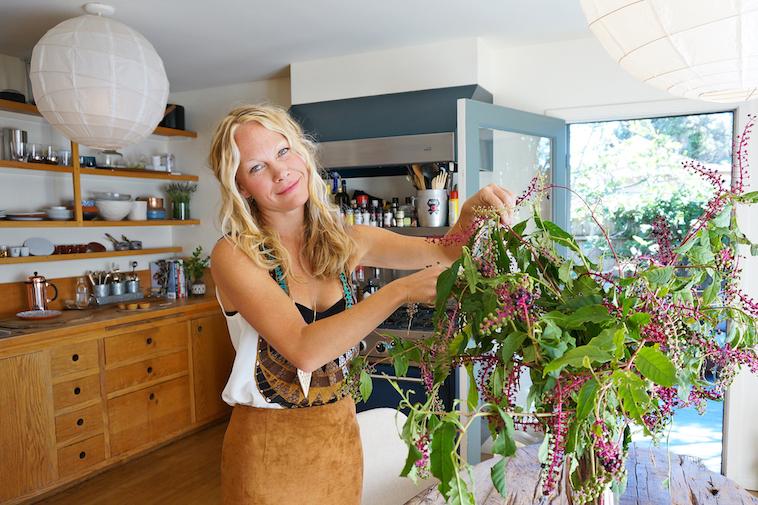 Please tell us a bit about the story behind how The Butcher’s Daughter was started.

I started The Butcher’s Daughter in New York, around the corner of where I used to live (I used to have this fantastic loft on Bowery). I wanted to open a juice bar within a couple of blocks of where I lived because there wasn’t one. I guess is started as a pet project that grew into a huge business! I knew I wanted to design it like a butcher shop (except with vegetables instead of meat hanging from the meat hooks). Basically when you juice fruits and vegetables, you butcher them. 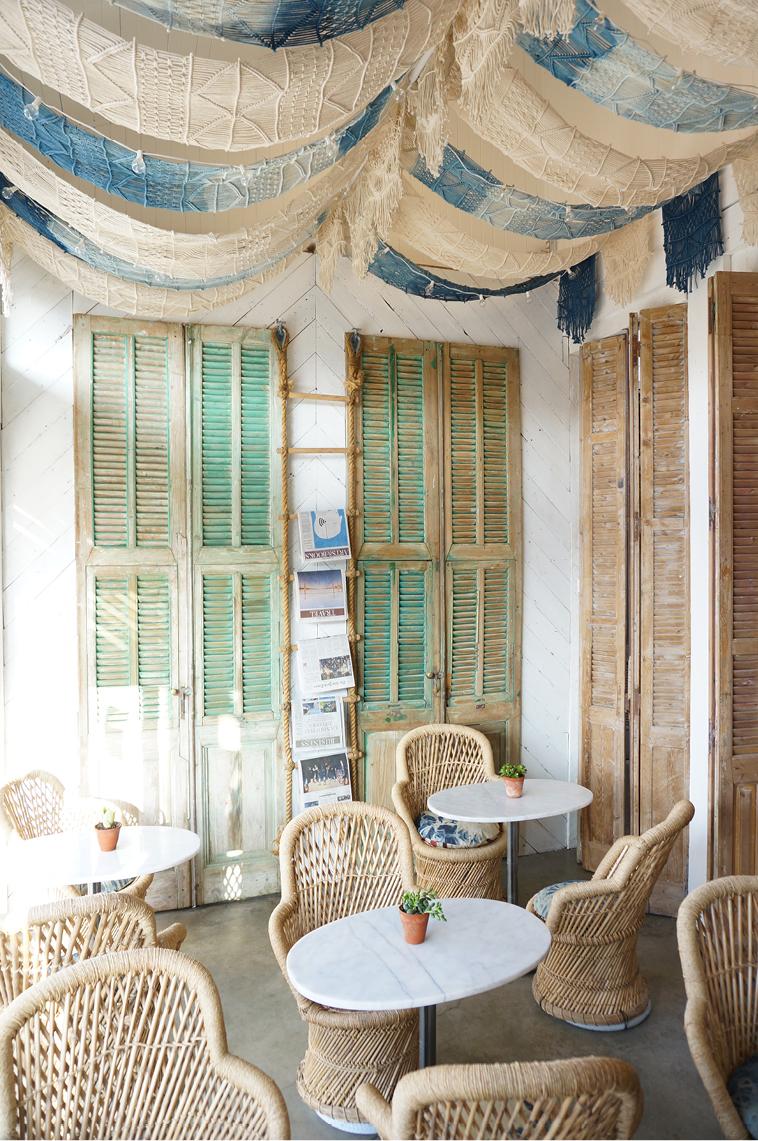 We LOVE the name! How did you come up with it?

I came up with the idea of calling it The Butcher’s Daughter because I created a story in my head…that if there was an old butcher today, his daughter would probably be a vegetarian - you know because she grew up around all this meat and she’s bored of it.  She’s really excited about vegetables! 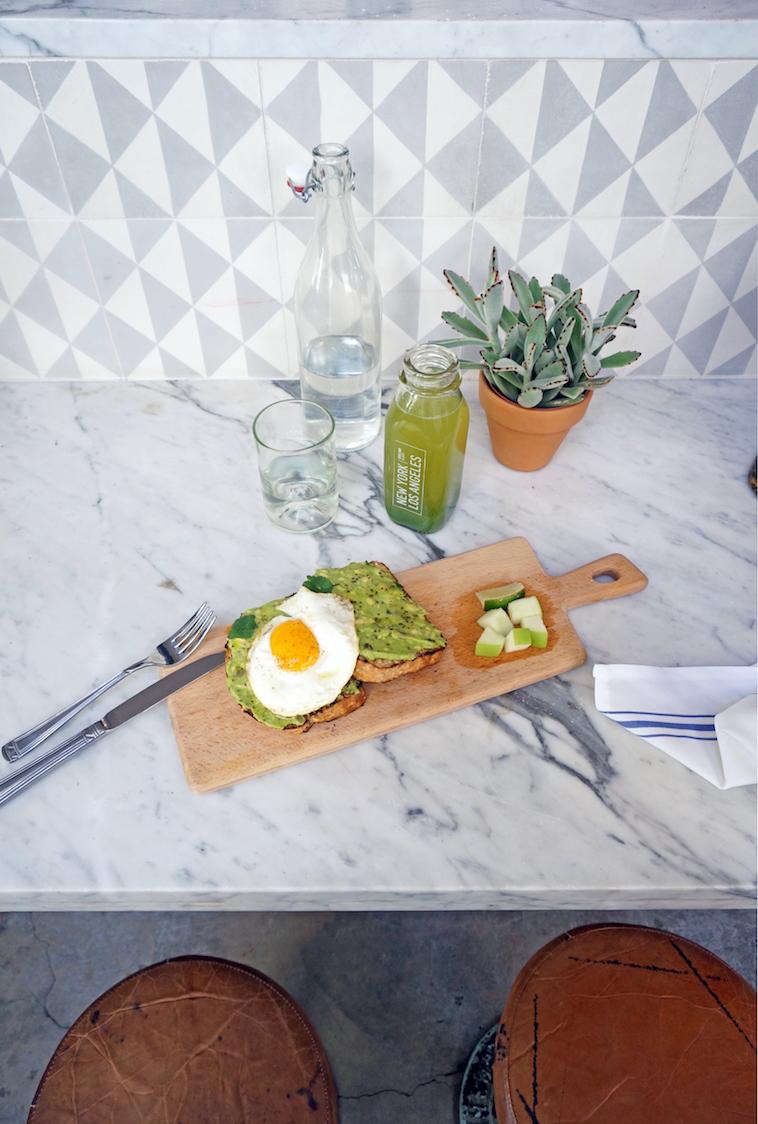 Tell us a little bit about the design choices you made.

The design theme of BD is a feminine take on a masculine concept. The butcher shop, in theory is very old-world masculine - with lots of iron and steel and cool, hard surfaces. When you take the dial and turn it toward a softer feminine side, you add materials like raw wood, white brick and tons of greenery and succulents, it becomes more interesting and alive! 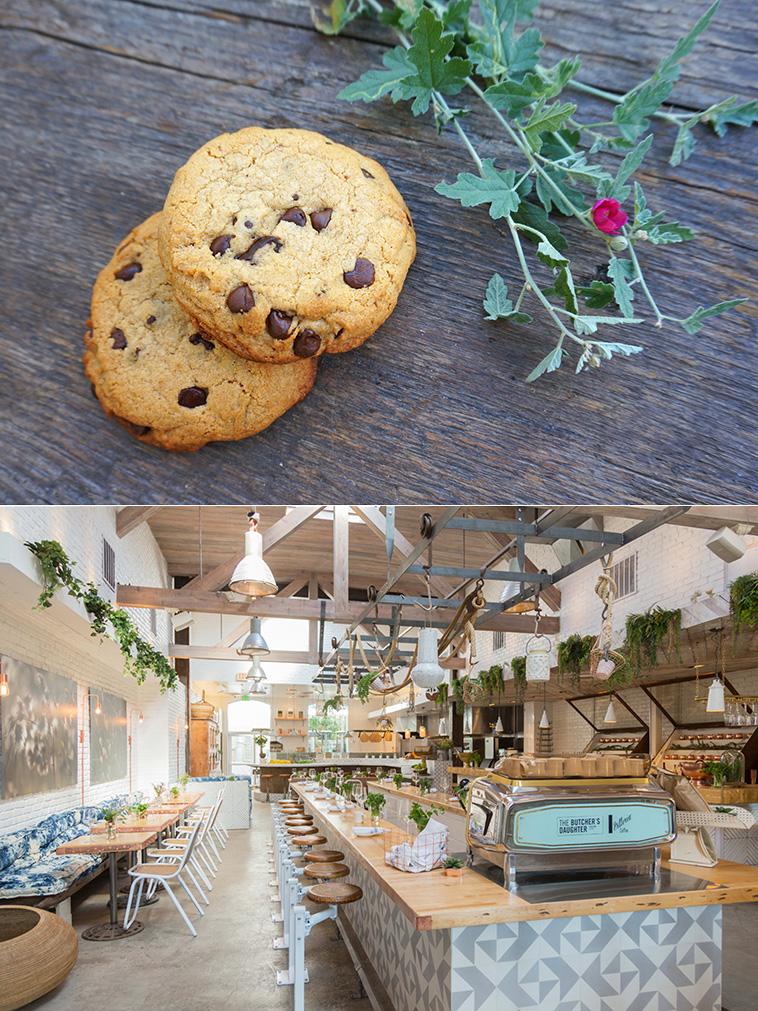 What do you think makes The Butcher’s Daughter ideal for gatherings?

I always like to design an element of community into the layout. In New York, even though the space is short of 650 square feet, I managed to put a large communal dining table inside (the only table is a communal one) that seats 14 people.  I also put mini beer garden tables outside, so parties of 2 can sit with another party and share. It’s a great way to meet people (and shorten your wait for a table at brunch). 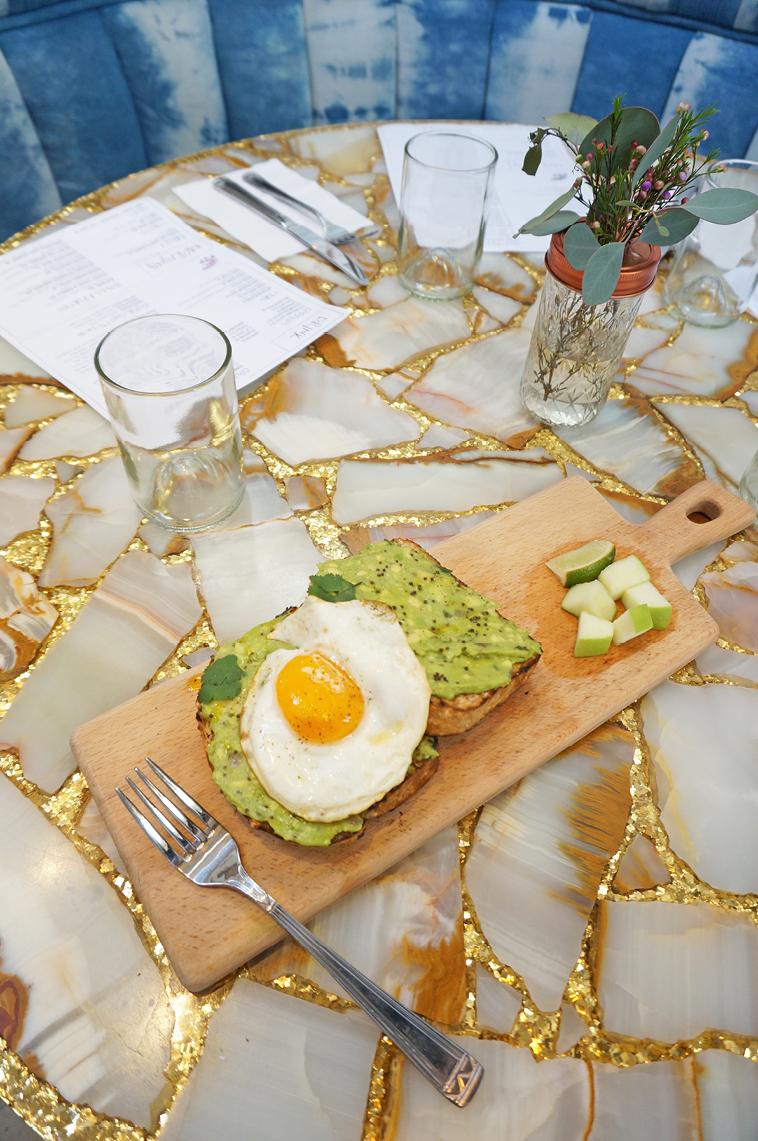 Did you tailor any part of the design or menu around group gatherings?

For the LA restaurant, I designed a communal dining counter running through the center of the space, with the same wood swing stools that we have in NYC (they’re salvaged from an old school cafeteria from the 40s). This communal counter is 25 ft long and houses the espresso and coffee production for the entire restaurant. The great thing about this counter, is that the stools are a great place for people to come alone. The counter is only 6 feet wide, so you can also strike up a conversation from people directly across from you.

It’s a great community “hub” for Venice - I often see people stop in several times a day at the counter. 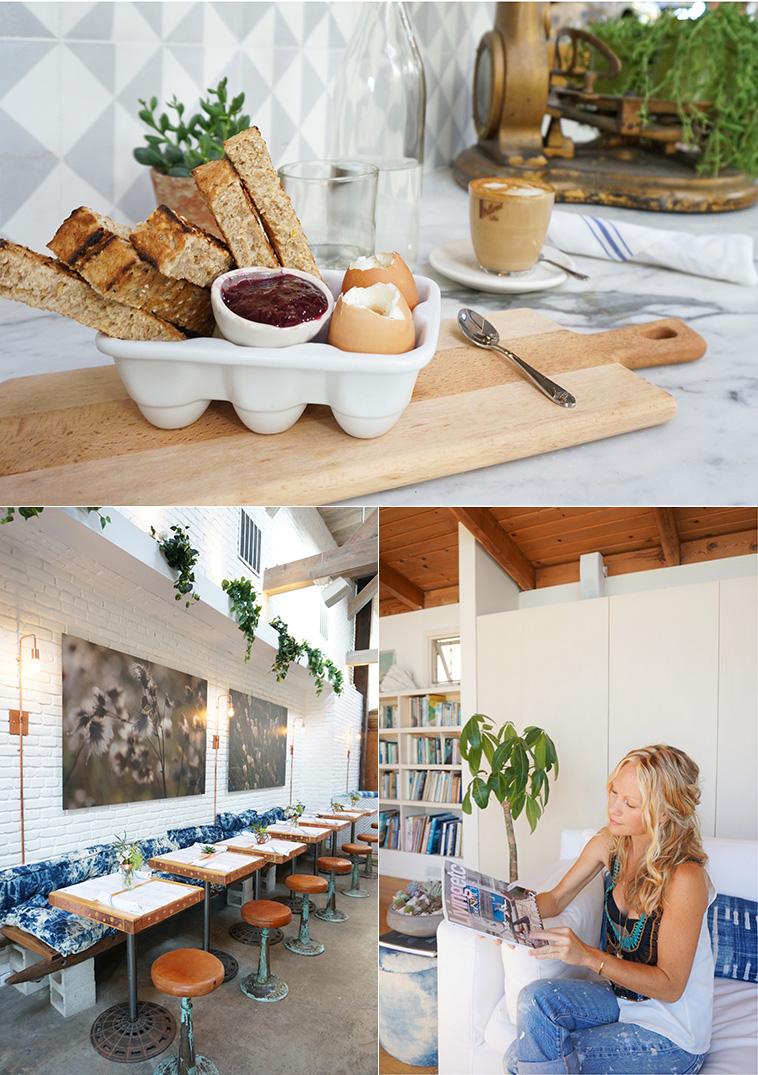 Any fun stories to share on the design process would be great!

Oh gosh - the best part of the design was going to Round Top Texas - where the biggest flea market in the world lands twice a year. The place is insane - you couldn’t cover it all if you had a month to look through all the vendors! I ended up getting most of the design materials and furnishings there.  Vendors come from all over the world to sell - many from Europe and Asia - so you see things you don’t normally see in the US. I got some rad leather stools from the Netherlands, a double-sided train bench from India and some produce push carts that I fashioned into banquettes. 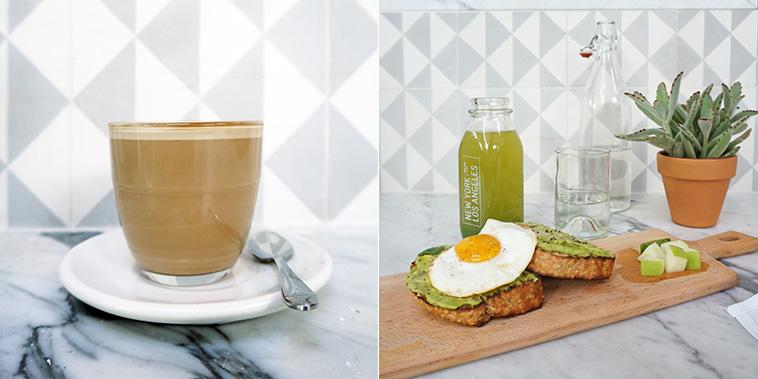 Do you have a favorite item on the menu? What would you recommend for a group gathering?

My favorite item is the smashed avocado toast. It’s a classic and always a winner. I often get it with a fried egg on top. Yum! 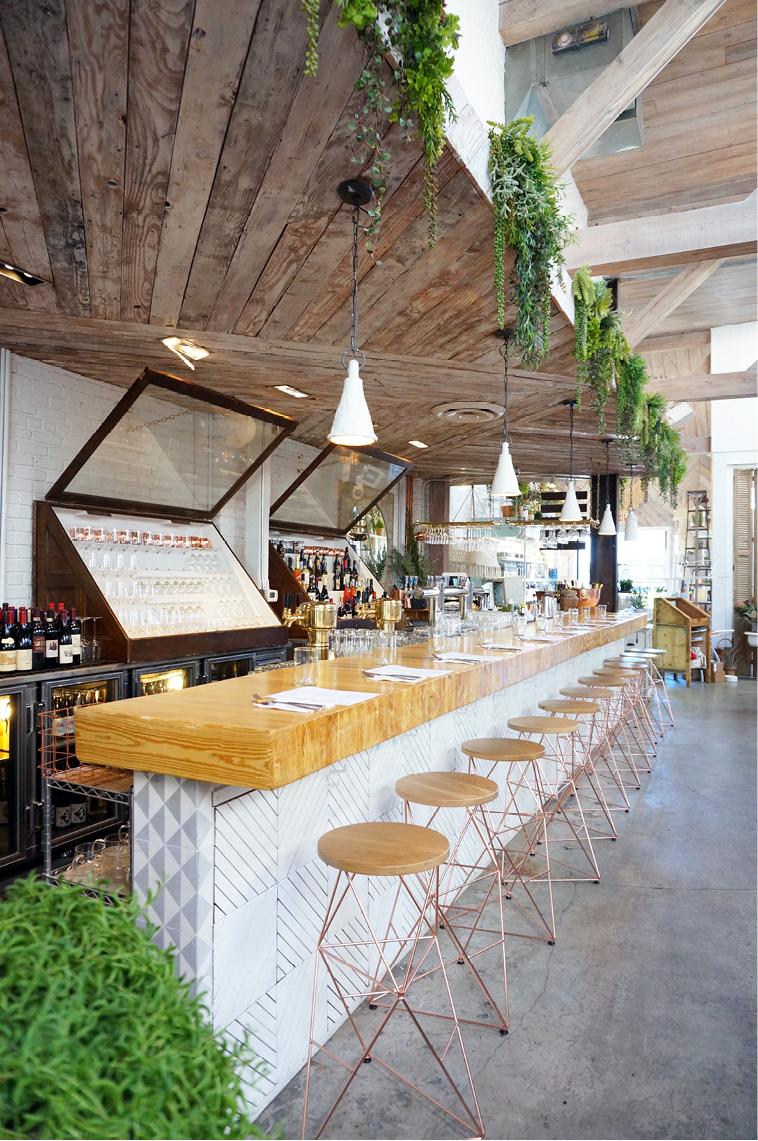 If there is a moment you’re most proud of in the design process, what would that moment be?

I would say just getting it open!

Whitney Leigh Morris is dedicated to making life – even the little things – beautiful, thoughtful and meaningful. She has designed for world-wide arts organizations, individuals, small events, and businesses since 2004. - Website

Birthday Bucket List: Have Your Next Bday Dinner on a Floating Oyster Bar in New York