Over the last twenty years, Down Under the Manhattan Bridge (shortened by Brooklynites to DUMBO) has become a magnet for residents and tourists alike due to its proximity to the historic Brooklyn Bridge, charming post industrial architecture, and its thriving waterfront scene that includes delightful landmarks such as Jane’s Carousel, Brooklyn Bridge Park and Grimaldi’s Pizza (a.k.a. heaven in a triangle).

Most recently, famed hospitality group Soho House has infused a bit of its signature snazz to the DUMBO neighborhood courtesy of Cecconi’s DUMBO, the high-end Italian restaurant with headquarters in London which also boasts international branches in Barcelona, Berlin, Istanbul, Miami, and West Hollywood. What does the arrival of this upscale chain as well several other major retailers (such as West Elm) finding their home along the waterfront mean? The coup d'é tat of chic concepts in DUMBO is officially underway. 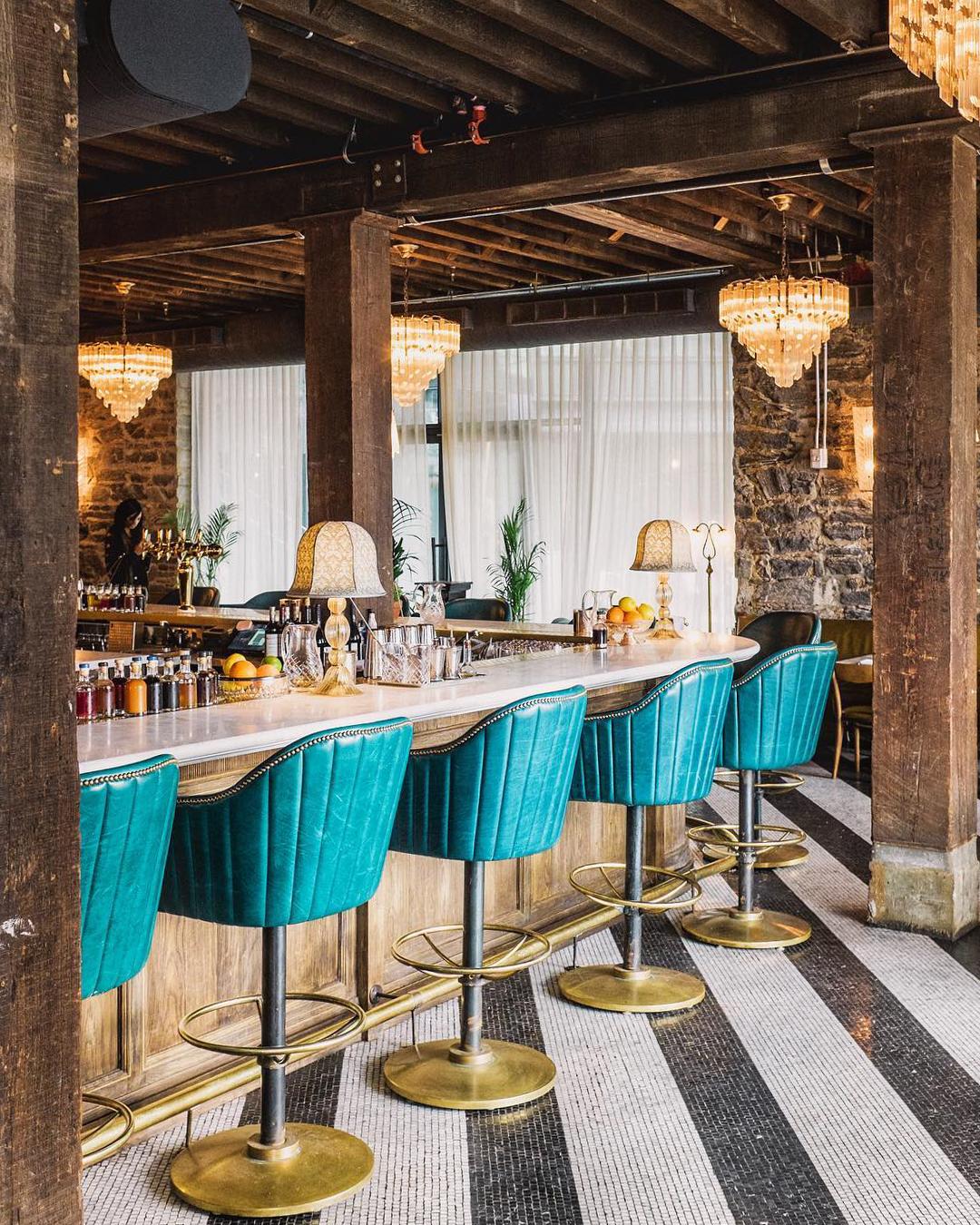 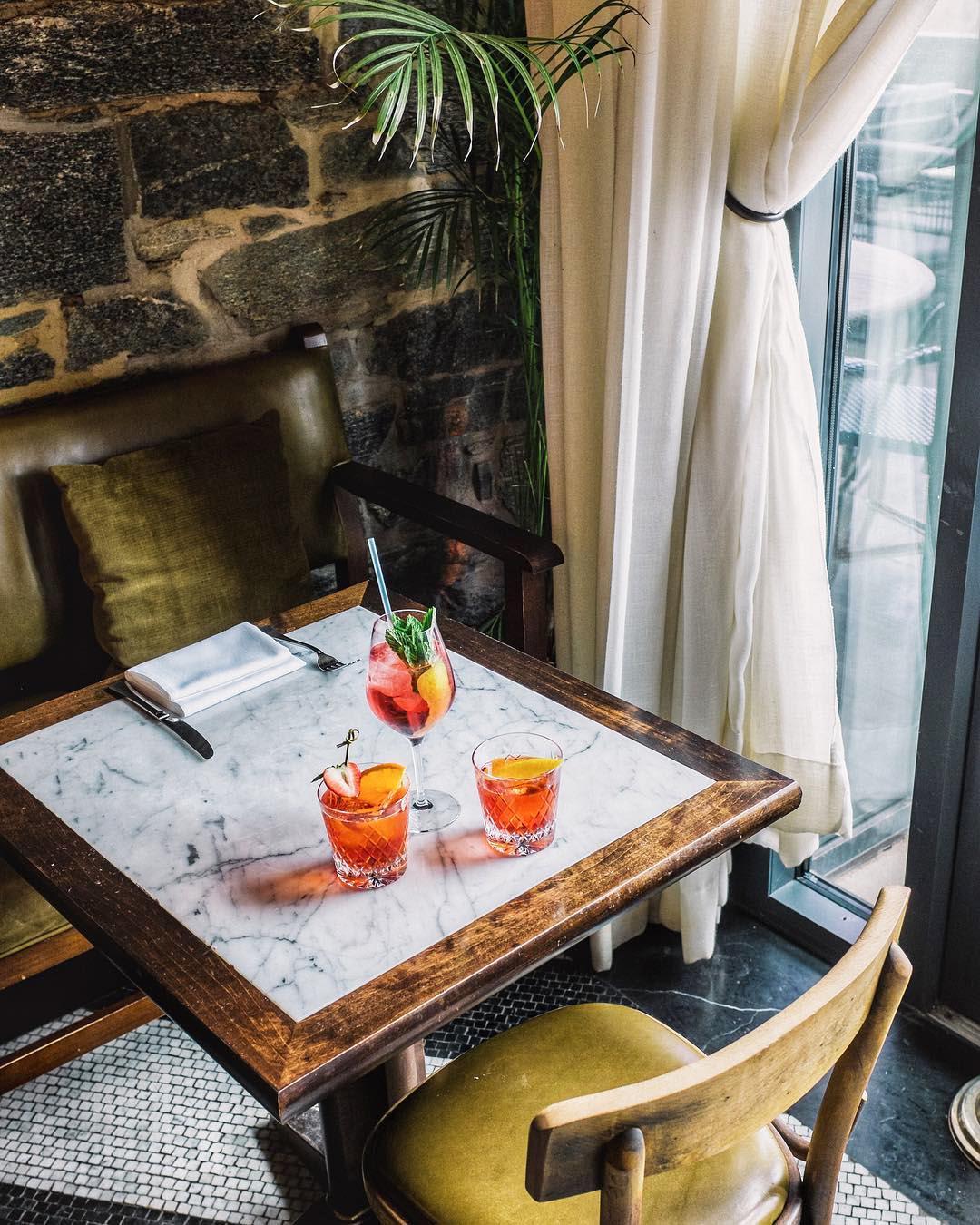 
Helmed by Riccardo Bilotta in collaboration with Andrea Cavaliere, who oversees all of the Italian restaurant’s menus, dishes at Cecconi’s DUMBO range from carpaccios and meatballs with basil to veal chop milanese and agnolotti del plin with black truffle that during a recent visit my waitress described as ‘little pasta puff clouds with truffles.’ Truer words were never spoken. As for the interiors, expect to find a handsome brick-walled dining room with glimmering chandeliers where behind the massive bar you can watch cheese on freshly-made wood-fired pizzas bubble over. 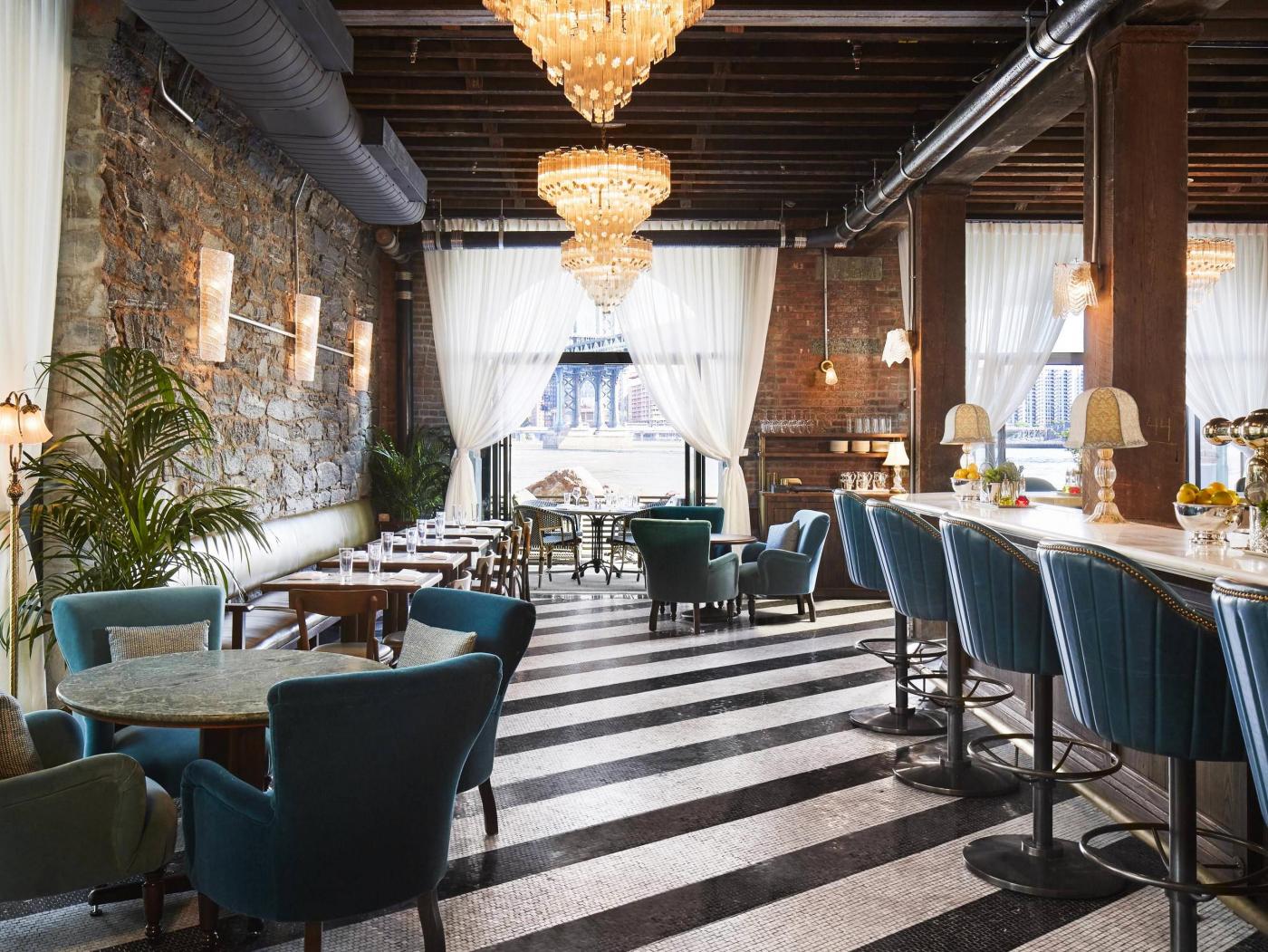 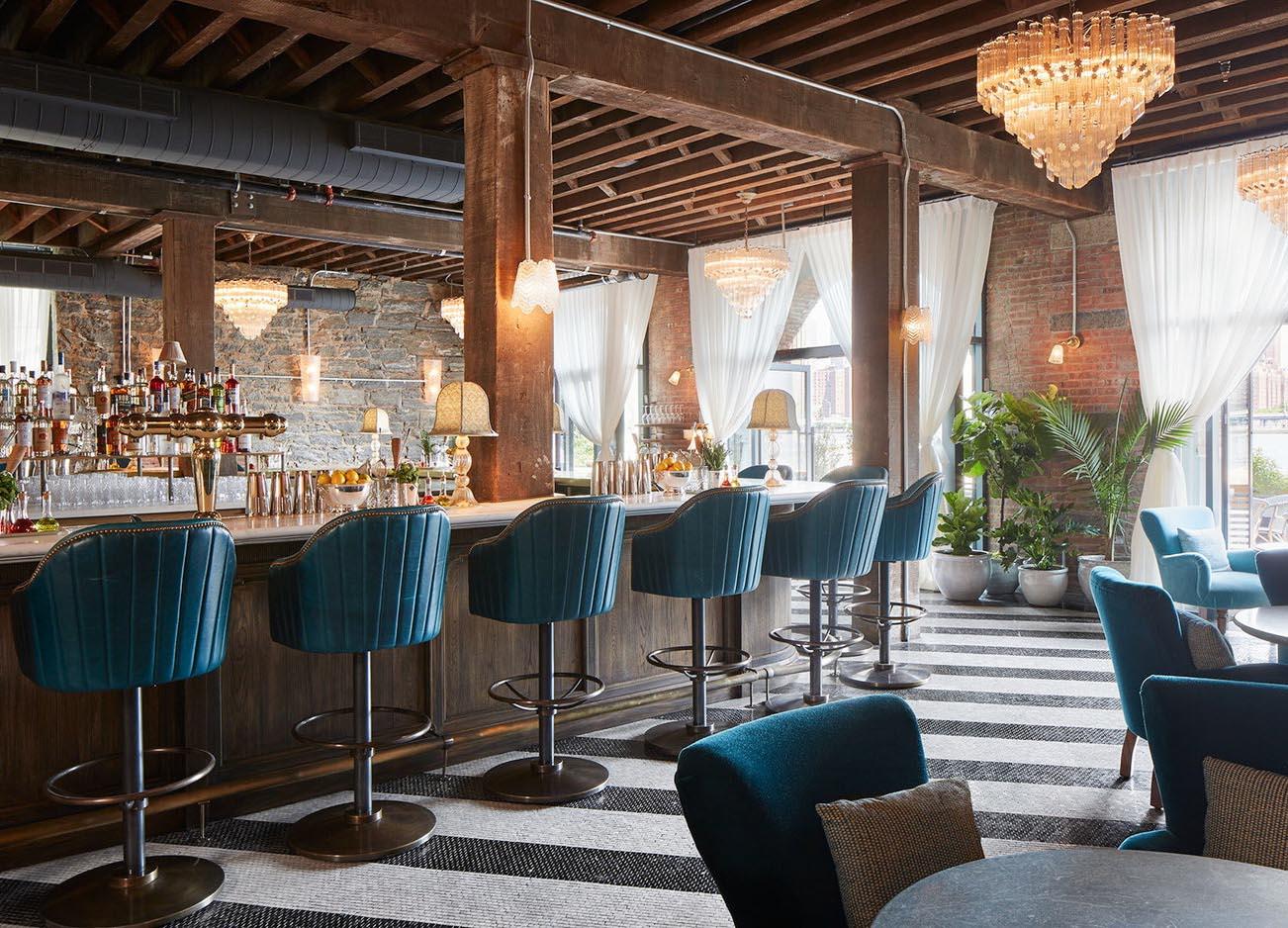 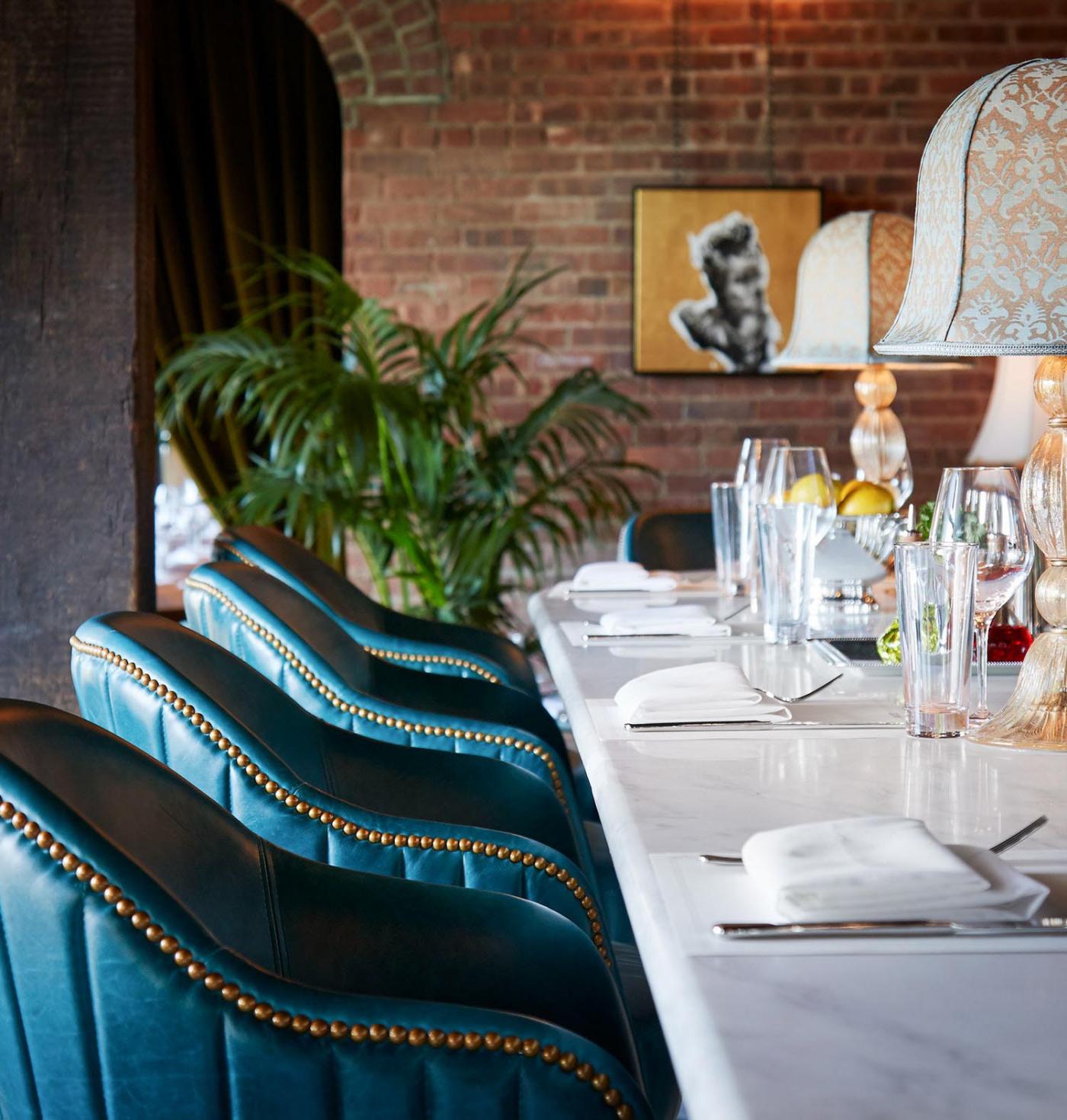 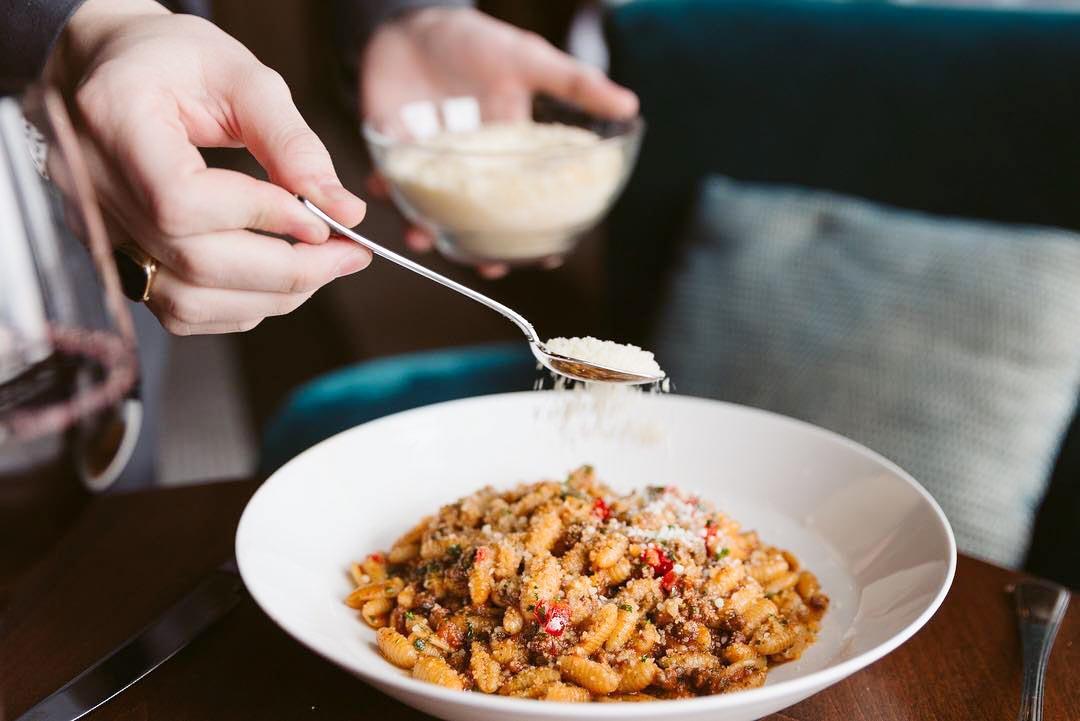 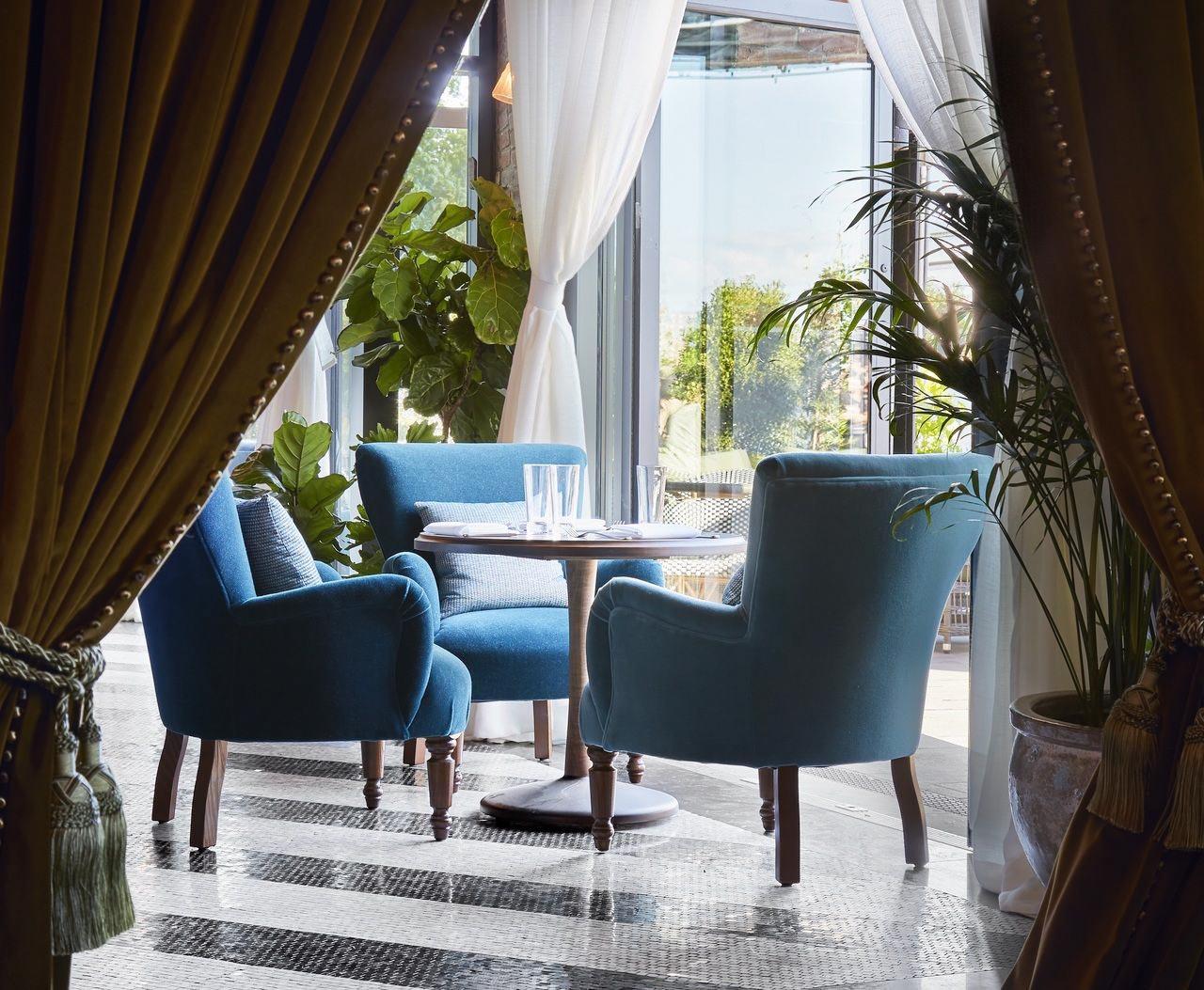 
The real star of the show is the large terrace that looks out to the East River and offers views of the glittering Manhattan vista. Which has quickly made it *the* place in New York to go right now for sunset drinks. There’s even an aperitivo menu (aperitivo being the charming Italian tradition where you enjoy cocktails while noshing on a cornucopia of appetizers before sitting down to eat dinner), which is available from 4pm to 7pm with all drinks and dishes between $4, $7 and $9. Making it the perfect place to reward yourself after a day of Brooklyn sightseeing with a cold negroni and side of buffalo mozzarella pizzetta. 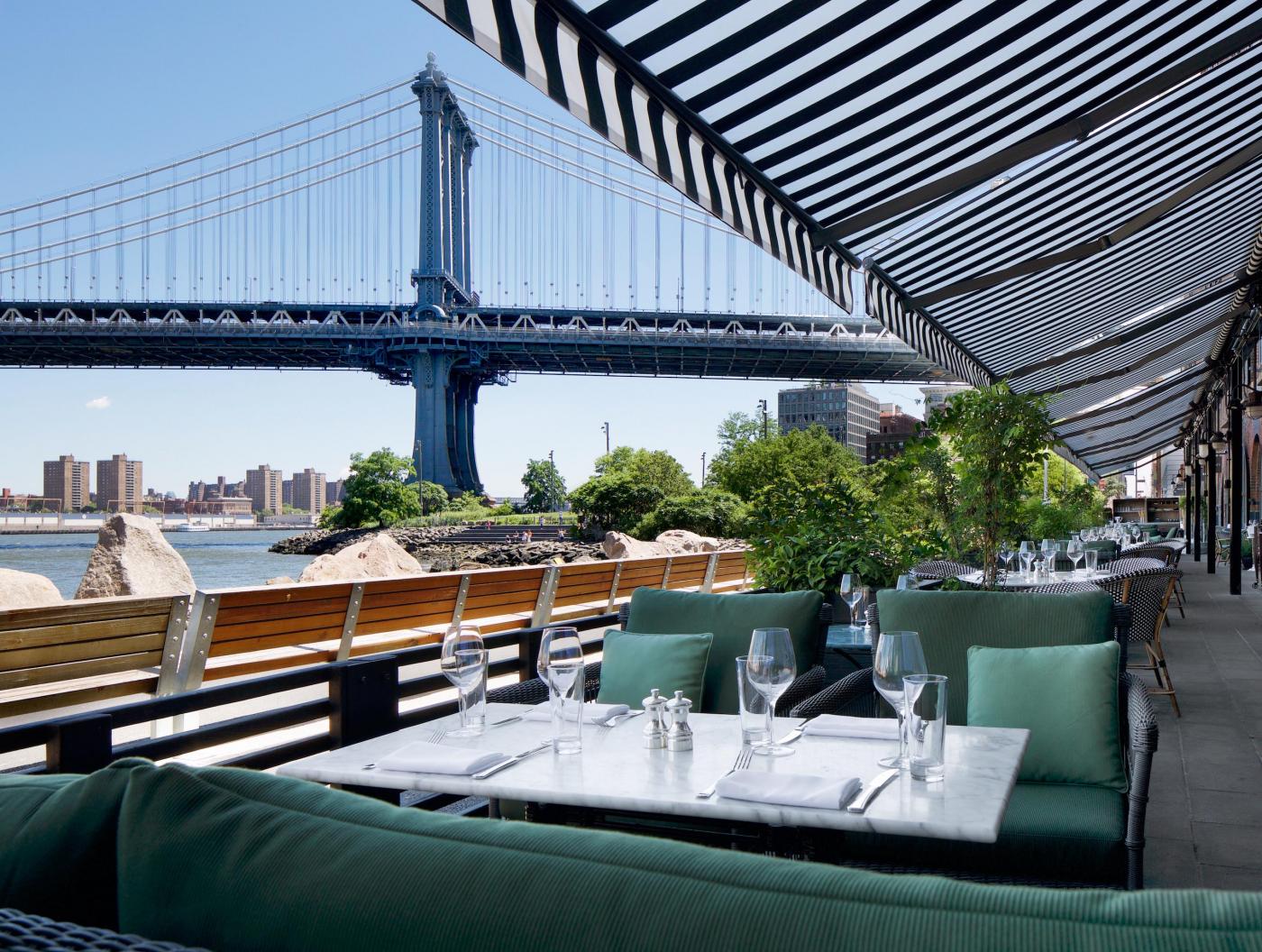 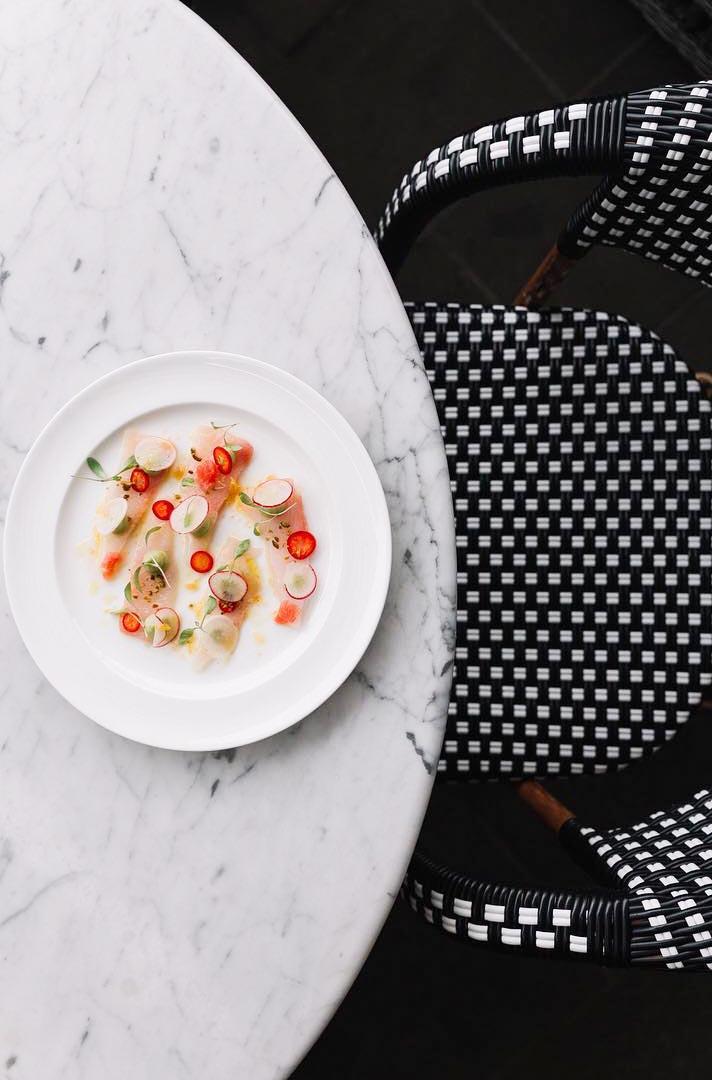 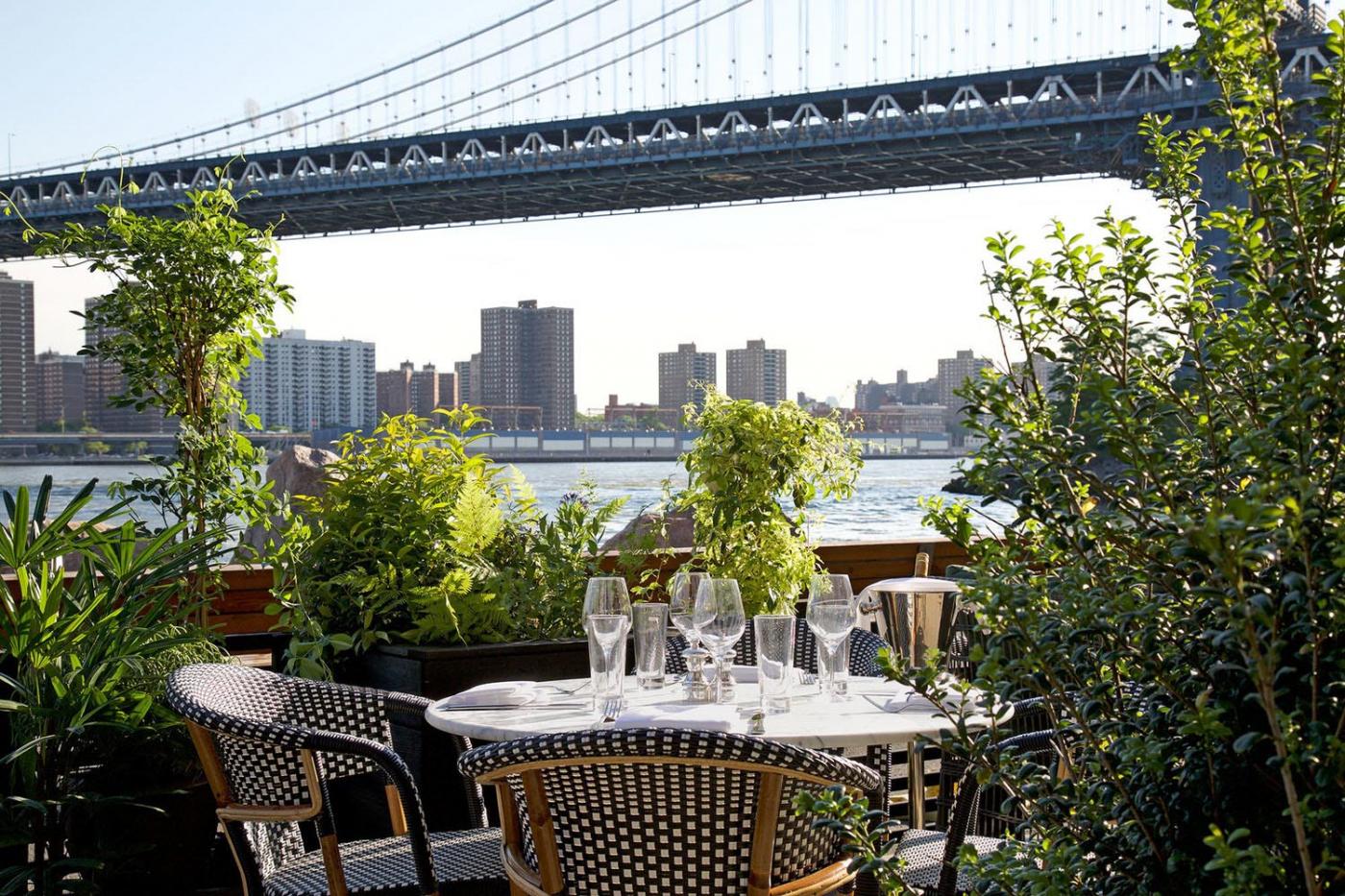 
Also notable? Soon enough, Soho house will be opening on top of Cecconi's. Although the date for the club’s official opening remains unknown, this will be the third outpost for the British-born members-only club in New York, with the other clubs located in Manhattan’s Meatpacking District and Lower East Side neighborhoods. You heard it here first, DUMBO--and Cecconi’s-- are the names to know now. 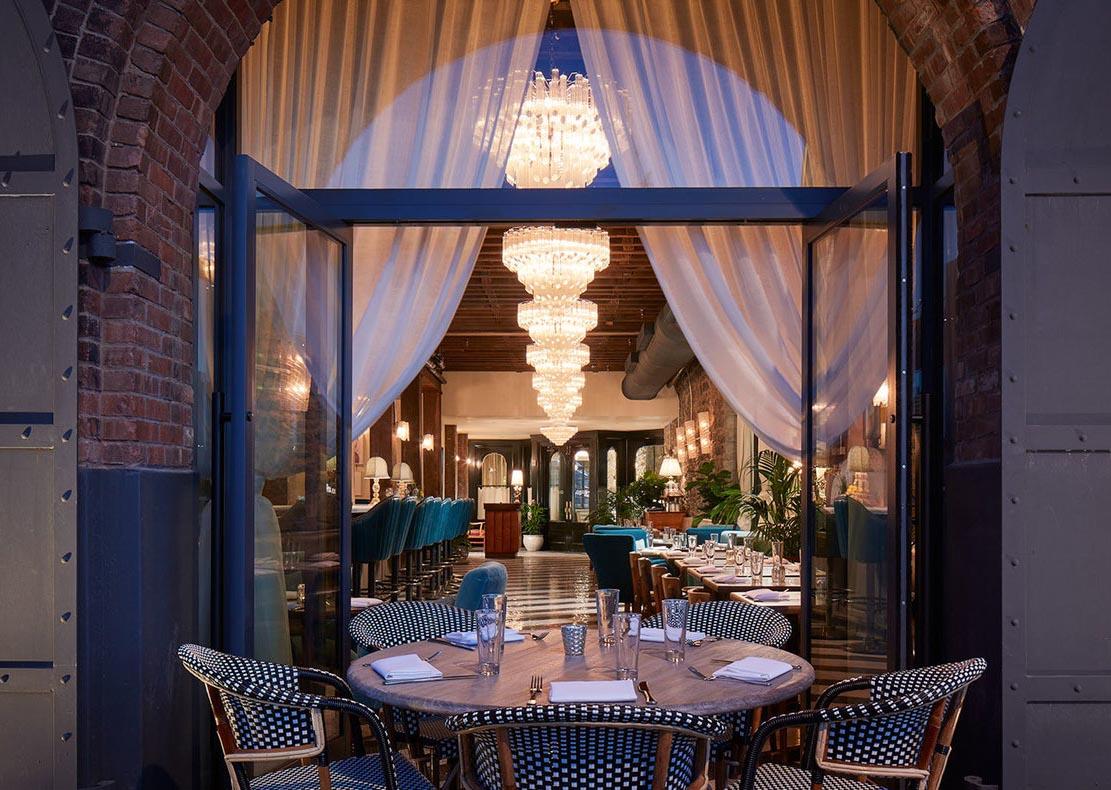 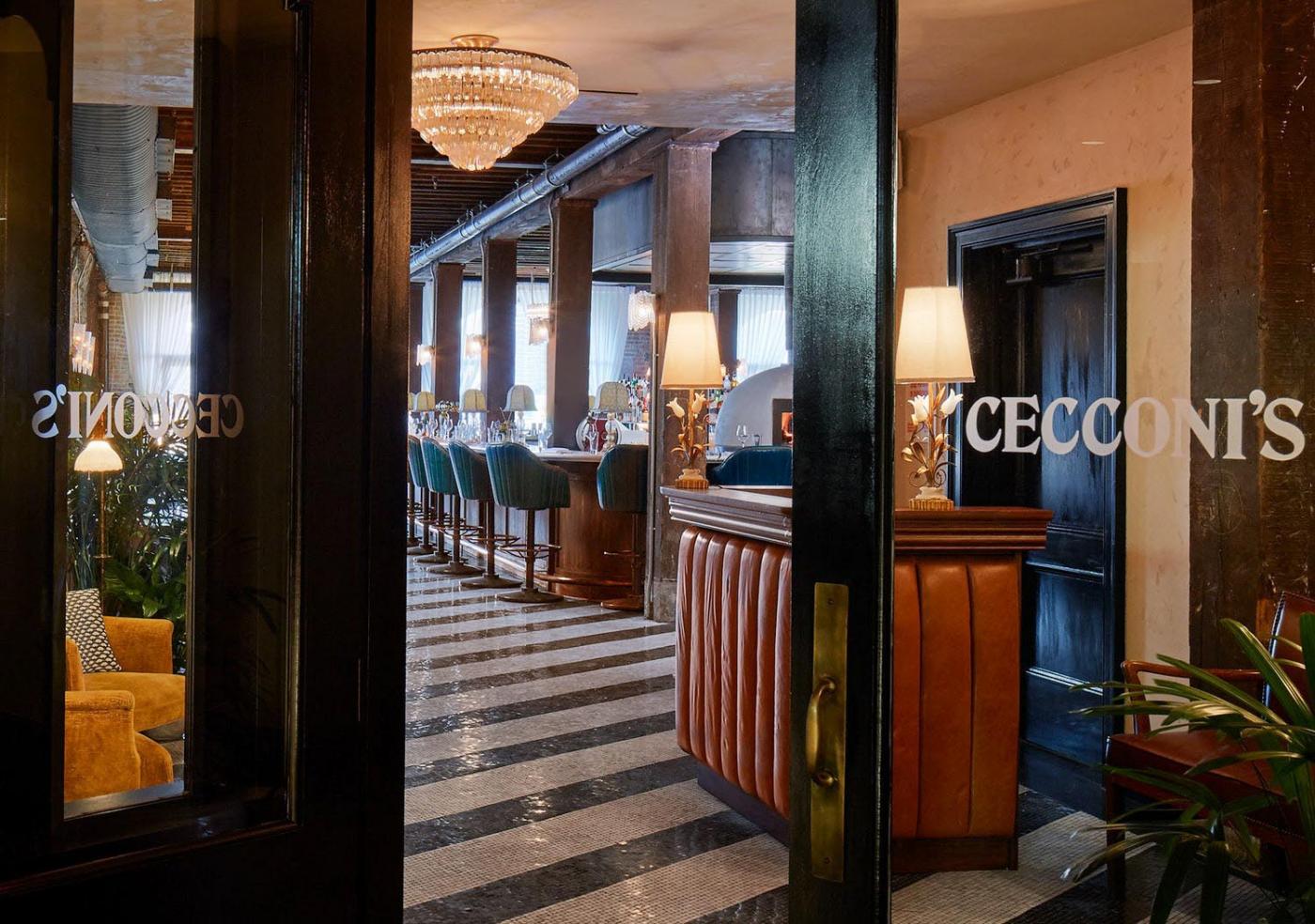 This Couple Styled Their Entire Wedding Themselves and It's Pinterest Heaven