"National Beer Day is celebrated in the United States every year on April 7, marking the day that the Cullen–Harrison Act was enacted after having been signed into law by President Franklin D. Roosevelt on March 22, 1933. Upon signing the legislation, Roosevelt made his famous remark, 'I think this would be a good time for a beer."

For this year's National Beer Day, we kept it local and sat down with the group behind one of San Diego's coolest breweries, Booze Brothers Brewing Co. Over the past few years, we've witnessed San Diego's brewery scene explode. With over 150 breweries in San Diego and counting, we are partial to Booze Brothers, not only because of their great beer but because of their focus on celebrations, gatherings and bringing the community together one beer at a time.

Donny and Dave Firth, the Booze Brothers, and Kris Anacleto, General Manager, discuss what it has been like operating a brewery in San Diego's emerging scene as a beer and event powerhouse through their tasting room and venue The Wood Shed.

Hey Kris, tell us about yourself :)

"Hi my name is Kris and I am the general manager of Booze Brothers Brewing Co. as well as Owl Farm Unique Fermentations and The Wood Shed Venue." 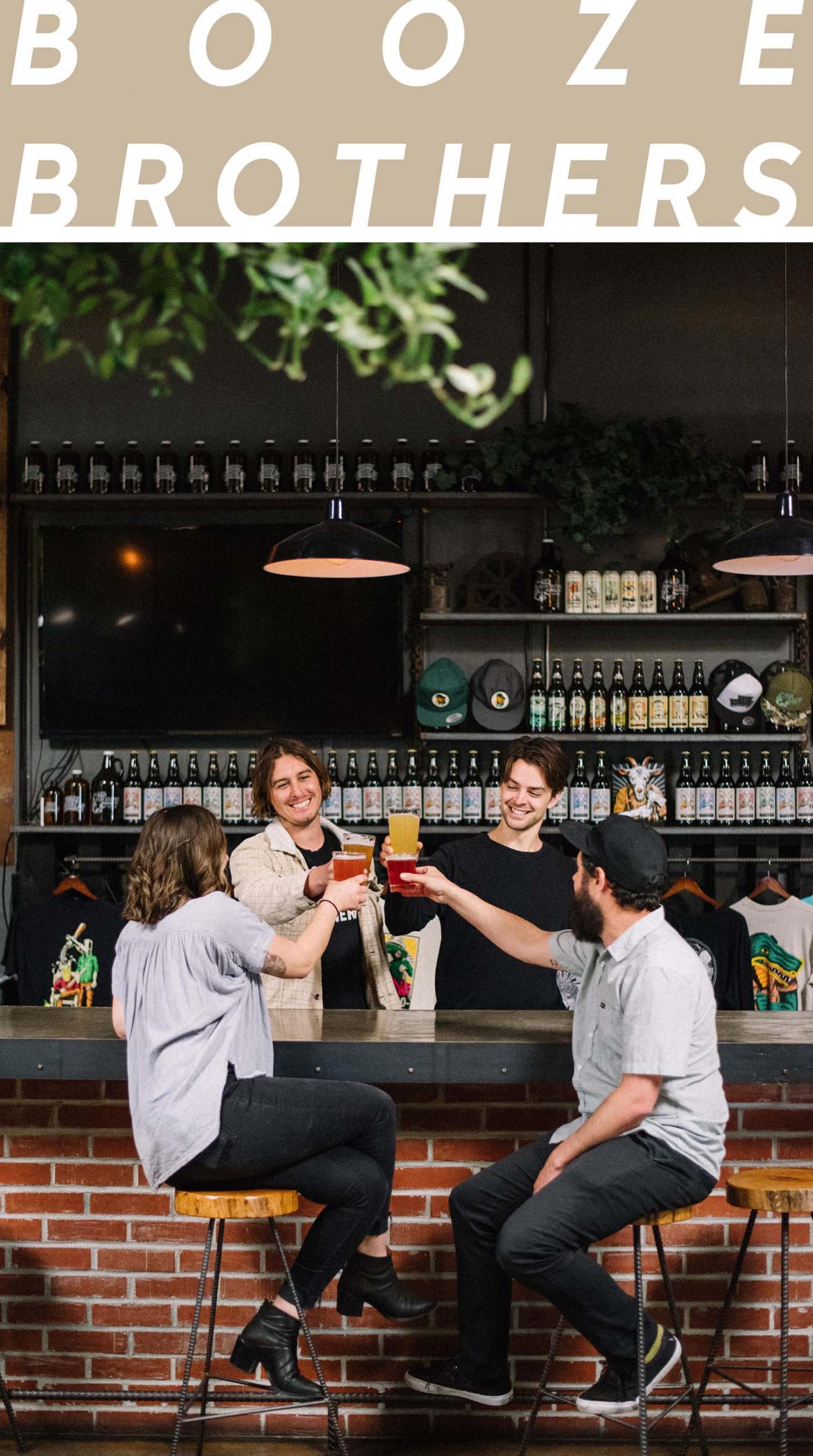 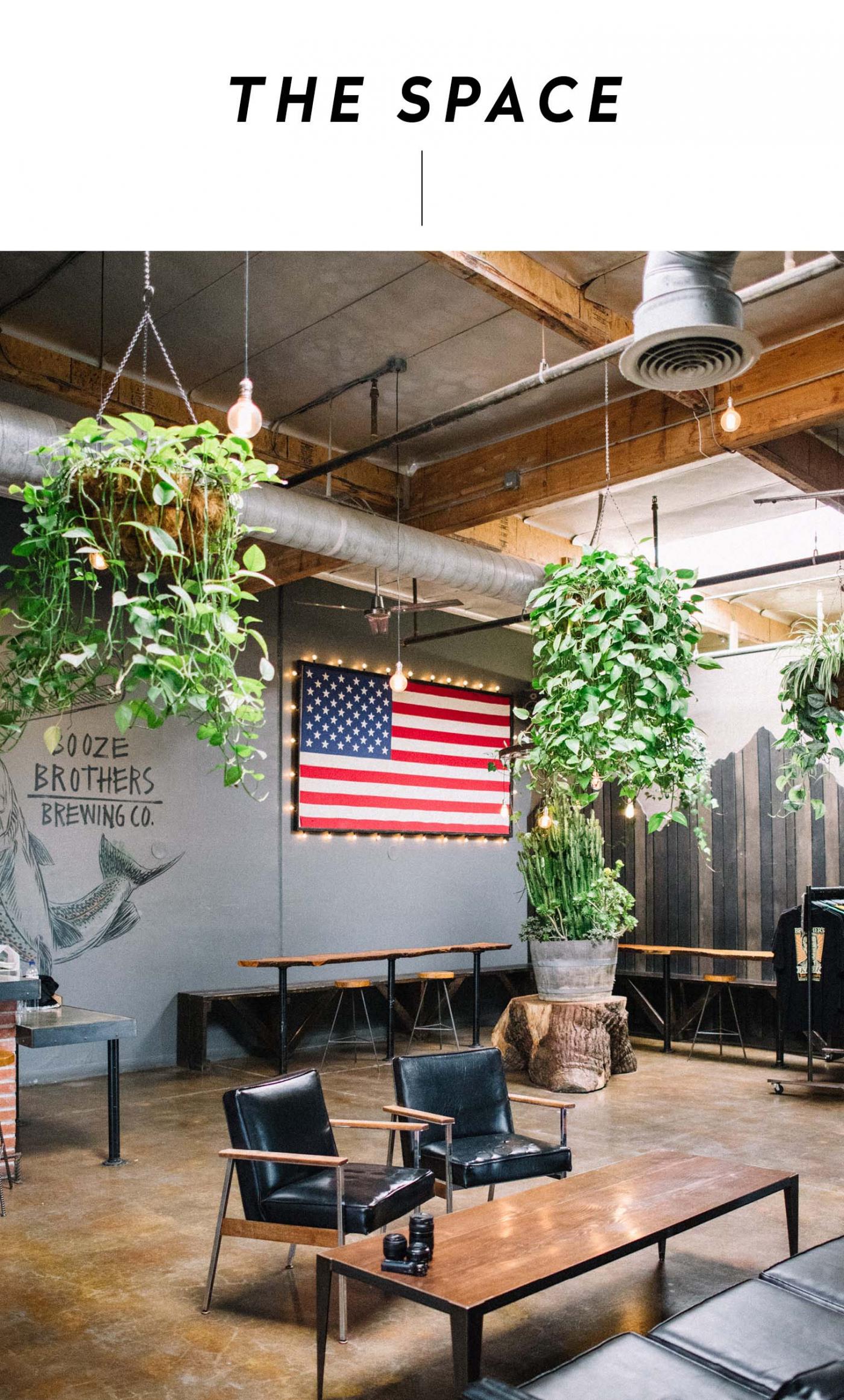 How did Booze Brothers begin and why did you choose this space?

"Dave and Donny are the actual Booze brothers and they started brewing about 8 years ago. After a few years of home-brewing, they decided to open up a location here in Vista. One of the prime reasons we chose this space was because of the back patio, it allowed us to be one of the few breweries in San Diego that actually had an outdoor drinking space in the business parks. We started brewing in Suite B, and once we started picking up some steam, we acquired Suite C which was turned into our private event space and we’ve been running weddings in that area for about 2 and a half years now." 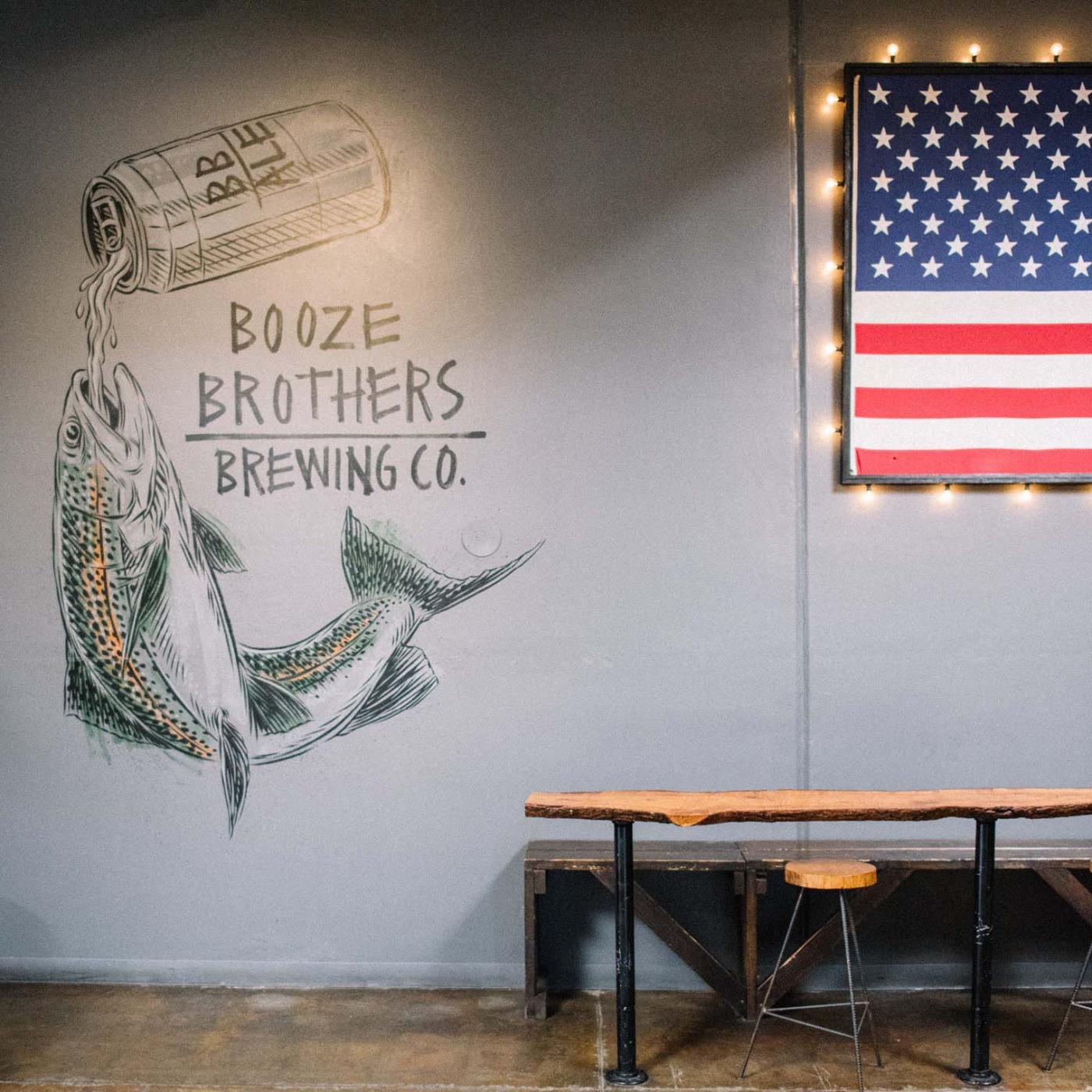 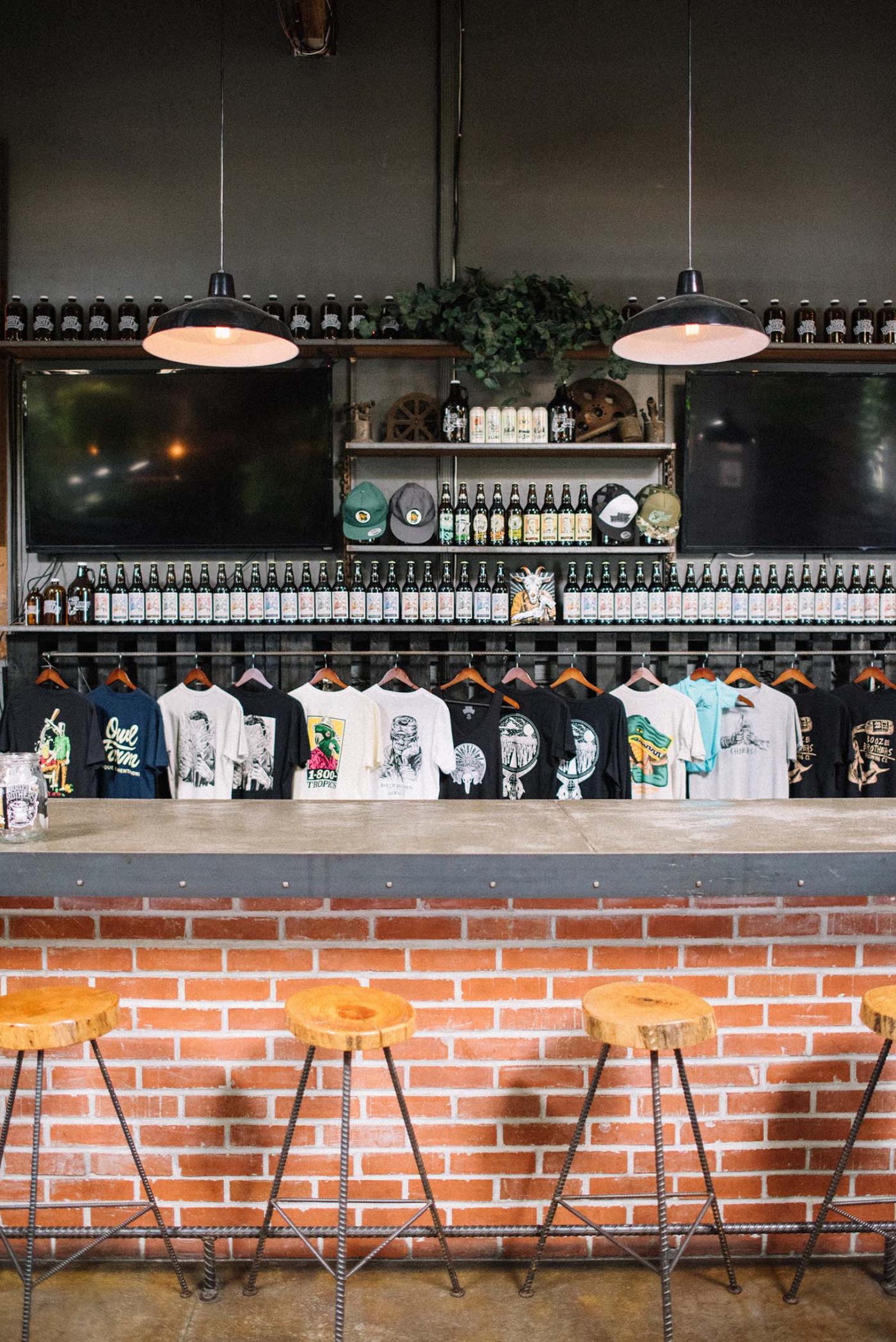 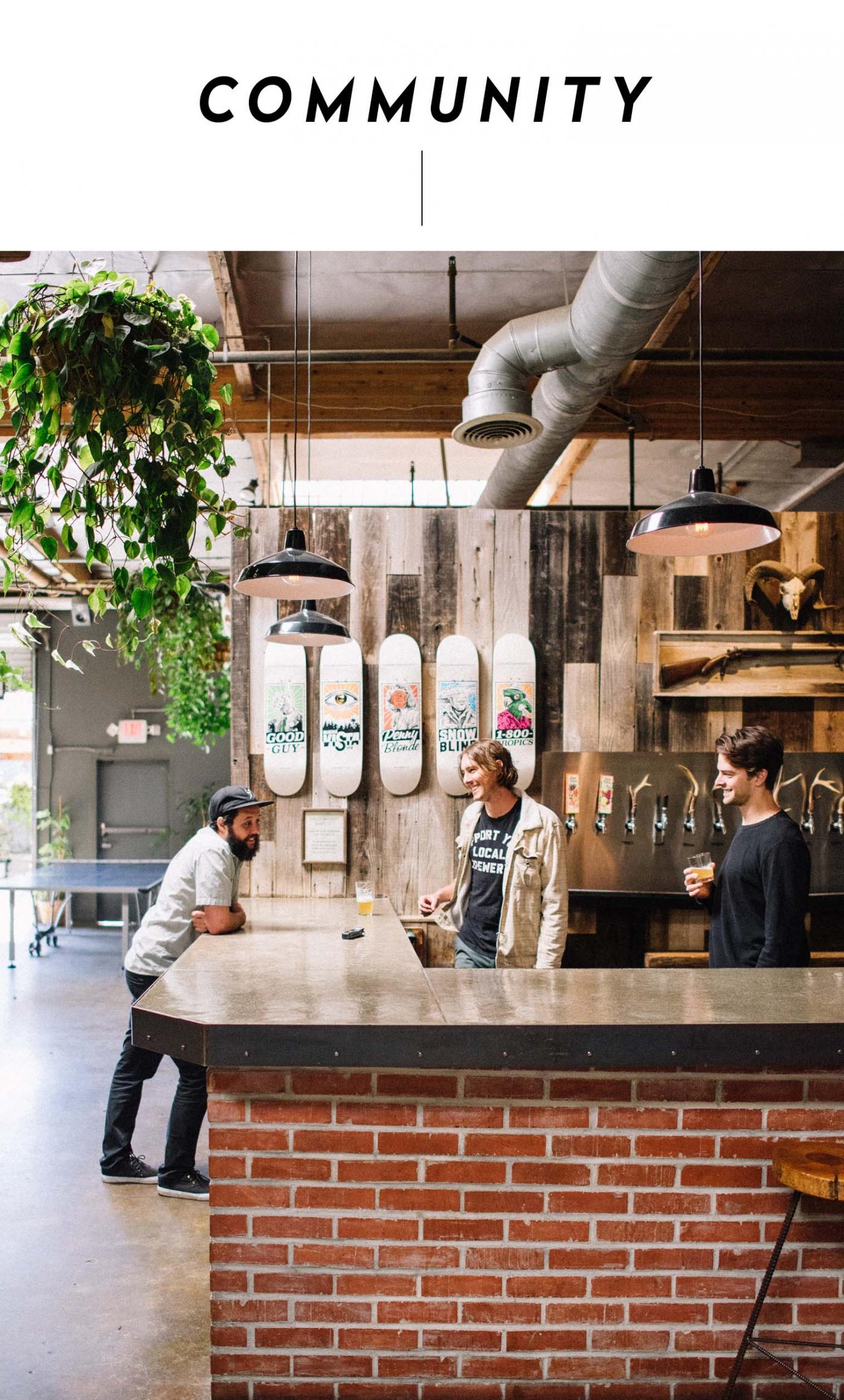 How does Booze Brothers get the community involved in their events?

"One thing that is really rad about having a tasting room in San Diego is that it allows us to do a lot of community driven events, whether it’s a fundraiser with a charity or local school, or an art show or with local musicians, we are able to bring those things into the tasting room. On a monthly basis we do a lot of charity events with donations. We also do monthly art shows and artist collaborations with t-shirts and glassware and we always bring in local bands. We try very hard to make a lifestyle push right here in our tasting room." 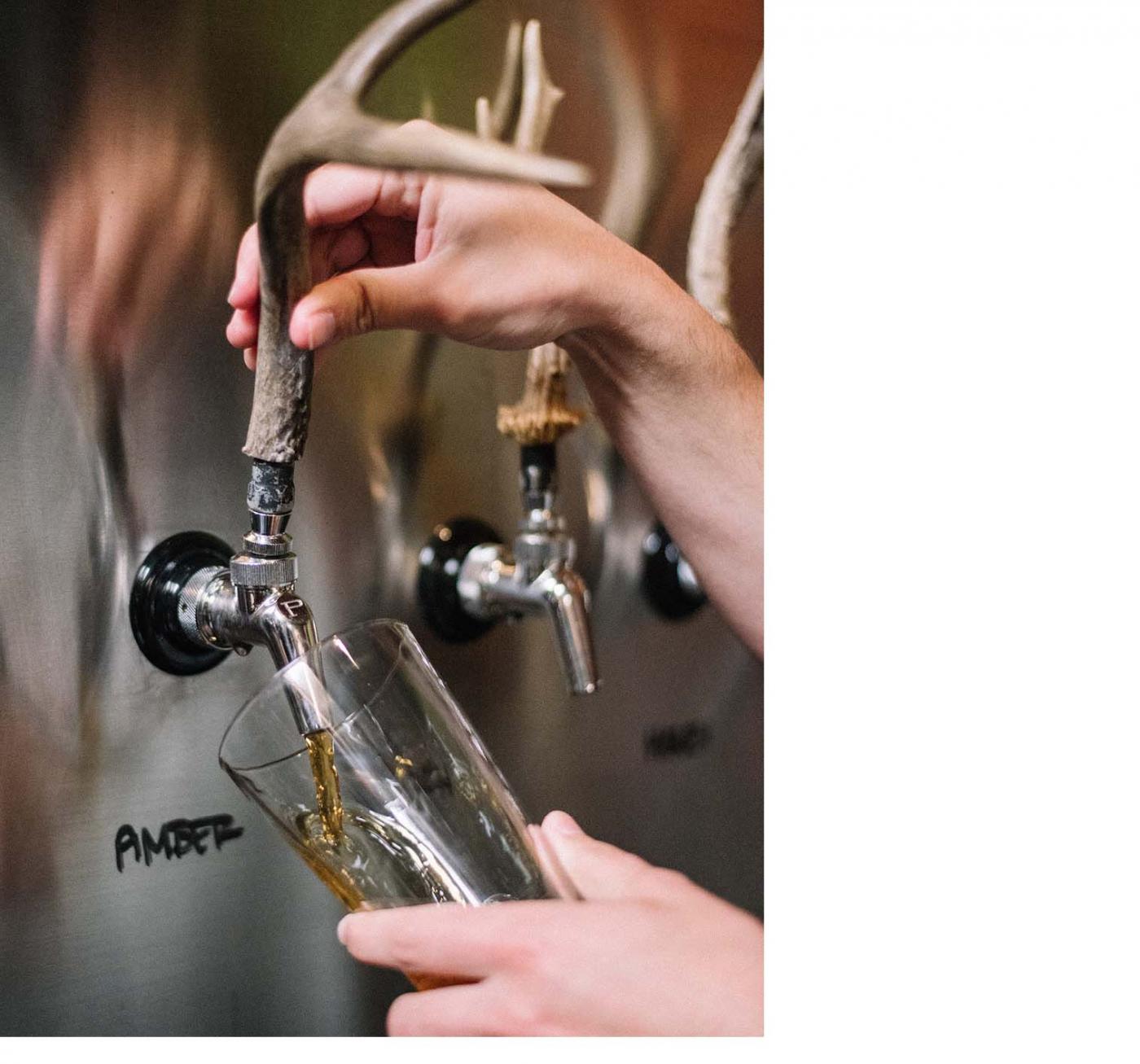 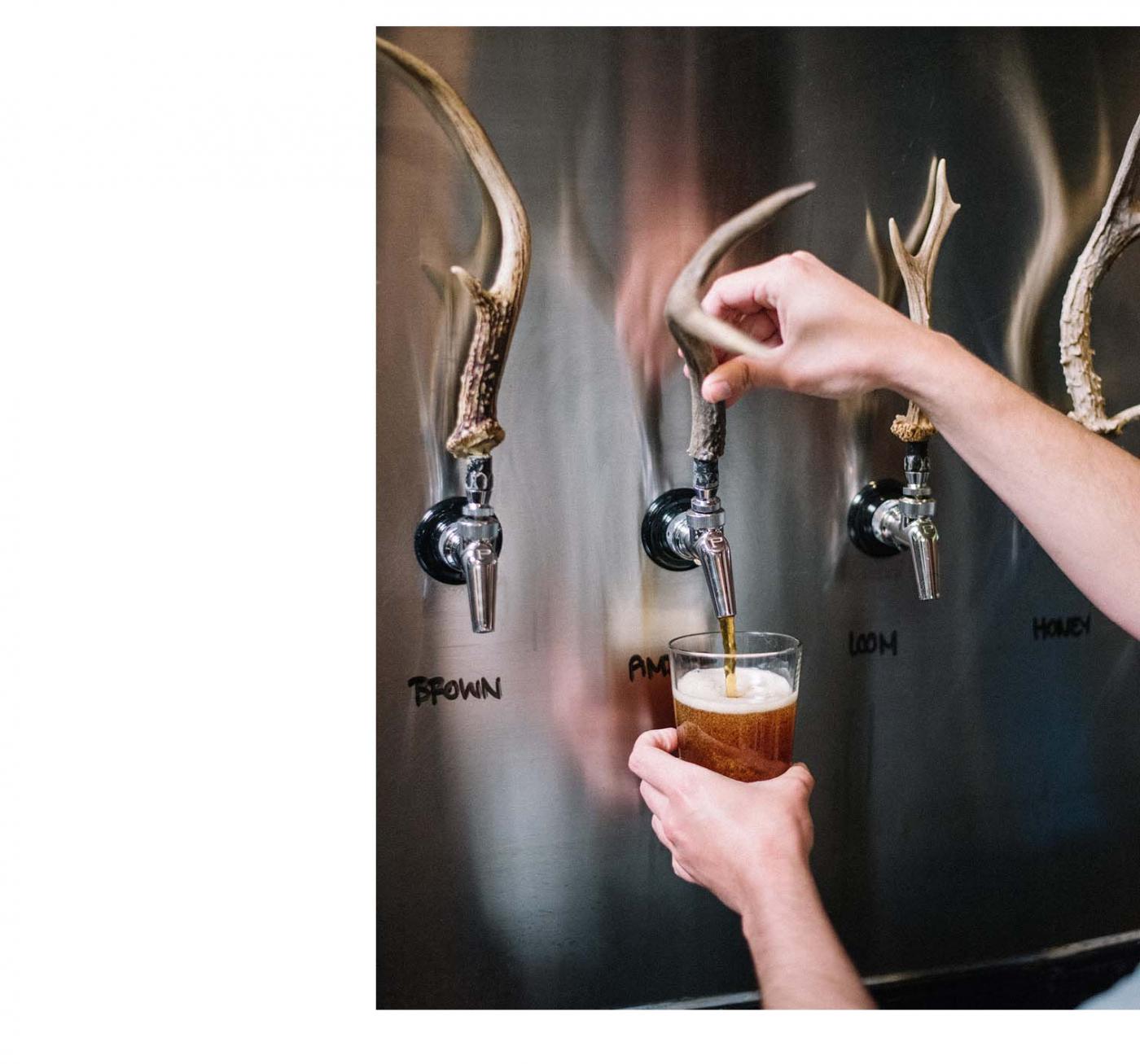 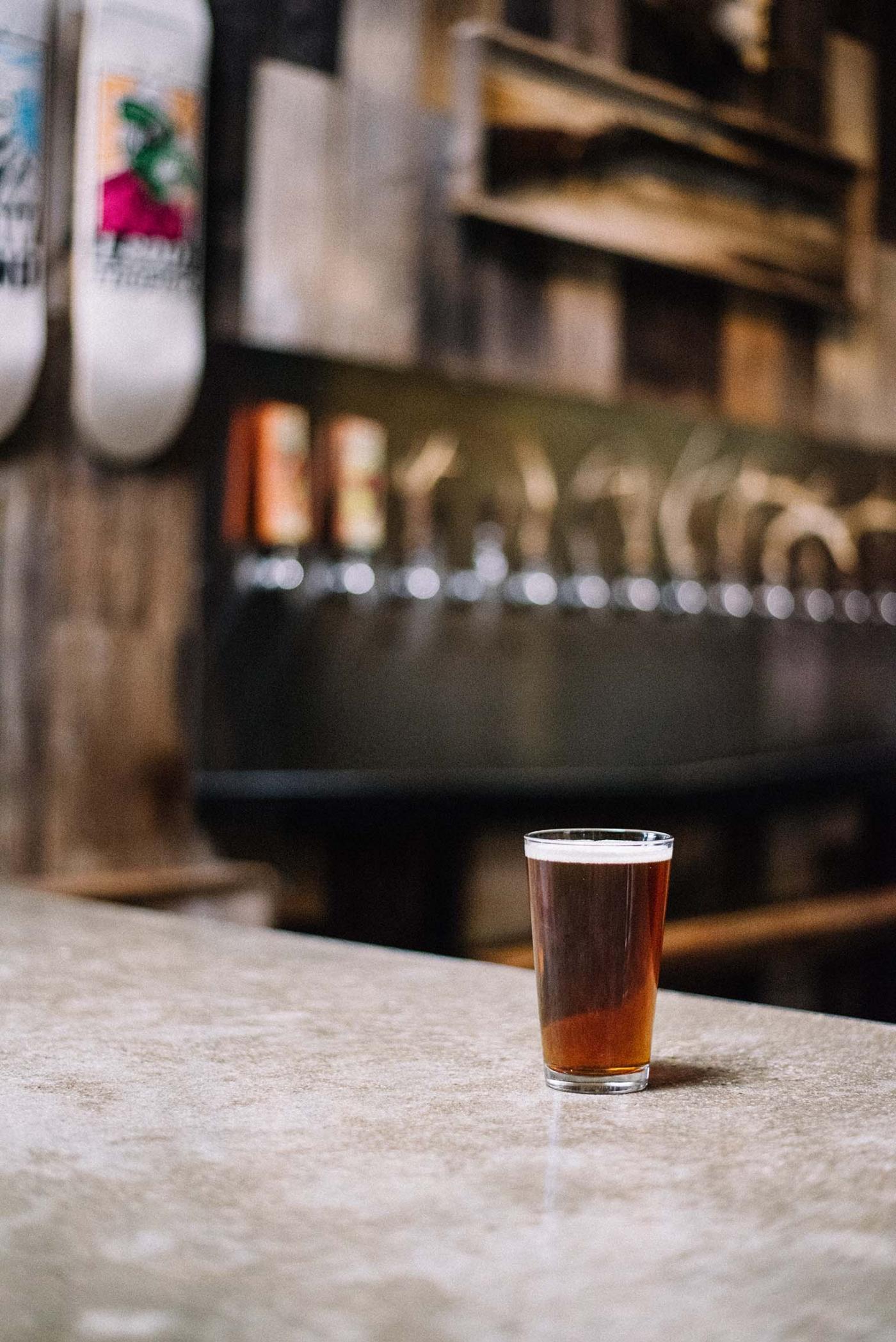 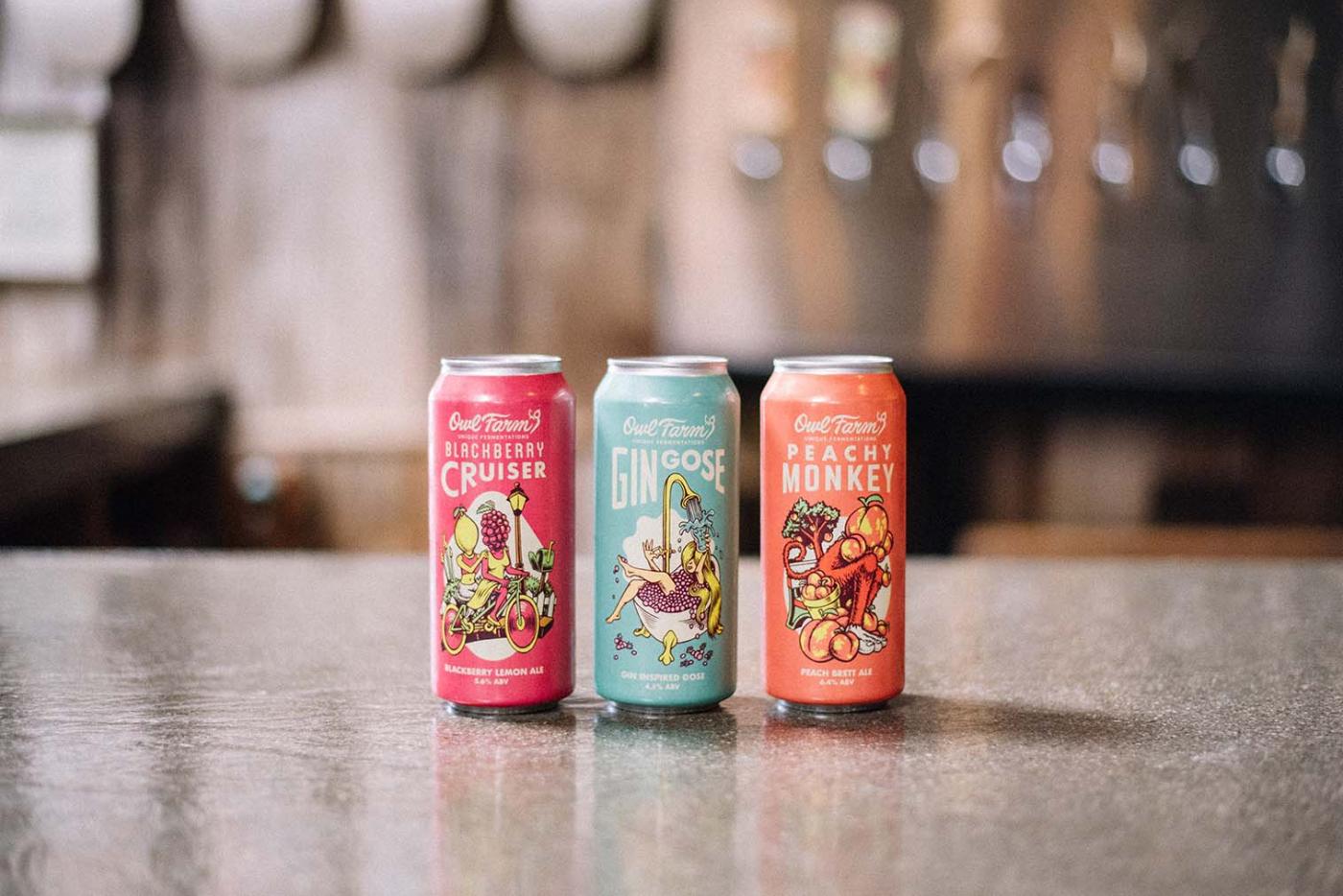 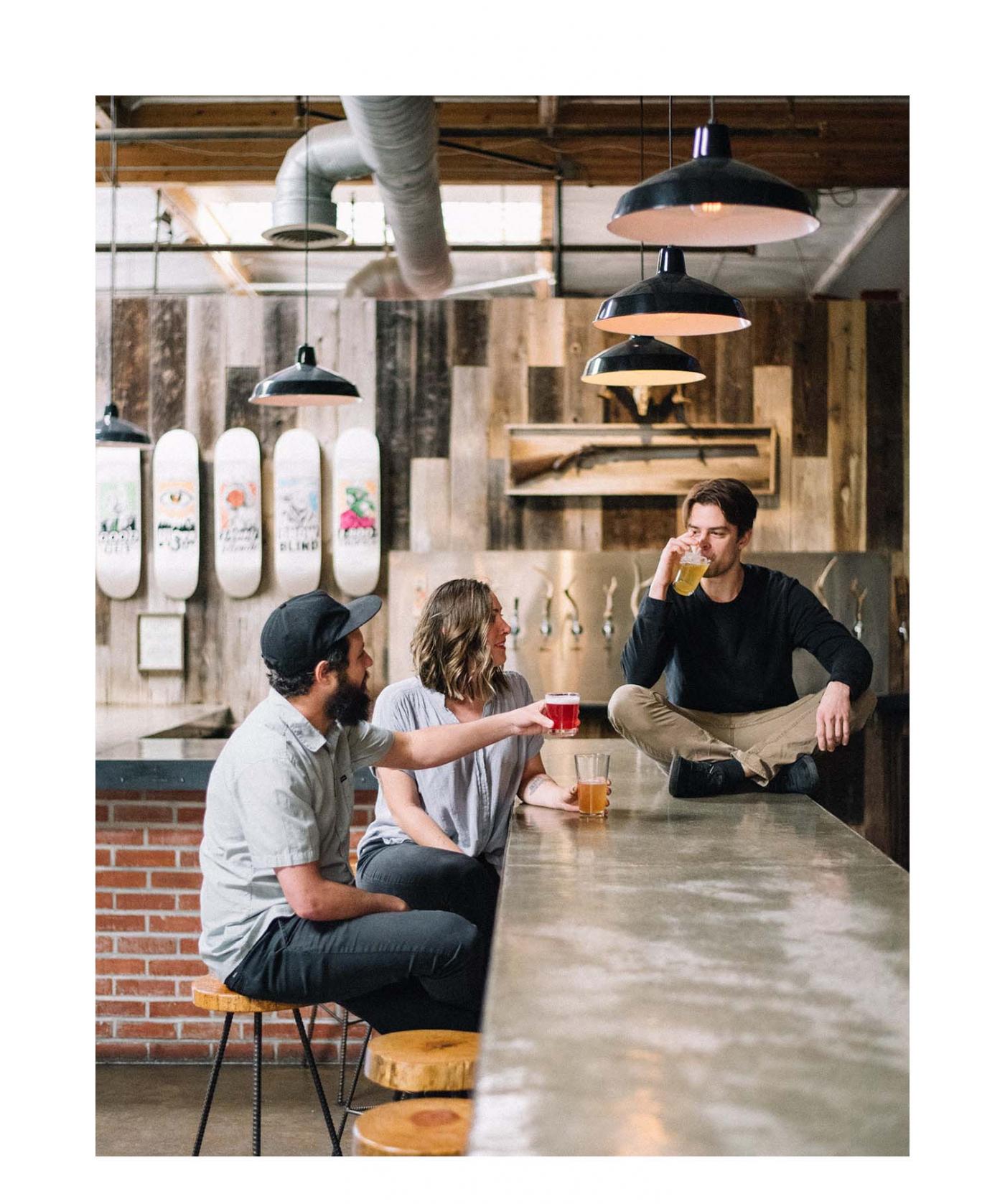 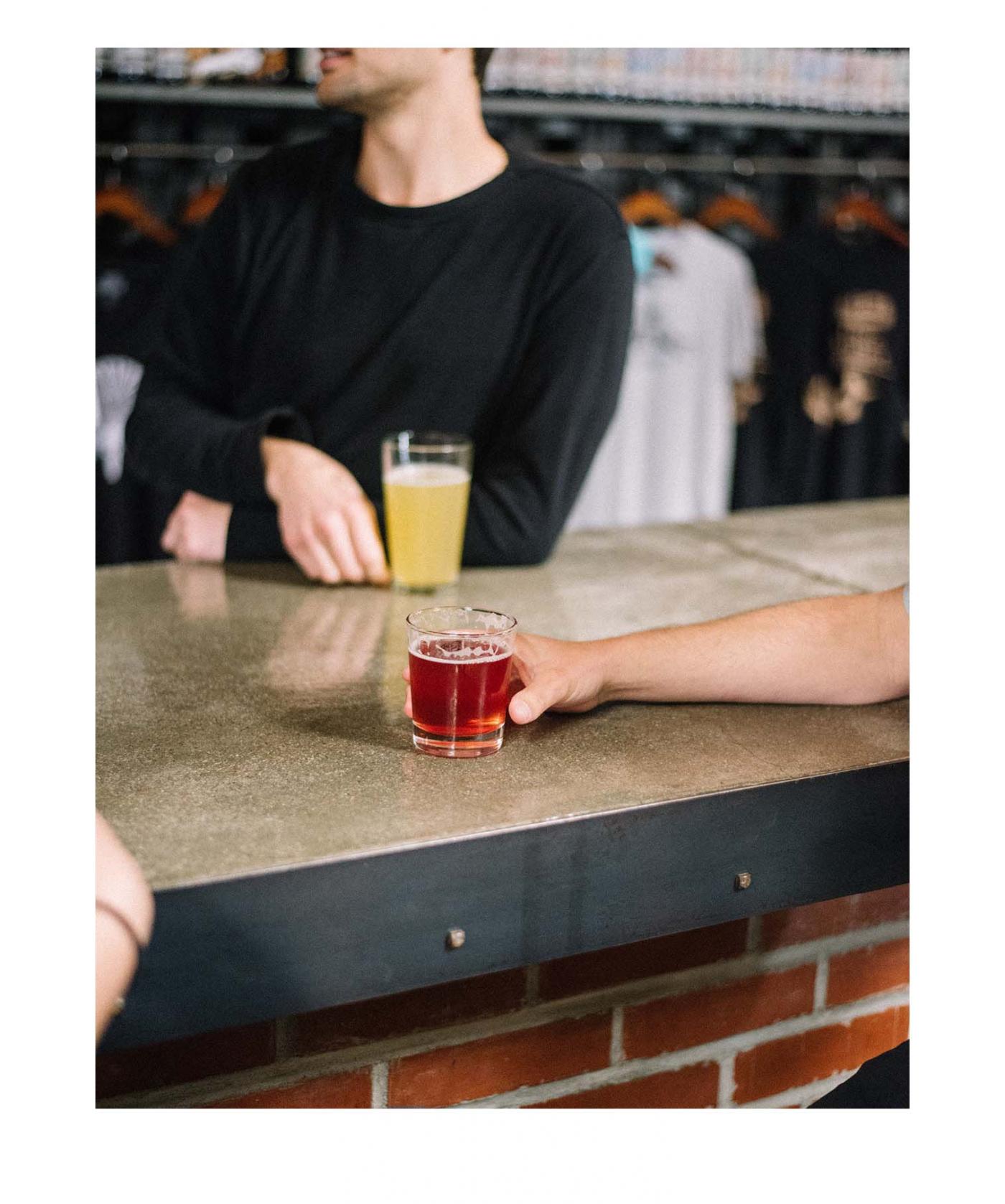 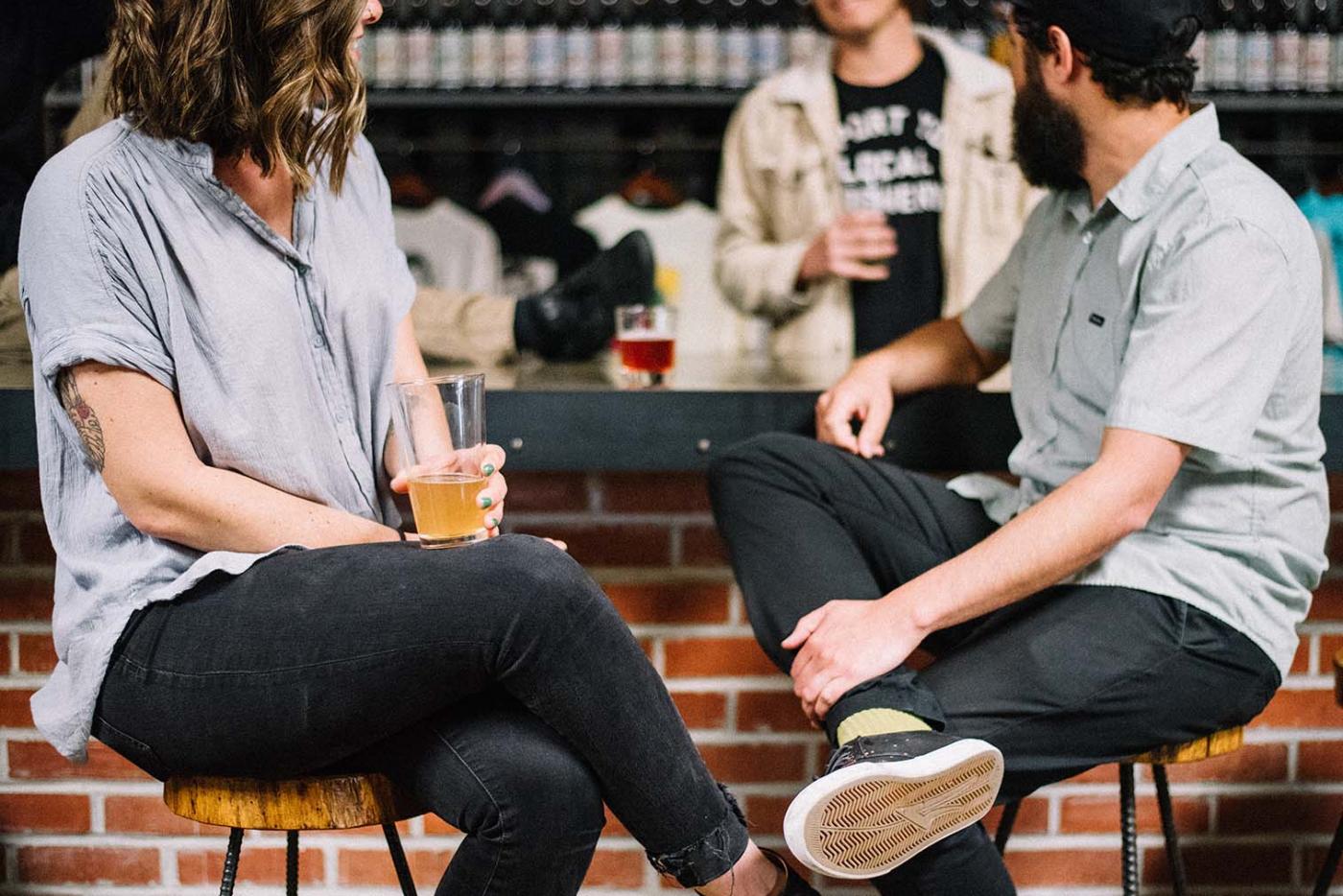 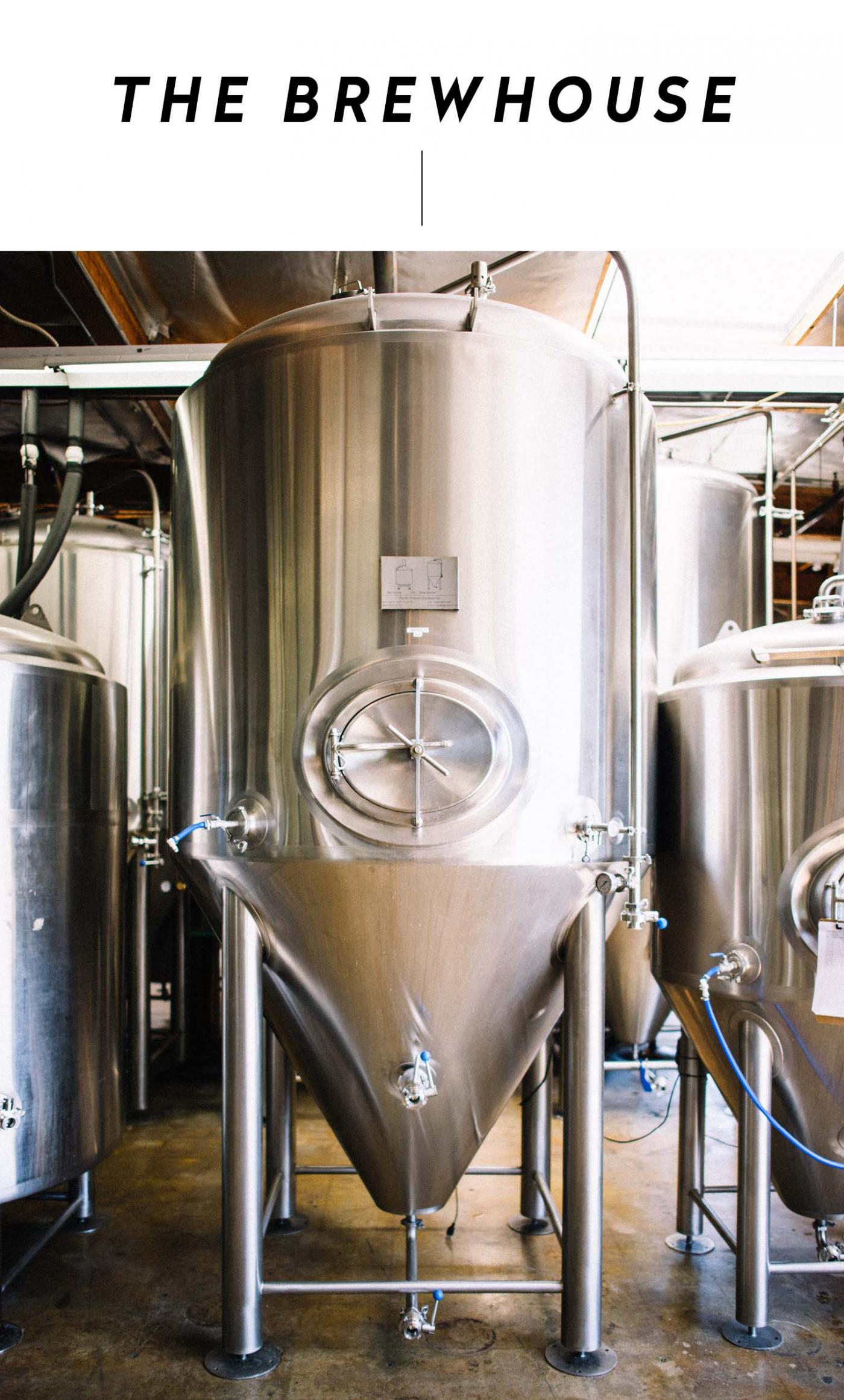 Tell us more about the brewery!

"We have a ten-barrel brewhouse and over the past four and a half years we’ve added about ten fermentors with one brite tank. We can produce anywhere from twenty to sixty kegs of beer a day. A lot of that goes into kegs, but a good chunk of it goes into our bottle or cans." 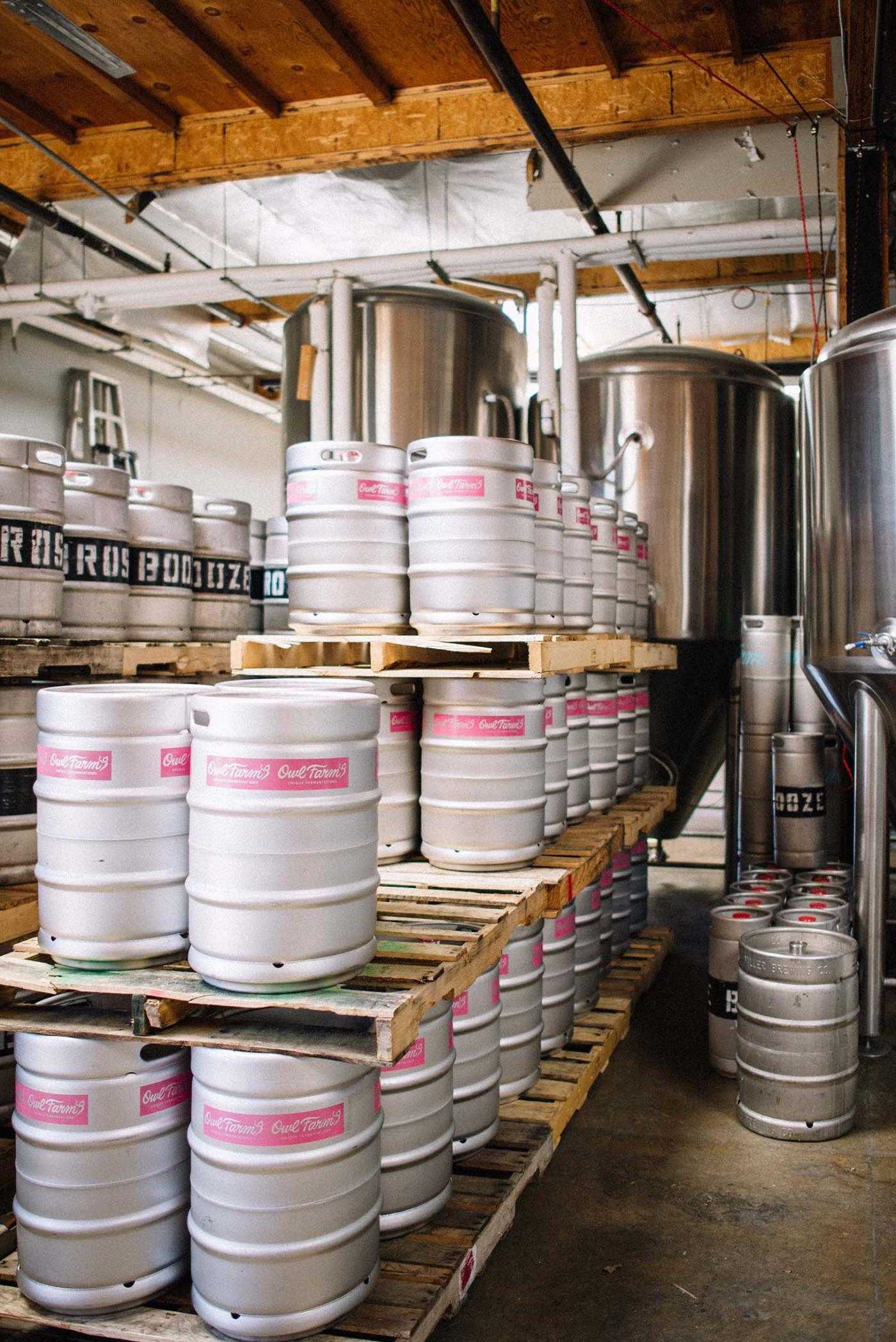 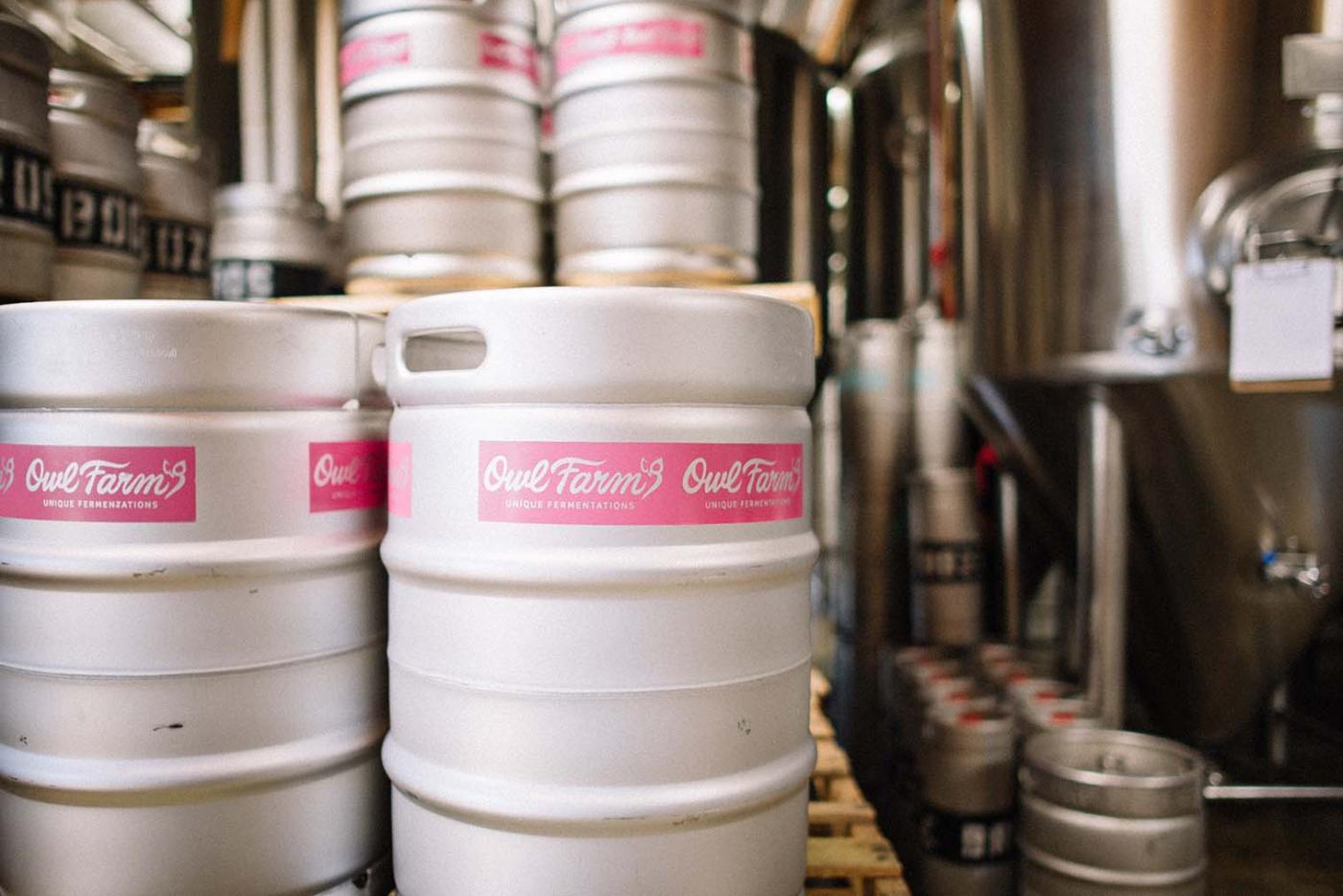 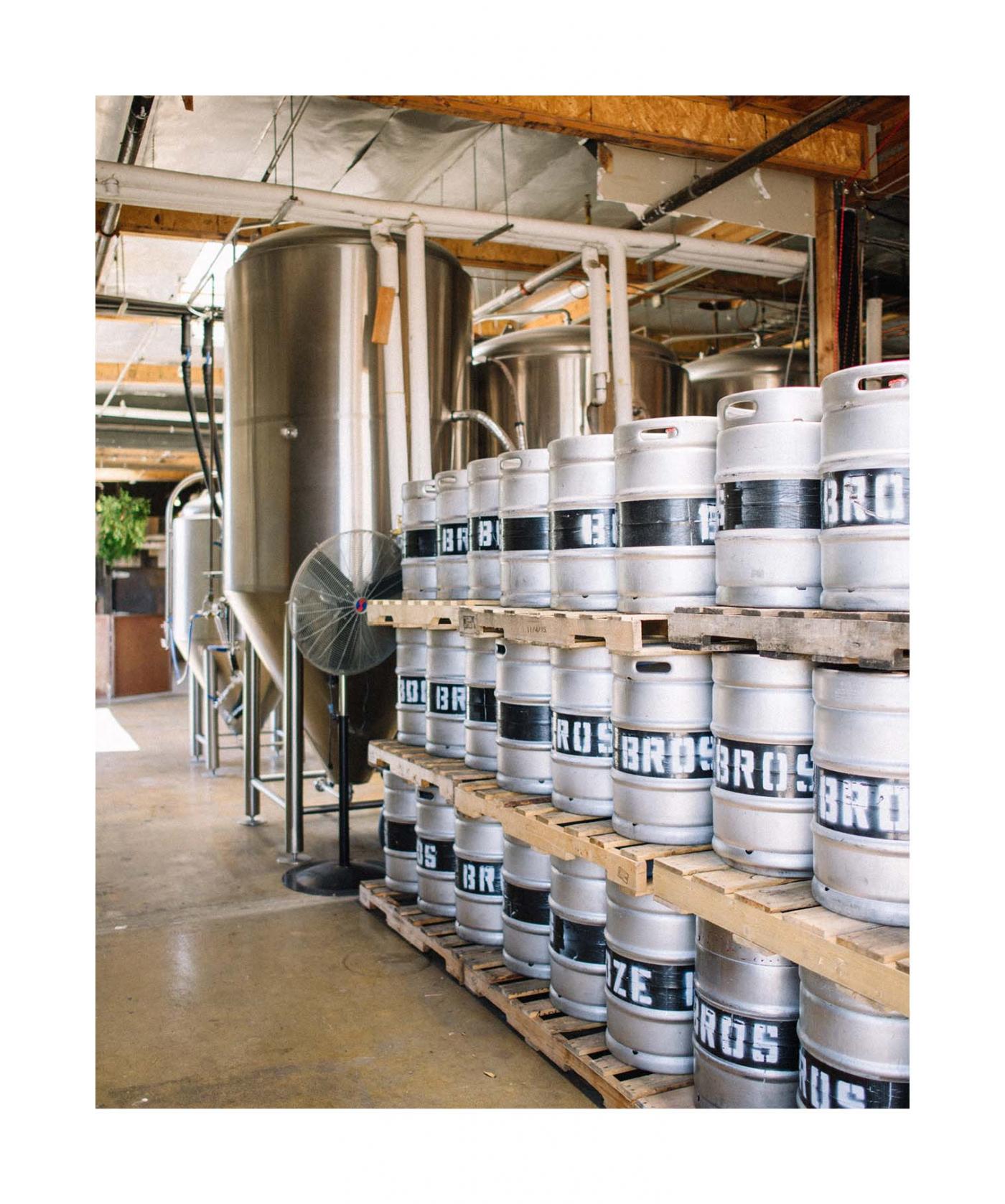 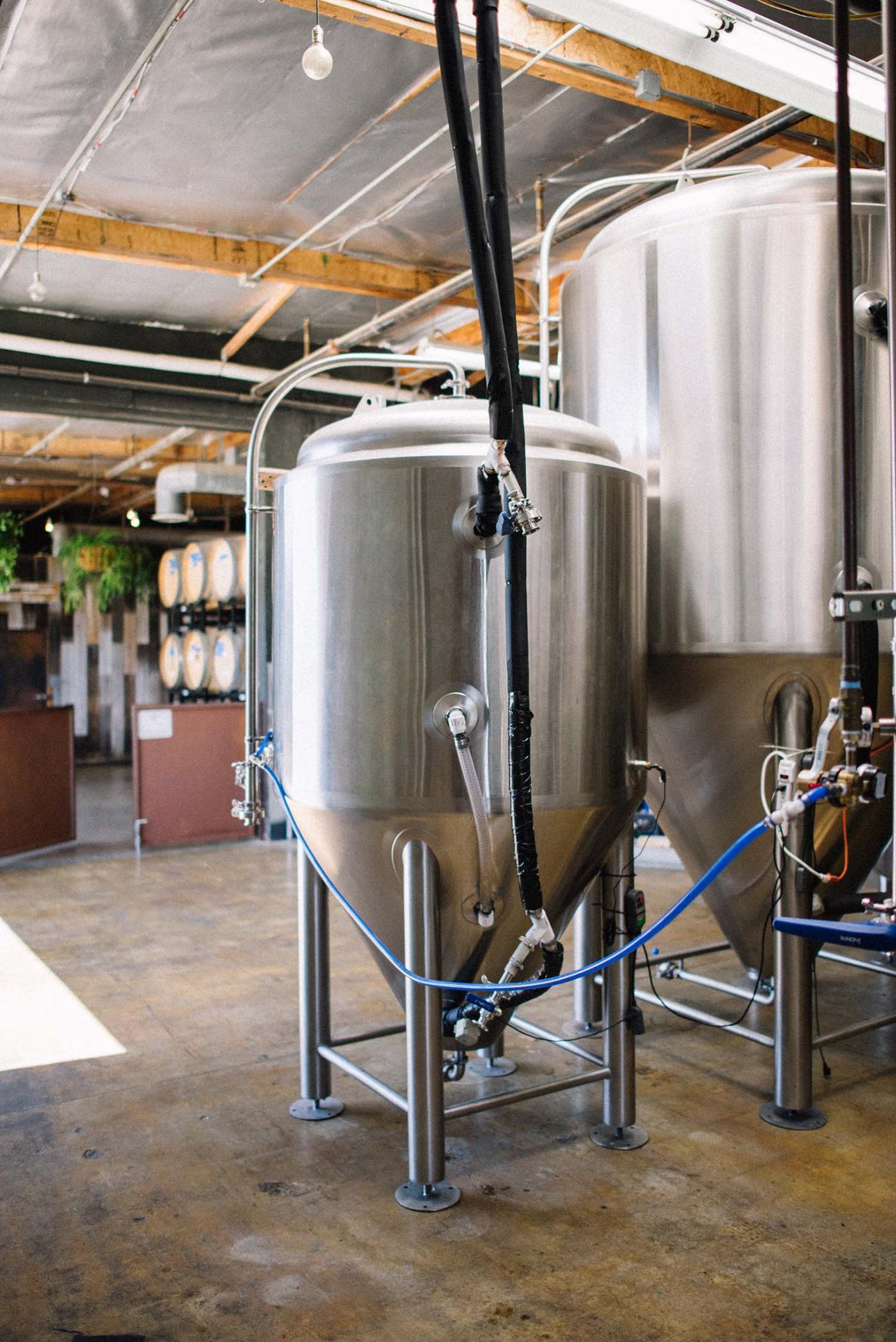 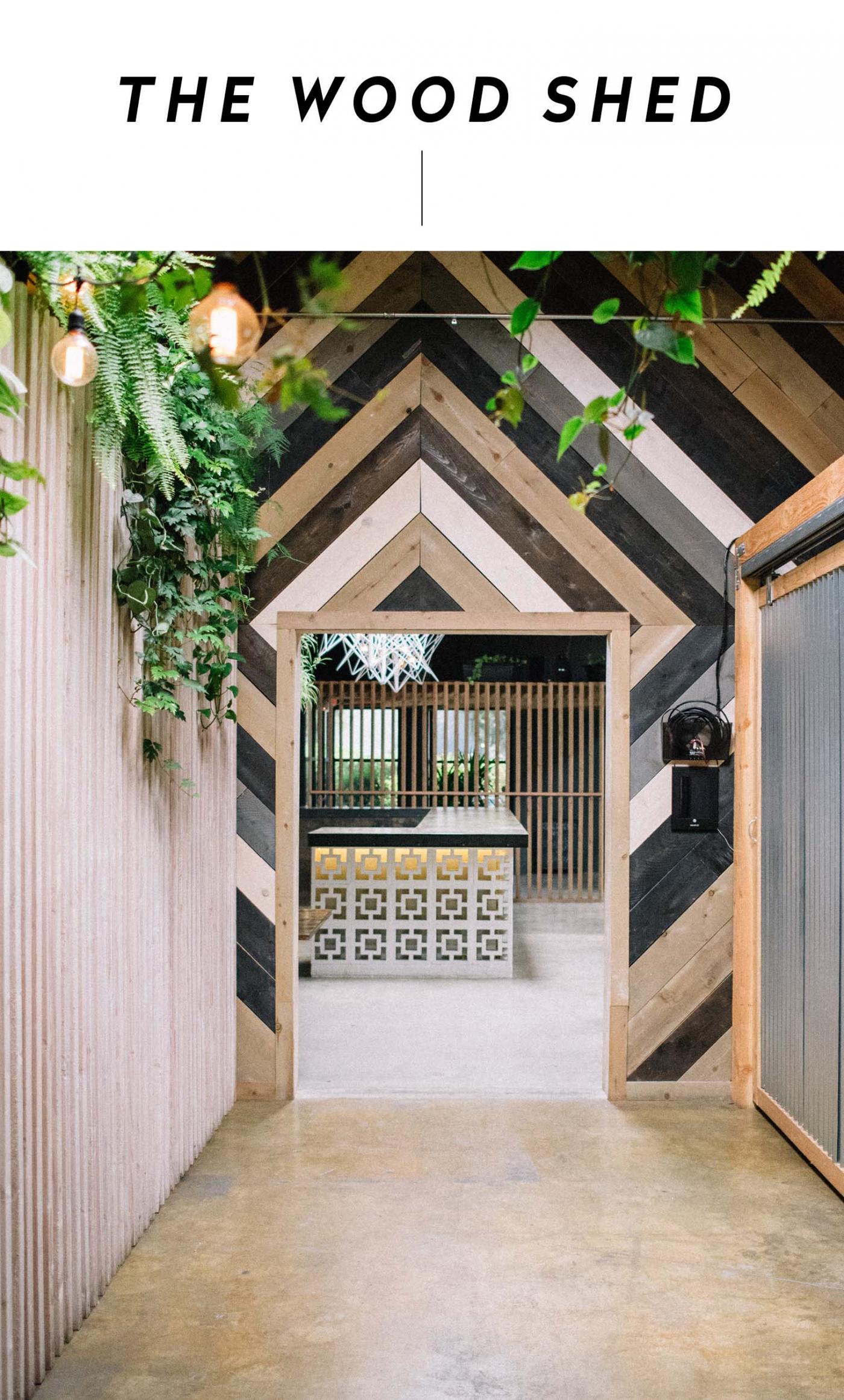 What was the inspiration behind the creation of The Wood Shed venue?

"About a year after being open, we started getting a lot of requests for private events, whether it was a birthday party, corporate party or wedding, we started closing down our tasting room a little more to accommodate that, and at a certain point we started getting so many requests that we realized it might be really cool to put some focus into this. We bought our neighbors out and moved into the space and created The Wood Shed. We gave it a different name so that when people were getting married here they didn't have to tell their Grandmas that they were getting married at Booze Brothers. We gave it a little bit of a mature look and theme and just overall wanted to have a real wedding experience rather than just a tasting room." 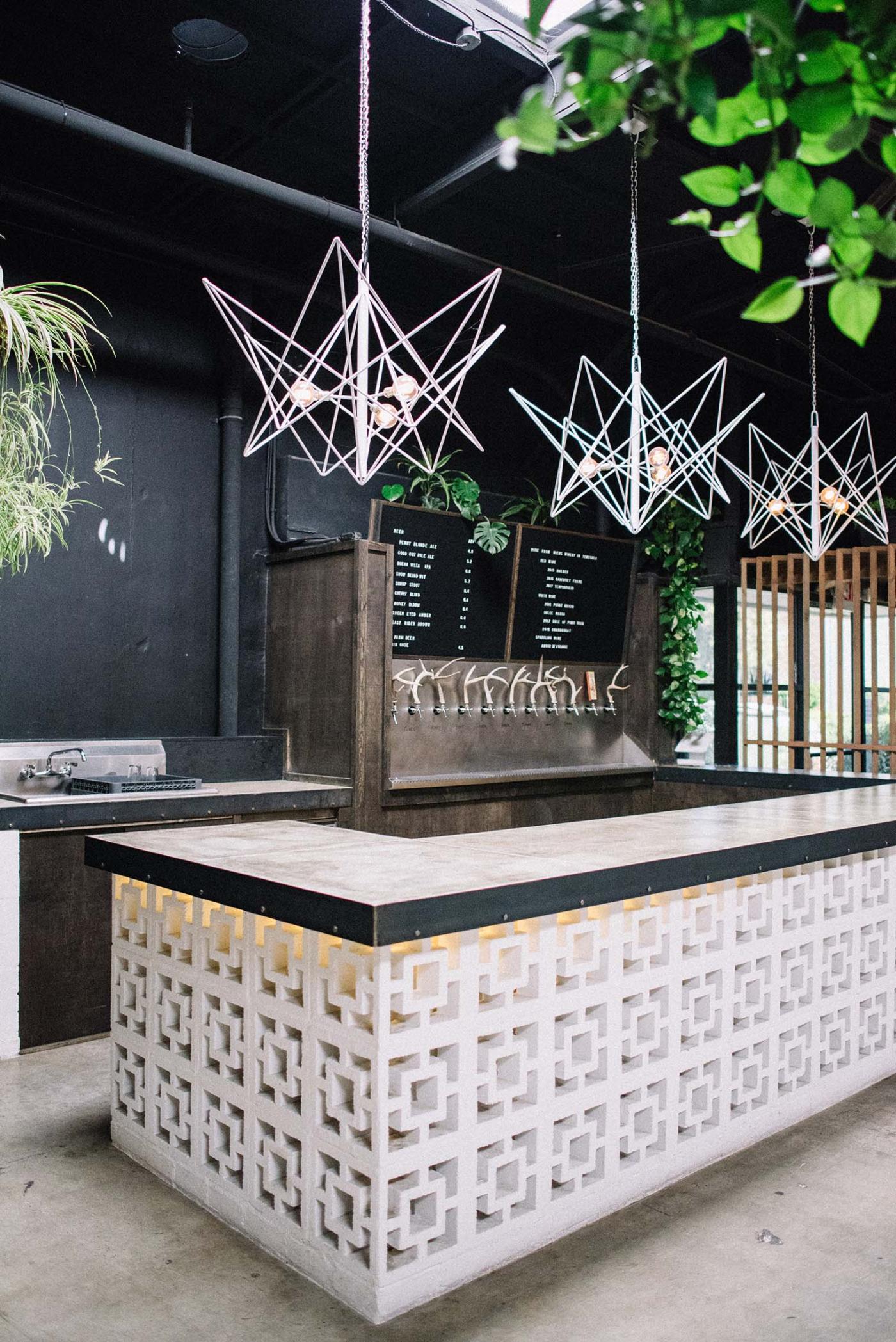 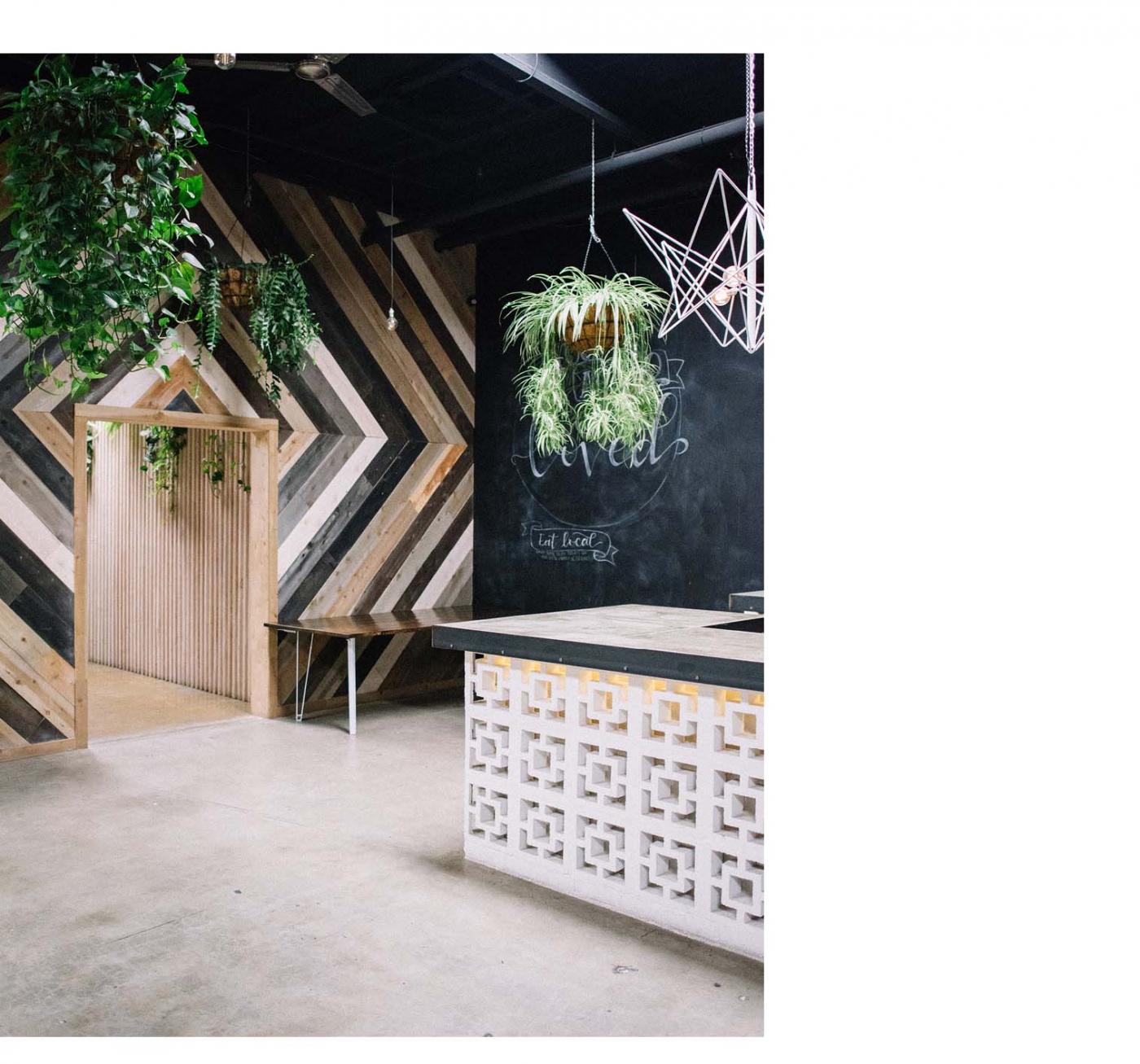 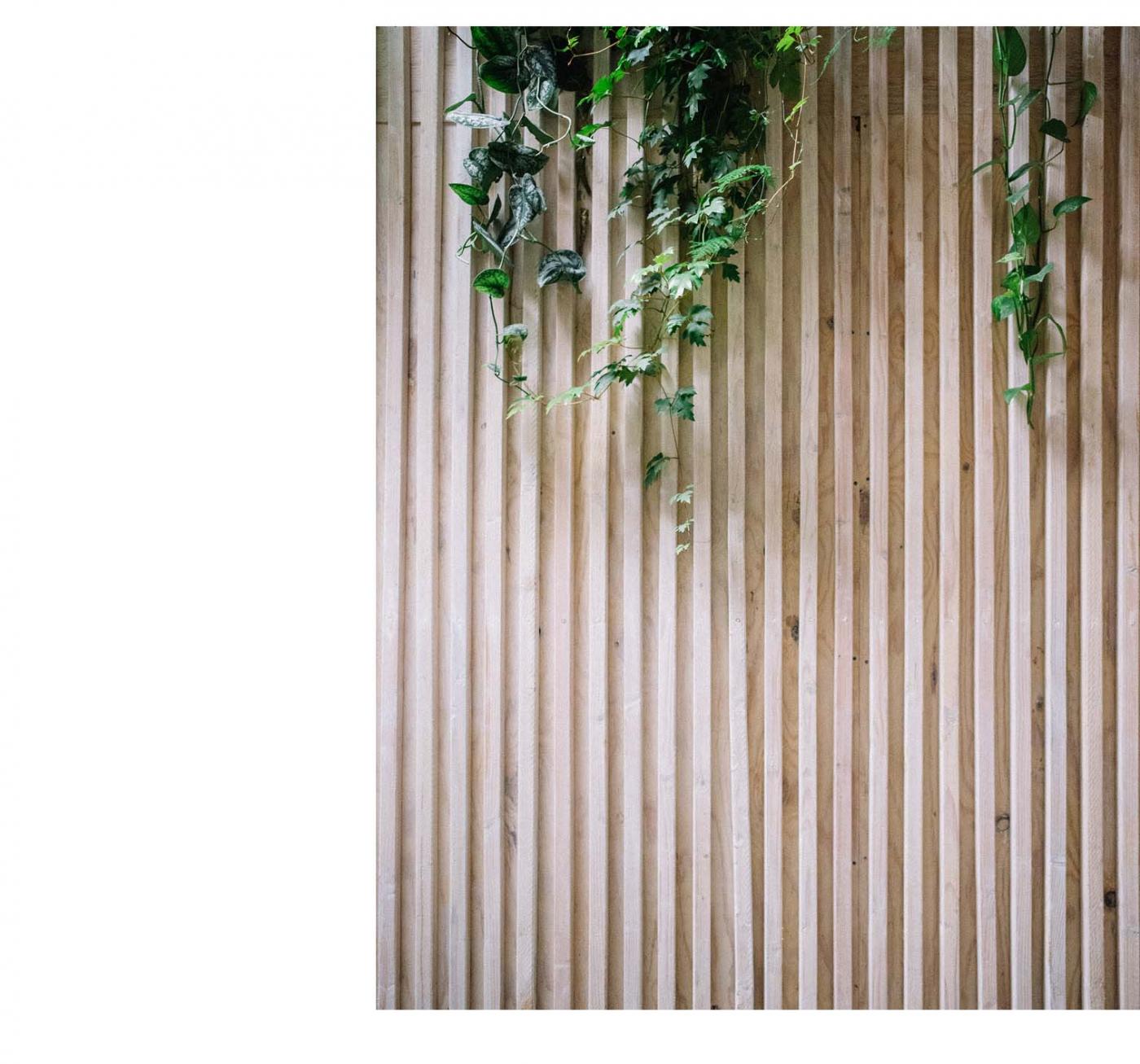 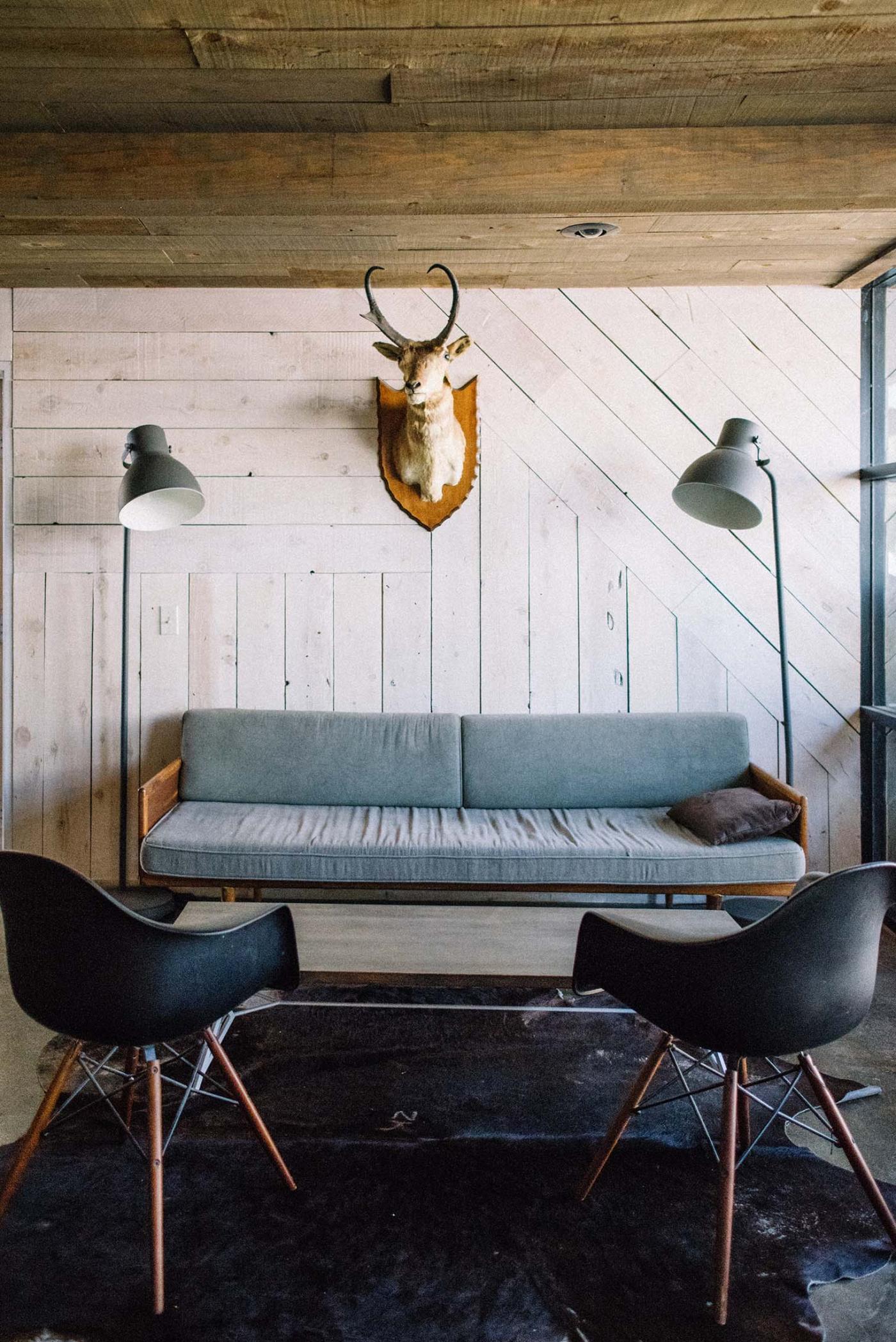 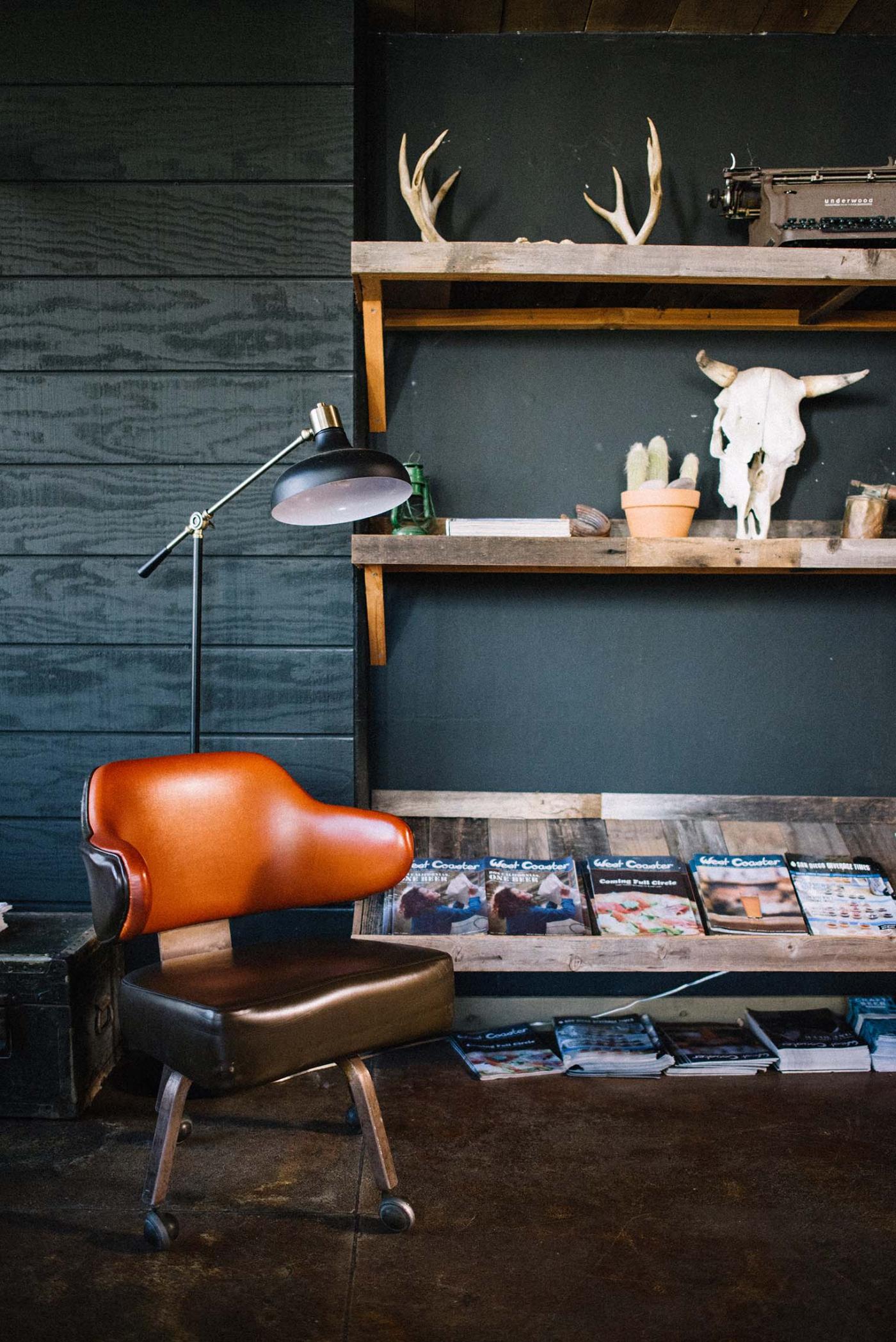 Is there anything that we can look forward to from Booze Brothers?

"Now that we have been open for about four and half years, we’ve been honing in on what our strengths are. We are really pushing our distribution and getting our beer outside of San Diego and into LA, Orange County and Riverside. We just started a second brand, Owl Farm Unique Fermentations, and that’s all fruit forward, unique off-the-wall beers. That’s a whole second brand to appeal to a totally different market." 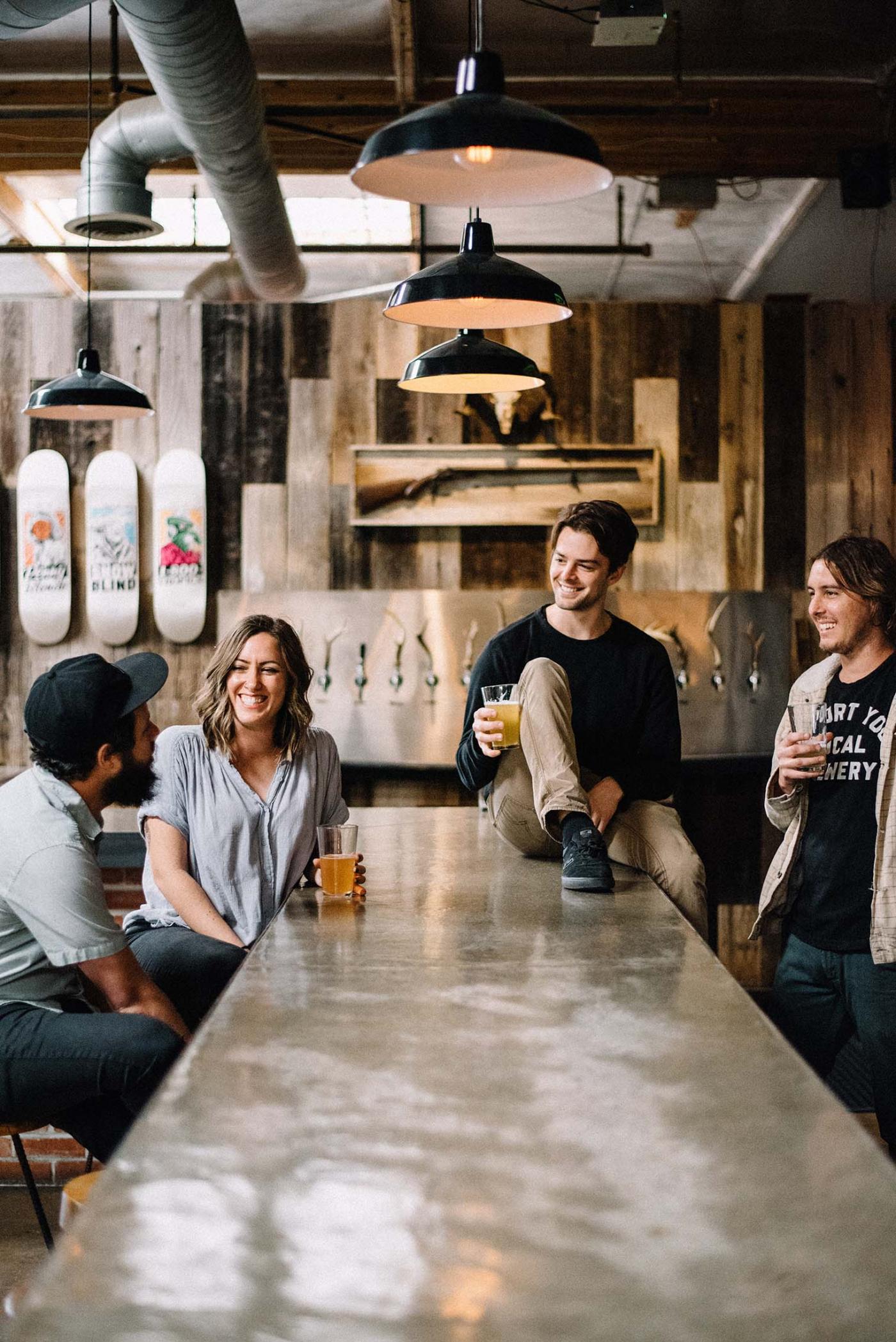 Book your next event at The Wood Shed here →