Twenty years into the business, and Outstanding in the Field continues to lead the farm-to-table dining movement. Founder, Jim Denevan started his pop-up dinner series back in 1999, bringing diners to local farms around his hometown of Santa Cruz, California to feast on meals created in the open fields. His team – which works with regional award-winning guest chefs at every location they visit – has since hosted long-table dining experiences everywhere from a vineyard in Burgundy to a farm on Whidbey Island to a winery set beside Mt. Fuji. These dinners, which have taken place throughout the United States and around the world, encourage guests to engage with local farmers and really get to know the process and the work that goes into planning a dinner party that’s anything but traditional.

A recent highlight for the OITF team was a dinner on the Malibu Pier, a tough place to score a private event. Jim explains more below about the dynamic event venue and its inherent obstacles, Scott Clark shares his gorgeous captures of the gathering, and Lisa Supple gives us the 411 on how Jim combined his chef skills with his interest in organic farming to develop OITF. Head over to the Outstanding in the Field website to follow the bus through the Rockies, Canada, the Southwest and back to California from now through November. 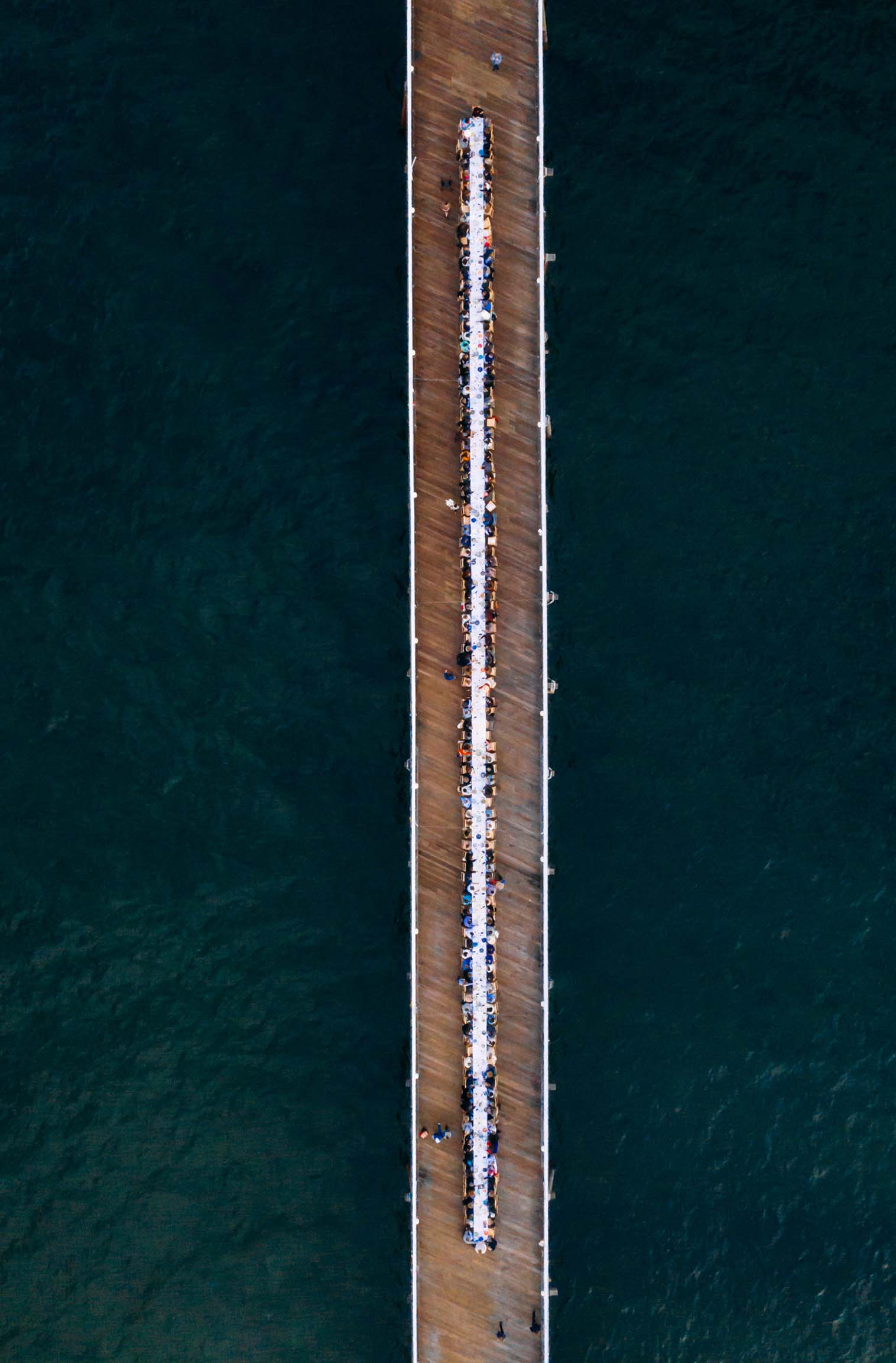 Tell us a little bit about OITF and how it started.

Lisa: Check out the overview below and also this great video, recently released. It really shows what OITF is all about.

Jim started doing dinners in farm fields in 1999 when he was the chef at Gabriella Cafe in Santa Cruz. He had been doing "farmer dinners" at the restaurant - bringing farmers in to talk about their work at prix fixe meals. He knew them all because the weekly Santa Cruz Farmers Market is just a couple blocks from Gabriella, and Jim was there every week with his bike and attached wagon to cart fresh produce back to the kitchen (plus, Jim's brother, Bill Denevan, is a pioneering organic farmer and Jim worked in his apple and pear orchards in the Santa Cruz Mountains when he was a teenager). The lightbulb moment came when he thought: Instead of bringing the farmer to the restaurant, why not bring the restaurant to the farm? 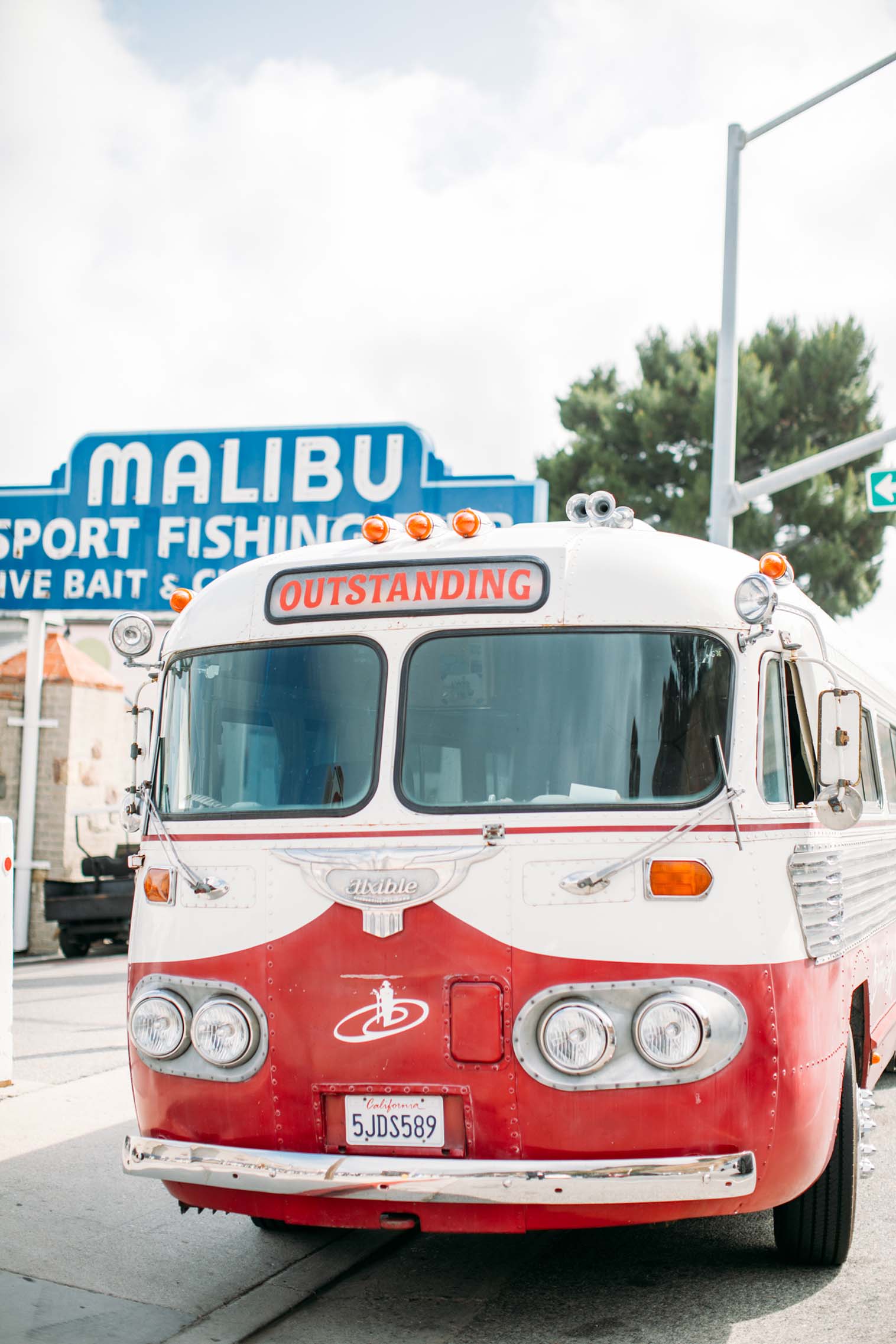 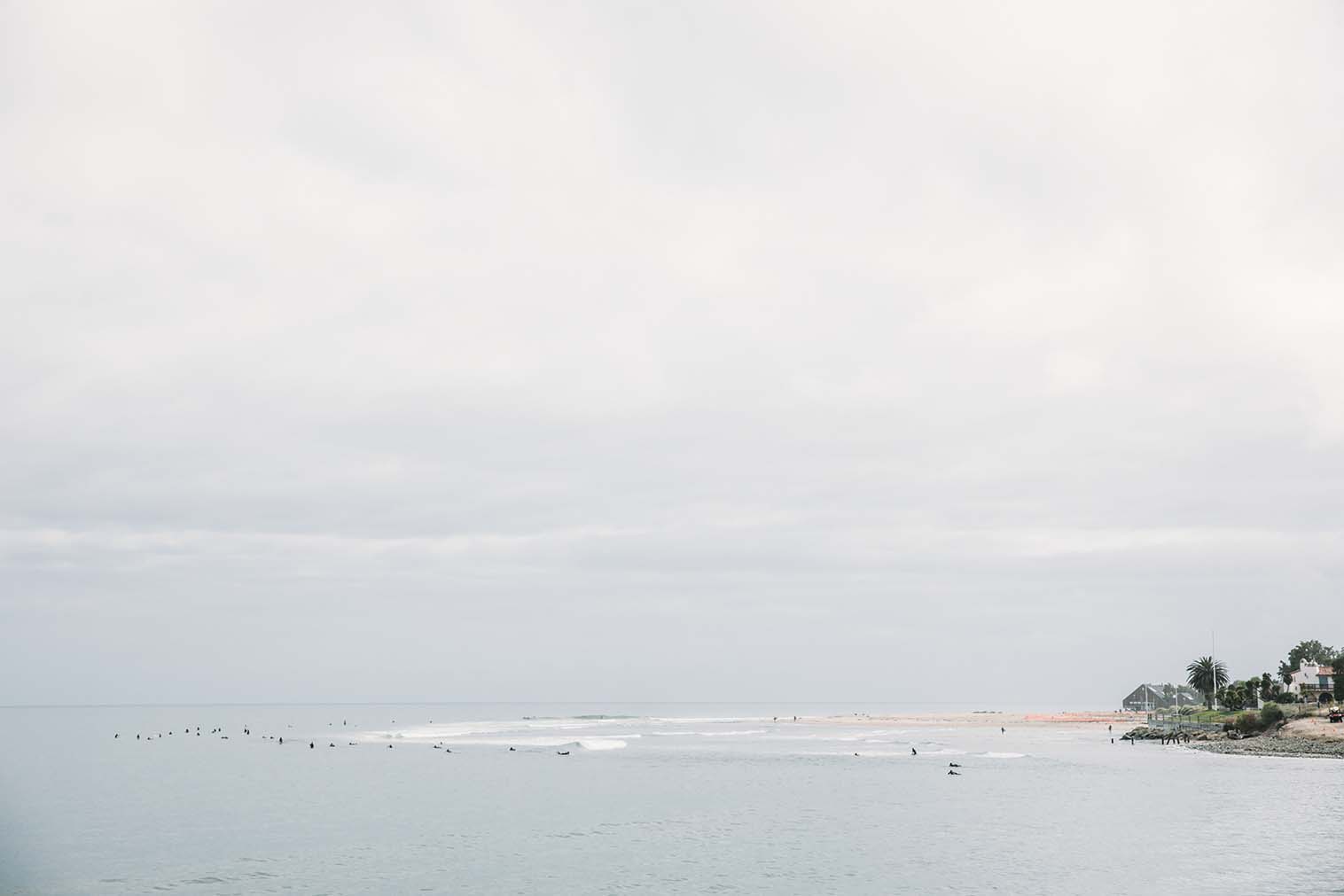 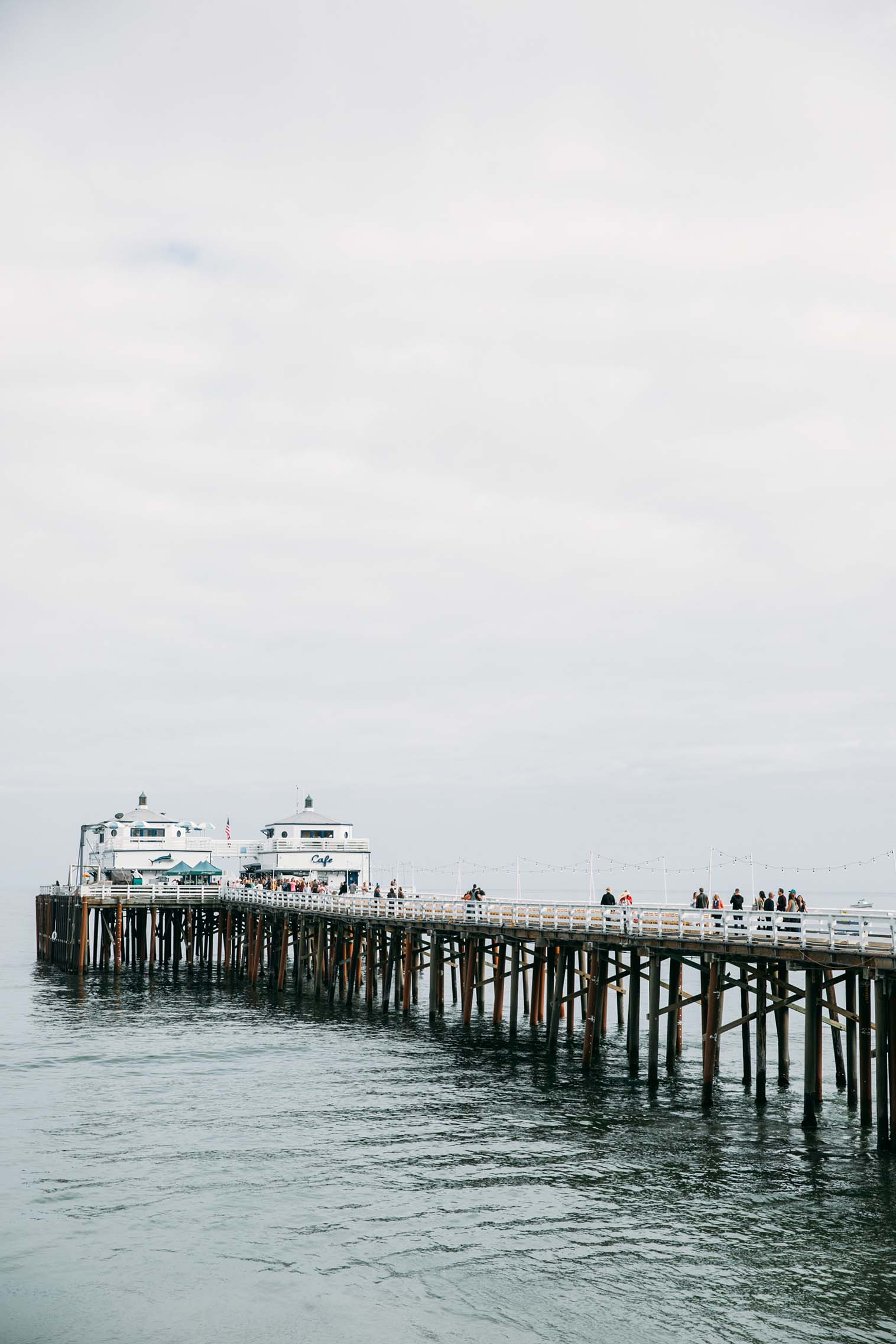 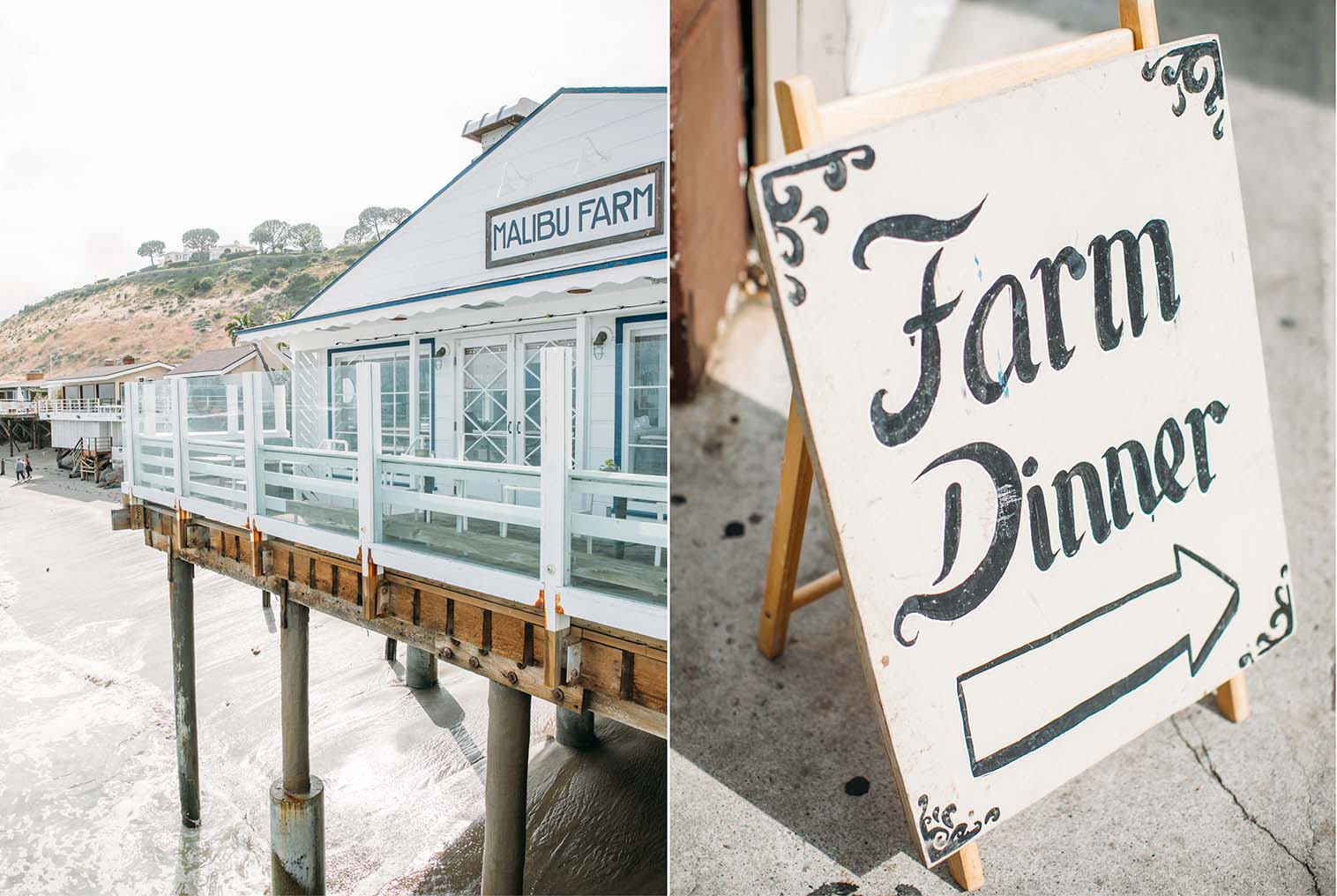 What was the inspiration behind this gorgeous evening?

Jim: We've had our eye on the Malibu Pier for years. I love the idea of being surrounded by the ocean where the fish on the plate were landed. We met with the Malibu city council and it took several meetings to clear the way and get the OK. Then on event day we had to move 20 heavy concrete benches to make room for the long table. It was a challenging but ultimately spectacular site. 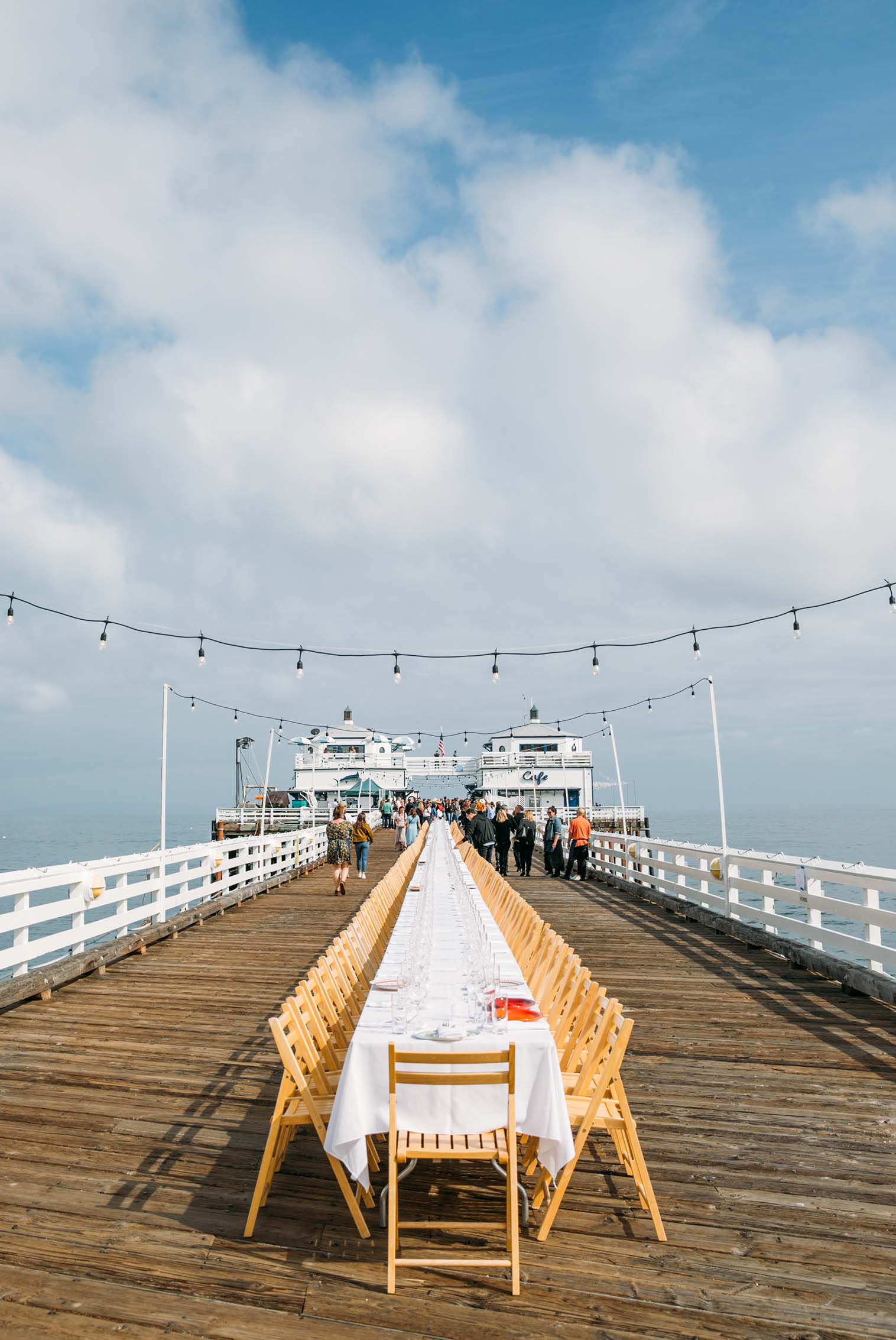 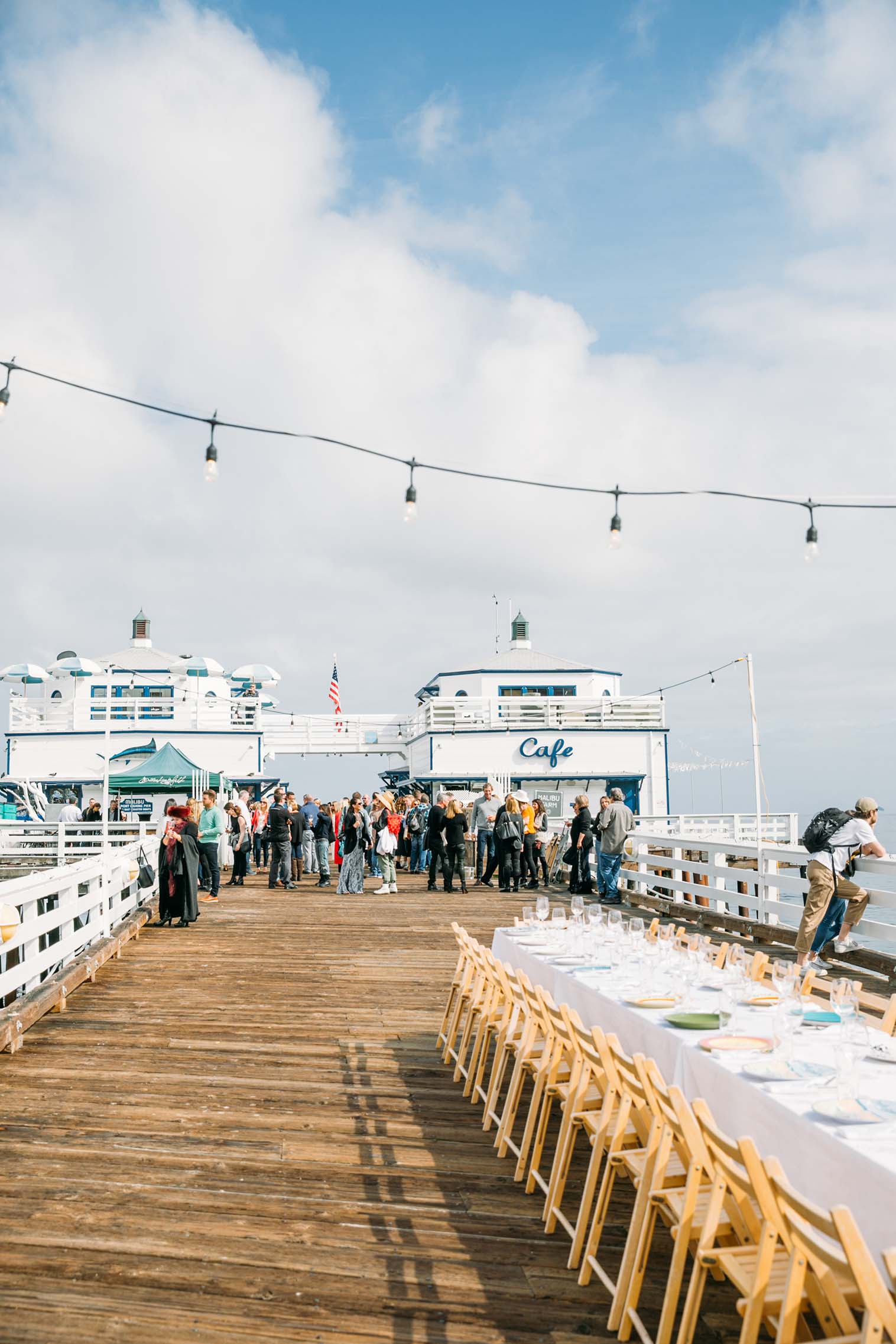 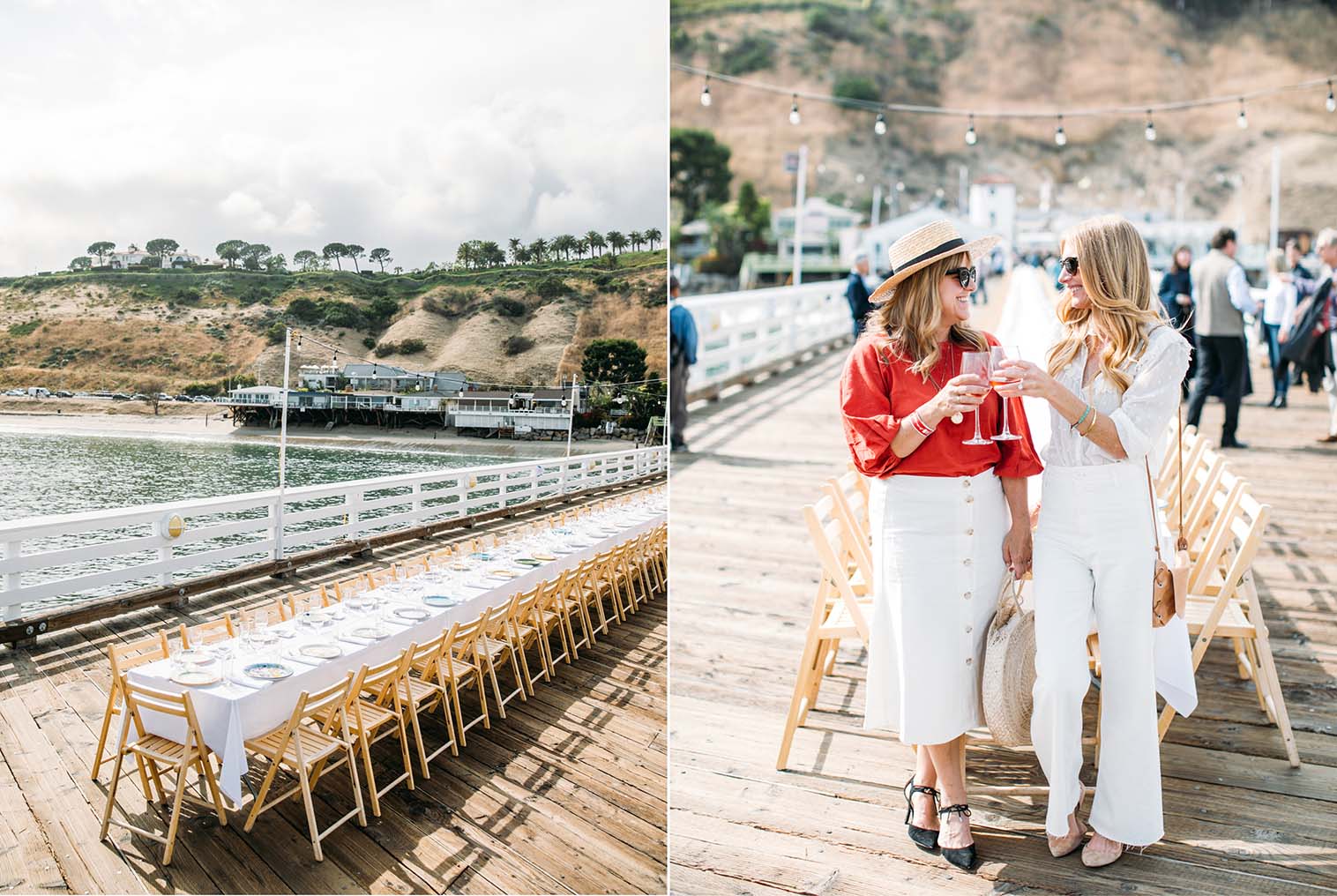 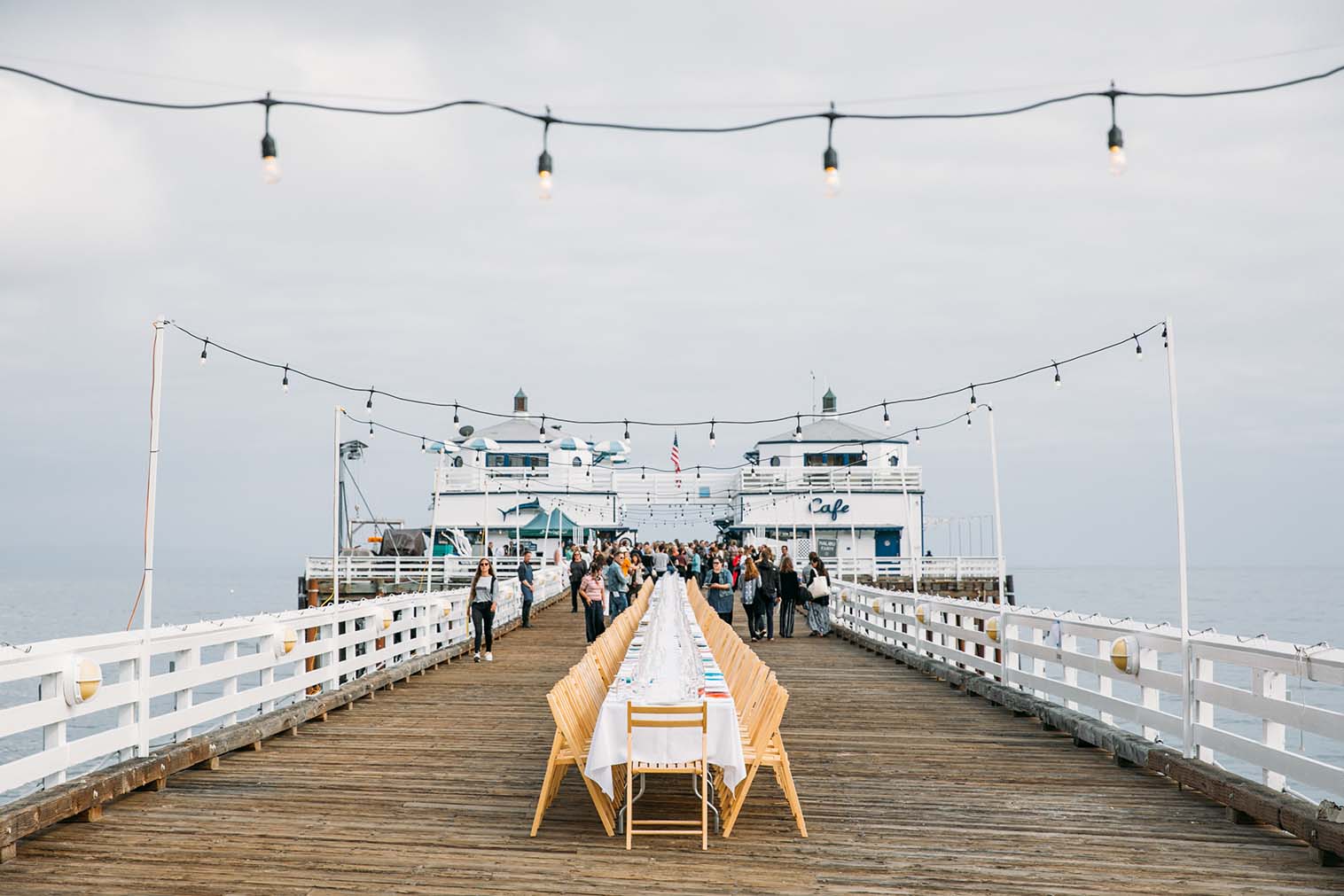 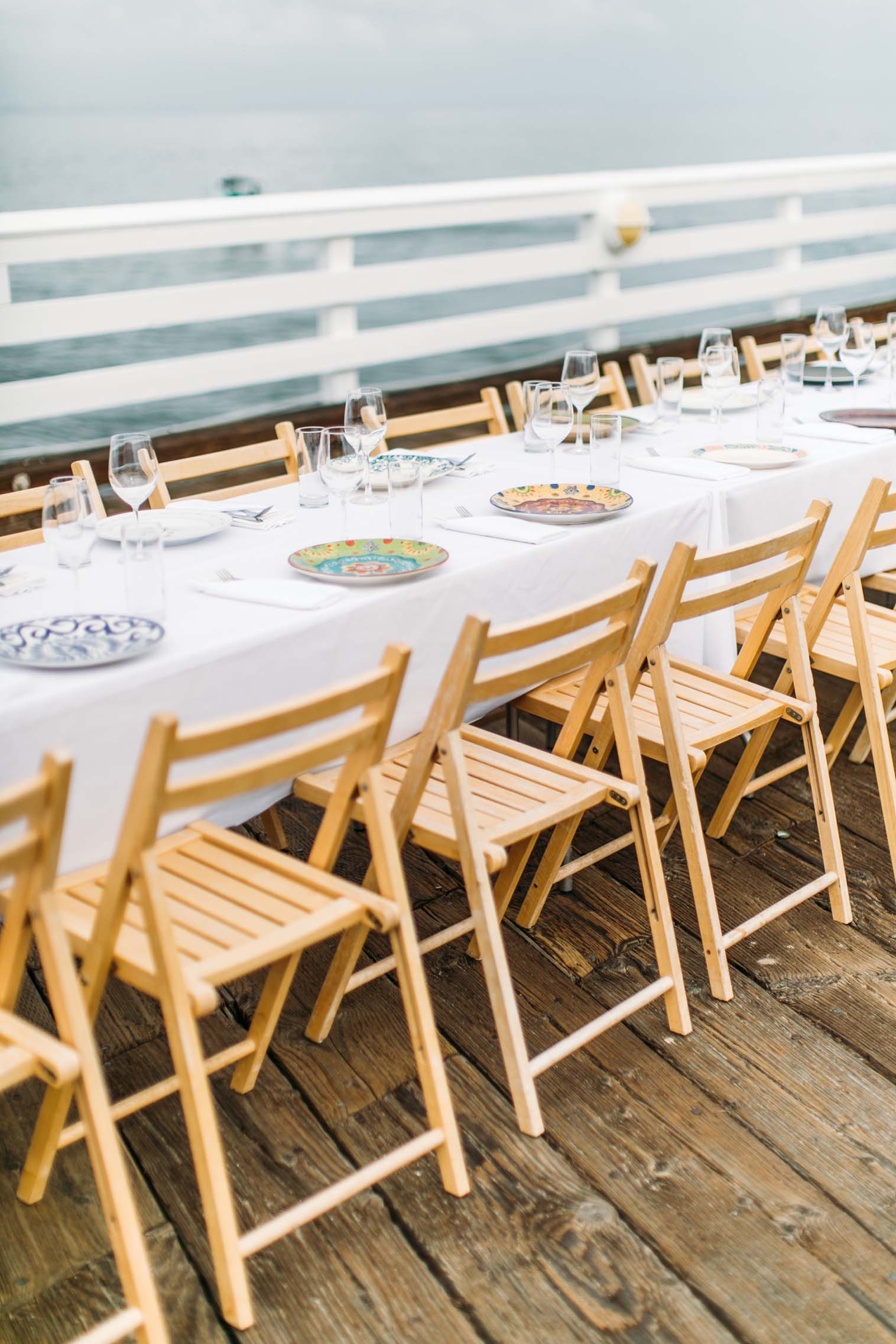 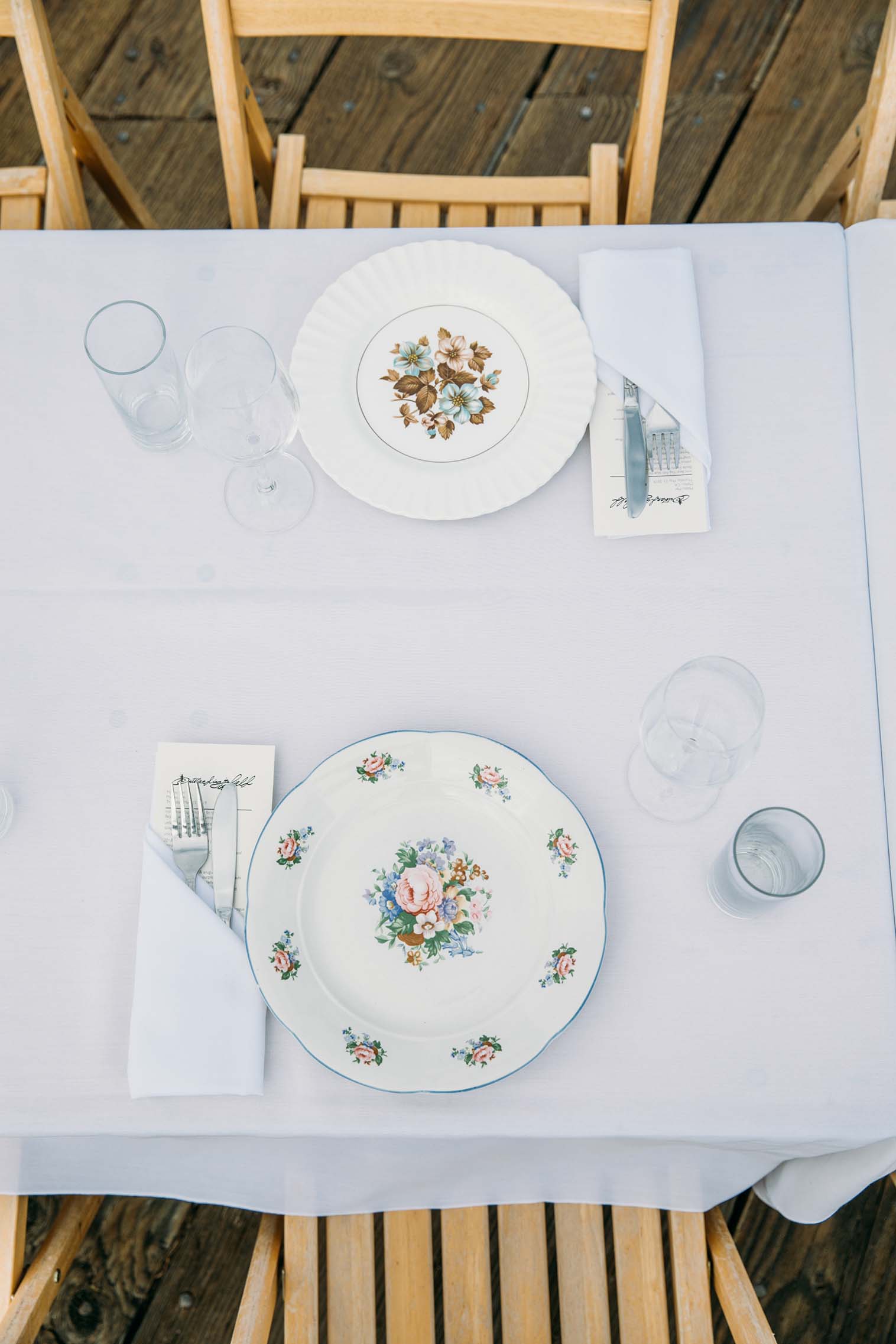 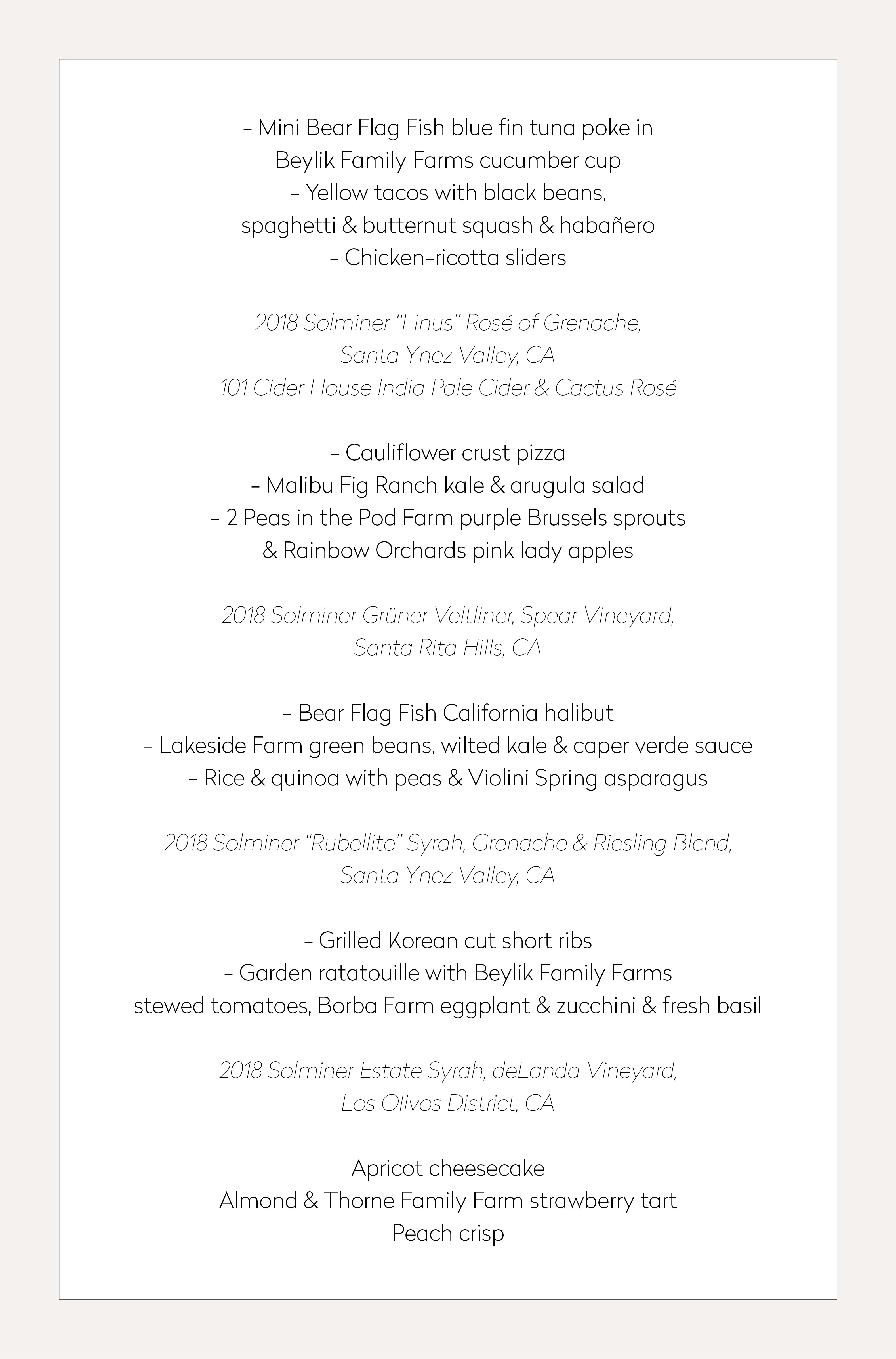 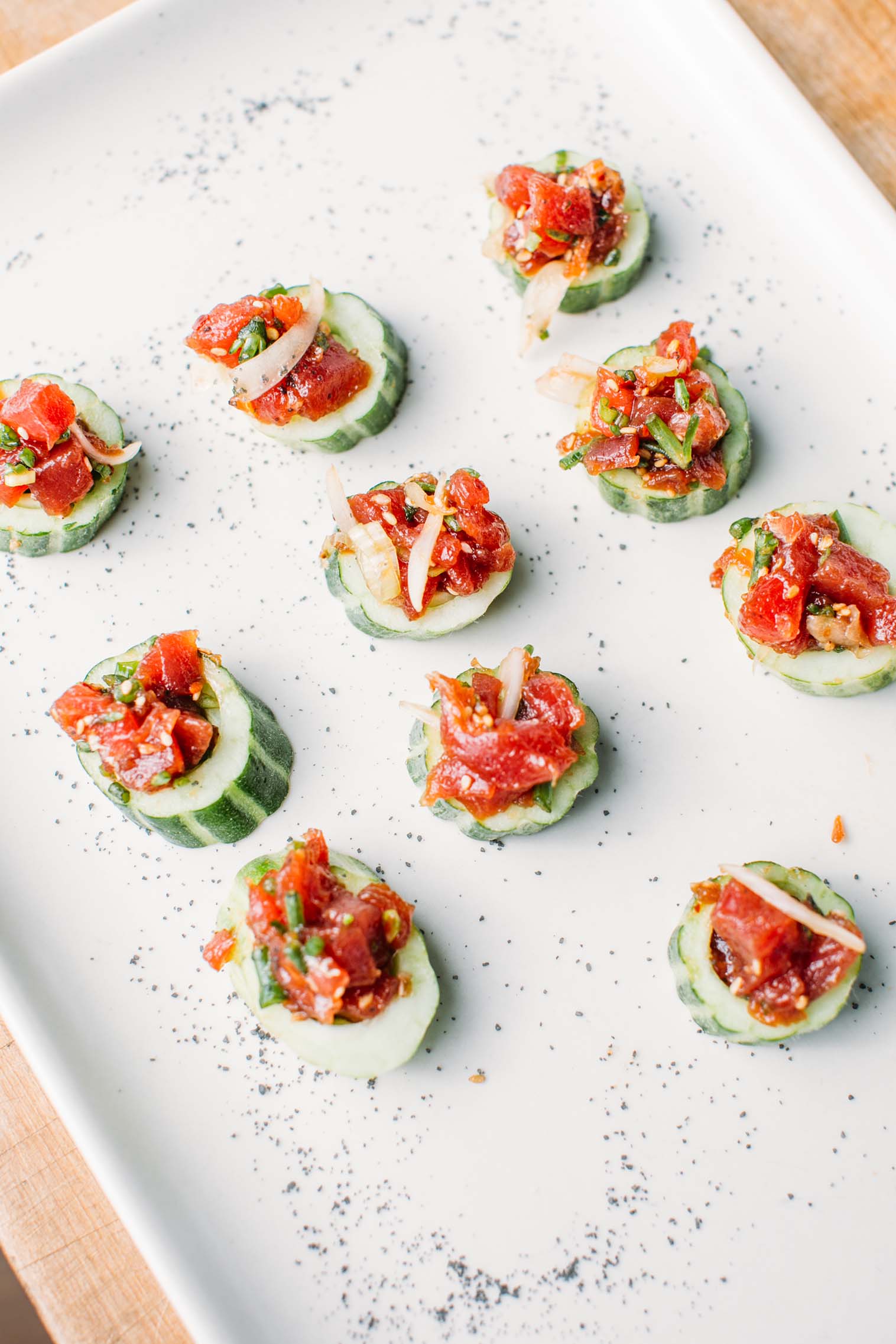 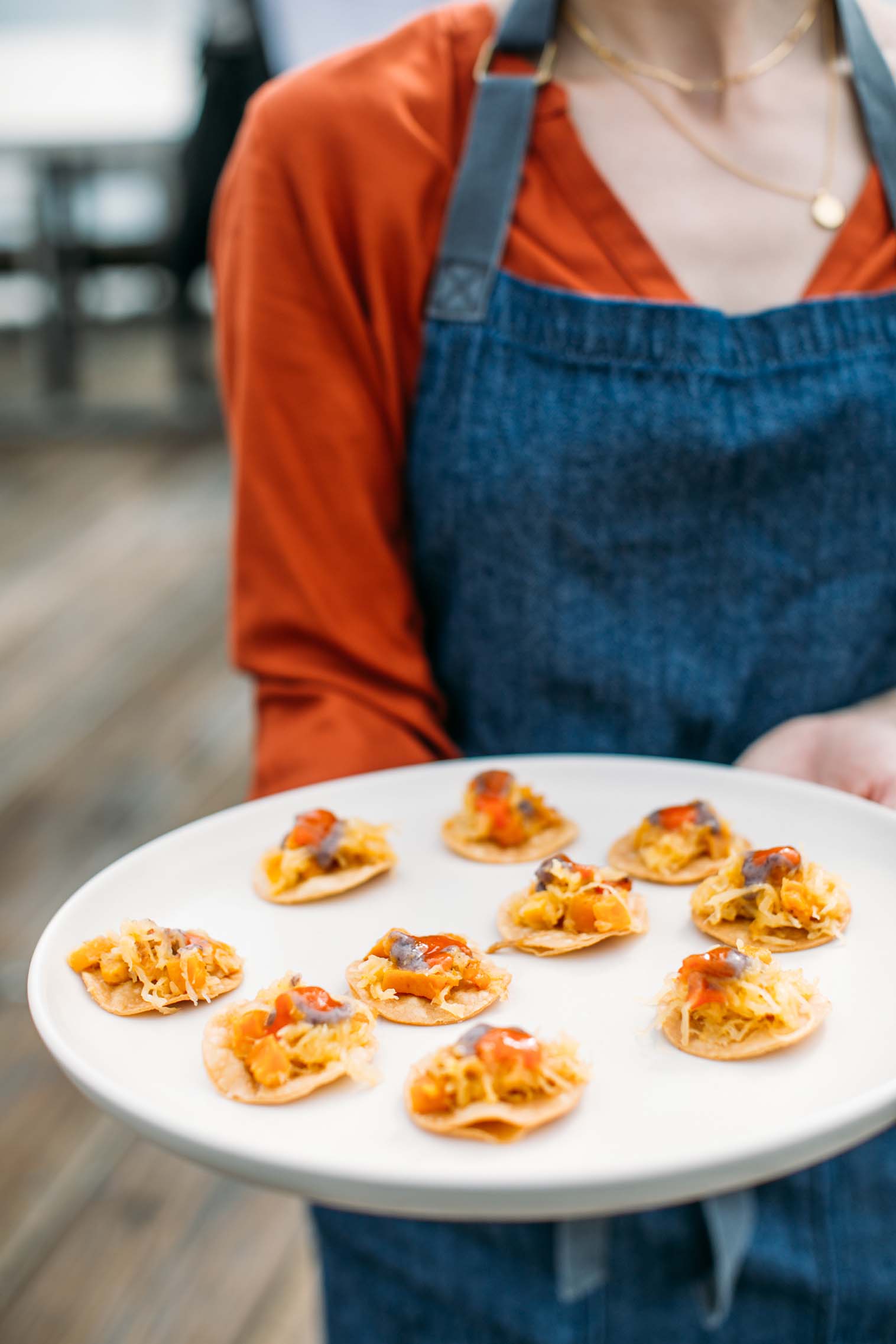 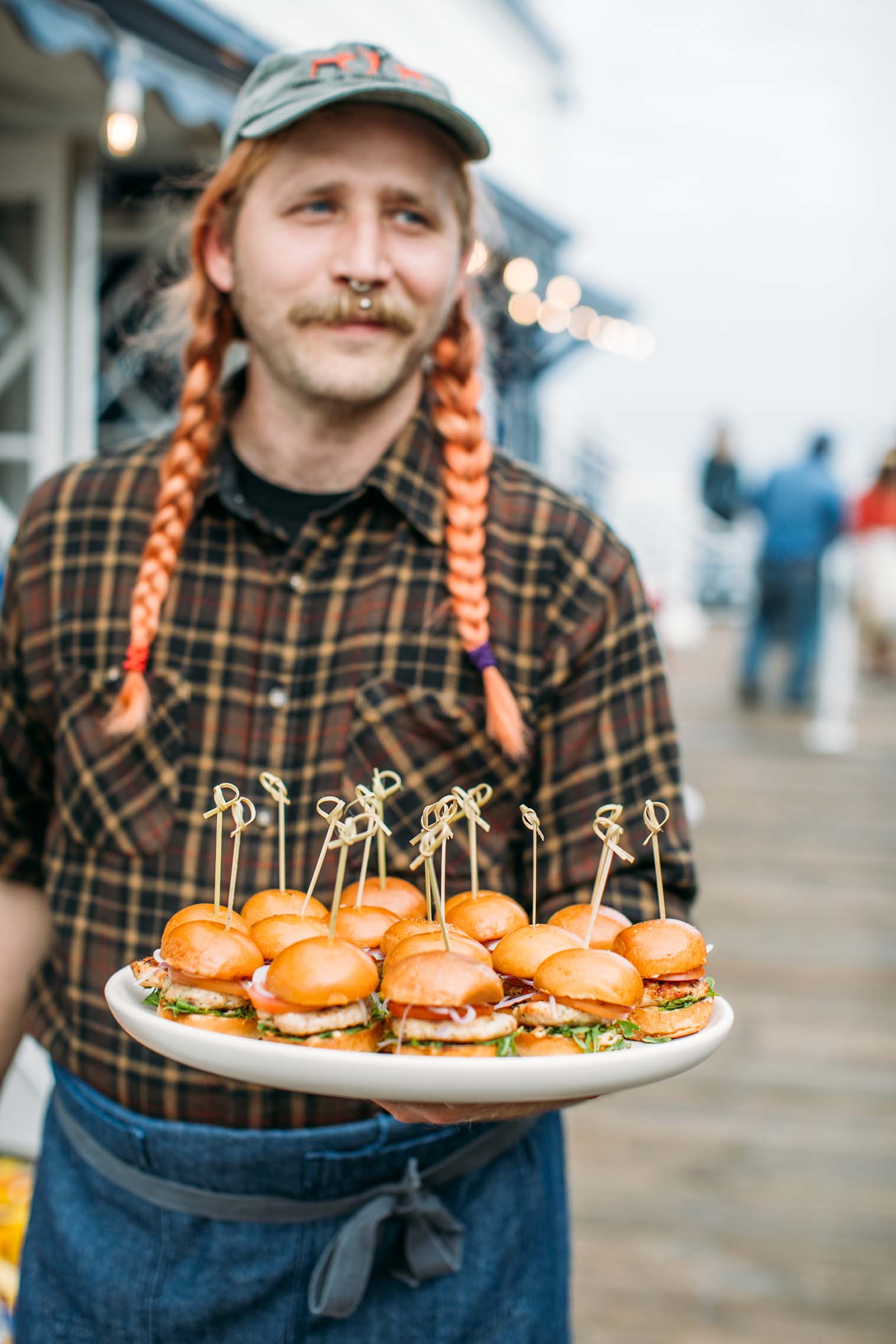 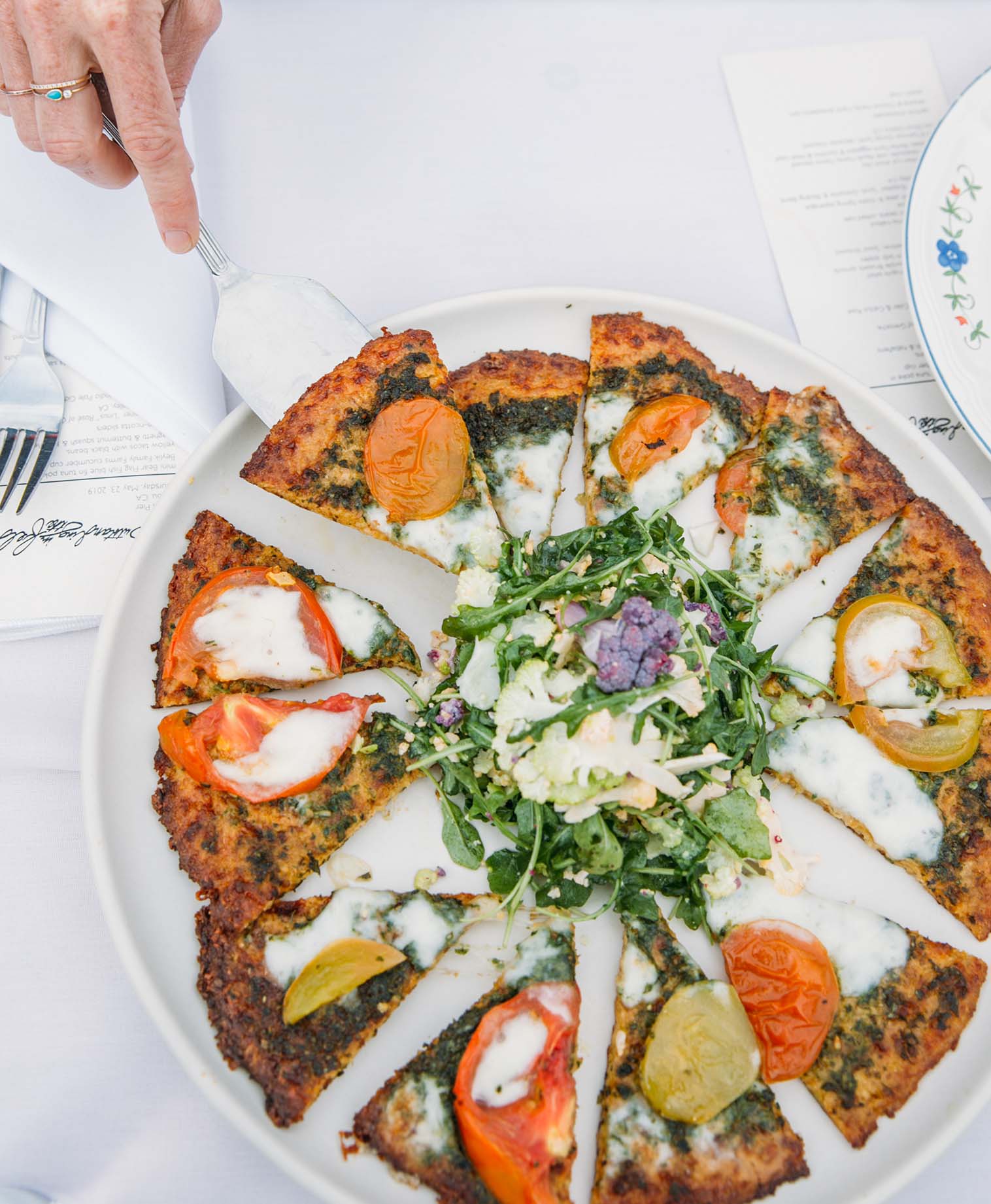 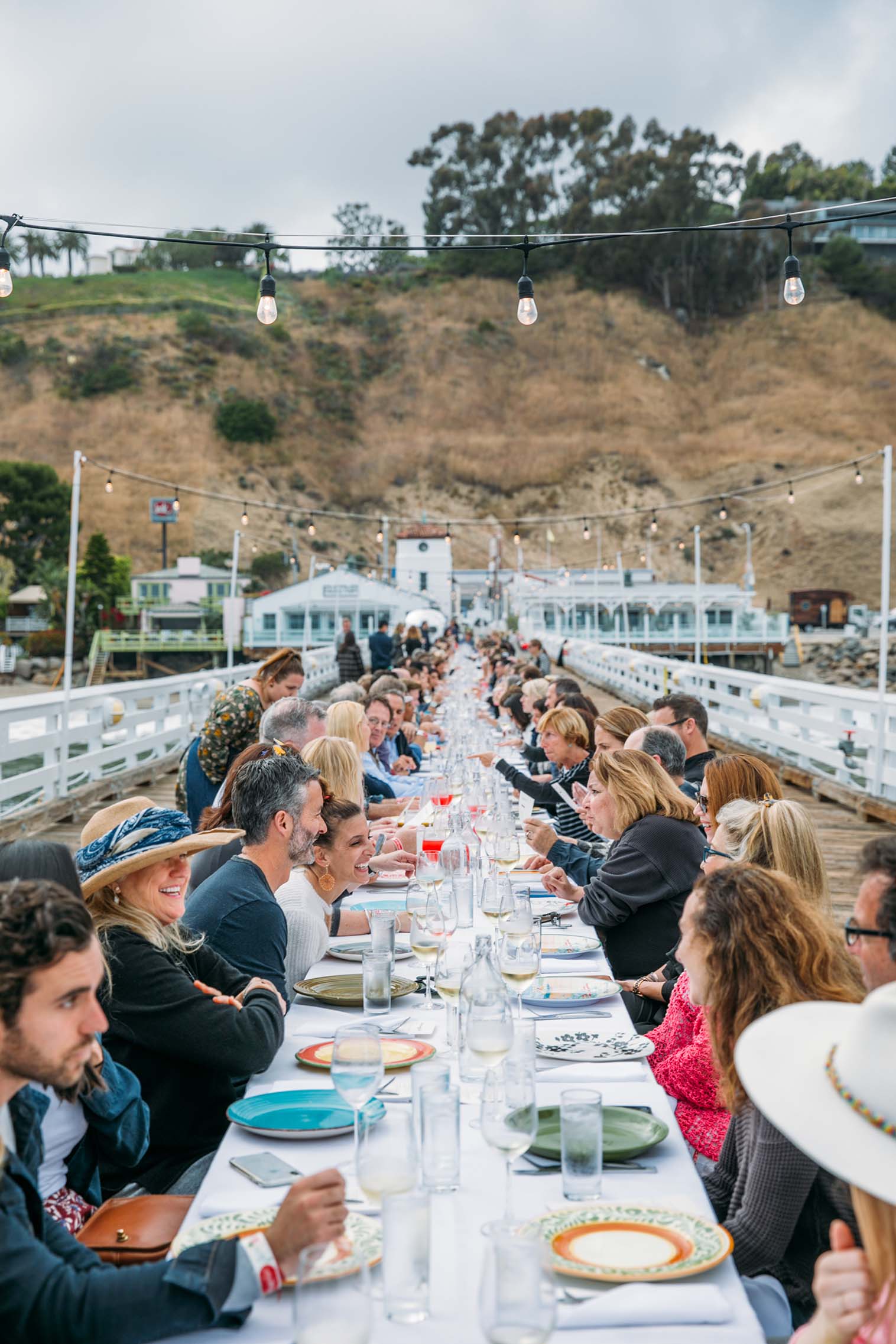 Were there any obstacles having a gathering on the Malibu Pier?

Lisa: Getting the go-ahead from the city council for such an iconic spot was a big one, but they finally said yes. And the event went so well that they've invited us to come back again. 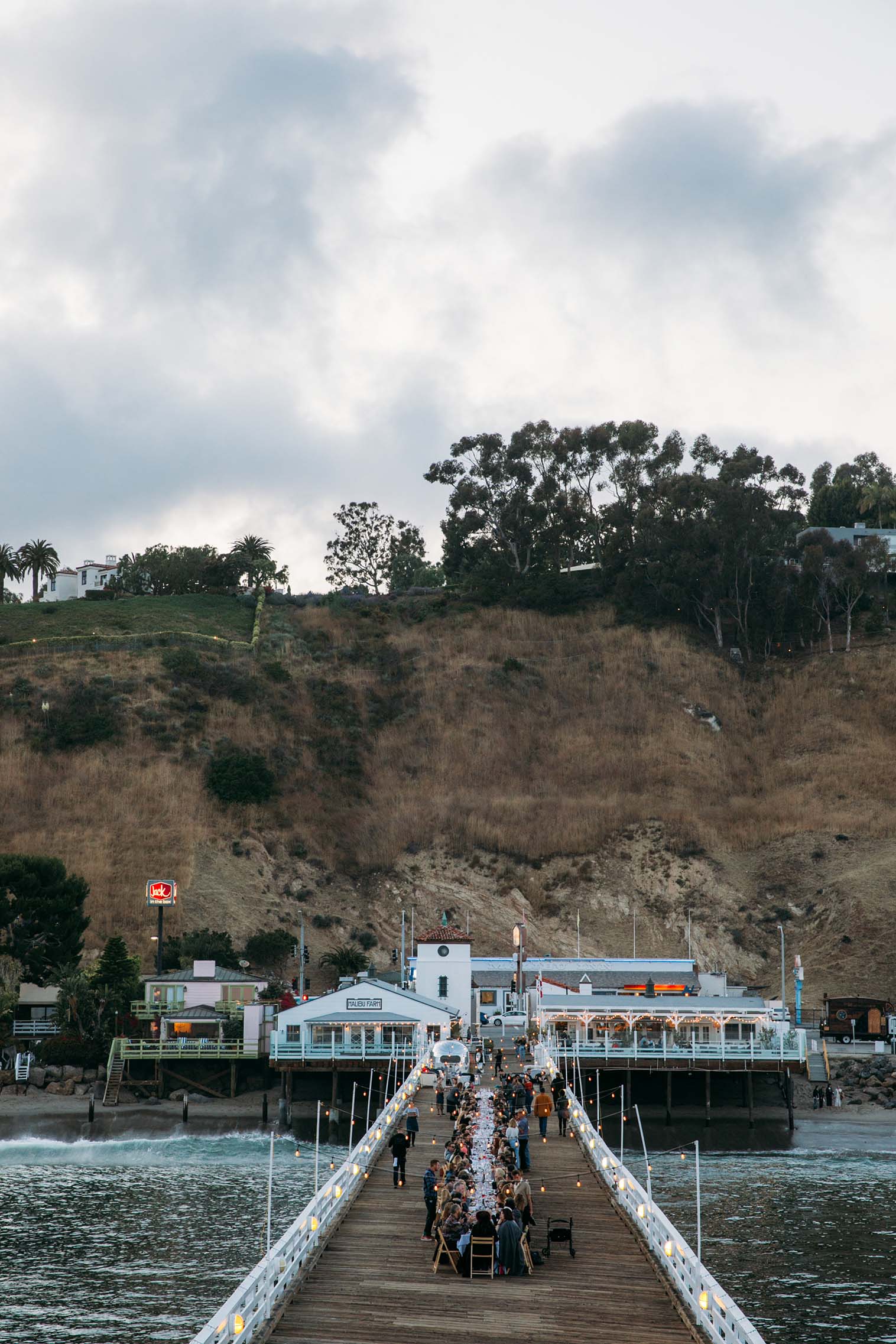 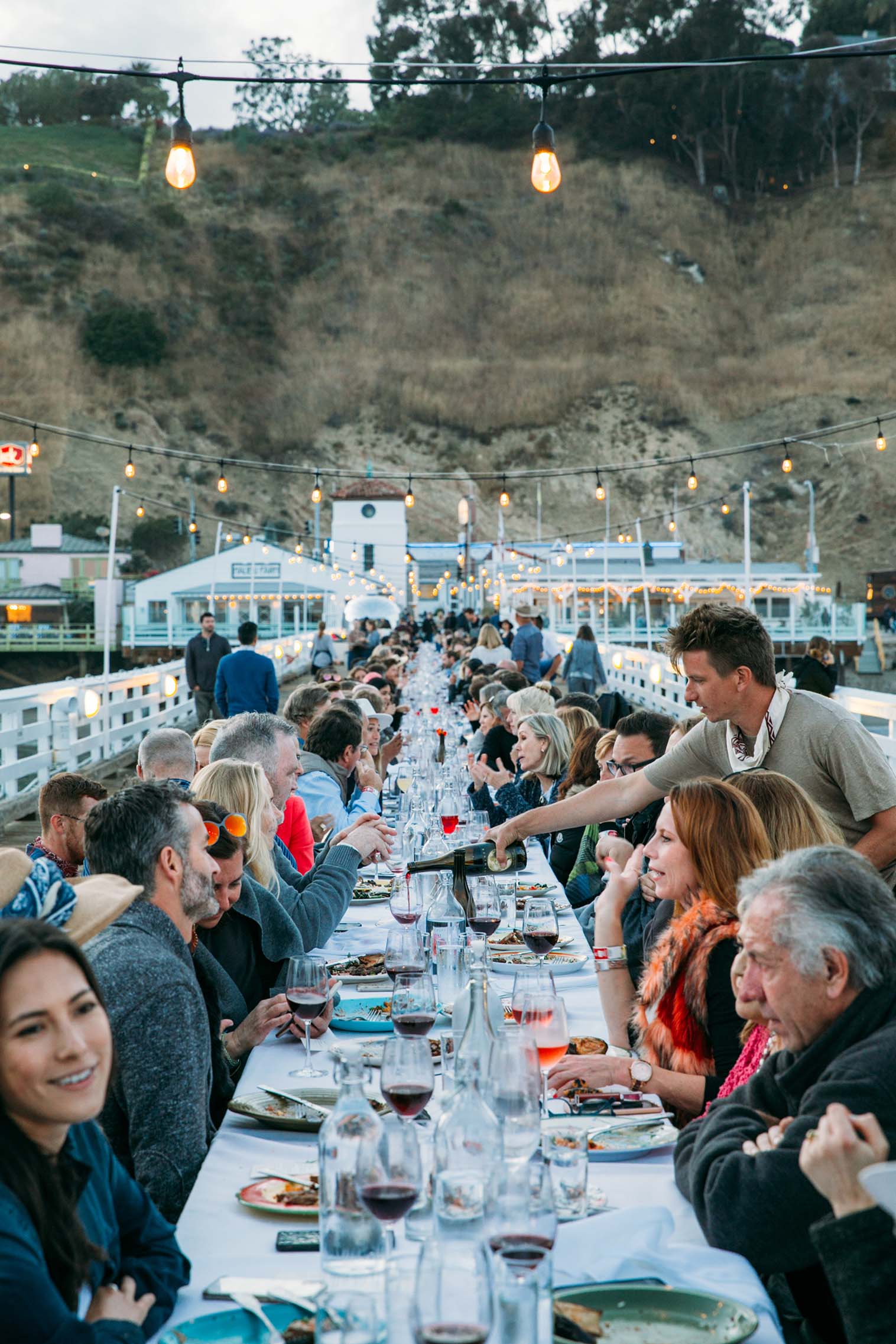 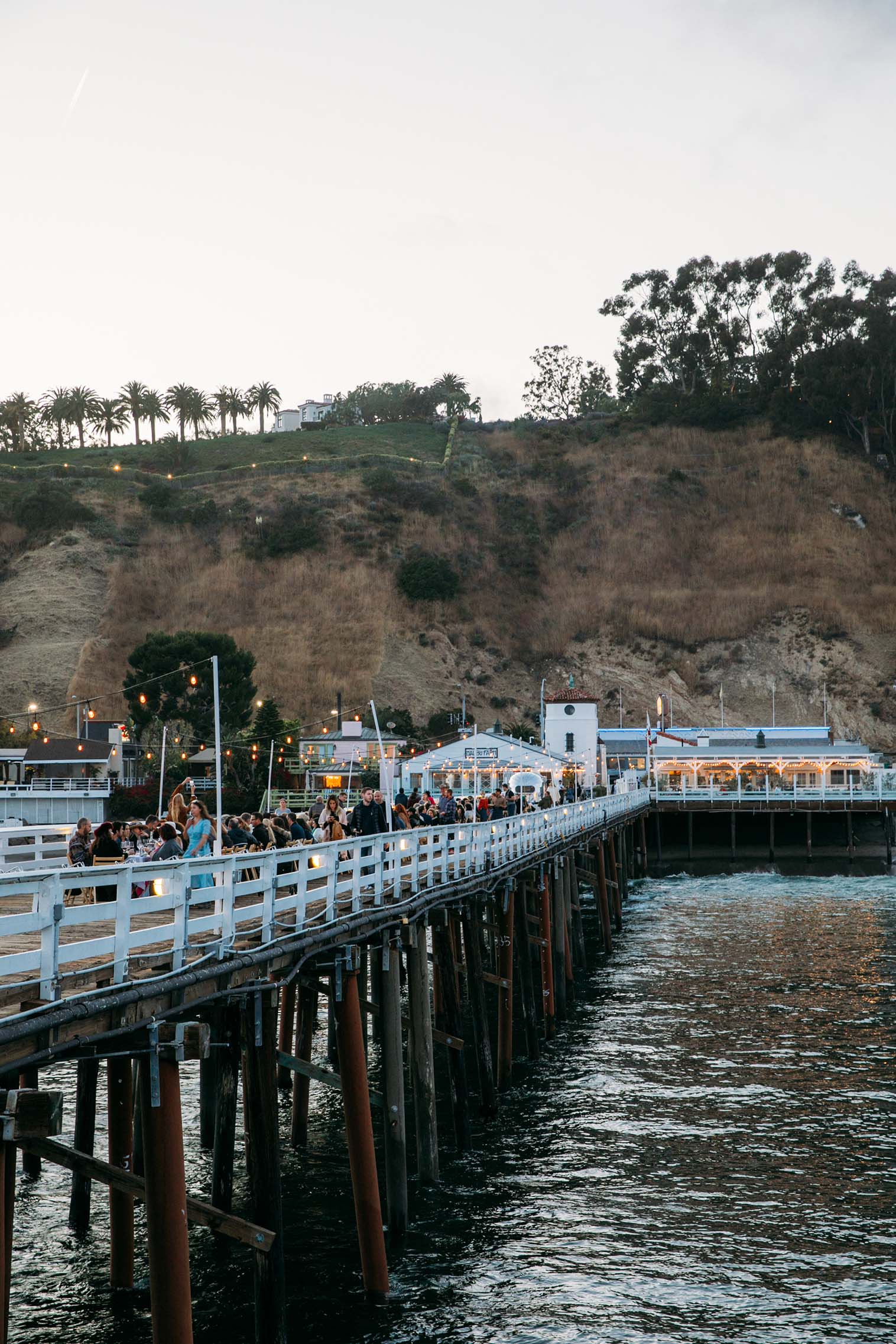 Plan Your Jet Set Wedding at This Apulian Paradise